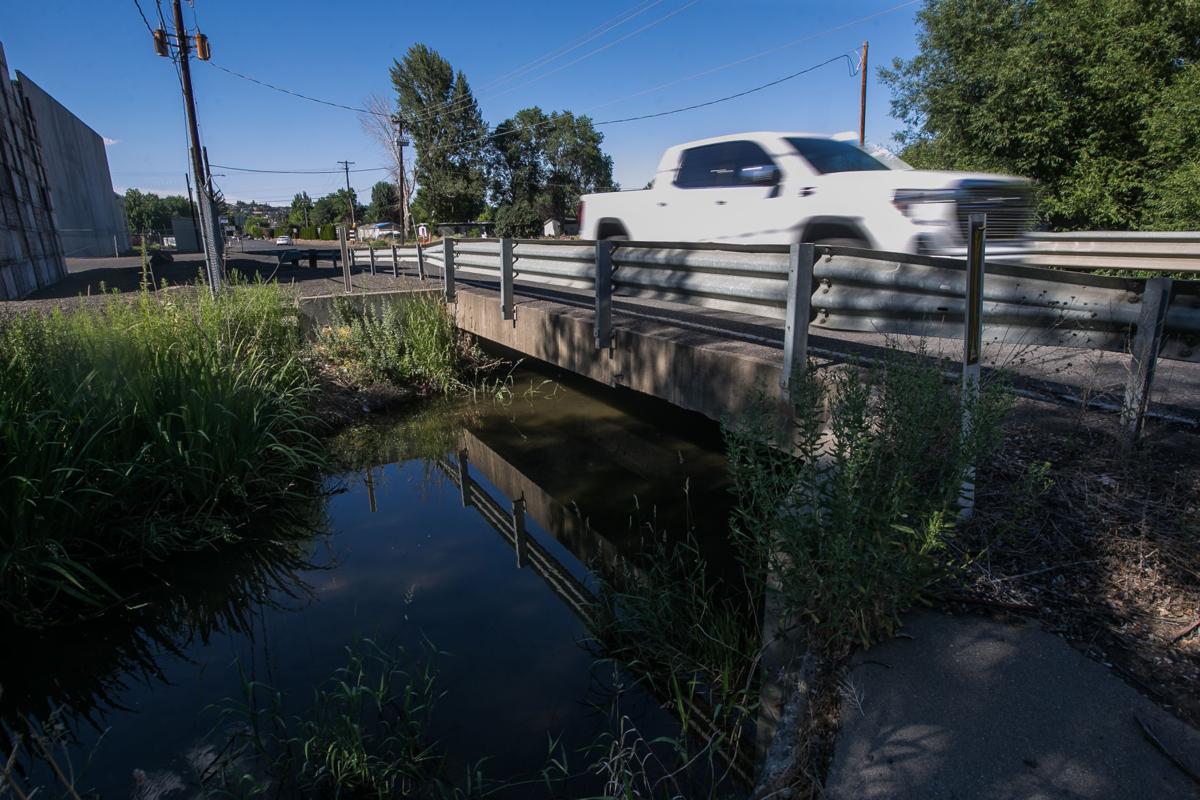 A motorist drives over a City of Yakima bridge above Wide Hollow Creek Wednesday, June 23, 2021, on South 80th Avenue in Yakima, Wash. 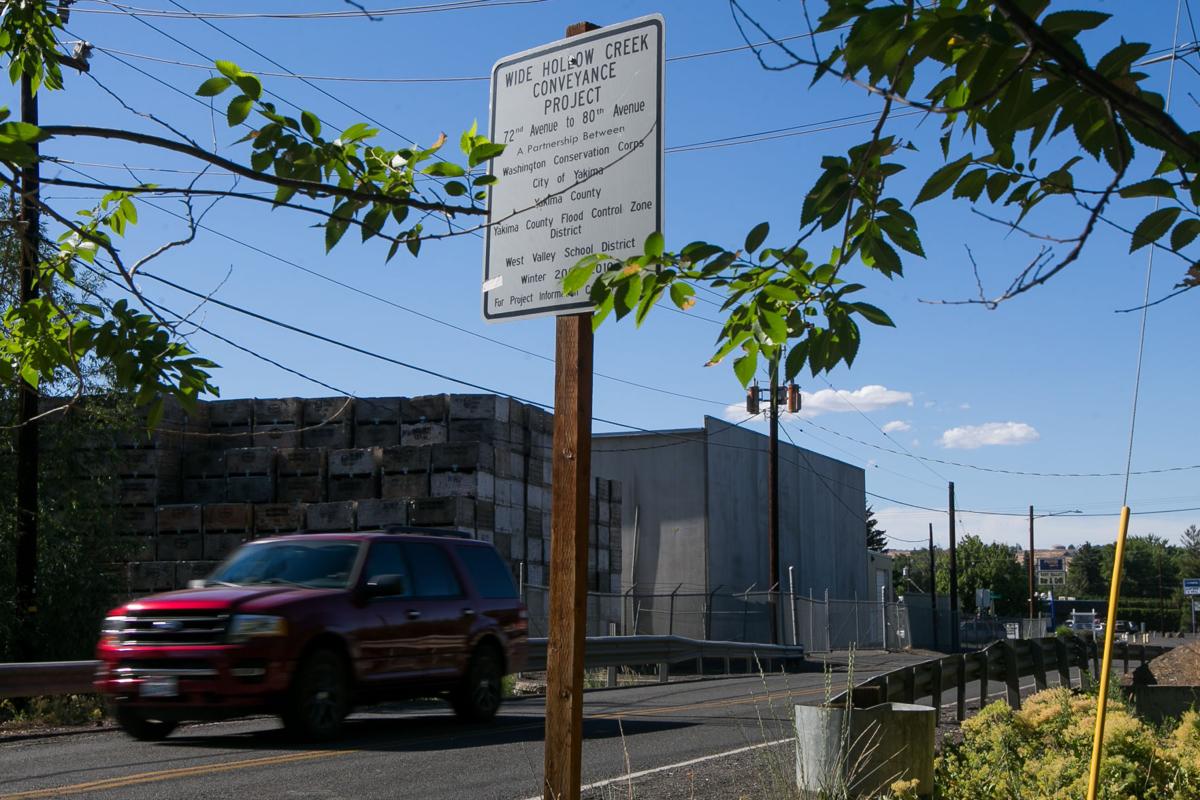 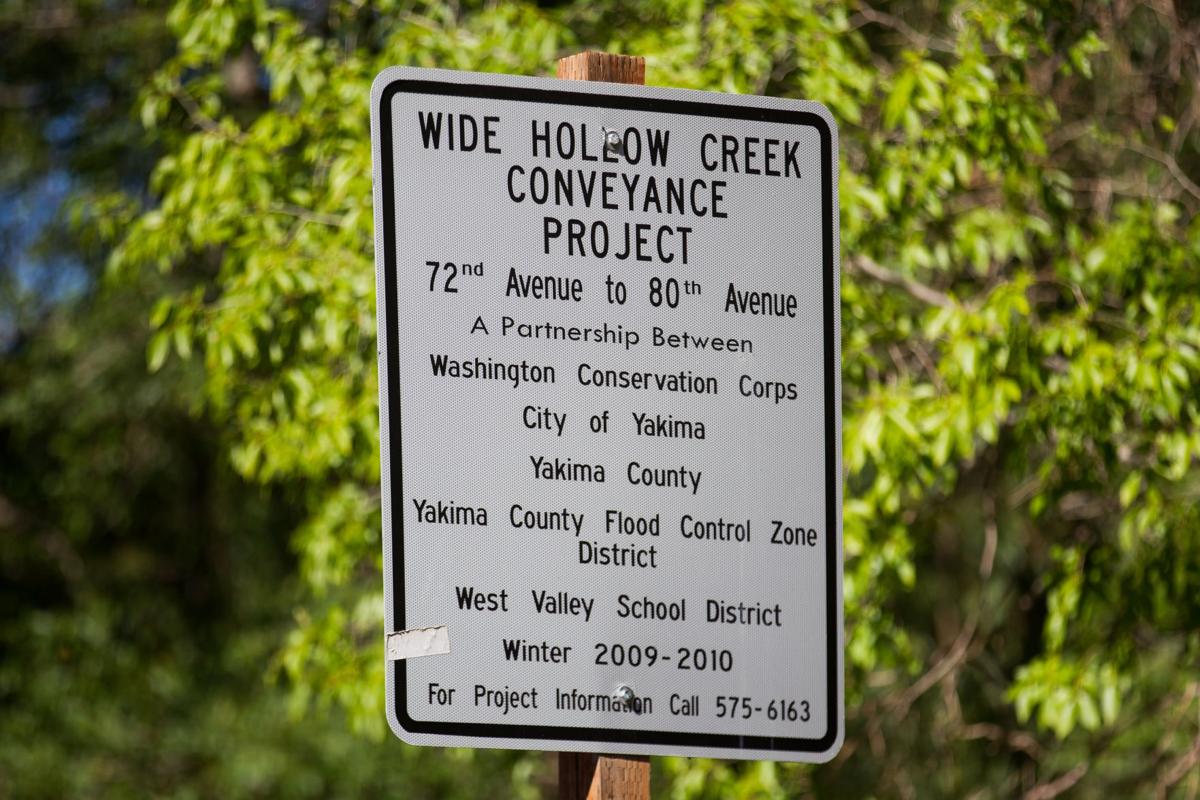 A sign for the Wide Hollow Creek Conveyance Project is pictured Wednesday, June 23, 2021, on South 80th Avenue in Yakima, Wash. 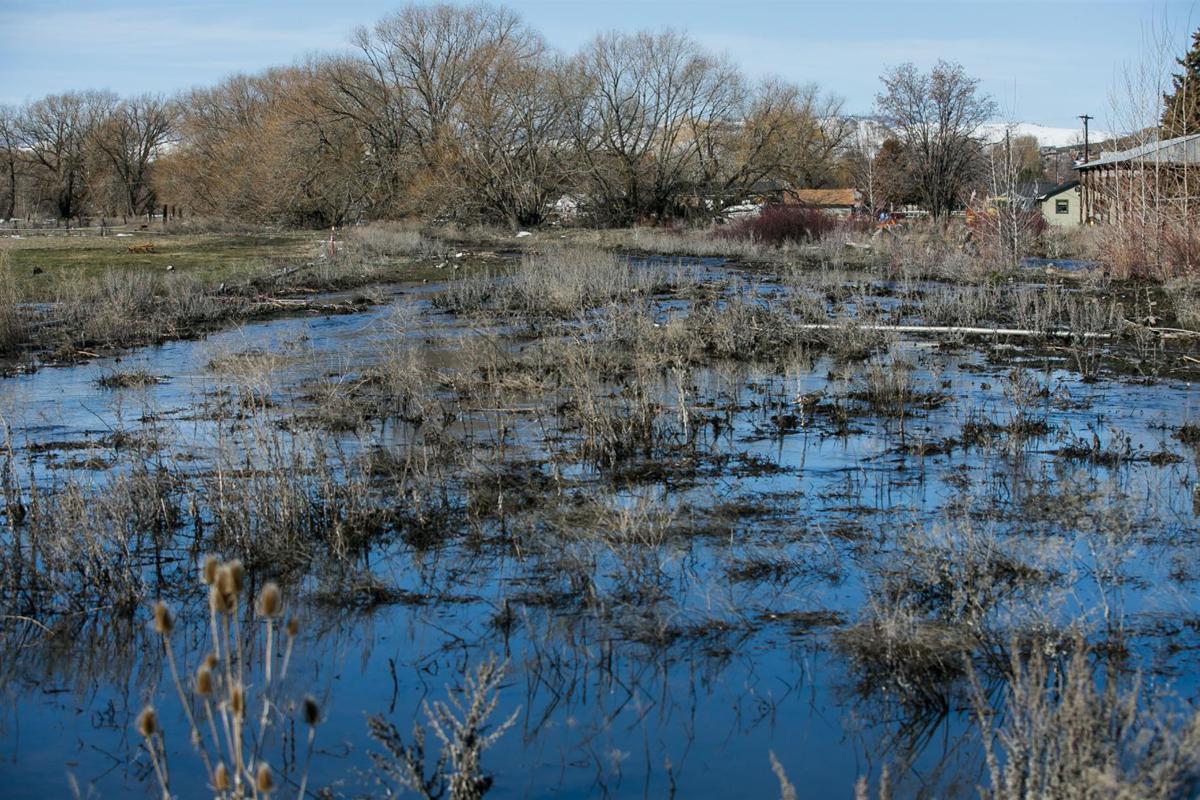 A motorist drives over a City of Yakima bridge above Wide Hollow Creek Wednesday, June 23, 2021, on South 80th Avenue in Yakima, Wash.

A sign for the Wide Hollow Creek Conveyance Project is pictured Wednesday, June 23, 2021, on South 80th Avenue in Yakima, Wash.

Slow progress and consultant errors have led to delays and higher costs for a critical flood project in one of Yakima’s most problematic areas.

City officials have said the convergence of Shaw and Wide Hollow creeks causes more damage than anywhere else in Yakima, with flooding as recently as 2019.

The county has declared a Federal Disaster Area due to countywide flood damage eight times in the past 27 years, and the Washington Department of Ecology put the two creeks on its list of impaired waters.

The county initially planned to complete construction designed to address flooding from Shaw and Wide Hollow creeks by early 2017 at a cost of $3.165 million. But water resources division manager Troy Havens said that price tag is likely to increase to around $5 million and construction won’t start until the county acquires additional grant money.

“In terms of our division, we’ve made a lot of progress and we’ve recognized the large benefit it will have on the community,” Havens said. “It’s still a high priority. We’re still pursuing it. We’re not going to give up.”

It’s a priority for many neighbors. Every extra year adds to the average of approximately $2,000 in annual flood insurance costs for owners of about 240 residences on close to 245 acres — plus about a dozen undeveloped lots — that would be removed from the floodplain once the project is completed.

After making some progress last year, Havens said the county has completed the design for a box culvert at 80th Avenue, except for the bid documents needed once funding is secured. The county also is acquiring properties, including one vital to the project, although Havens said COVID-19 restrictions played a role in preventing another key deal.

Property acquisition along the relocation and overflow channels will continue this year, along with permitting and efforts to find more funding for the project. Construction won’t begin until at least 2024, possibly later.

Successfully obtaining one-year extensions wasn’t enough for the county to get back on track and use most of its grant money.

The delays forced the county to return more than $950,000 of what was originally a $2 million Federal Emergency Management Agency grant, which expired in September 2020. Havens said the state’s Emergency Management Division encouraged project officials to apply for a new FEMA grant.

“We’ve been encouraged on both sides,” Havens said. “They recognize it’s a really impactful project and they’re still willing to look at applications that will come in.”

Consultant errors contributed to delays, both with land acquisition and hydraulics, the importance of which Havens said became clear when flooding in the area didn’t behave as expected in 2016. He’s confident the county fixed those issues and said recently hired consultants appear to be more proficient at land acquisition.

County staff faced more difficulties trying to move forward with the complex work due to two retirements — project manager Cliff Bennett in 2019 and water resources division manager Terry Keenhan, who retired last August. Havens acknowledged it took some time to return to full capacity, but he believes the shuffling of resources and a healthy amount of institutional knowledge allowed them to find an efficient approach.

“It’s an expensive project,” Havens said. “It’s a challenging project. There’s a lot of difficulties, but I think we’ve worked through a lot of those. I think there’s a light at the end of the tunnel.”

Havens noted the removal of floodplain restrictions would allow for new lots in denser developments, although a small portion of land will be added to the floodplain due to the creek channel relocation.

One of those homeowners in the floodplain, Dan Dougherty, said he managed to negotiate his insurance costs down but still can’t make certain changes to his property, such as regraveling his driveway or building a fence. He noted even when the project is complete, the county will need to conduct a study to remove homes from the floodplain, a process Havens said would take one to two years.

Yakima County’s working on a benefit-cost analysis, as required by FEMA’s grant program. The application must show risk reduction benefits will outweigh the costs, and Havens said the county wouldn’t see the money for another two years following approval.

State funds could arrive more quickly, and Havens expects the project will end up using a combination of both. He encouraged community members to write letters of support and the county put a pre-written letter available for download on its website at yakimacounty.us/1585/Project-Updates.