YAKIMA, Wash. — In a settlement, the Yakima County jail has agreed to stop handing local inmates over to U.S. Immigration and Customs Enforcement officers merely at their request.

The settlement could impact other jails nationwide that may be using the same practice.

The agreement ends a year-long federal lawsuit challenging the jail’s practice of placing ICE holds on suspects who were arrested on local charges. 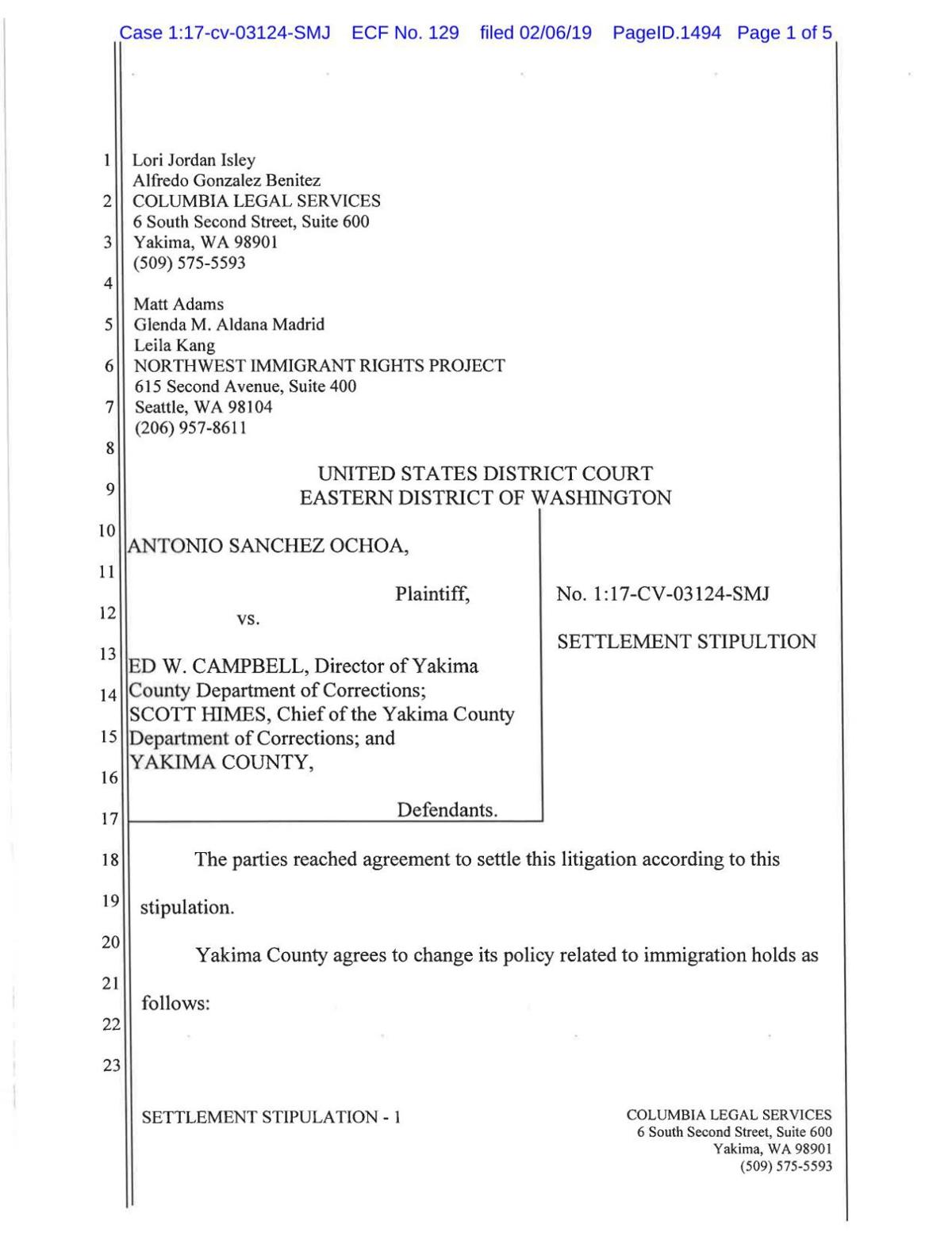 In two separate lawsuits calling the practice a violation of prisoners' constitutional rights, one inmate was denied assistance from a bail bondsman because an immigration hold was placed on him even though a local judge offered him bail on the local charge.

In another lawsuit, an inmate was denied release after a woman had posted his bail.

Until now, the jail would accept immigration holds that were either faxed or called in by an ICE officer. But the lawsuit challenging the practice alleged that corrections officers lacked arresting authority to enforce a warrant that wasn’t signed by a judge, but merely requested by an ICE officer.

• This story will be updated.