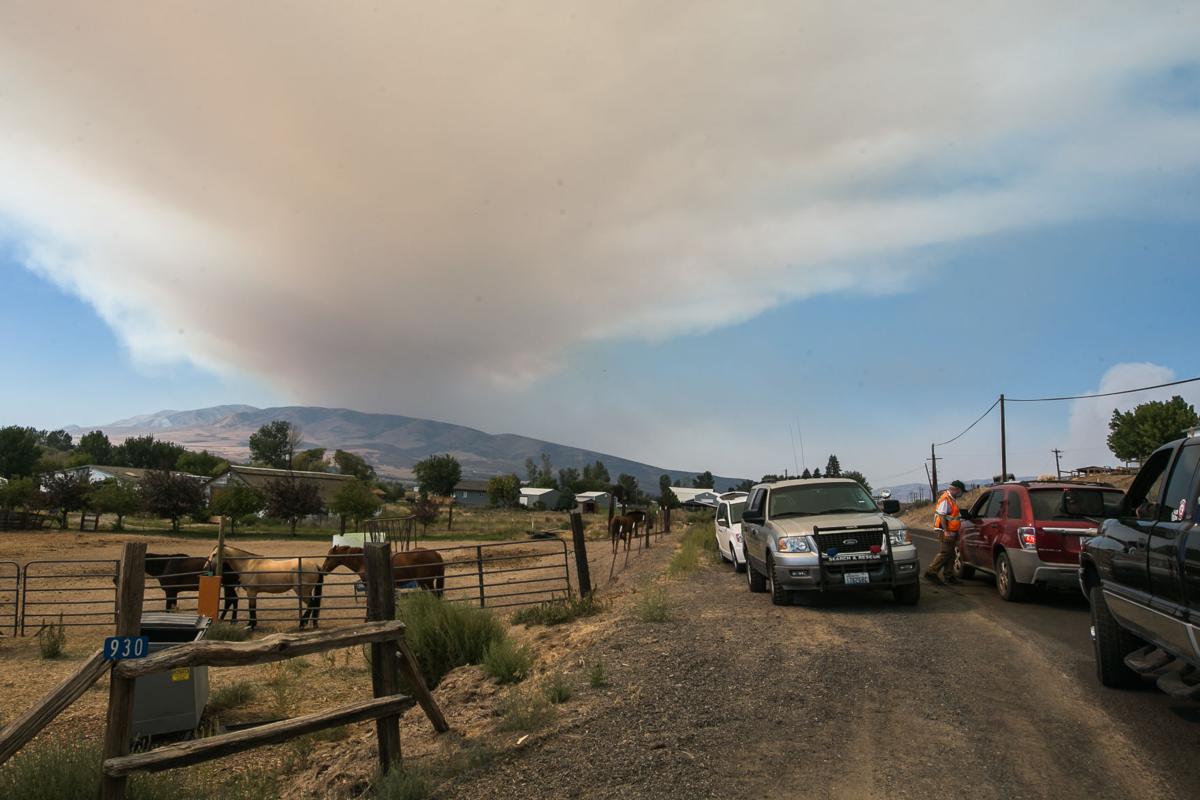 Bob Stonecipher, a volunteer with the Yakima County Search and Rescue team, directs drivers away from the Evans Canyon Fire evacuation zone at the intersection of North Wenas Road and Fletcher Lane in Selah, Wash., Thursday, Sept. 3, 2020. 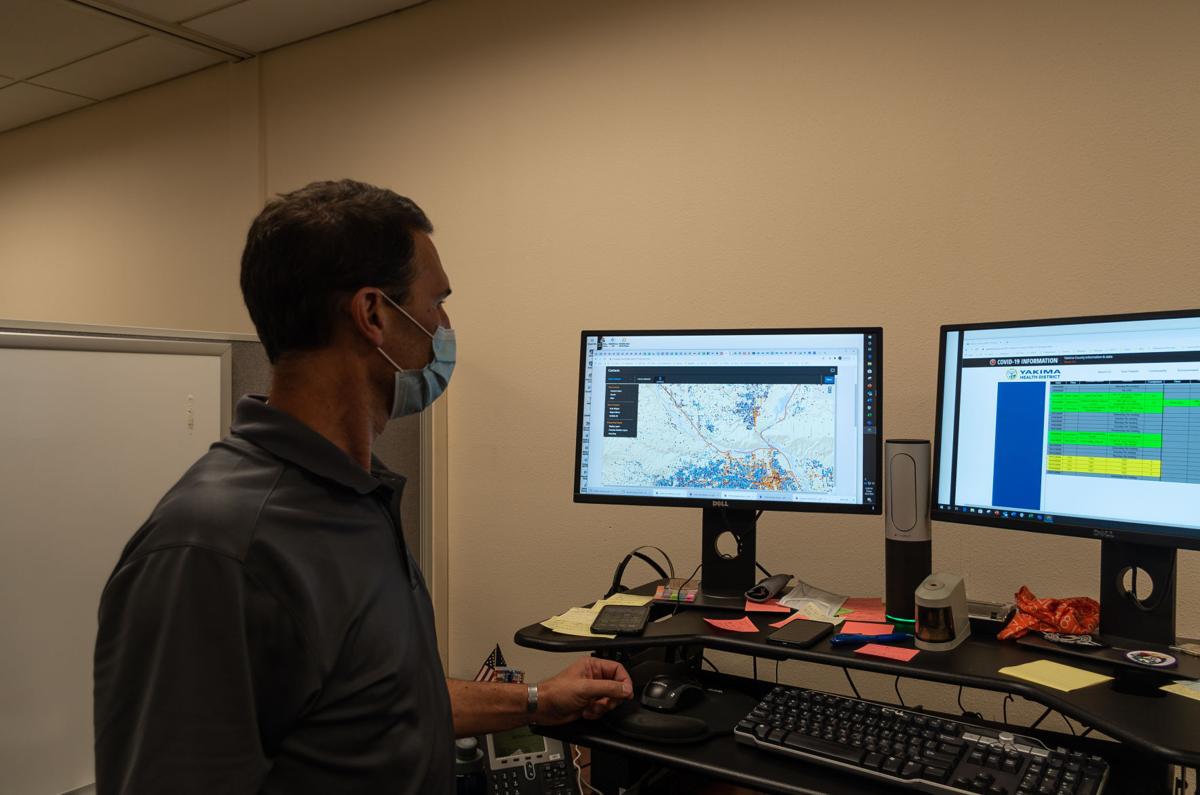 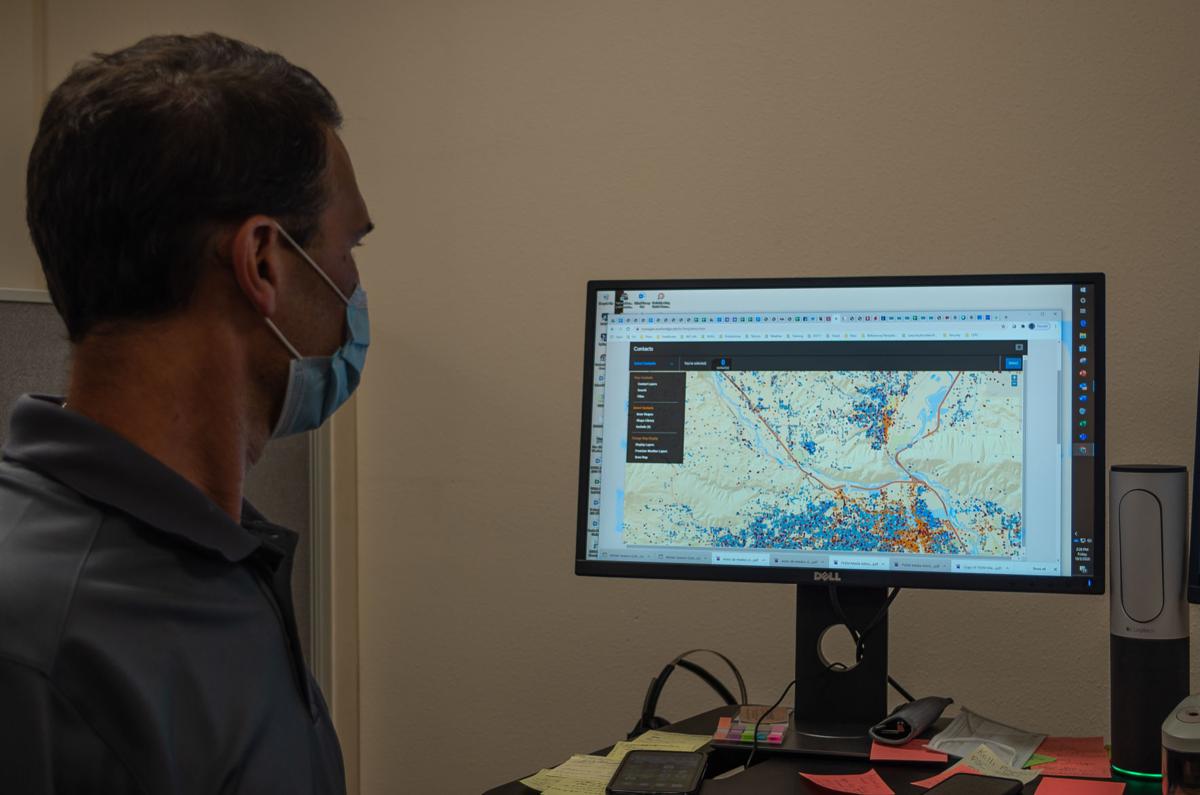 Bob Stonecipher, a volunteer with the Yakima County Search and Rescue team, directs drivers away from the Evans Canyon Fire evacuation zone at the intersection of North Wenas Road and Fletcher Lane in Selah, Wash., Thursday, Sept. 3, 2020.

For the time being, Yakima County emergency managers are asking people to sign up for the county’s emergency alert system while they work on issues with a newer, federally run wireless alert system.

“It’s a work in progress,” said Horace Ward, operations manager for Yakima Valley Emergency Management, of the federal wireless alert system that sent an evacuation order to more people than intended during a September wildfire.

While the wireless system was meant to eventually replace the five-year-old Alert Yakima system, Ward said the older, opt-in system does have the virtue of pinpoint targeting emergency alerts to the people who need it.

Alert Yakima, a product of Everbridge, allows people to receive emergency messages from the county’s emergency management office through their home phones, email, cellphones and text messages. The system sends out alerts about weather conditions, wildfires and other emergencies.

But Ward said the only drawback to the system is that people have to register to receive the alerts. About 70,000 out of the nearly 250,000 people in the county are signed up for it.

“We have a community of folks who don’t want the government to have their phone numbers,” Ward said.

The Federal Emergency Management Agency’s Integrated Public Alert and Warning System offers a way around that. The system allows agencies to send out emergency alerts through radio and television, as well as its Wireless Emergency Alert system, which sends a message to cellphones in an area.

The WEA is the same system that is used to broadcast AMBER alerts for missing children, according to FEMA’s website.

Jason Clapp, an emergency planner with the county, said one of the virtues of the wireless alert system is that it sends messages to all cellphones in the alert area. Even visitors and people just passing through will get the alert, he said.

The system is supposed to allow agencies to select an area where the message will go, with it not “overflowing” the designated area by more than a tenth of a mile — slightly less than the length of two football fields, according to FEMA.

But, as Yakima County officials saw in September, the system is not entirely perfect.

A mandatory evacuation order was sent out Sept. 1 through WEA for people in the area affected by the Evans Canyon Fire, which was burning between Naches and Ellensburg. The message was sent to the cell towers covering the area, but the message was received by cellphone users as far away as Ellensburg and Klickitat County, Ward said.

A second message was sent out shortly afterward asking people outside the area to disregard the evacuation order.

“We don’t want to cause undue panic,” Ward said.

The problem was because only newer cellphones can detect the “geofence” that defines the target area for the message, Clapp and Ward said. That’s about 15-20% of the phones out there, Ward said.

FEMA, on its website, acknowledges the problem, but said that it will resolve when cellphone technology improves over time, either through software updates or when older phones are replaced with compatible phones.

Yakima County had planned a test of the WEA system on Tuesday, targeting an area in West Valley, but officials were told by FEMA and the Federal Communication Commission to cancel it, as test messages are only allowed to be sent to people who opt in for them.

There is a test system for ensuring the message can get into the system without going out to phones, but Clapp said that does not show how or where the message is being received.

Ward said another limitation of the WEA is that, because of older phones, messages have to be 90 characters, while newer phones can receive a 360-character message in the system.

With Alert Yakima, the message can be directly targeted to registered people in the area, even down to a specific house, and people can register both their home and work addresses so they can receive alerts for those areas.

To sign up for Alert Yakima, go to http://www.yakimacounty.us/AlertYakima

Alert Yakima: Older system used by the county. People must opt in. To sign up, go to www.yakimacounty.us/AlertYakima.

Wireless Emergency Alert: A new FEMA system that can send messages to all cell phones in a geographic area. People do not need to sign up, but there were issues targeting messages during the Evans Canyon Fire. It works better on newer mobile phones.