Olivia Newton-John, who played Sandy in 'Grease,' dies at 73 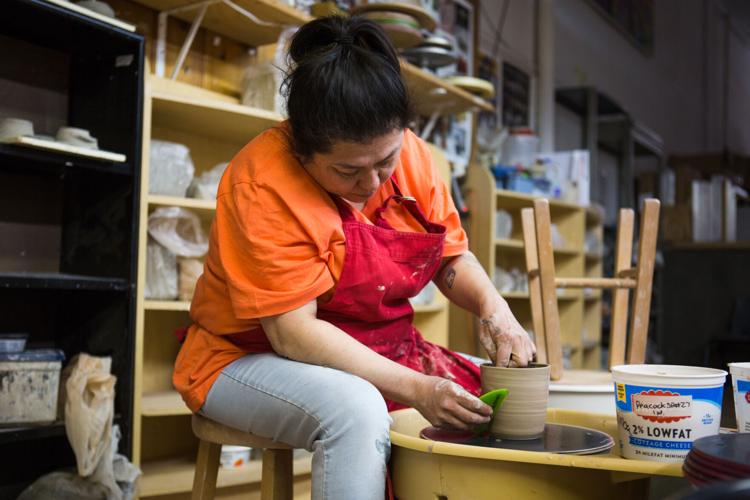 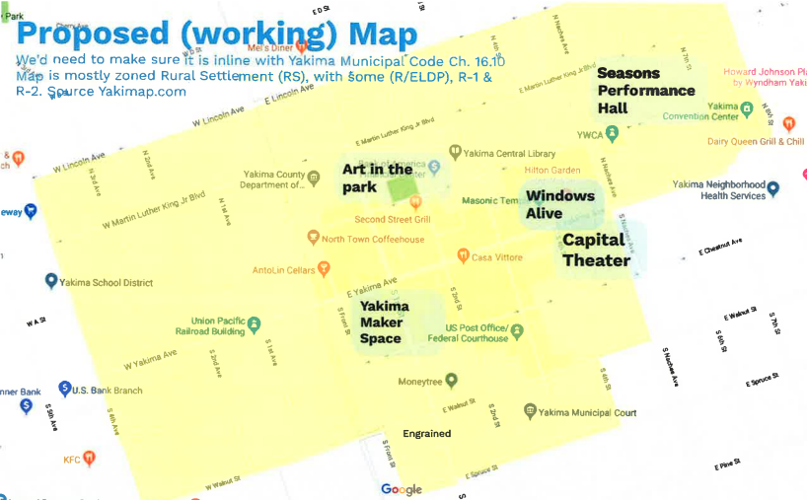 A draft map of the Creative District proposed in downtown Yakima.

A draft map of the Creative District proposed in downtown Yakima.

The Yakima City Council took a step to support the formation of a Creative District in downtown Yakima at its study session Tuesday.

Yakima Arts Commission member Heath Lambe, who presented on the topic, said the district would be a focal point for economic development and enjoying the arts. He said he’s collected comments from community members and organizations about the potential district, which would be created through the Washington State Arts Commission.

He said the district has to meet specific requirements, including being a contiguous, walkable area; having a clearly defined identity and brand; being formally recognized by the city; having a three- to five-year strategic plan; and having a minimum annual operating budget of $20,000 annually.

Benefits would include economic development, improving tourism, getting people downtown and the ability to apply for grants. It would fall under the city and state arts commissions.

Lambe said the district would include art studios, public art galleries, wineries, breweries, performing arts and music — “A lot of the things that we’re doing already in our town,” he said.

The district would also be the location for events already happening downtown, like the Roots and Vines Festival, the Downtown Yakima Farmers Market and Downtown Summer Nights.

The Yakima Arts Commission needs approval from the city before it can apply to the state to form the district.

“Once we have a formal letter from you all saying that you would like to move forward with this, we can write and submit our application and then get to work on the Creative District,” Lambe said.

The council unanimously requested that city staff draft a resolution of support for a Creative District, which will be considered at a future council meeting.

She requested that the council consider creating a new planning document for development in downtown Yakima. The last plan, adopted in 2013, was used to identify projects to enhance the area and bring people to downtown.

The area has changed substantially since that plan was created, Davenport said. Some retail development has been lost in the Central Business District in the last decade as retail has changed, and businesses suffered further during COVID, she said.

“It’s a different community, and we do not have a current downtown plan,” she said.

In a memo to council, which was included in the agenda packet, Davenport said an updated document should include plans for housing; focus on Yakima Avenue as a main street; diversity and inclusion; capital projects and investments; the Creative District, arts and alleys; public parking; public safety; infrastructure; and transit and mobility.

“We know that any effort to redo a downtown plan is going to rely not just on the council’s participation and support, … but it’s got to be driven by the community,” Davenport said at the meeting. “It’s something that we all need to buy into.”

The council didn’t take any action on the item, but council members voiced support for creating a new downtown plan.

“I think we as a community need to look at where we want to go in the future, and so I think that moving forward with the plan is going to be the way to go,” Byers said.

Deputy Mayor Soneya Lund said including business owners and community leaders in the process would be positive.

“I think that we have a really unique opportunity right now to decide what our downtown looks like,” she said.

“I think, right now, the community has been kind of frustrated with the fact of our downtown process that has been an ongoing conversation for decades, and I think we just need to get rolling,” he said.

Need help paying rent or utility bills? Apply for assistance at an upcoming event in Yakima