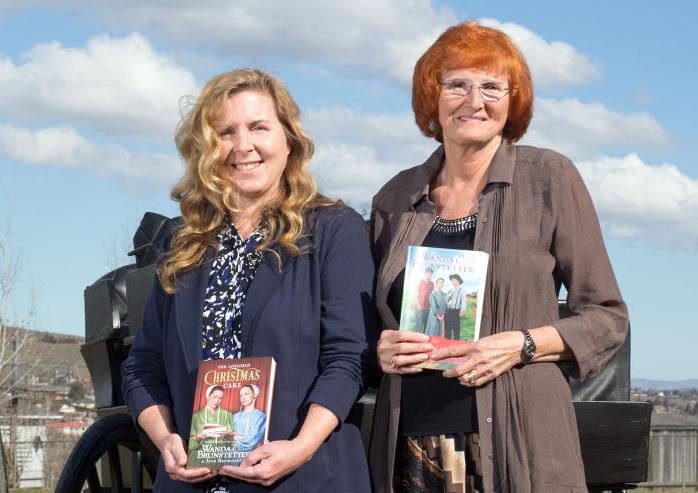 Jean, left, and Wanda Brunstetter, right, pose for a photo next to Wanda's amish buggy in her backyard in Yakima, Wash., Tuesday, February 23, 2016. Wanda and Jean Brunstetter are mother and daughter-in-law and are launching a six-part serial novel that continues Wanda's great success with Amish romance novels. (SOFIA JARAMILLO/Yakima Herald-Republic) 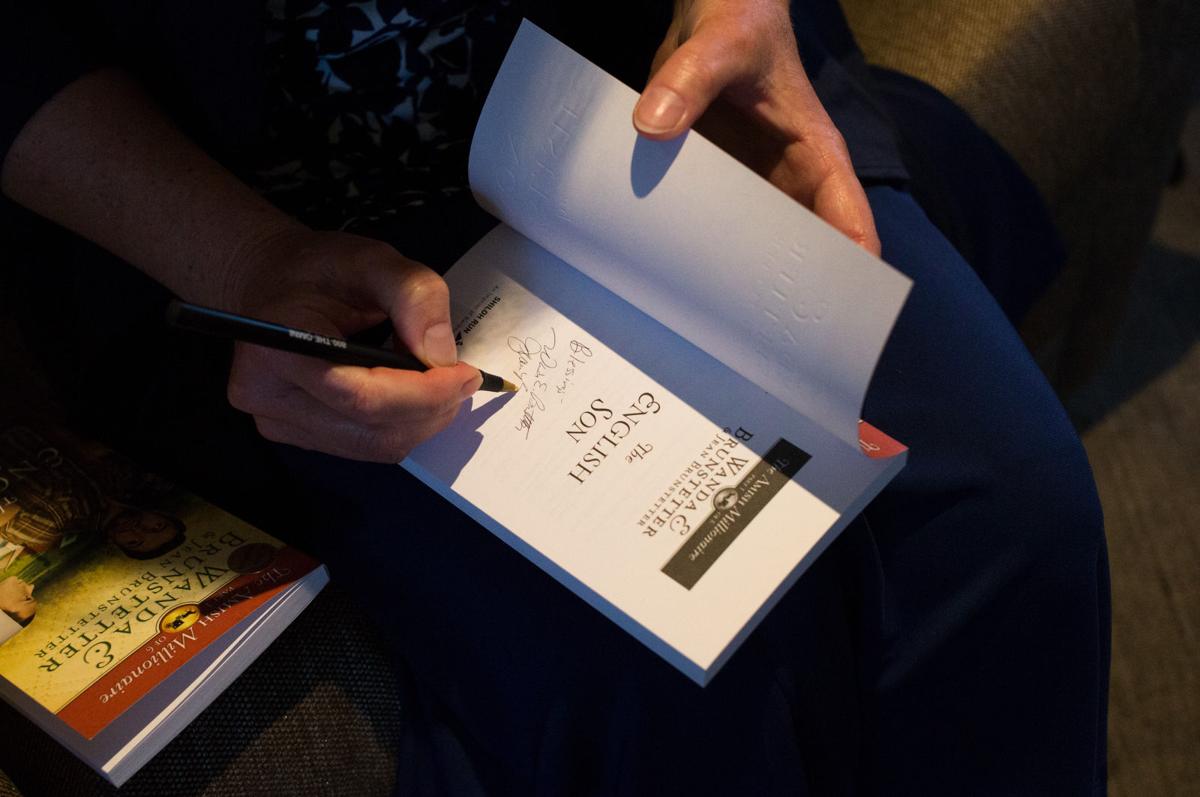 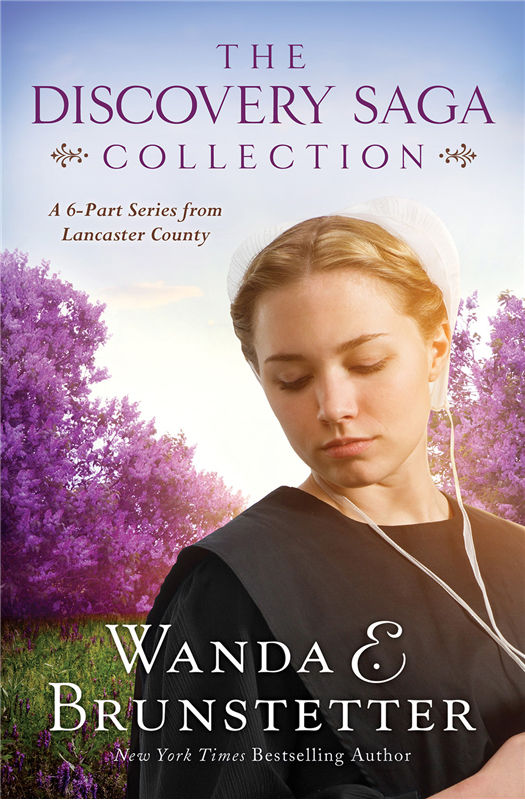 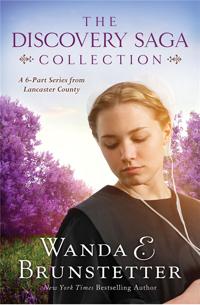 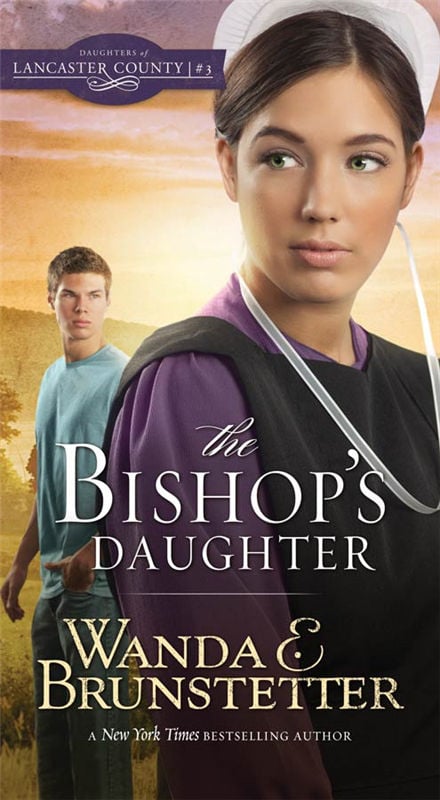 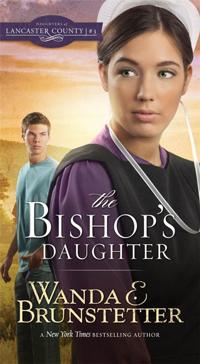 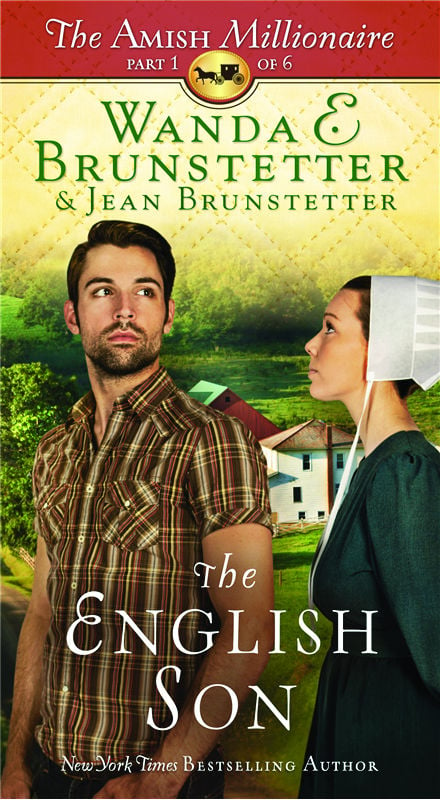 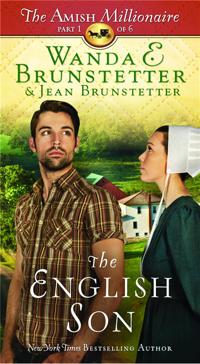 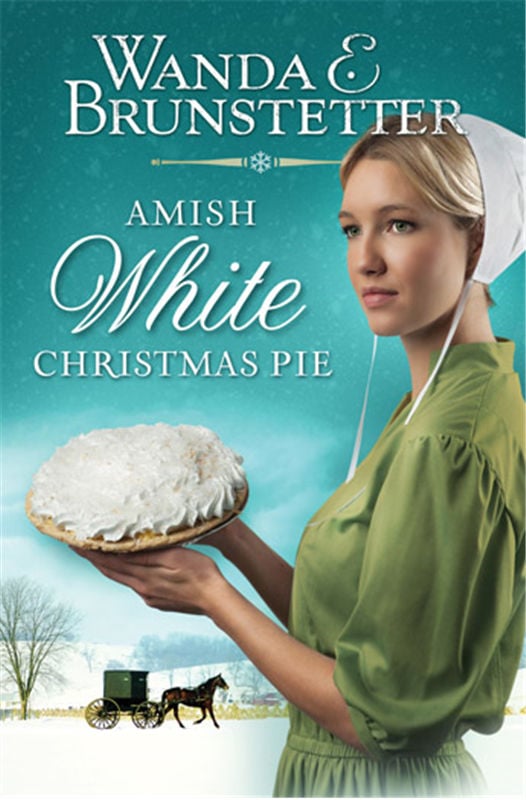 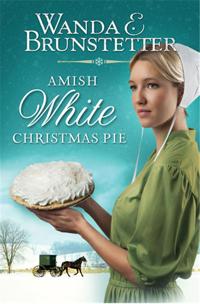 Jean, left, and Wanda Brunstetter, right, pose for a photo next to Wanda's amish buggy in her backyard in Yakima, Wash., Tuesday, February 23, 2016. Wanda and Jean Brunstetter are mother and daughter-in-law and are launching a six-part serial novel that continues Wanda's great success with Amish romance novels. (SOFIA JARAMILLO/Yakima Herald-Republic)

She expected it also would be her last serial novel.

While a prolific writer, Wanda knew a serial novel requires a lot of commitment — too much, she decided. She moved on to new projects in the same genre, including “The Lopsided Christmas Cake,” the first book she co-authored with daughter-in-law Jean Brunstetter, who lives a few miles away.

Barbour Publishing Inc., which she writes for on contract, had other ideas, and company executives asked if she’d write another serial novel. Her reluctance prompted another question during the video conference meeting.

“The president of the publishing company said, ‘Would you do it if Jean helped you?’” Wanda recalled.

She asked, and Jean agreed to help. Their six-part serial novel, “The Amish Millionaire,” releases Tuesday, with a new book coming each month from Shiloh Run Press, a Barbour subsidiary.

In the first book, “The English Son,” Joel Byler makes poor financial decisions, forcing him to return to his Amish roots and his wealthy father, Eustace, for yet another bailout.

“Amish people become wealthy more often than most people realize,” Wanda said. “But none of them acts differently because of it, and they struggle with the same problems and issues that we English do.”

Considered a founder of the Amish romance genre, Wanda has written nearly 70 fiction, nonfiction and children’s books that have sold more than 8 million copies.

The typical reader of Amish romance — which is a literary subgenre of Christian fiction — wants books chaste enough that she can leave them out on the table and not worry about the grandkids taking a peek. The books stress the importance of family, faith and hard work — all admirable qualities for evangelical Christian women, the largest single audience.

Wanda gleans inspiration from personal experience and, more discreetly, from her many Amish friends.

“In my books I show them as real people getting through real problems. How they get through them is their relationship to God and their family.”

Wanda knew while growing up in Tacoma what she wanted to do. She told her parents she wanted to be an author. They disapproved; her father said she was “a dreamer.”

She worked for the government as a clerk typist. That’s how Wanda met husband Richard, a Pennsylvania native and Army man who was stationed at then-Fort Lewis.

They had two children, Richard Jr. and Lorine, and Wanda started a doll hospital and puppet ministry as the children grew. One day, her mother called with an offer.

“She said, ‘I need a favor — I signed up for a writing course and I don’t have time to take it. Can you take it?’” Wanda recalled. “This was like a second chance.”

She completed the correspondence course with the Institute of Children’s Literature in 1980 and started selling nonfiction to children’s magazines, then fiction to religious publications. After selling a book of puppet plays, Wanda submitted her first novel, “A Merry Heart,” to Barbour Publishing.

Published in 1997, it reflects her love of a culture that began when she met Richard, who grew up in a Mennonite church. Wanda later learned that her great-great-grandparents were part of the Anabaptist faith.

“We have a long relationship with the Amish — more than 50 years,” Richard said.

“They say I’m the only one who does it right,” Wanda added.

Over the years, through their travels and her research, the Brunstetters have added many Amish friends to the Amish family they already had.

“I did a speaking engagement in an Amish school; I was very honored,” Wanda said. “I opened it up for questions. Most didn’t say anything, but one boy said, “I want to ask how old are you and how much money do you make?’

“I told him I’m old enough to be wise and I make enough money to have a nice living.”

Their expansive home on 21/2 acres in West Valley reflects Wanda’s success and her admiration for the Amish.

In a room off the kitchen, copies of every single book she’s written — including several published in different languages — fill a built-in bookcase. An intricate Amish quilt covers their bed, and a guest bedroom features more Amish quilts.

Authentic Amish clothing fills one closet, and an open four-seat buggy — complete with reflective triangle on the back — rests in their three-car garage.

Wanda and Jean occasionally work together — the room has two desks — but most often, they work by email, exchanging chapters for additions, fixes or changes after outlining the book and creating its characters together.

“It’s a lot of fun,” said Jean, a soft-spoken homemaker and mother of three who started working for Wanda as an office assistant a few years ago.

“I think working together has brought us closer, though we’ve always been good friends,” said Wanda, who described both as creative and observant.

“And if we don’t know something, we ask,” Jean added.

Their second book together, “The Hawaiian Quilt,” comes out in September.

As often as she can, Wanda writes outside, on a patio near a koi pond. “I get a lot of inspiration outside,” she added.

That’s where her grandson, Richard Brunstetter III, shoots the book covers and the video trailers that accompany each book.

Wanda was 60 when her first novel was published. It’s never too late to chase your dreams, she said.

“If you have a dream, never give it up,” she said.

Hometown: Tacoma. Wanda, 72, and husband Richard, 71, who recently celebrated their 53rd anniversary, have lived in the Yakima Valley for about 20 years. They also have a vacation home in Sarasota, Fla., one of several places where they have Amish friends.

Bestseller lists and honors: “Lancaster Brides” was on the Christian Booksellers Association (CBA) bestseller’s list for seven months. “Lydia’s Charm” made The New York Times Bestseller list for 2010 and “The Healing” made Publisher’s Weekly Best Selling List for 2011. “Goodbye to Yesterday” made The New York Times Best Seller List in 2013, and “The Decision” made the Publisher’s Weekly Best Seller in 2015. Brunstetter was the winner of RT Book Reviews magazine’s 2013 Career Achievement Award for Inspirational Fiction.

Hobbies: Beachcombing, ventriloquism (she has published several ventriloquist books and is a professional puppeteer and ventriloquist), gardening, photography, knitting and spending time with her family.

The Amish movement was founded in Europe by Jacob Amman, (~1644 to ~1720 CE) from whom their name is derived. In many ways, it started as a reform group within the Mennonite movement — an attempt to restore some of the early practices of the Mennonites.

Beliefs and practices of the Amish were based on the writings of the founder of the Mennonite faith, Menno Simons (1496-1561), and on the 1632 Mennonite Dordrecht Confession of Faith.

The Amish who split from Mennonites generally lived in Switzerland and in the southern Rhine river region. During the late 17th century, they separated because of what they perceived as a lack of discipline among the Mennonites.

Some Amish migrated to the United States, starting in the early 18th century. They initially settled in Pennsylvania. Other waves of immigrants became established in New York, Illinois, Indiana, Iowa, Missouri Ohio and other states.

The faith group has attempted to preserve the elements of late 17th century European rural culture.

Excerpt from "The English Son"

"Joel never spoke of his family. Kristi couldn’t help wondering why. Since he had asked her to marry him, she figured it was time to meet his folks. When she’d brought up the topic, Joel informed her that his family was different, and Kristi wouldn’t have anything in common with them; then he’d quickly changed the subject."

YAKIMA, Wash. -- Authors Out Loud, a new series of talks and book-signing events sponsored by Yakima Valley Libraries, begins Wednesday with a…

SUNNYSIDE, Wash. -- Wanda Brunstetter, the West Valley author of nearly 90 books with more than 10 million copies sold, will meet fans at the …