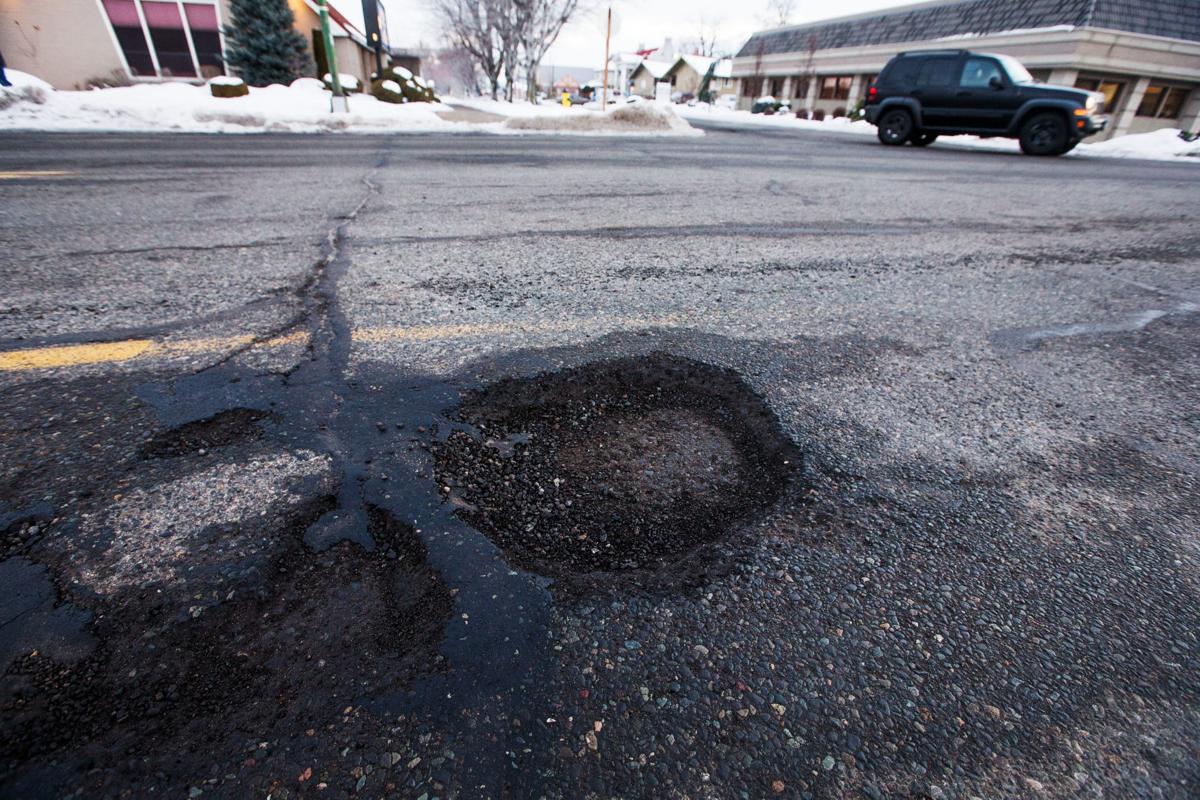 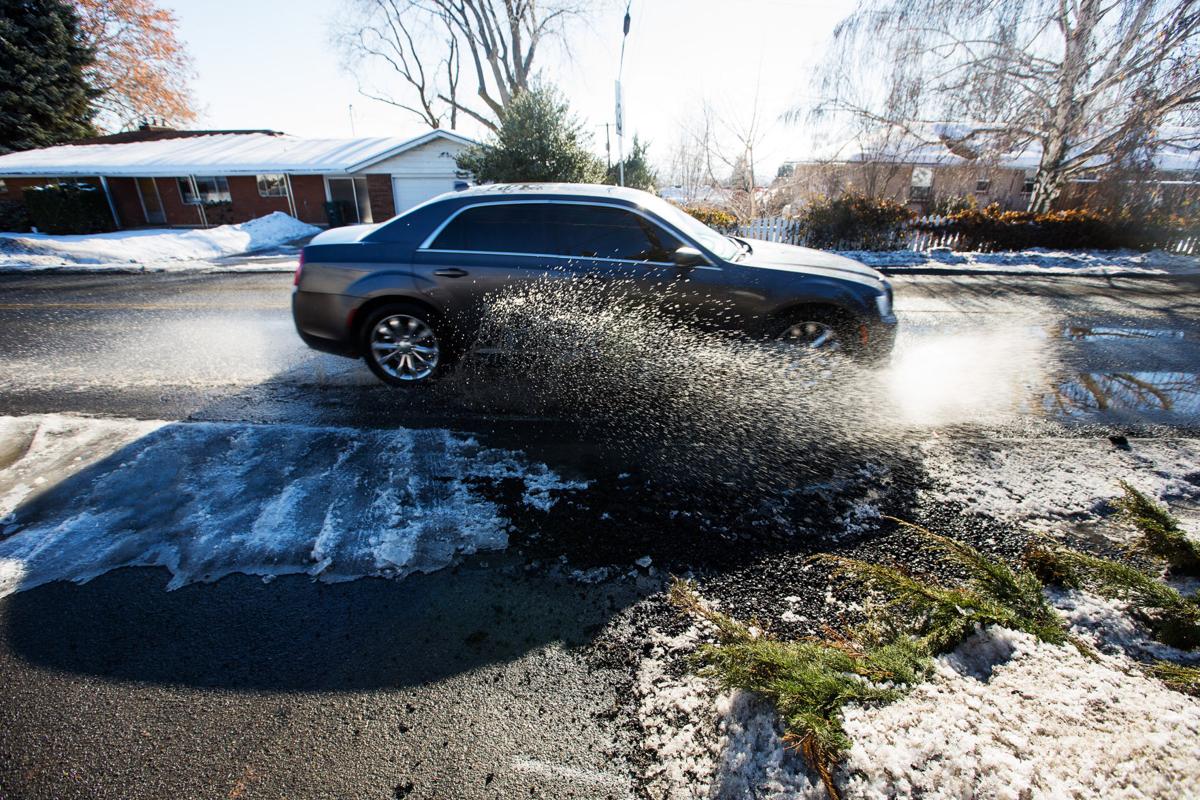 A vehicle splashes up water from a large pothole near the intersection of North 56th and Englewood Avenues in Yakima, Wash., Tuesday, Jan. 24, 2017. Potholes have been appearing on area streets after their surfaces were damaged from freezing. (SHAWN GUST/Yakima Herald-Republic)

A vehicle splashes up water from a large pothole near the intersection of North 56th and Englewood Avenues in Yakima, Wash., Tuesday, Jan. 24, 2017. Potholes have been appearing on area streets after their surfaces were damaged from freezing. (SHAWN GUST/Yakima Herald-Republic)

Yakima is asking residents to report potholes, which have been appearing in ever growing numbers following a winter with no shortage of snow and ice.

“The more eyes we can get out there looking for potholes the better,”  said streets and traffic manager Joe Rosenlund. “When community members pitch in and report potholes, the chances of our crews being able to respond and get the issues addressed go way up.”

The city officials say they hope to repair potholes within a day of receiving a report, but weather and availability of workers and materials can slow the process.

Potholes are especially common this time of year because of the freezing and thawing caused by rising and dropping temperatures. Moisture seeps into cracks in the pavement and expands when frozen, causing small cracks to get bigger.

Traffic over those cracks then loosens the pavement and causes potholes.

Potholes can also be reported by calling the city’s Street Repair Hotline at 509-576-6713 or by e-mailing Streets Division supervisor Dan Bigby at daniel.bigby@yakimawa.gov; or using the city Yak Back website: https://www.yakimawa.gov/yak-back/

YAKIMA COUNTY, Wash. — In the past few days Yakima road crews have gotten at least 30 complaints about potholes and two claims for damages, bu…