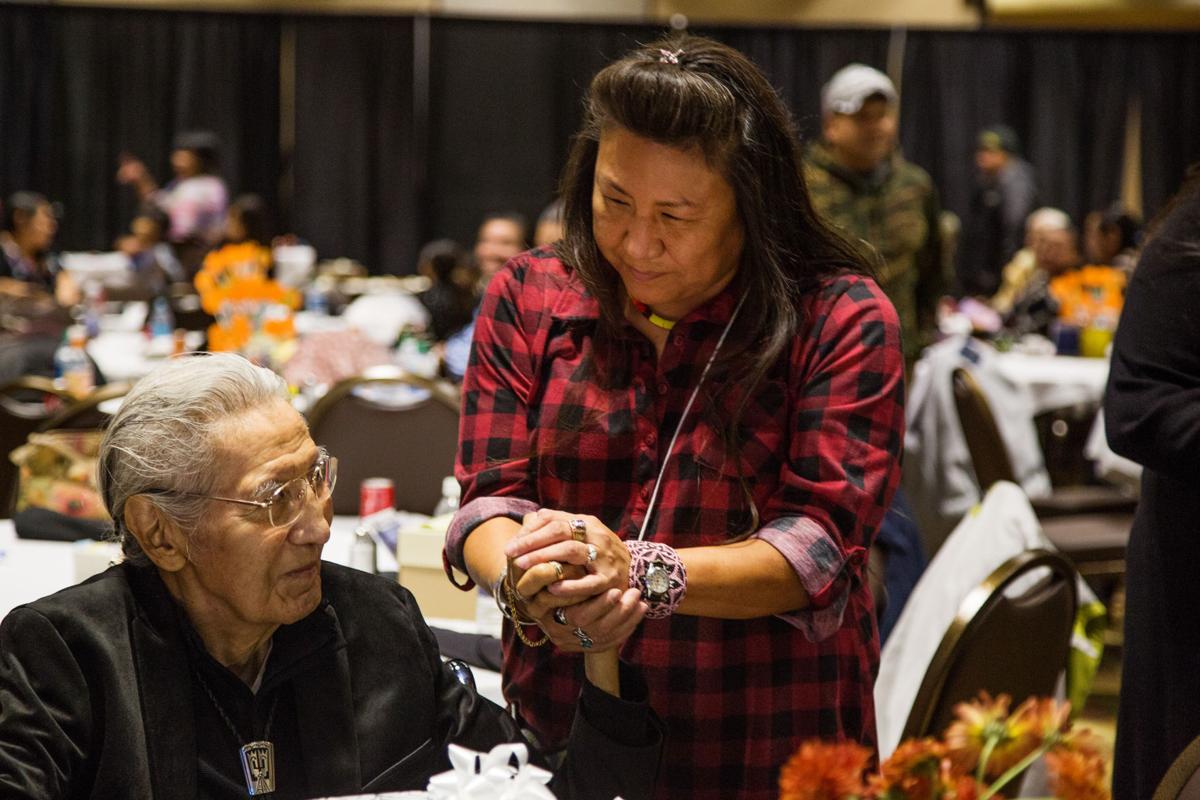 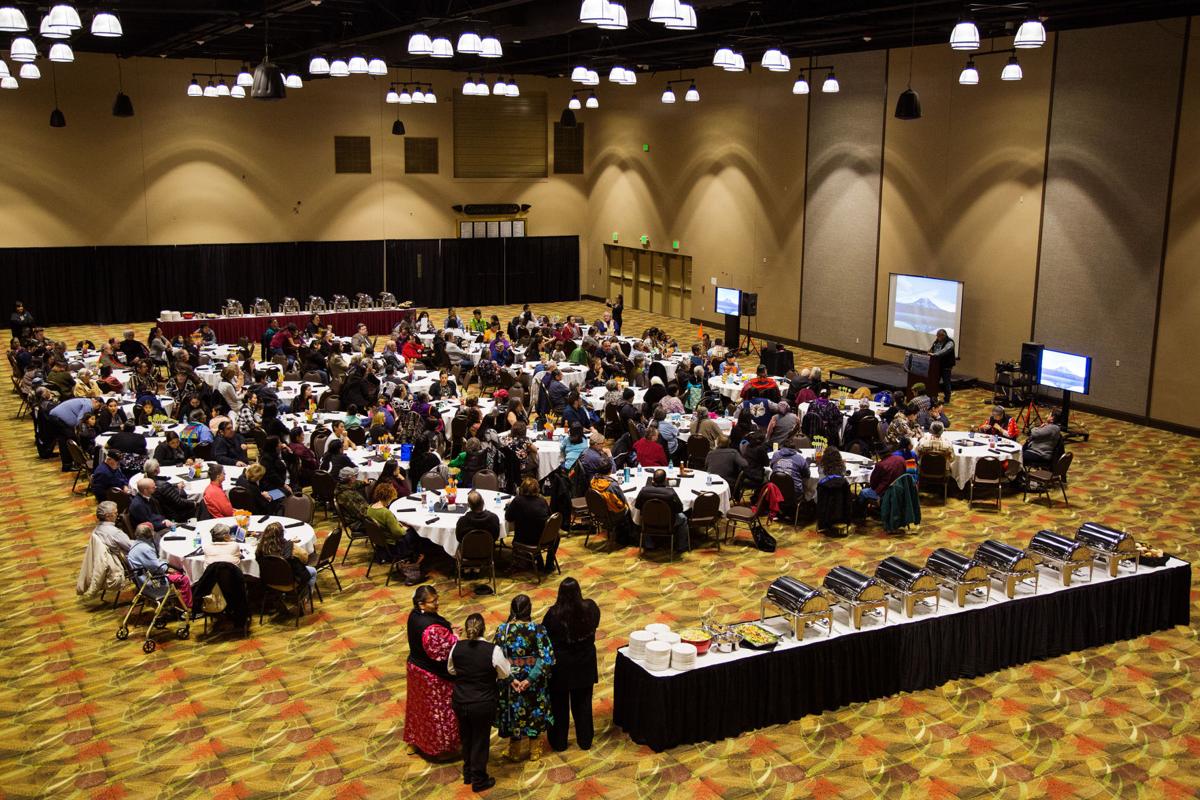 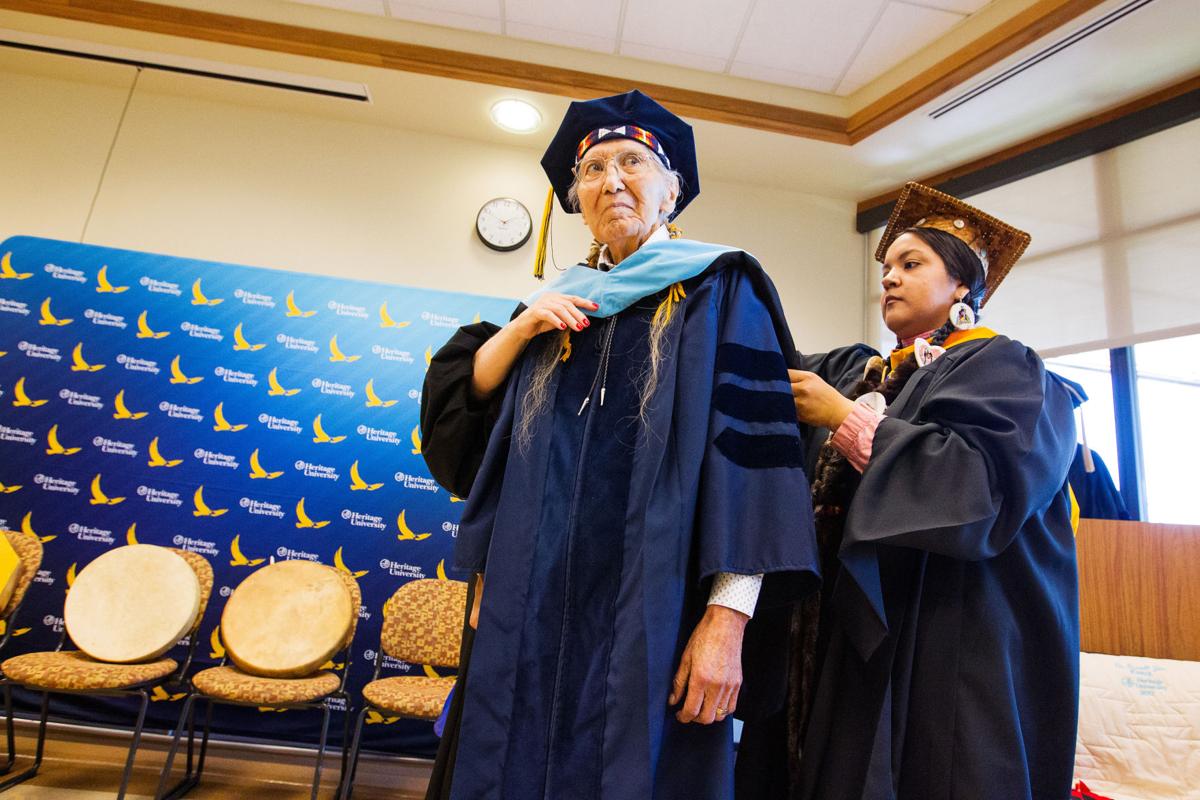 TOPPENISH, Wash. — He led a charge to prevent the Hanford nuclear reservation along the banks of the Columbia River from becoming a nuclear waste depository and was instrumental in giving Native American tribes a voice at the congressional table on nuclear waste cleanup.

After devising his tribe’s Environmental Restoration and Waste Management program, he spent 37 years managing it.

Now, Yakama elder Russell Jim, long regarded as a man with a deep understanding of his tribe’s culture, the environment and Hanford’s production of plutonium, is retiring at 81.

On Monday, more that 200 family, friends and tribal officials and employees gathered in the events center of Legends Casino & Hotel to honor Jim’s tenure of nearly 60 years in tribal leadership roles and to thank him for protecting the river that continues to provide his tribe with salmon and other natural foods and medicines.

Although a stroke claimed his voice more than a year ago, Jim gave his undivided attention to all those who spoke of his accomplishments.

Dana Miller, a tribal archaeologist who worked more than a decade for Jim, read a biography of his life highlighting how he testified before Congress on nuclear cleanup and helped draft federal cleanup policy requiring cleanup work to involve affected tribes and restoration of any environmental damage.

Russell not only had a deep understanding of his tribe’s culture and how it relates to the ecosystem, but also Hanford’s history, plutonium production and its impact on the environment — knowledge he wanted his employees to have.

Tribal Councilman Virgil Lewis recalled being frustrated by sucker fish when fishing as a young man. Jim, he said, pulled him aside and explained the role of the suckerfish and its importance to the ecosystem — all living things are somehow connected.

A video displaying Jim’s cultural teachings throughout the years and his fight with the Department of Energy over Hanford’s impact on the environment and human health was shown.

His knowledge of two worlds — tradition and science — led Heritage University to award him with an honorary doctorate in June.

Sitting at the front of the events center, Jim was presented with a beaded medallion in the shape of an arrowhead.

Many lined up to shake his hand.

In a nearby room was a shrine of photos and other memorabilia chronicling Hanford and Jim’s efforts to seek thorough cleanup.

Photos of him testifying in Congress, meeting with government and tribal officials were displayed on walls and a table, as was information on Hanford, its nuclear program known as the Manhattan Project and its underground storage tanks.

Now the tribe will seek someone to head the program Jim is leaving, but it won’t be easy finding a person with as much knowledge of both worlds — tradition and science.

“There is no one who has as much knowledge of our tribe and Hanford,” said Phil Ridgon, who heads the tribe’s Department of Natural Resources.

TOPPENISH, Wash. — A Yakama Nation elder, long regarded as a man with a deep understanding of his tribe’s culture and the environment, has die…

Russell Jim honored for lifetime of work on nuclear waste

For decades, Russell Jim has worked to remedy Hanford’s legacy of nuclear waste.