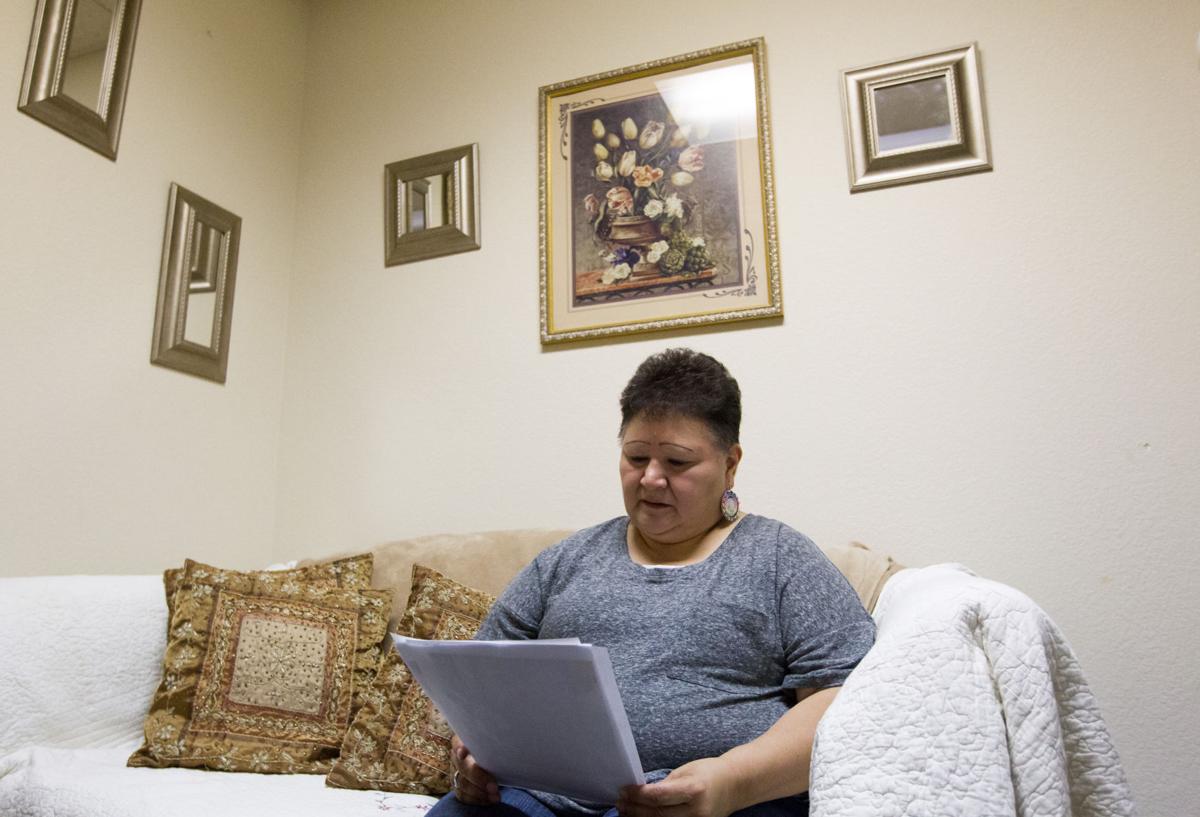 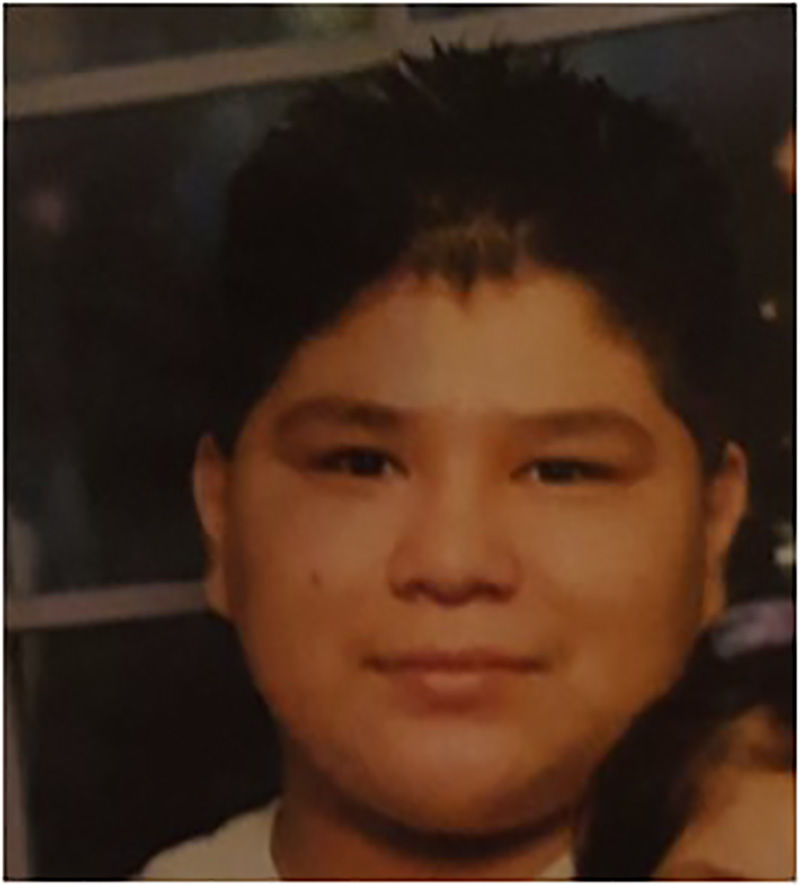 On April 6, 2008, Willeena George got the worst phone call of her life: Her 16-year-old son Dominique Nappo hanged himself in his grandparents’ basement.

“It was a shock; I was angry, crying in disbelief,” she recalled one recent morning. “He never showed any signs. He was always happy, willing to help everyone. No sadness — nothing.”

Anguish, guilt and lingering questions over his death haunted her.

“I went through a lot of grief, turned to alcohol to hide my pain,” she said. “I just felt like dying with him.”

Her experience isn’t unique in Yakima County, where officials say limited resources, a lack of awareness of danger signs and a reluctance often to talk about the issue seem to play a role in a suicide rate that historically has been higher than the national rate.

Recently, the national rate hit a 30-year-high, with 13 people out of every 100,000 taking their own lives, according to the Centers for Disease Control.

But the county’s rate for the past several years has been even higher, with its most recent rate at 15.2 per 100,000 people, according to the county coroner’s annual report.

“We kind of stay up there; we don’t seem to drop,” Yakima County Coroner Jack Hawkins said.

There are several reasons people decide to end their lives, but most prominent are those suffering severe pain from illness who simply want out and youth or young adults who feel profoundly overwhelmed, Hawkins said.

So far this year, there have been 16 suicides in Yakima County as of Friday; the most recent was a man who shot himself at the wildlife preserve south of Toppenish rather than continue suffering from cancer, Hawkins said.

“He left a note and everything,” Hawkins said. “He called police and said he was going to end his life.”

Earlier this month, a teenager who was living in foster care and suffering severe depression hanged himself outside a campground at Bumping Lake, Hawkins said.

“That’s sometimes the most difficult thing, to try and tell kids that their problems today won’t be the same problems they face in three months,” Hawkins said. “I think with a lot of the young people, it’s a lack of coping skills. I don’t condemn or anything because I’ve never walked in their shoes. I don’t think of them any less.”

Yakima County, largely composed of rural areas, isn’t alone. Its rate mirrors that of other counties of similar size. In fact, the state’s overall rate of 15.18 suicides per 100,000 people isn’t far behind the county’s.

Kitsap, Thurston and Benton counties — all roughly about Yakima County’s population — have all seen 30 or more suicides annually over recent years, with Kitsap County topping out at 52 and Benton County at 41 last year, according to coroner reports.

This year, Benton County had four suicides in January, then one each of the two following months with three in April, for an average of 2.5 a month, said Benton County Deputy Coroner Roy McLean.

“We’re woefully inadequate with our resources for the mentally ill,” he said. “There are so many variables.”

Isolation and access to guns, all common in rural areas, coupled with a lack of awareness are major factors in the often higher suicide rates in rural settings, said Rick Weaver, CEO of Central Washington Comprehensive Mental Health.

Guns typically are the most used method of suicide in Yakima County, and they accounted for 22 of the 38 suicides last year, the coroner’s report showed.

A lack of awareness or education about suicidal signs and prevention also are part of the problem, Weaver said.

“In large in the county, those who commit generally have not had contact with a crisis response system or a mental health provider,” he said.

Tragedy has struck George’s life more than once. Her older son Jeremy Nappo, 17, was killed in a car accident two years before Dominique hanged himself.

After a bout with alcohol, she finally sought treatment that included counseling to help her deal with her loss.

Birthdays and the anniversary of Dominique’s death are the hardest times of each year, she said.

“I’ve learned to talk to a counselor and know my triggers,” she said. “My biggest issue was I wouldn’t talk about it. For a long time, I wouldn’t face it.”

But now she has, and learned ways to cope. Dominique’s birthday was Tuesday; he would have turned 23.

George always posts a memorial for him on Facebook, and holds a balloon release. On his birthday this year, she said she planned to hand out sack lunches to the homeless in his memory.

She encourages parents to stay heavily involved with their children.

“Be aware of your kids’ behaviors, feelings,” she said. “Engage with them more, talk to them more — let them know that you love them and care and that they can come to you and talk to you and not be ashamed to talk about anything.”

Today, George works as the administrative assistant for Yakama Nation Behavioral Health in Toppenish, which began specializing in suicide awareness and prevention programs several years ago.

George not only helps administer the program and plan events, but she shares her story. She even works with others dealing with alcoholism and experiencing suicidal thoughts.

She hopes her efforts help remove the stigma surrounding suicide and mental health in general.

She recently talked one woman she was helping recover from alcoholism out of ending her life.

“It was really hard for me to listen to her cry and everything she was going through, but I talked her through it,” George said. “And that was once one of my biggest fears to encounter something like that because I would shut it off whenever someone would talk about that.”

Suicide is no stranger to the Yakama Nation, and it’s no secret that suicide rates among Native Americans are three times higher than the national rate.

“It has always been an uncomfortable discussion,” she said. “We always struggle to try to get them to come in (for help).”

But that’s changing, thanks to free awareness and prevention training her program has been offering area schools, agencies, and other organizations. “Really anyone who wants it, on or off the reservation,” she said.

“One thing we realize is that suicide doesn’t discriminate,” added Aryell Adams, a mental health counselor with the tribe’s behavioral health program.

“You should treat it like your physical health,” Adams said. “Talking about it decreases the chance of completion.”

“Usually if you can talk somebody down 10, 15 minutes, then the impulse goes away,” he said.

Efforts similar to the tribe’s to involve the community in suicide prevention and intervention are becoming widespread and largely embraced, he said.

Facebook has even introduced a tool to allow people to flag posts that indicate someone is planning suicide. Posts flagged with such a warning will be reviewed by a team of the social network that will provide prevention information.

“We’re seeing more and more people willing to take the time to learn about it,” Weaver said. “We’re doing hundreds of trainings a year.

“They all are similar in that they teach you to ask the question: Do you feel like hurting yourself?”

These signs may mean someone is at risk for suicide. Risk is greater if a behavior is new or has increased and if it seems related to a painful event, loss or change.

• Talking about wanting to die or to kill oneself.

• Looking for a way to kill oneself, such as searching online or buying a gun.

• Talking about feeling hopeless or having no reason to live.

• Talking about feeling trapped or in unbearable pain.

• Talking about being a burden to others.

• Increasing the use of alcohol or drugs.

• Sleeping too little or too much.

• Loss of interest in things one cares about.

• Giving things away, such as prized possessions.

■ Do not leave the person alone

■ Take the person to an emergency room or a medical or mental health professional.

Getting help for mental illness: Where do you go?

Jose Campos Jr. has struggled with mental health issues for most of his adult life.

TOPPENISH, Wash. -- In effort to spread awareness and prevent people from taking their own lives, the Yakama Nation Behavioral Health program …