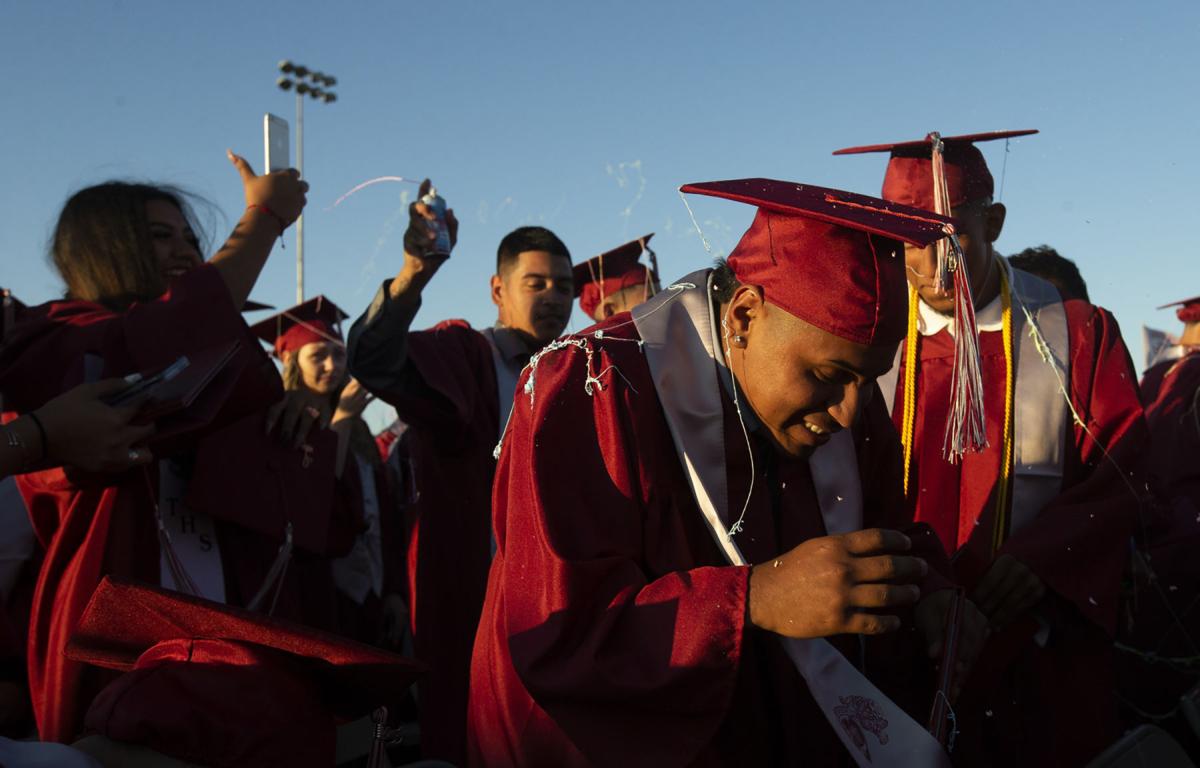 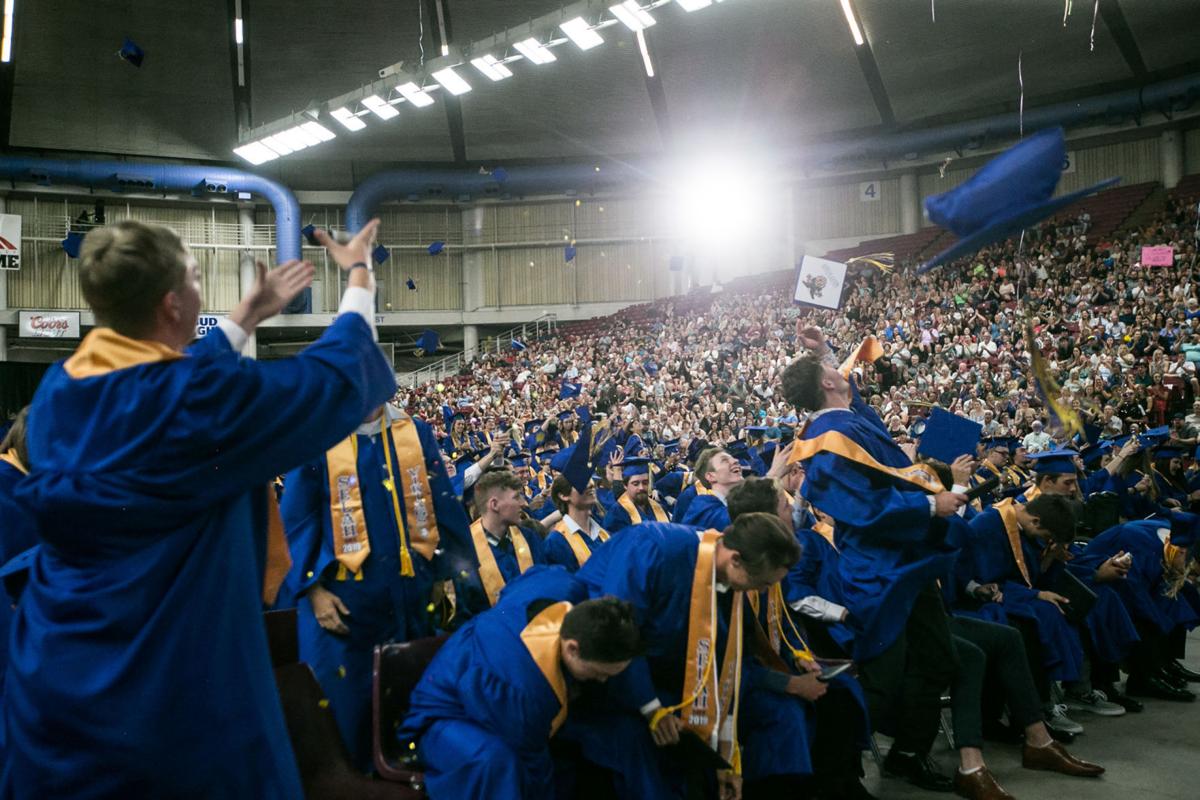 FILE—Selah High graduates toss their caps in the air after receiving their diplomas on Saturday, June 1, 2019, at the Yakima SunDome in Yakima, Wash.

FILE—Selah High graduates toss their caps in the air after receiving their diplomas on Saturday, June 1, 2019, at the Yakima SunDome in Yakima, Wash.

It’s official: Starting this school year, Washington students no longer need to take a federal test to earn a high school diploma. Instead, students now have a new menu of options that acknowledge differences in their pursuits after high school.

The state’s Board of Education voted unanimously to approve a set of graduation pathways and other rules at its recent meeting in Bremerton. But some see the changes as a step back, because they think the new requirements lower the bar for earning a diploma.

Washington high schoolers were among the last in the nation required to pass a set of federally mandated tests to graduate. A state law signed this year nixed that requirement, and education officials have spent the past several months crafting alternative pathways.

The new rules could encourage school districts to identify students who may be eligible for one of the new graduation pathways.

In Yakima County, officials from several school districts expressed excitement about the CTE option during a September community forum with Board of Education representatives. They said the change could make graduation more accessible to a broader range of students and help fill local employment gaps.

Starting with the class of 2020, students can choose from a long list of pathways that recognize multiple types of learning. The pathways also add flexibility for those interested in options other than a four-year college degree, such as the military or a technical profession. About 34% of Washington students enroll in a four-year college the year after they graduate from high school; 28% seek a two-year associate or technical degree and 38% don’t enroll in a higher-education institution, according to the state’s most recent data.

Students must also still meet a set of credit requirements and complete a personalized “high school and beyond plan” that charts their career and education goals.

“This takes some emphasis off testing in our system, which is a positive thing,” said Randy Spaulding, the state board’s executive director. “It also puts students’ different pathways and their goals on a level playing field.”

Leading up to the board vote, a draft of the rules drew intense interest from parents, education advocacy groups, business leaders and lawmakers. More than 450 people and organizations submitted written comments, board officials said.

In one letter to the board, a group of lawmakers who championed the state law that cut ties between graduation and the federal “Smarter Balanced” tests called the draft proposal “inconsistent with the intent of the Legislature.”

Legislators took particular issue with the proposed CTE pathway. The board’s proposal allowed students to take CTE courses in different disciplines. But according to the new law, students in such a pathway must take a sequence of related courses ensuring they’re prepared for additional training or to enter a career.

In response to the criticism, the board revised its rules, leaving it up to school boards to approve sequences of CTE courses. This gives school boards oversight, said Peter Maier, chair of the state Board of Education. But it also allows them flexibility to decide if certain courses fit together, he said, such as agriculture and robotics.

“I’m pleased with the direction they’ve taken,” said state Sen. Lisa Wellman, D-Mercer Island, who chairs the Senate Early Learning and K-12 Education Committee. “They spelled it out more specifically than we have in the legislation.”

Not everyone is pleased. There’s no guarantee that CTE pathways are equitable across the state, said Libuse Binder, executive director at the nonprofit Stand for Children Washington. Binder also took issue with the military pathway, which allows students to graduate if they meet a minimum score on a military exam.

“If you are a student who is graduating without a degree or the training to set them up for the next phase of their life, the stakes are extremely high,” she said. “At the end of the day, we still feel that the bar is too low.”

Now that the rules are official, what’s next?

For students and families, the most important step is understanding them. To graduate, students must complete one of the following:

Students graduating in 2020 who didn’t pass the Smarter Balanced tests are also eligible to apply for a waiver from the graduation requirements, but must show their readiness in other ways. This class is the last who can take advantage of the waiver. (The class of 2020 will also be able to access the new pathways.)