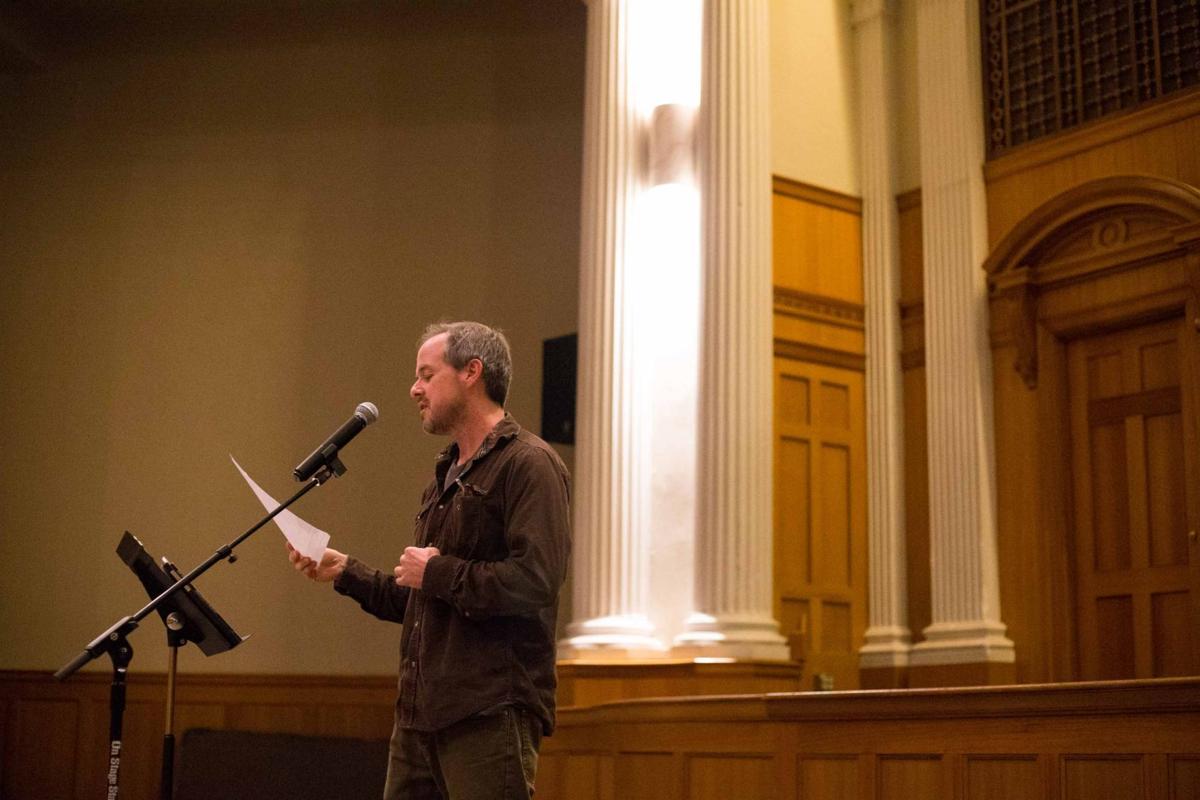 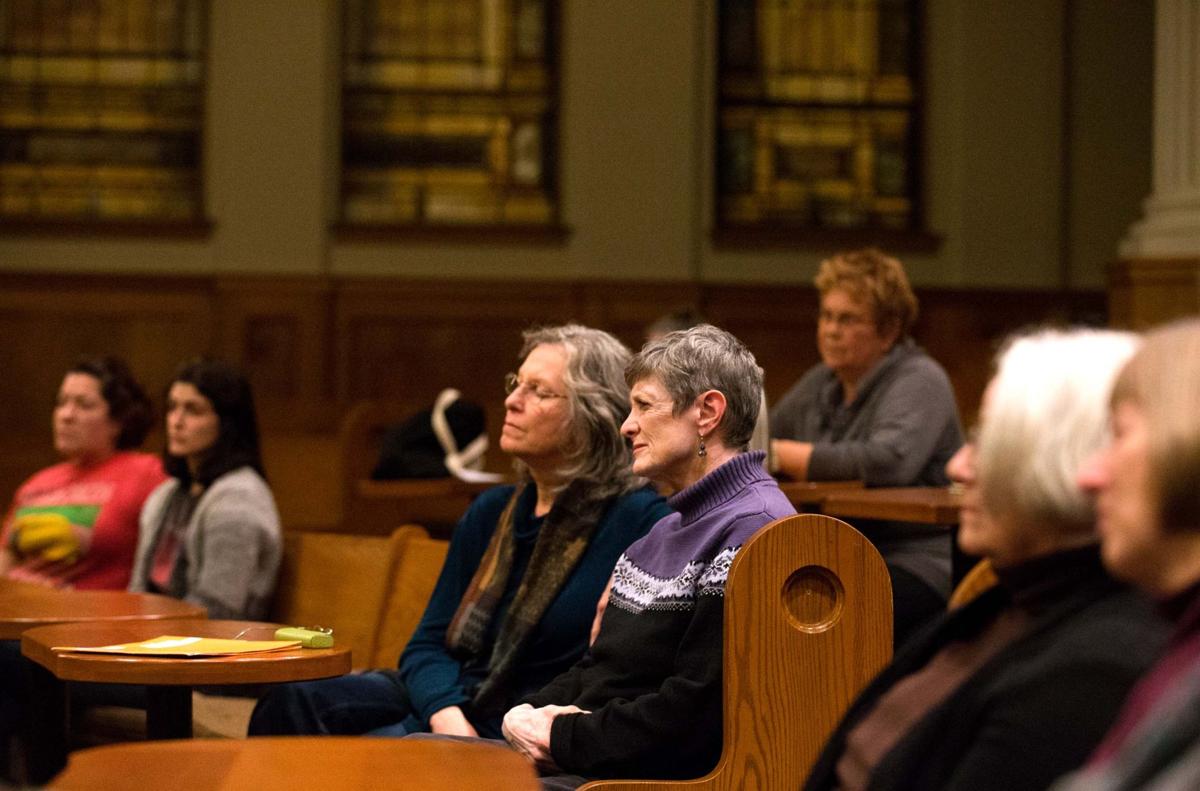 “I saw him give a really great workshop on sonnets. He did that at Jane’s house ...,” said Stover, who is president of the Yakima Coffeehouse Poets. “He’s a really good reader. He’s a very practiced teacher. It was a little bit of a rowdy bunch ... he really held them.

“He’s a good teacher ... very knowledgeable about the craft of poetry. He’s no stuffed shirt.”

While Marshall has been to Yakima before, this is his first visit as the poet laureate of Washington. It began Wednesday, when he conducted a series of readings and workshops for students at Yakima Valley College during the day, coordinated by professor Mark Fuzie. Wednesday evening, Marshall was the host reader for the regular Yakima Coffeehouse Poets Open Mic Night at The Seasons Performance Hall.

The student workshops continue today. And at 6 tonight at The Seasons, Marshall will conduct a workshop for Poetry Out Loud teachers in the Yakima Valley. Other poets who are interested in performance poetry also may attend.

Marshall, who is an English professor at Gonzaga University, drove to Yakima early Wednesday. His workshop for those enthusiastic poetry fans in Ellensburg last spring was just one of many he’s made in his first several months as state poet laureate. His term began Feb. 1 and ends on Jan. 31, 2018.

“I think that there are all sorts of poetry crowds, to be honest. There are the open-mic events at coffeehouses and bars that are driven by spoken word and a performative dynamic, a certain wild energy,” Marshall said.

“One thing that is a challenge for me — I move through contact with lots of different audiences. I think about how someone is speaking to connect with them rather than to accept what kind of poetry I want to share with them,” he added.

Marshall is the fourth state poet laureate, which is sponsored by Humanities Washington and ArtsWA.

“I think of my role as trying to connect poetry with as many audiences as possible. I’m interested in talking with people outside and within the university, students of all ages,” he said. “I’ve been to events at retirement communities and Rotary Clubs. I do readings at bars and open mics.”

It’s important for him to make poetry accessible in as many ways as possible, Marshall said.

“I was really turned off to poetry as a high school student. The reason had to do with how poetry was presented to me,” he said. “It was presented to me as a riddle or cryptic knowledge. It was being presented ... as if someone had placed a hidden deep meaning and I was supposed to find it, and if I was lucky, the teacher ... could open up the mystery to me.

“It turned me off completely.”

A first-generation college student, Marshall learned to appreciate poetry thanks to other teachers who emphasized the many different ways people can connect with a poem such as the sound textures, the rhymes and the stories.

Among his favorite poets are Walt Whitman, the great democratic poet for the masses. “He’s one I go back to again and again in my reading,” Marshall said.

And Emily Dickinson, “a poet who plunges into the interior depths,” he said, along with Sharon Olds, William Carlos Williams and Robert Haas, poet laureate of the U.S. from 1995-97.

And with Veterans Day on Friday, now is a good time to read works by Vietnam veteran Yusef Komunayakaa, Marshall said.

“His poem, ‘Facing It,’ is one of the most powerful poems on war experience that you’ll ever read,” Marshall said. “It’s pretty hard not to read that without being affected.”

His visit comes amid a local poetry scene on the rise. Stover noted that organizers expected about 25 poets to compete in the recent poetry contest; 40 people from around the state submitted five entries each. And the monthly open-mic events on the second Wednesday of every month are attracting out-of-towners.

Marshall will be back as poet laureate, hopefully a few times, he said. He hopes to visit high schools and middle schools in the future.

“I see these first visits as making some relationships. It’s a big state that we live in; I certainly hope to get to Yakima two or three times in my term and connect with some younger students,” he said.

■ What: Workshop and reading by Washington state Poet Laureate Tod Marshall at The Seasons Performance Hall in Yakima. The hourlong workshop will be followed by a poetry reading. This event is co-sponsored by Yakima Valley College, the Yakima Coffeehouse Poets and The Seasons.

■ Cost: Free, although donations to help YCP with rental are appreciated.