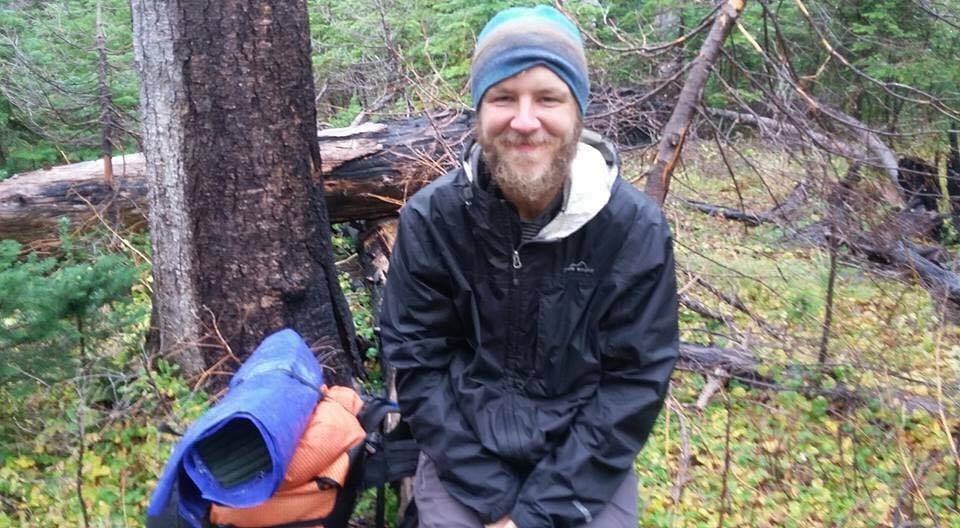 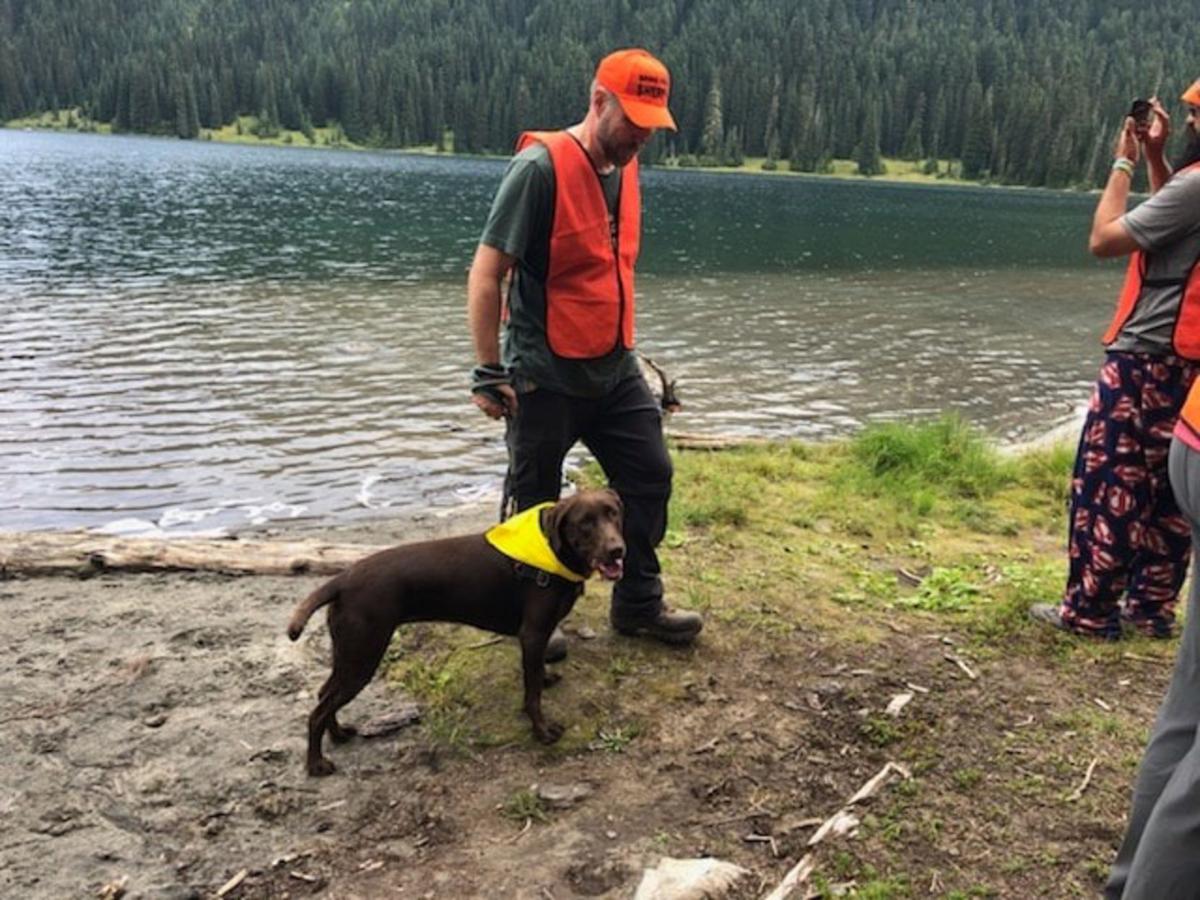 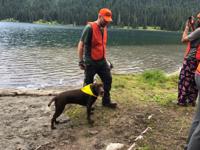 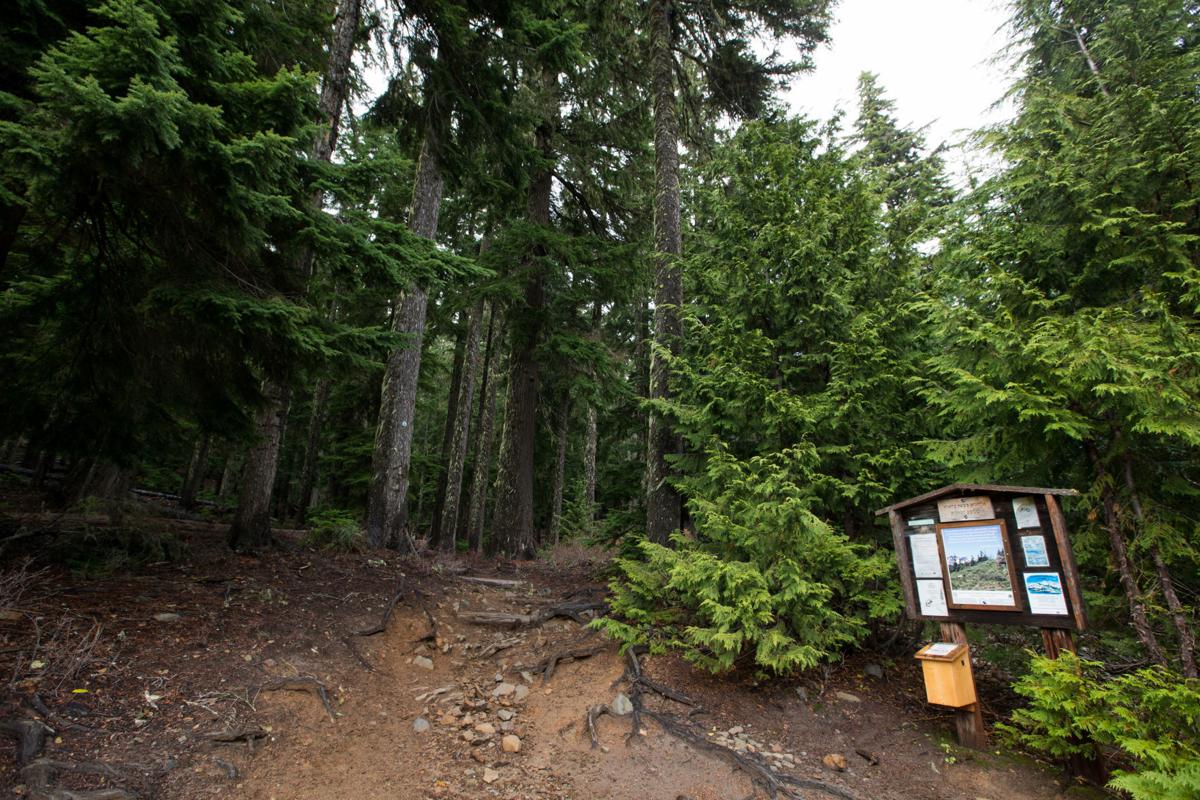 A trailhead along the Pacific Crest Trail near White Pass is shown Nov. 1, 2016. The last confirmed sighting of backpacker Kris Fowler was near White Pass. 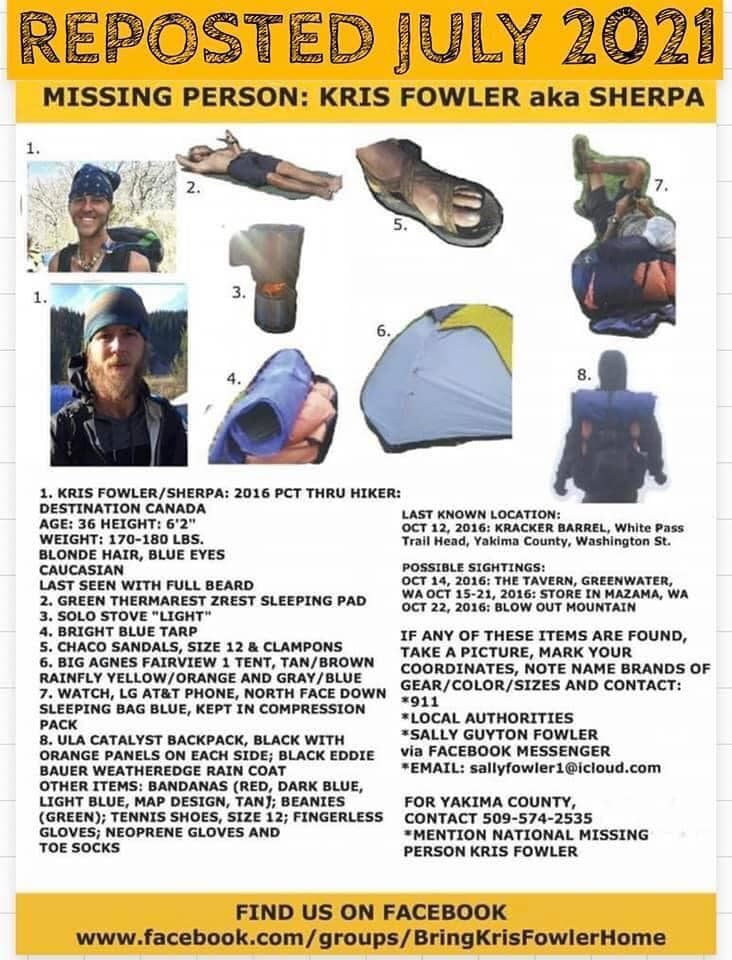 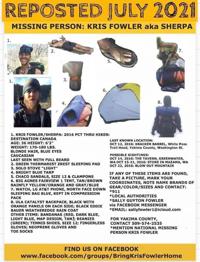 A trailhead along the Pacific Crest Trail near White Pass is shown Nov. 1, 2016. The last confirmed sighting of backpacker Kris Fowler was near White Pass.

Two podcasts and a new nonprofit will help ensure that more people will hear the story of missing Pacific Crest Trail hiker Kris Fowler, who was last seen near White Pass in 2016.

They are crucial in keeping members of the hiking community, especially those in Central Washington, aware of Fowler’s disappearance. His stepmother, Sally Guyton Fowler of Ohio, and others involved in the ongoing search, hope new flyers can be put up to maximize the chances of finding long-awaited answers.

“You get worried about people staying aware,” Guyton Fowler said. “My concern is somebody is going to come across some gear and either walk on past it, never report it or throw it away.”

This past week, a Yakima County search team went into the forest to investigate the most promising lead in 4½ years. A hiker saw what looked like Fowler’s tent in a photo, though it turned out to be two abandoned tents on top of each other.

Although it ended in disappointment, Guyton Fowler said the experience provided a valuable lesson.

The hiker who found the tent — and knew about Fowler — wasn’t able to report it to his sister until six days later, when she immediately alerted Guyton Fowler. She reached out to authorities who responded just quickly enough to reach the off-trail site as two other hikers, who weren’t aware of Fowler’s story, were taking the tents down.

Guyton Fowler said the discovery that leads to Fowler most likely will happen by accident from someone passing through, so she asks hikers who find anything out of the ordinary to record GPS coordinates and take photos with as much detail as possible. People can report those findings directly to Guyton Fowler or local authorities, the faster the better.

The Pacific Crest Trail spans 2,650 miles from Mexico to Canada and travels through California, Oregon and Washington. Fowler, who was known to other thru-hikers by the trail nickname “Sherpa,” left a small store at White Pass on Oct. 12 and wasn’t seen again. At 5:43 p.m. that day, his cellphone signal disappeared from satellite view.

Those with family or friends who go missing experience a special type of grief as they search for their loved ones and await word of what happened.

Cathy Tarr said it’s called “ambiguous loss” and she took a course to learn more about it, since she saw it so often. Back in 2017, Tarr, an avid hiker, began dedicating much of her life to searching for people who went missing in the wilderness, and she met several people going through the same things as Guyton Fowler.

“You just learn to accept the absence of the person and try to find new hope,” Tarr said. “But you can’t move forward. You can’t move on. You’re frozen in time.”

In late 2020, Tarr met with a woman who suggested starting a nonprofit and eventually donated $57,000 for equipment such as a vehicle and a trailer for the Fowler-O’Sullivan Foundation. It’s named after Fowler and David O’Sullivan, another PCT thru hiker from Ireland who’s been missing since April 2017. He went missing in Southern California as he prepared to head into the San Jacinto Mountains.

Guyton Fowler is proud to be an active board member and said Tarr is the perfect person to lead an all-volunteer group dedicated to providing free services to help find missing hikers. The group is actively searching for seven people and already played a key role this year in successfully locating the bodies of two hikers who were missing for months in California, largely thanks to drones.

Unfortunately, that valuable tool is not an option in the search for Fowler, since the Forest Service doesn’t allow drones to fly over its lands. Even if it were legal, acquiring useful drone images would be much more challenging with so many areas covered by dense trees.

Tarr said searches will move forward this summer, and she plans to go to Washington to join a volunteer effort in mid-August. Guyton Fowler’s working on establishing new contacts in Yakima County, since Sgt. Randy Briscoe retired in January.

Tyler Hooper of “The Missing and Unexplained Podcast” and Julie Gayheart of “ ‘Jester’ Section Hiker” both spoke to Guyton Fowler for podcasts earlier this summer. She’s been pleased with the continued outpouring of support from people in Washington and beyond, and Tarr said individual donations to the nonprofit total around $5,000.

They still need more volunteers in the region, particularly highly trained and skilled hikers who could follow up on leads in hard-to-access areas. High fire danger also looms as a major concern, both for the safety of searchers and its potential to destroy evidence.

The Fowler-O’Sullivan Foundation puts a significant focus on prevention, often going so far as to give away safety equipment so hikers can contact others if they run into trouble. Guyton Fowler said she’s heard from dozens of people who believe those devices and her advice helped save their lives.

“We’re trying to get more people to follow it and listen,” Guyton Fowler said. “If we save one life, it’s successful.”

To volunteer to help search for Kris Fowler or report anything related to his disappearance, email info@fofound.org.

For more information or to donate to the Fowler-O'Sullivan Foundation, go to fofound.org.