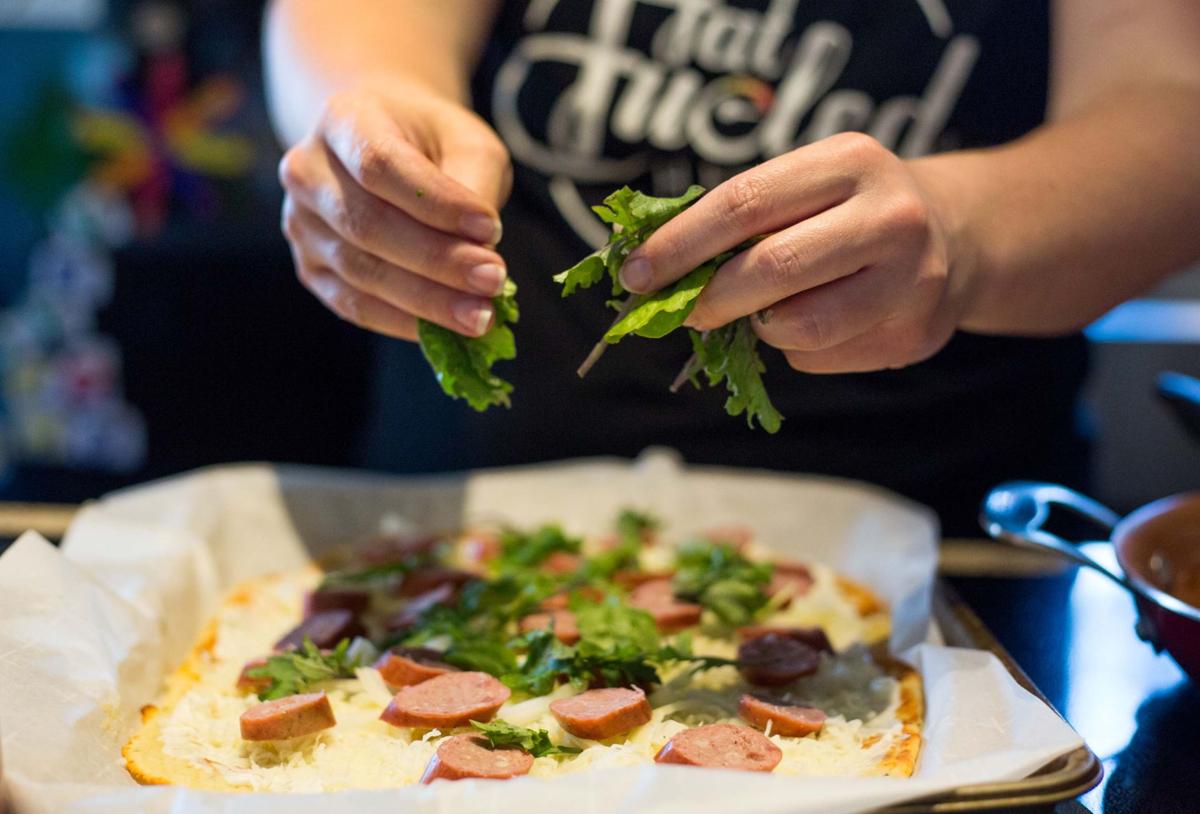 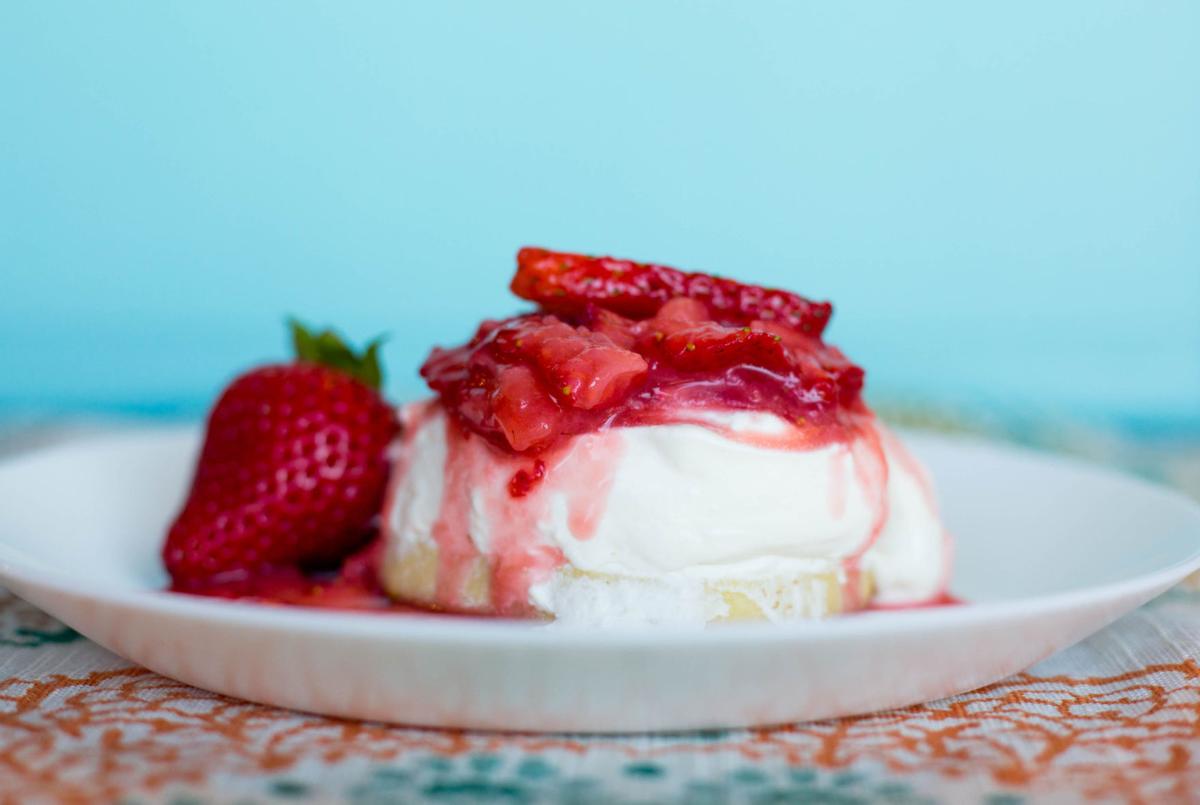 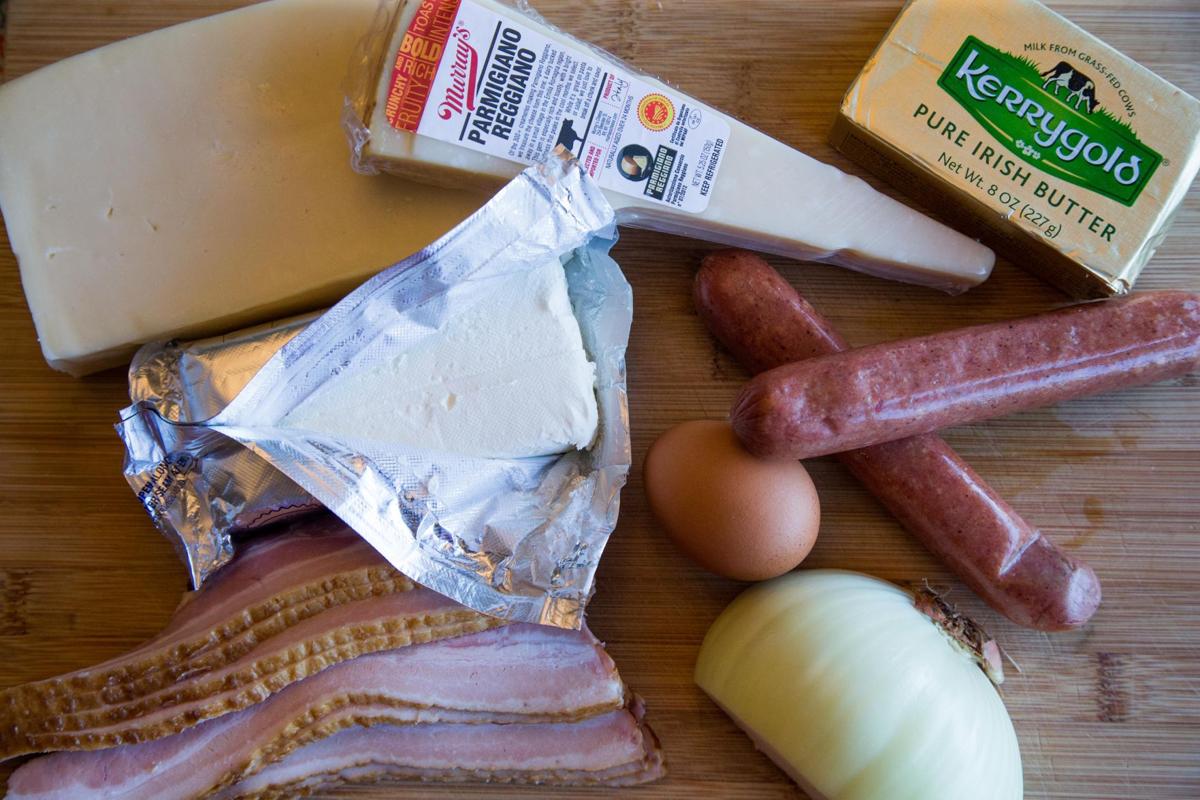 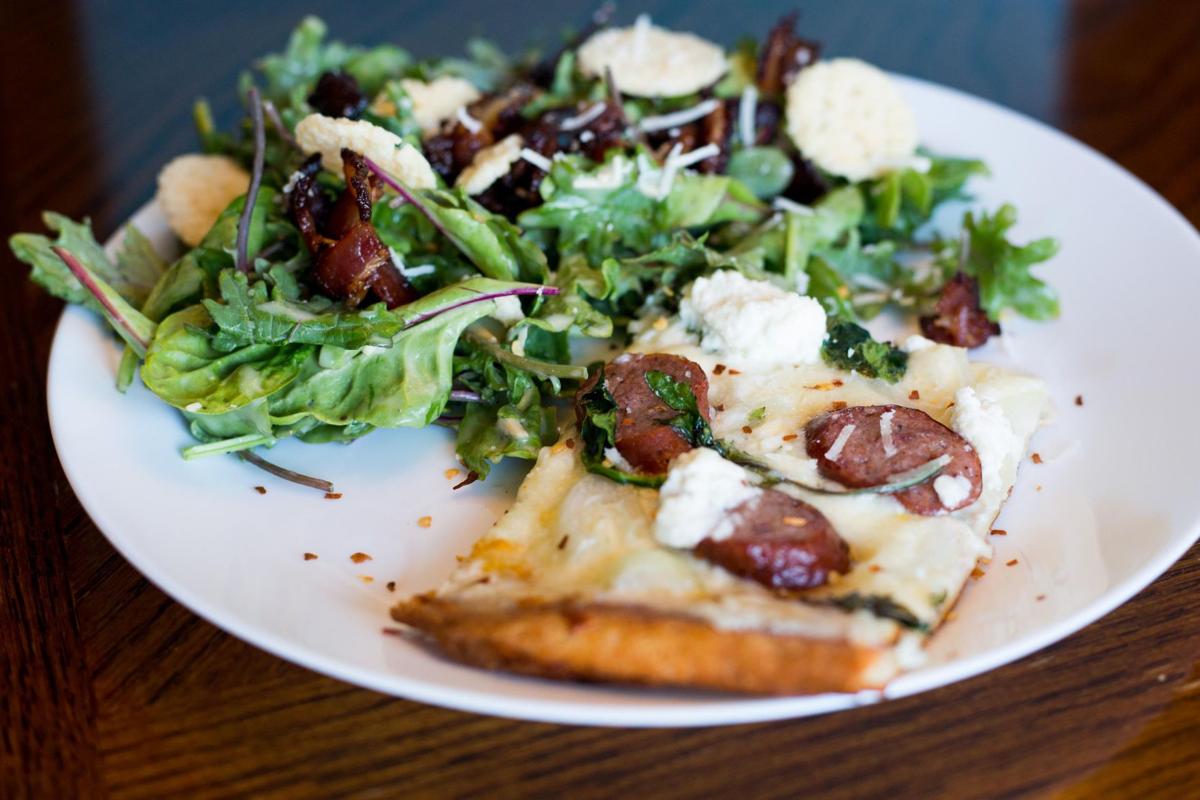 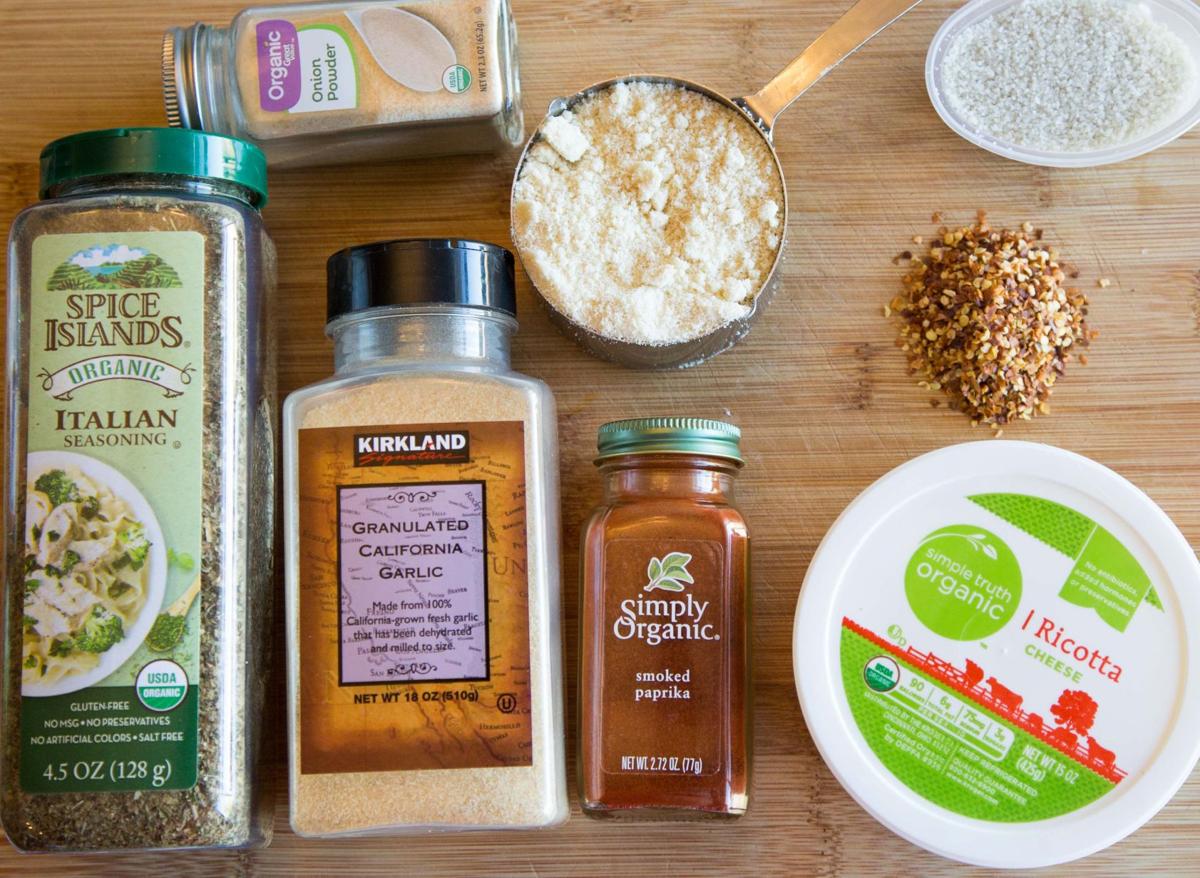 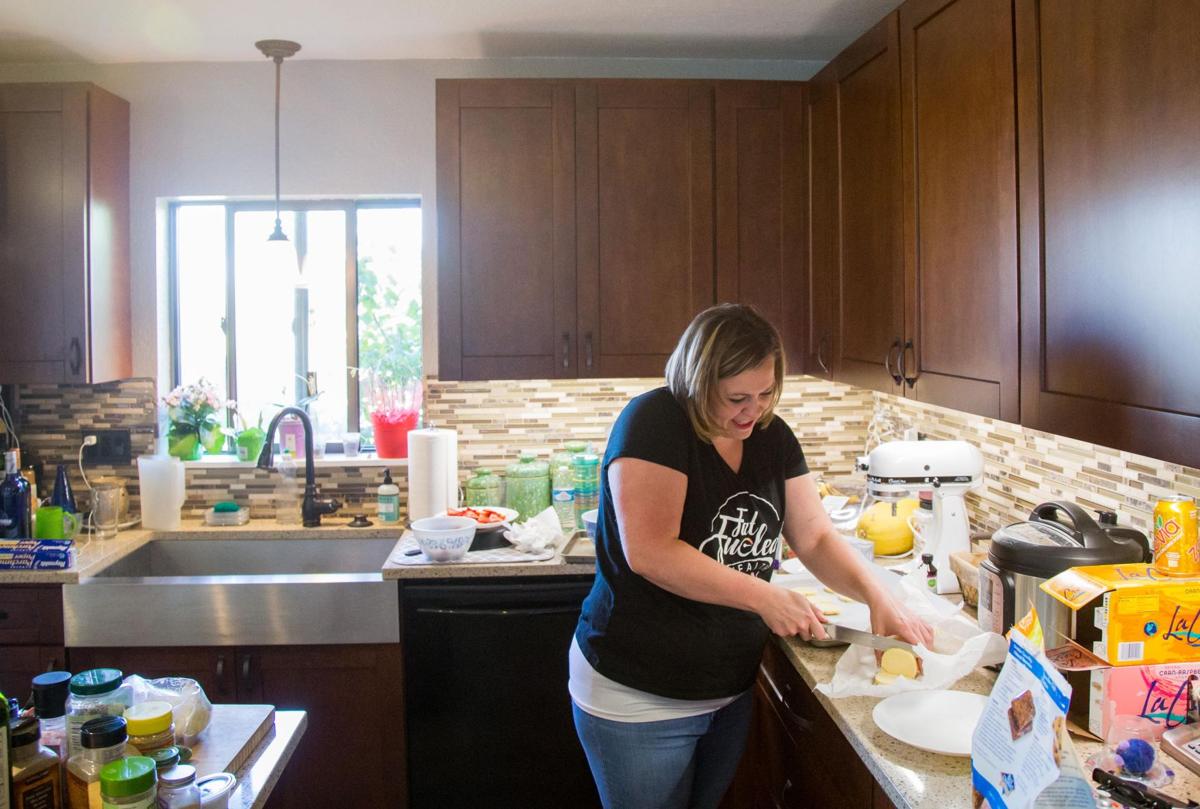 This is the ketogenic diet, or keto for short — the latest health craze to sweep the nation. And yes, it includes plenty of bacon.

From her office in Yakima, Hale has built an online community of people seeking advice and solidarity in following the high-fat food plan, where the majority of daily calories come from fat, and almost no carbohydrates.

In her own experience with the diet, Hale lost roughly 60 pounds in less than four months, lowered her triglycerides and got her hormones back in balance.

She has since leveraged her experience into a new health coaching business.

“I just started having people contacting me going, ‘What the heck are you doing? I want whatever you’re having,’” Hale recalled.

But like any diet plan, keto is not a panacea for all ailments, physicians and licensed dietitians say. And it’s not something to enter into lightly.

“It’s not something that you can say, ‘I’m going to do this for a couple months and lose some pounds,’” Yakima dietitian Katie Thorner said.

The ketogenic diet works by sending your body into ketosis, which causes it to burn fat for fuel.

“Our body will first use glucose or sugar as energy, for our muscles, our brain. That’s No. 1,” explained Rocio Petersen, a dietitian with Yakima Valley Farm Workers Clinic. “Plan B, say, in starvation mode, (if you’re) not getting enough food or fuels, our liver can use fat and some proteins, and will start using that as energy. It’s essentially our backup.”

Ketosis kicks in after two or three weeks, but Petersen cautioned that the switch is not pleasant at first: “That’s starvation mode. You won’t feel very good those first few days, if you are trying a ketogenic diet.”

Keto proponents sometimes call this “keto flu,” as your body takes a week or so to adjust to no sugar.

The ketogenic diet requires some math: 60 to 80 percent of a person’s daily calories are supposed to come from fat;  15 to 35 percent come from protein; and 5 percent or less from carbohydrates, including vegetables.

That 5 percent translates to only about 20 or 30 grams of carbs.

The average person consumes 30 to 75 grams of carbs in a single meal, Petersen said. To limit to just 30 grams, “That would be, all day, you ate one-and-a-half apples, and that’s all the carbohydrates you had,” she said.

People who follow a ketogenic diet use a lot of coconut oil and butter in their cooking, along with olive oil and avocado oil, but not highly processed canola, vegetable or seed oils.

Fruit is minimal, though berries are typically an acceptable dessert. No added sugars; ketogenic cooks use low-carb sweeteners instead.

“This diet doesn’t have to be restrictive,” Hale said. Through sharing her experience with others, she’s decided to pursue a degree in nutrition and has set up an office from which she offers “fat-fueled” health coaching and meal plan help. “This is the diet I tell people — you can have bacon and your cake, too, just make your own cake with better ingredients, and sometimes it tastes better than the original.”

Also, for people who have stayed in ketosis long enough to become “fat-adapted” — which may take a couple months, Hale says — indulging in a carb-heavy slice of cake every now and then won’t send them back to square one.

(If, however, they go on a weeklong sugar binge and fall off the wagon, she also helps coach people into getting back on track.)

In the Yakima area, Hale has been talking with some local businesses about offering keto-friendly food.

Sundance Espresso in Selah, which occupies the former North Town building, has started offering cheese-and-salami snack packs as well as a salad with salami, bacon, egg and ranch dressing. They’re also looking to serve coffee drinks with a dollop of coconut oil or Kerrygold butter melted in, for the added fat.

Owner Tim Lantrip is trying the diet himself.

“A lot of customers were asking if we would be willing to provide keto-friendly foods, especially something that’s like a grab-and-go type food,” he said. “One thing for me that makes sense with the keto diet, is it eliminates all the sugar. … To me it seems like a lot of customers that are doing the keto diet have lost a lot of weight.”

Selah resident Bethanie Lundgren is part of Hale’s “Fat-Fueled Friends” Facebook group. She started the keto diet at the start of 2017, and also started going to the gym to do high-intensity interval training. She’s lost weight and seen an improvement in muscle tone, but says the biggest difference is that she doesn’t feel bloated anymore and her digestion has improved.

“I’ve felt tremendously better,” she said. “I have more energy; no more brain fog; able to keep up with my three children.”

Not the be-all, end-all

Diet science can be a maddening topic because it seems to flip-flop on an annual basis. A quick Google search for “saturated fat” will yield an endless list of contradictory results: “American Heart Association recommends limiting saturated fat.” “Everyone was wrong: Saturated fat can be good for you.” And so on.

Whether the keto diet is right or wrong depends on the individual and his or her goals, dietitians say.

Where the ketogenic diet is most proven is in targeted or therapeutic uses, Thorner said. It’s good for people with seizure disorders, such as epilepsy, because ketones (the byproduct of ketosis) make for good brain fuel. It also may have some anti-aging properties or help with maintaining mental function.

Ketogenic diets are good for endurance athletes, though sprinters or athletes who engage in similar anaerobic exercise would need more carbohydrates, she said.

And ketogenic diets are very helpful to people with Type 2 diabetes who have not otherwise managed to get their blood sugar under control.

While people’s main worry upon learning of a diet that sanctions bacon is usually heart health, emerging research is changing the way medical providers think about fat, cholesterol and heart disease.

There’s still little consensus among providers about whether saturated fats are OK or not, but the scales seem to be tipping away from blaming fat for all of society’s ills. There also is a risk to eliminating virtually all carbohydrates from one’s diet, providers say, as carbohydrates help the thyroid and adrenal glands run smoothly.

“You’re going to be able to hold up to stress better if those organs feel supported and not in a starvation state,” Thorner said.

For any diet to be effective and sustainable, it needs to be a long-term lifestyle change, rather than a temporary sprint.

“If you’re doing it for the weight loss perspective, it’s more of that fad diet, where you might lose it short term and if you go back to general, regular eating, most people will gain weight back,” Petersen said.

Thorner said this is not a diet she would recommend to someone who has not yet stabilized his or her overall health.

“The amount of work it takes to get to ketosis is usually pretty overwhelming, because it’s not natural to eat this way — it’s a major change,” she said. “And there are lots of steps to get there, baby steps, that you can be eating better without actually being ketogenic.”

Hale agreed that there are less-intensive options.

“I highly recommend anybody who is considering a ketogenic diet to talk to somebody who is knowledgeable with it before jumping in,” she said. “That being said, anybody who decides to decrease their amount of carbs or sugars and increase their healthy fats is going to benefit.”

Much of the initial weight loss with the keto diet (or any diet) likely comes from people just being mindful of what they’re eating for perhaps the first time, Petersen and Thorner said.

“Anything where we can get away from the standard American diet — there’s middle ground here, and the pendulum doesn’t have to swing one way or the other,” Thorner said.

The bottom line is that to lose weight, you must consume fewer calories than you burn, says Dr. Tanny Davenport, who practices at Family Medicine of Yakima.

By restricting the types of food people can eat — no carbs, for instance —they are naturally going to lose weight, because they stop consuming those calories.

“We know that when people lose weight, in general, they have better health outcomes. And if the tool they use to lose weight is a low-carb diet, which is usually higher in fat and protein, it’s hard to criticize that,” Davenport said.

As for weight loss, he said, a reasonable goal for most people is to shed 5 to 7 percent of their total body weight. And a reasonable pace to do that is about 1 to 2 pounds a week, if you want to keep it off.

Living in a fast-paced world, Petersen says she wishes she could offer her patients a single easy fix to their weight and health problems.

“But everything’s individualized and everything takes time,” she said. “Let’s say we got to a weight where we’re not happy. It didn’t happen in a week; it happened over months and years. It’s 100 percent normal to feel frustrated that maybe it’ll take weeks and months and years to get down from that.”

In Hale’s case, eating keto is something she plans to continue for the foreseeable future. While the weight loss has slowed down — not helped by the fact that she’s currently writing a keto cookbook and testing recipes — she still sees major benefits.

“I am continually feeling better right now,” she said.