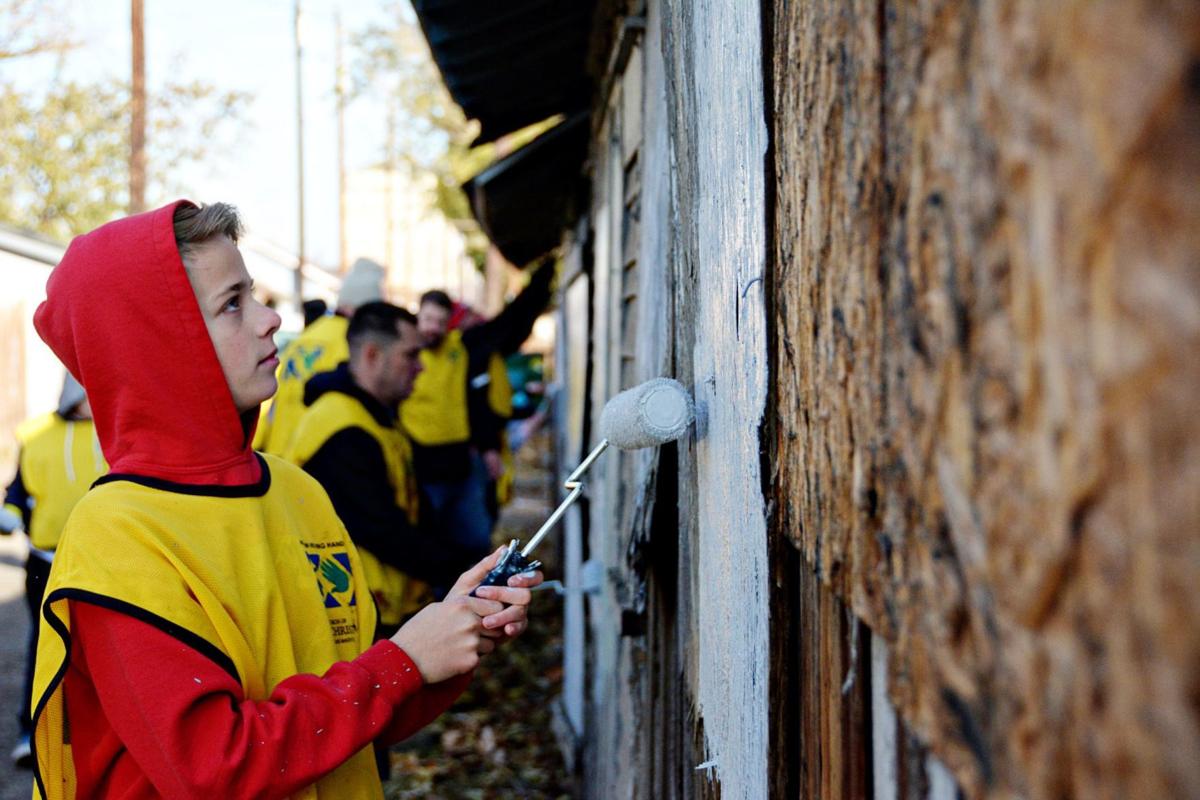 Cooper Ditto, 13, paints over graffiti in Yakima on Saturday. 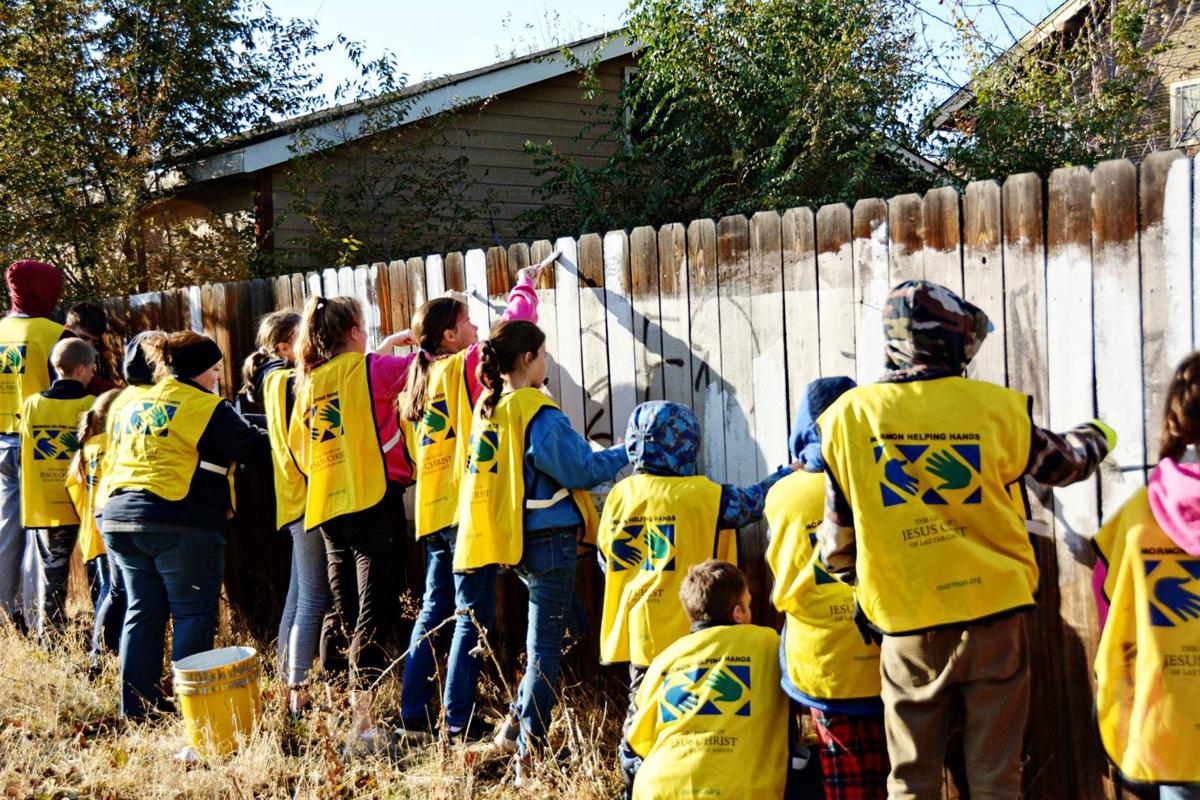 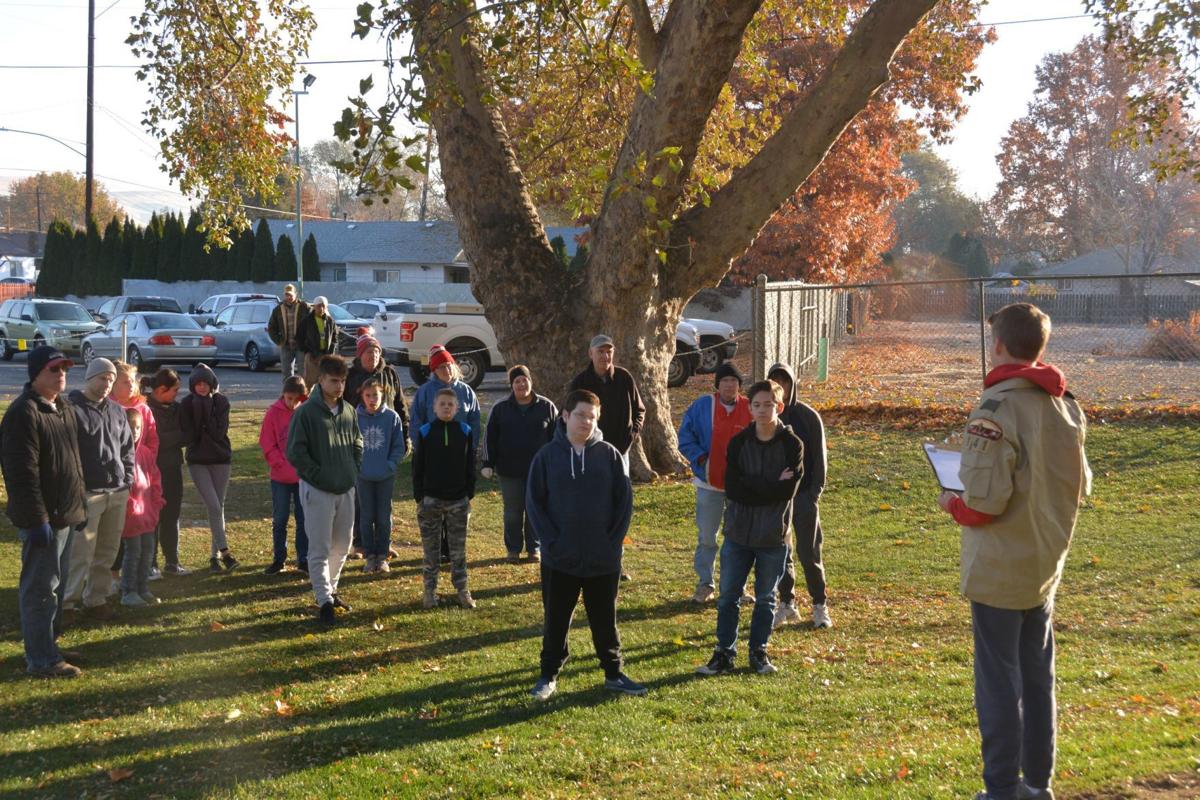 Cooper Ditto offers instructions at Milroy Park in Yakima on Saturday morning. From there, volunteers drove to nearby locations to paint over graffiti for Cooper's Eagle Scout project.

Cooper Ditto, 13, paints over graffiti in Yakima on Saturday.

Cooper Ditto offers instructions at Milroy Park in Yakima on Saturday morning. From there, volunteers drove to nearby locations to paint over graffiti for Cooper's Eagle Scout project.

Cooper Ditto had confirmed 20 volunteers for his Eagle Scout project Saturday. To his delight, nearly double that number showed up despite the freezing temperatures.

Ditto, 13, coordinated efforts with the city to paint over about 2,200 square feet of graffiti. Fellow Boy Scouts, Cub Scouts and members from The Church of Jesus Christ of Latter-day Saints — 39 volunteers altogether — gathered to help paint.

“It was pretty easy to get people to do it,” said Cooper, a student at West Valley Middle School who joined the Cub Scouts at age 8. He is the son of Sara and Birch Ditto.

Cooper began planning his project in September. “I just thought there was tons of graffiti everywhere and (that) made people feel unsafe,” he said. To spread the word, he made announcements at church and passed out flyers.

His recent Saturday started with an 8 a.m. trip to Starbucks for donated hot chocolate. Once everyone arrived at Milroy Park and signed in around 9 a.m., Cooper outlined plans for the morning and the group headed to the first location a few miles away.

They worked there, and another location, until about 11:30 a.m., “and since we had such a big group it went pretty fast, because everybody was painting,” Cooper said.

He thanked Ramon Orozco, a rehab assistant with the city’s Office of Neighborhood Development Services, for his insight and guidance. Orozco is well-known around Yakima for his relentless efforts to eliminate graffiti. Cooper went out and premeasured several locations with him so he could recommend how many gallons of paint would be needed.

The city provided the paint and paintbrushes.

“It was really good because he does it every day. ... He kind of talked me through it and then I told everybody,” Cooper said. “Ramon was super helpful; without him, we couldn’t have done it. Also my mom and dad, they helped drive me around places.”

Cooper’s next step is his Eagle Scout board of review, which he said will likely happen the middle of this month. He is hoping to receive the highest recognition that Scouting offers in January, when his brother in college is back in town.

His mother was happy to share her son’s success “to bring hope and light to our community that there are many good people in Yakima,” she noted.

“It was amazing to see how much a group of volunteers can accomplish in such a short amount of time when they are all united in a cause,” she said.