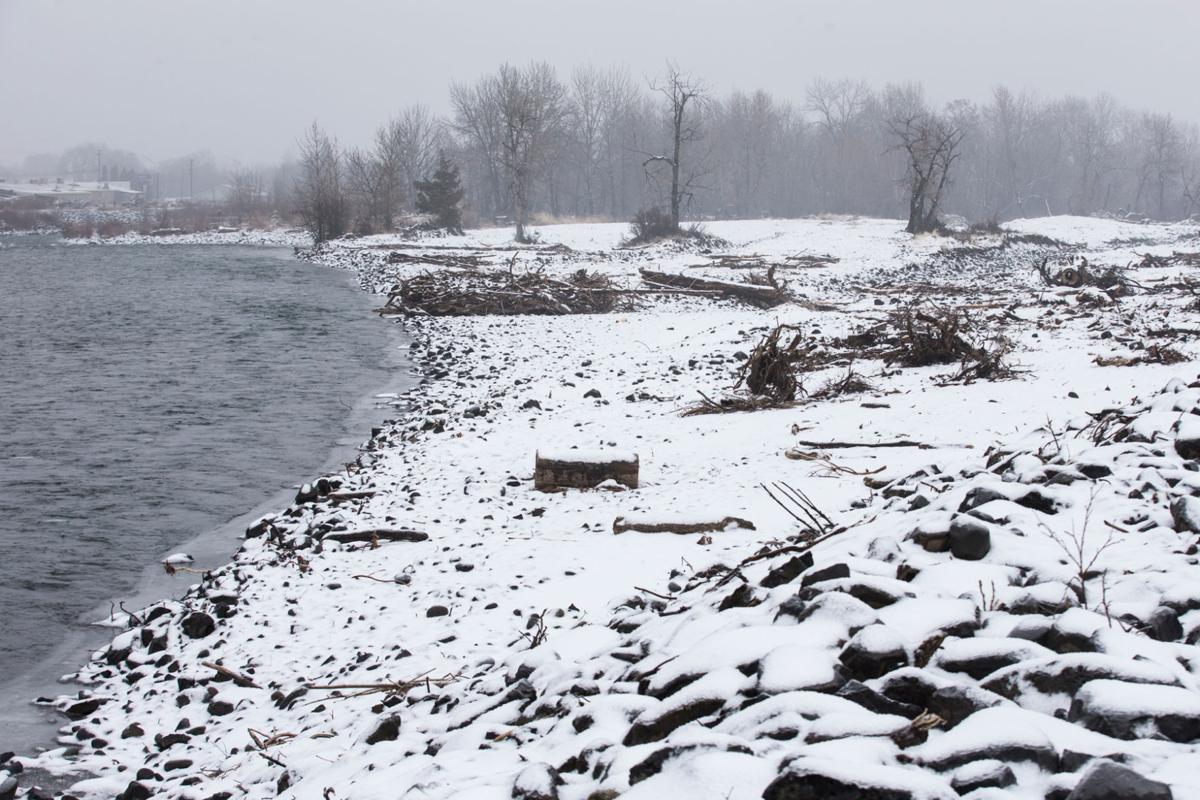 The Naches River flows past a floodplain in Naches, Wash. on Friday, Dec. 29, 2017. Debris from flooding last winter still dot the plain, which was recently restored. (JAKE PARRISH/Yakima Herald-Republic) 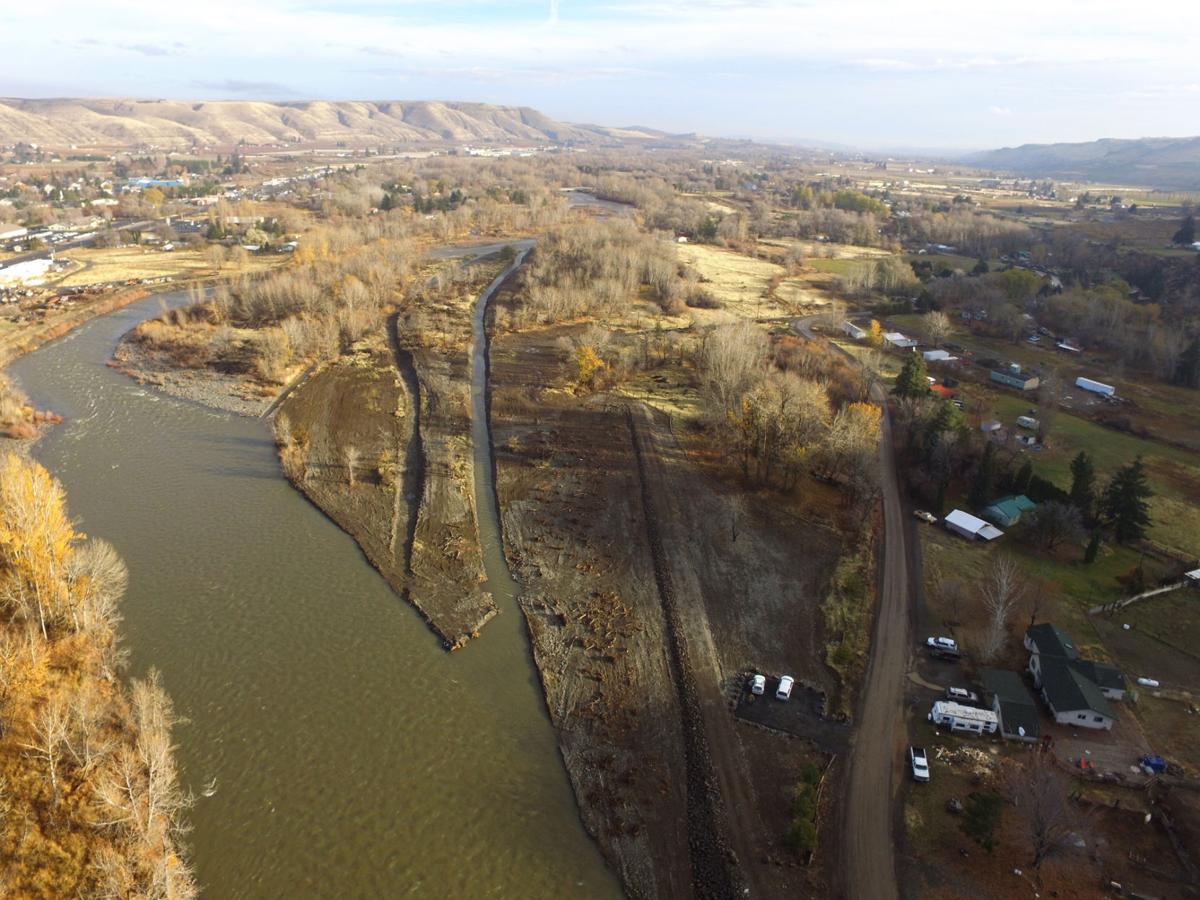 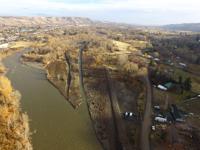 The Naches River flows through channels cut through a recently restored floodplain in Naches, Wash., in November 2017. (Photo by Troy Havens, engineer for the Yakima County Water Resources department) 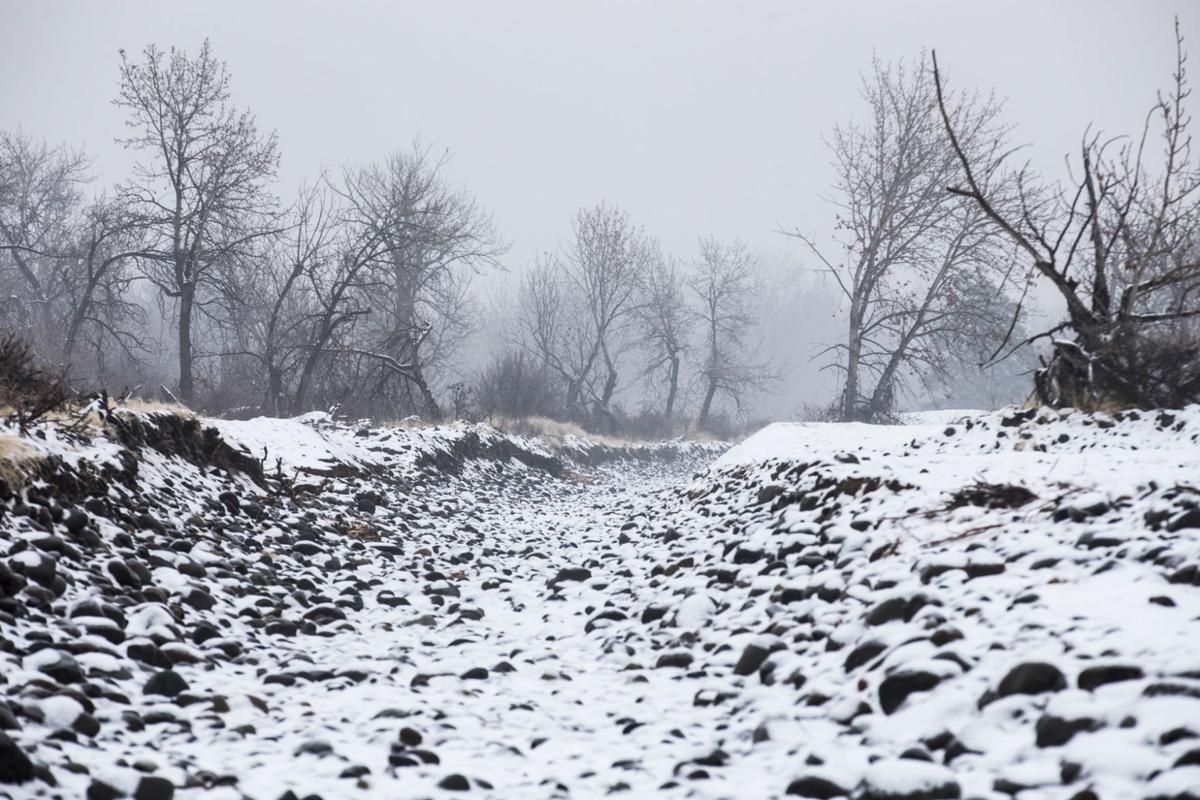 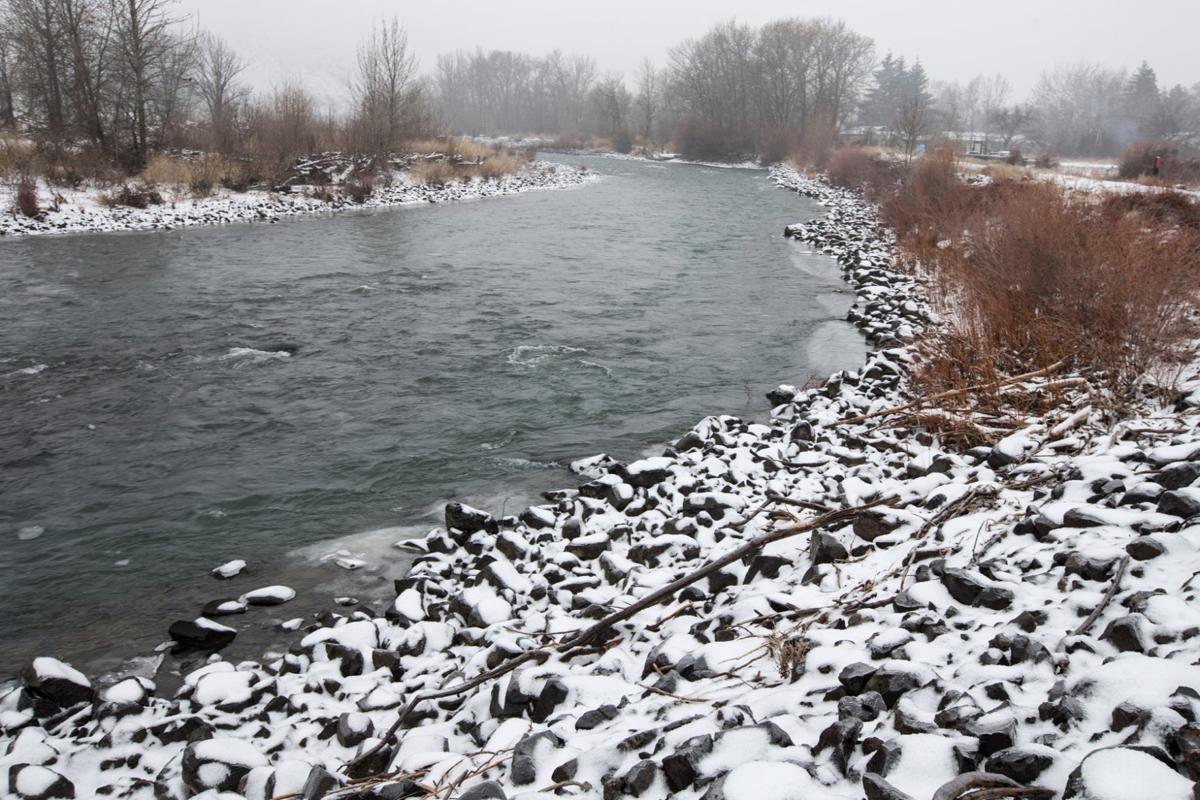 The Naches River flows near Naches, Wash. on Friday, Dec. 29, 2017 past a fortified bank recently built to protect homes and businesses from flooding and to prevent erosion. (JAKE PARRISH/Yakima Herald-Republic)

The Naches River flows past a floodplain in Naches, Wash. on Friday, Dec. 29, 2017. Debris from flooding last winter still dot the plain, which was recently restored. (JAKE PARRISH/Yakima Herald-Republic)

The Naches River flows near Naches, Wash. on Friday, Dec. 29, 2017 past a fortified bank recently built to protect homes and businesses from flooding and to prevent erosion. (JAKE PARRISH/Yakima Herald-Republic)

NACHES, Wash. — Substantial flooding along the Naches River near Naches in early 2011 forced Yakima County officials to scramble together a response and pile rocks to build up levees in the middle of the night. They successfully prevented any damage to homes and businesses but it came at a cost of $320,000 in emergency funds.

That harrowing experience illuminated the need for a more sustainable approach to stop the next floods, said Joel Freudenthal, the county’s senior natural resources specialist.

When the waters significantly rose again this Thanksgiving, the river flowed into newly dug channels on the river’s south side, away from Naches. Setback levees and new berms provided much more freedom for the river’s flow, the foundation of the county’s plans to reduce flood risks and provide other benefits in a progressive, cost-effective way.

“We’re trying to get rid of what we call ‘nuisance flooding’ and get to at least the 25-year protection,” Freudenthal said. “You don’t want people to get flooded at a fairly high frequency.”

The emphasis won’t generally be on preventing damage from a 100-year flood, which would still go over the levees, U.S. Highway 12 and into town, despite the project that was completed after irrigation season this year to minimize costs. But it will provide significantly more protection and should be enough to stop a 25-year flood, such as the one in 2011, without any expensive emergency efforts.

Oak Creek Ace Hardware owner Brad Christianson said he’s unfamiliar with the project but generally supports the concept of letting the river spread out and flow more naturally. Still, he’s not worried about flooding and remains frustrated with FEMA for putting his business along Highway 12 in the 100-year floodplain about a decade ago. He calls that a “money grab,” since it requires him to pay $2,500 per year to the federal government for flood insurance.

It’s unlikely that will change for Christianson, but Freudenthal said many other areas in Naches could be removed from the 100-year floodplain when another assessment is done to redraw the maps. That may not happen for a few years, as officials wait to see how the river reacts to the next major flood and figure out how they can give the community the most economic benefit.

In the early 1970s, the Army Corps of Engineers responded to floods in Yakima County by building levees to try to control the Yakima and Naches rivers.

Inevitably, the water would fight back and erode the land, requiring intensive maintenance, turning levees into hazards, and in the worst cases going behind them so they trapped the river on the wrong side. To make matters worse, said The Nature Conservancy’s strategic partnerships director Bob Carey, different agencies managed the rivers with a wide range of priorities, occasionally creating conflicts.

“We thought we could control rivers more successfully than we could, and there’s been a lot of unintended consequences associated with that,” said Carey, who is based in Mount Vernon.

The wide array of priorities for projects that included floodplain restoration, fisheries, clean water and recreation led to funding challenges, since grants frequently focus only on specific interests. So in 2013, Carey helped create Floodplains by Design, a state program encouraging a more cost-effective, multi-objective approach to flood restoration.

Freudenthal said the program originally centered around the Puget Sound,  but he quickly realized its shared priorities with what Yakima County had been doing for years. His department applied for and won several grants to fund projects along the Naches and Yakima rivers as Floodplains by Design provided  $80 million for 29 projects in 12 Washington counties.

“Because of the philosophy that we have and the analysis that we’ve done in the past, I think we’re one of the few that can answer all the questions on the grant application,” Freudenthal said. “One of the many ways that the Yakima Basin is unique is that the river is a piece of infrastructure that delivers irrigation water, and so I think that this approach just fits well with the reality of this thing.”

Carey said the work on the Naches River represents one small piece of the Yakima Basin Integrated Plan, a collaborative effort between several area groups. That vision includes extensive restoration on the Yakima River between Selah Gap and Union Gap and helped Yakima County and its partners win a substantial amount of funding from Floodplains by Design.

“Work in Gap to Gap and beyond is really exemplary in terms of thinking about the future, thinking about the multiple benefits the communities derive from rivers and the threats and costs associated with flooding,” Carey said. “They’ve really sort of taken a holistic view, tried to really understand how the river works and manage it in a much more sustainable way.”

Some revegetation work remains and the county plans to set back the levee on the north side to eliminate a sharp bend in the river, but Freudenthal doesn’t expect the project on the Naches to exceed the $550,000 grant from Floodplains by Design. The program generally leverages money from other sources, and in this case that meant paying back 80 percent of what Yakima County spent.

Another project in Trout Meadows that includes removal of the Nelson Dam could be next if the state passes the proposed 2017-19 capital budget, which includes $35 million for Floodplains by Design. Carey said the Yakima County project ranks fourth on the Department of Ecology’s priority list and would receive $5.8 million, providing leverage for additional resources.

Reacting to the river

When the Naches River’s spring runoff arrives later this year, Freudenthal knows more or less what to expect.

Floodwater full of sediment should flow into two of the new channels, and a third will see clear groundwater come up to provide valuable habitat for salmon and other fish. Water should eat into the newly constructed berms and carry away some of the wood left from the project.

Carey said systems like this will become even more valuable with climate change projected to bring increased flooding and drought to the Valley bottoms and river systems. Additional absorption of floodwaters can recharge groundwater to help communities better survive droughts, an effect Freudenthal said isn’t as important in the Yakima Valley or other areas with storage dams to collect runoff in dry years.

But allowing a river to flow more naturally brings a degree of unpredictability, something Freudenthal and others have learned to embrace rather than fight. Even the best modeling systems can only see so far into the future, so officials must be prepared to take a fresh look at their projects in 20 to 40 years and adjust accordingly.

Funding for Yakima water plan back in front of Congress

Crucial federal funding to improve the Yakima River Basin’s water supply is once again before Congress, but language in a House bill could spe…