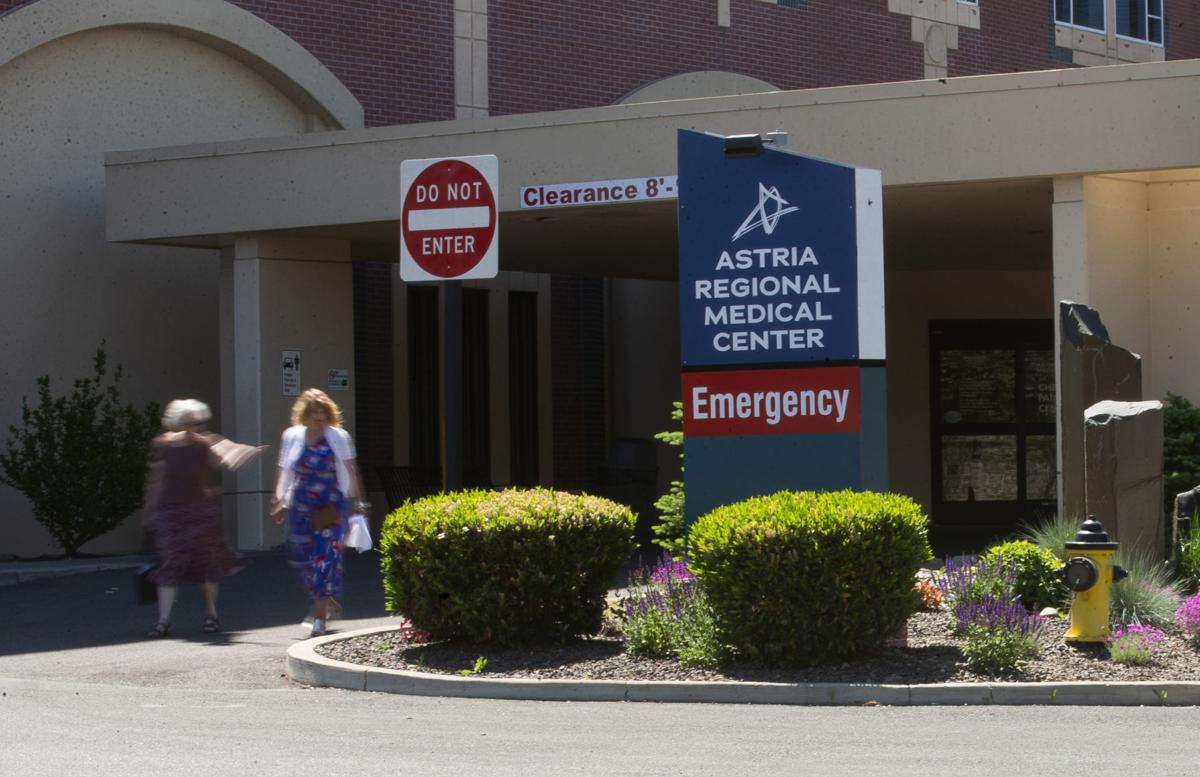 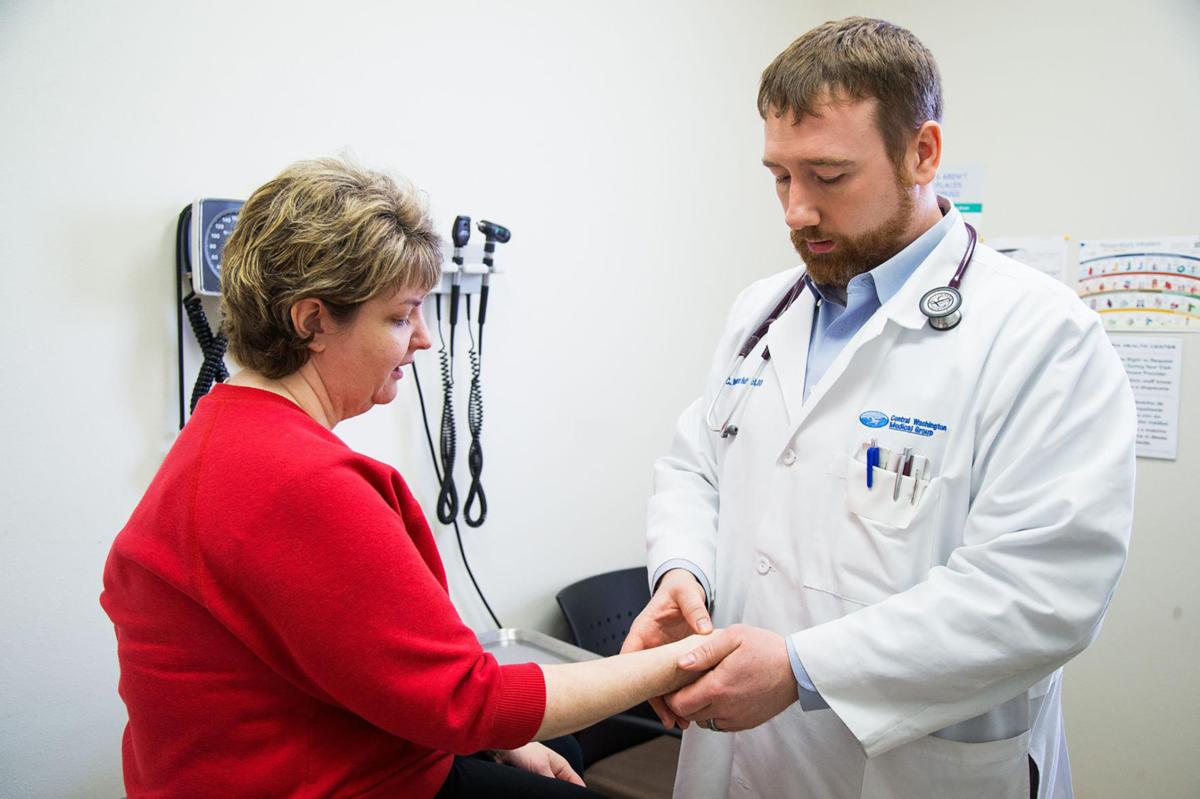 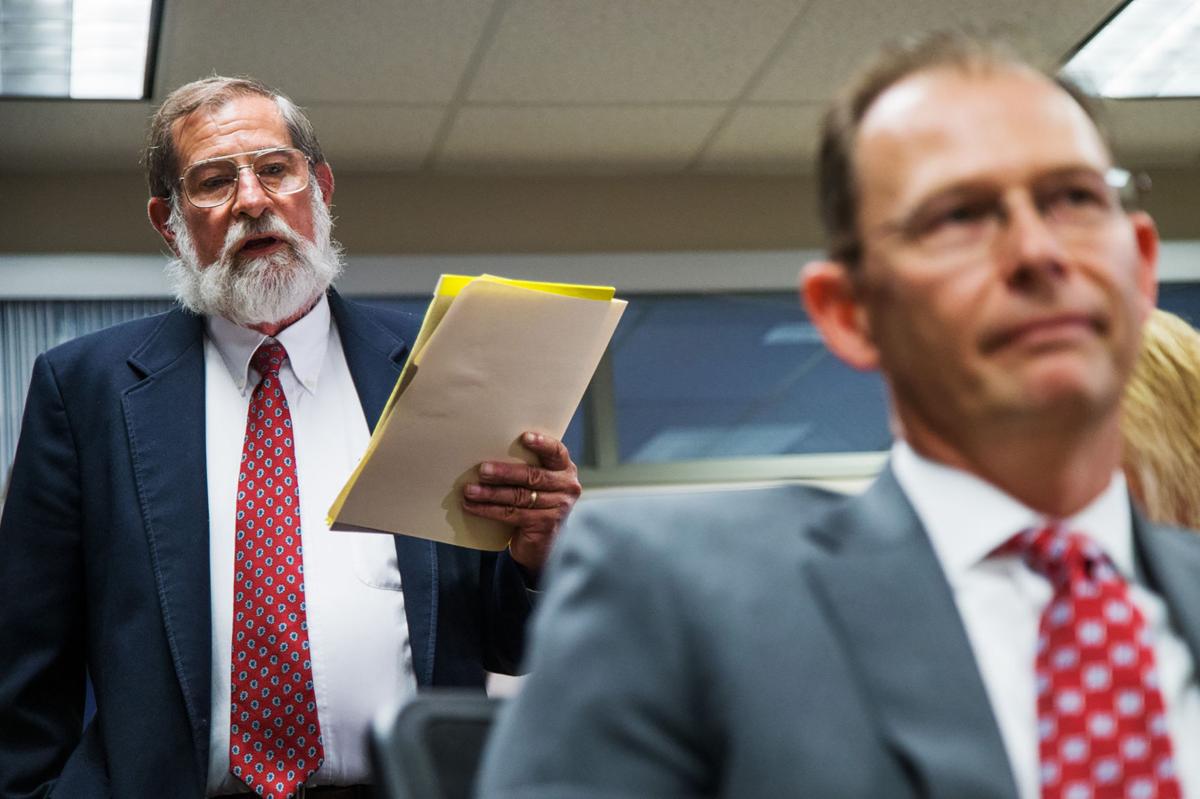 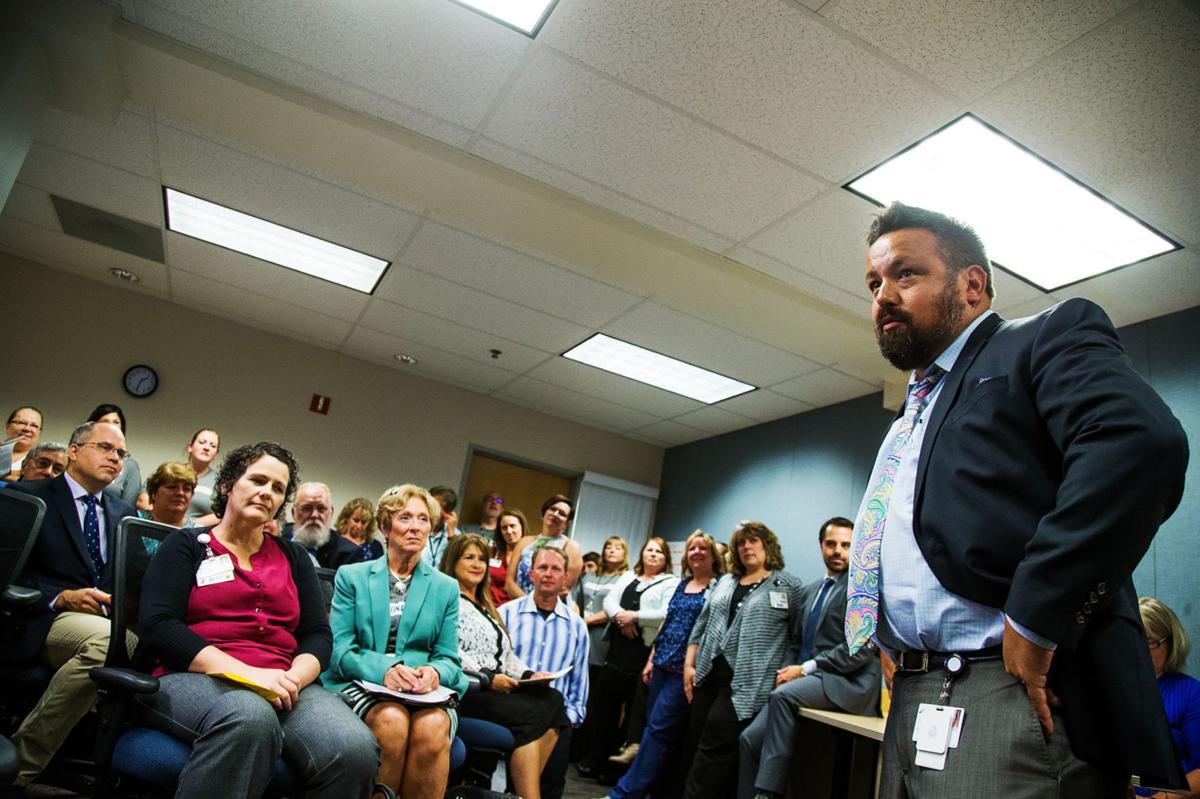 FILE—Sr. Dave Atteberry, a neurosurgeon with NOV/A Health, offers comments supporting an application by Regional Health System to purchase Yakima Regional Medical and Cardiac Center for an estimated $31 million during a public hearing at the Washington State Labor and Industries office in Yakima, Wash., Tuesday, July 11, 2017.

FILE—Sr. Dave Atteberry, a neurosurgeon with NOV/A Health, offers comments supporting an application by Regional Health System to purchase Yakima Regional Medical and Cardiac Center for an estimated $31 million during a public hearing at the Washington State Labor and Industries office in Yakima, Wash., Tuesday, July 11, 2017.

Yakima to lose 1 of 2 hospitals; Astria closing Regional as part of bankruptcy

Astria Health filed a motion to close Astria Regional Medical Center in Yakima under seal late last week, which meant the general public was not able to see the motion. The only people notified of the hearing in advance were attorneys involved in the case and government agencies who were told of the closure earlier in the week.

The hearing was recorded and made available to the public Wednesday.

“When your honor wants to have a complete record, I don’t know how that can be accomplished when unions, trade creditors or employees have not had an opportunity to voice concerns,” said Sherman, who represents the Unsecured Creditors Committee. “There is a disproportionate amount of people who not have an opportunity to understand what is happening.”

Ultimately Judge Whitman L. Holt granted the motion and authorized the closure, acknowledging the disruption and effect it would have on employees, patients and the Yakima Valley community.

Holt said he was granting the motion based on his assertion that Astria Health made a reasonable business decision. He noted that Astria Health has been unable to find a buyer or lender that would enable Yakima Regional to keep operating and end its continued financial loss.

The Yakima Herald-Republic will continue to cover the Astria Health bankruptcy and Regional closure in the days ahead.

We need your help. If you are a staff member, patient, family member or community member with questions, thoughts or stories to share, please let us know. We have a form at http://bit.ly/AstriaComments.

We’re also looking for historical photos and stories about how Regional has served Yakima over the years. Email photos to news@yakimaherald.com. Include information about who is in the photo and when it was taken.

Contact reporter Mai Hoang at mhoang@yakimaherald.com or call the newsroom at 509-577-7751.

Ultimately, the only result is that the hospital would continue to be subsidized by Astria Health's more viable operations, namely its hospitals in Toppenish and Sunnyside and its outpatient clinics, Holt said.

"Continue subsidization of continued losses of the Yakima hospital by the Sunnyside and Toppenish hospitals poses a risk to patient care and the general viability of those two hospitals," he said.

As a result, the 463 employees who worked at Astria Regional Medical Center were told about the closure Wednesday, as were the unions who represent many of these employees.

“We are as shocked as you are. We learned of Astria’s plan just this afternoon when notified by their bankruptcy lawyer,” wrote Sally Watkins, executive director of the Washington State Nurses Association, which represents more than 100 nurses at Astria Regional, in a letter to union members posted on its website Wednesday evening.

Astria started winding down inpatient services at Astria Regional on Thursday, and will cease operations there entirely within two weeks. The organization said it had lost more than $40 million since purchasing the hospital in August 2017 and had exhausted its options.

Astria officials did not respond to questions Thursday from the Yakima Herald-Republic. No information about the hospital closure was available to patients on its website. A closure plan was included in court filings.

“By choosing to shut down Yakima Regional on only a week’s notice, you have severely hampered nurses’ and other employees’ ability to cope with such a momentous derailment of their career,” she wrote in the letter, which was also posted on the union website. “WSNA is actively examining and will pursue all remedies available under its contract and federal and state law for Astria’s actions.”

Astria Health did not respond to the Yakima Herald-Republic questions on whether laid-off employees would receive severance or other benefits.

Amy Clark, spokeswoman for the Service Employees International Union 1199NW, which represents employees at Astria Regional, said they received notice of the closure Wednesday. The union did not receive any information regarding severance or other benefits.

“We recently learned of the planned closure of Astria Regional Medical Center and are disappointed that Astria Health was unable to find a buyer for this vital community resource,” Clark wrote in an e-mailed statement. “Members of SEIU Healthcare 1199NW work incredibly hard every day to provide the best care they can for their patients at (Astria Regional) and will continue to do so right up until the hospital closes. As a union, we will do everything we can to assist our members in finding new employment opportunities.”

“We are one of the legitimate places where people are going to be applying and looking for jobs if they don’t want to move out of the area,” said CEO Carlos Olivares. “We already are seeing a huge influx of applications coming our way, and we don’t have a lot of posted positions in the system, so it just creates an incredible amount of extra work and stress for our teams.”

Such an influx has become even more challenging with the short notice of closure, he said.

“We have a policy that we have to respond to people who inquire about opportunities in our organization,” he said. “We are respectful to people who are seeking employment with us, so we have to build a response now, and we would have been better prepared, of course, for these eventualities if we understood early on what (Astria Regional’s) strategy was.”

Janelle Retka and Lex Talamo contributed to this story.