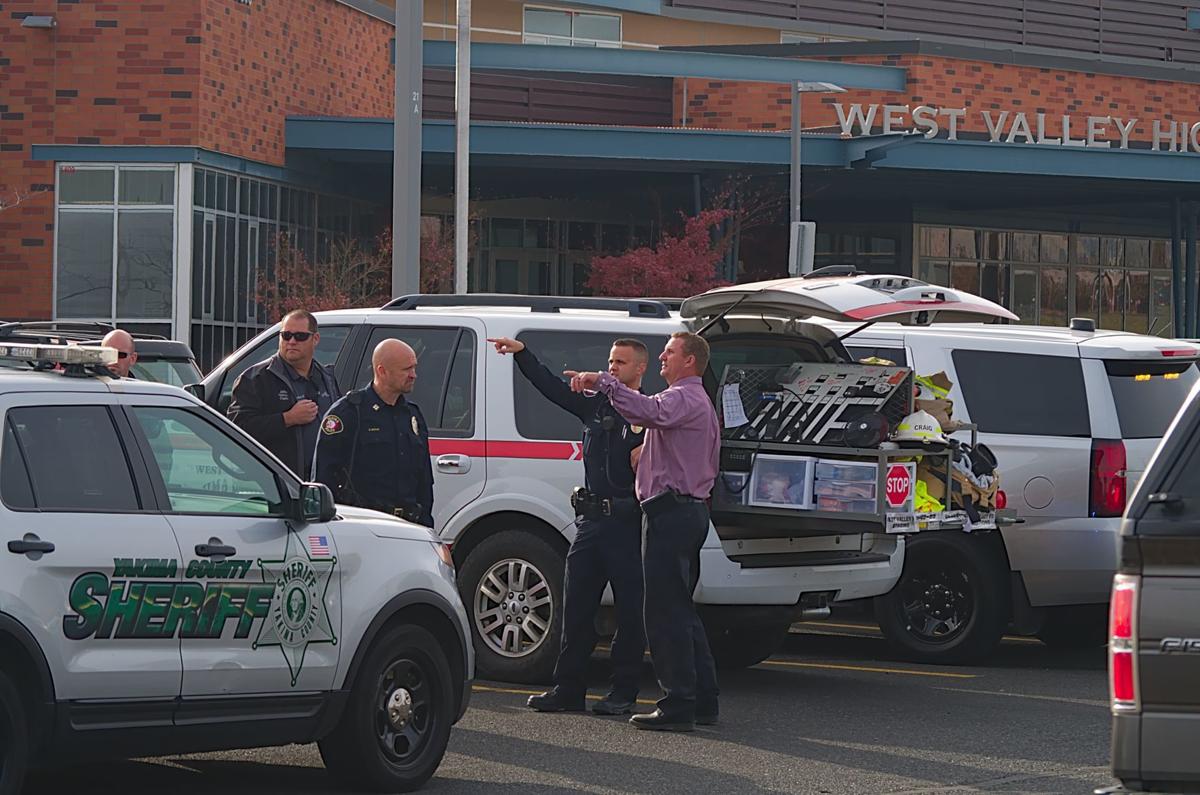 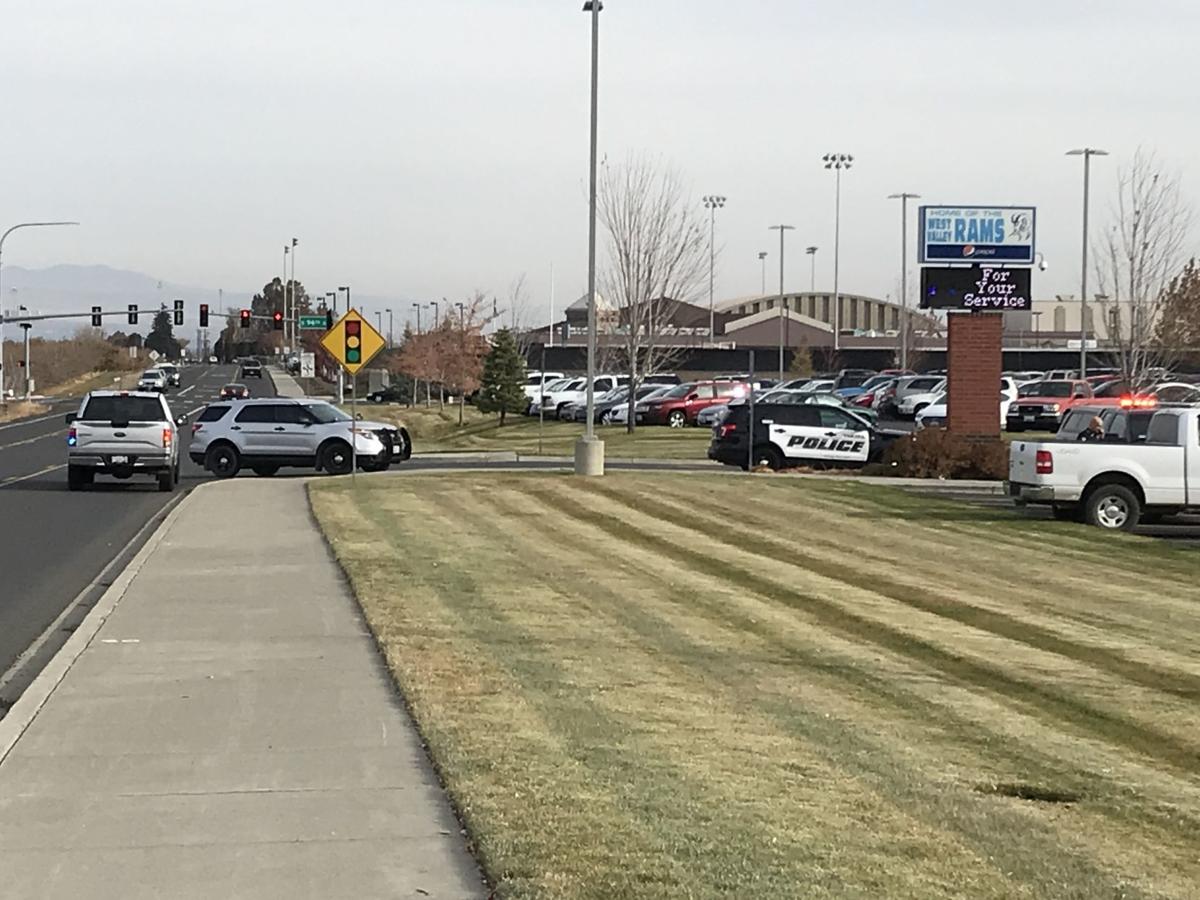 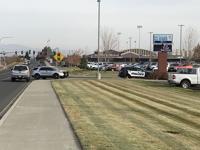 West Valley High School in Yakima was placed on a “secure and teach” lockdown after a report of an active shooter on campus. The report was found to be false.

West Valley High School in Yakima was placed on a “secure and teach” lockdown after a report of an active shooter on campus. The report was found to be false.

The student was concerned and called law enforcement. Officials from the Yakima County Sheriff’s Office, the Yakima Police Department and the U.S. Bureau of Alcohol, Tobacco, Firearms and Explosives responded, along with fire and ambulance services.

The high school and nearby freshman campus were placed on a lockdown until law enforcement determined it was a hoax, the sheriff’s office said. Shortly before 1 p.m. officials verified that there was no active shooter, Superintendent Michael Brophy said.

Brophy said area schools were placed in secure and teach, a form of lockdown that allows teaching to continue, but limits movement on campus.

District communications director Anjerie Nemrow said this included the high school and freshman campus. Cottonwood Elementary School was in a “test only” drill, she said.

“Officers did a sweep of the school and there was no active shooter. We are back to regular teaching,” Nemrow said midday Thursday.

“It definitely paid off,” Wuitschick said. “It was nice to have that kind of cooperation beforehand.”

Deputies investigated the incident and found a group of students was pranking the student at home “and did not think of the consequences of the hoax,” the sheriff’s office release said.

An investigation is continuing. Charges may be filed through the Yakima County Prosecutor’s Office, the release said.

The sheriff’s office encouraged all parents to discuss proper use of social media with their children.