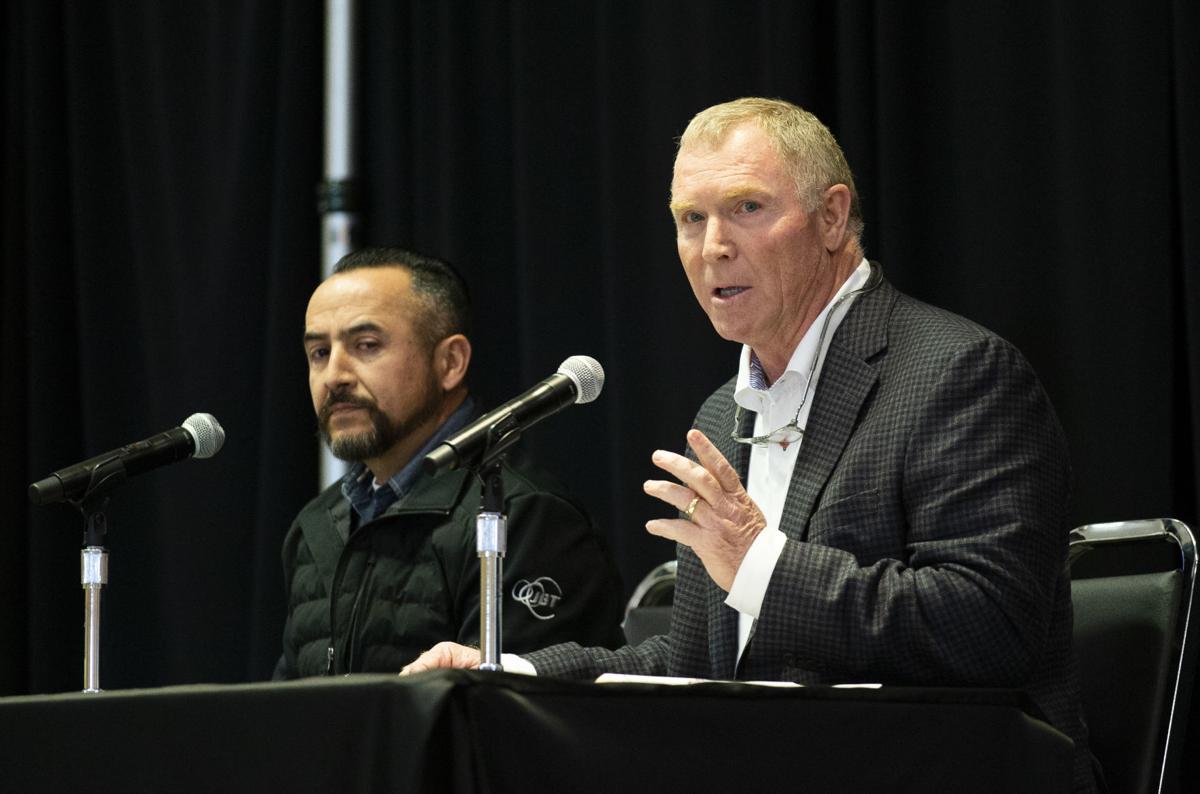 Nick Marquez, left, and Dave Edler, right, debate pros and cons of Yakima switching to a strong mayor form of government during the Greater Chamber of Commerce luncheon on Wednesday, Feb. 19, 2020 at Yakima Convention Center in Yakima, Wash. 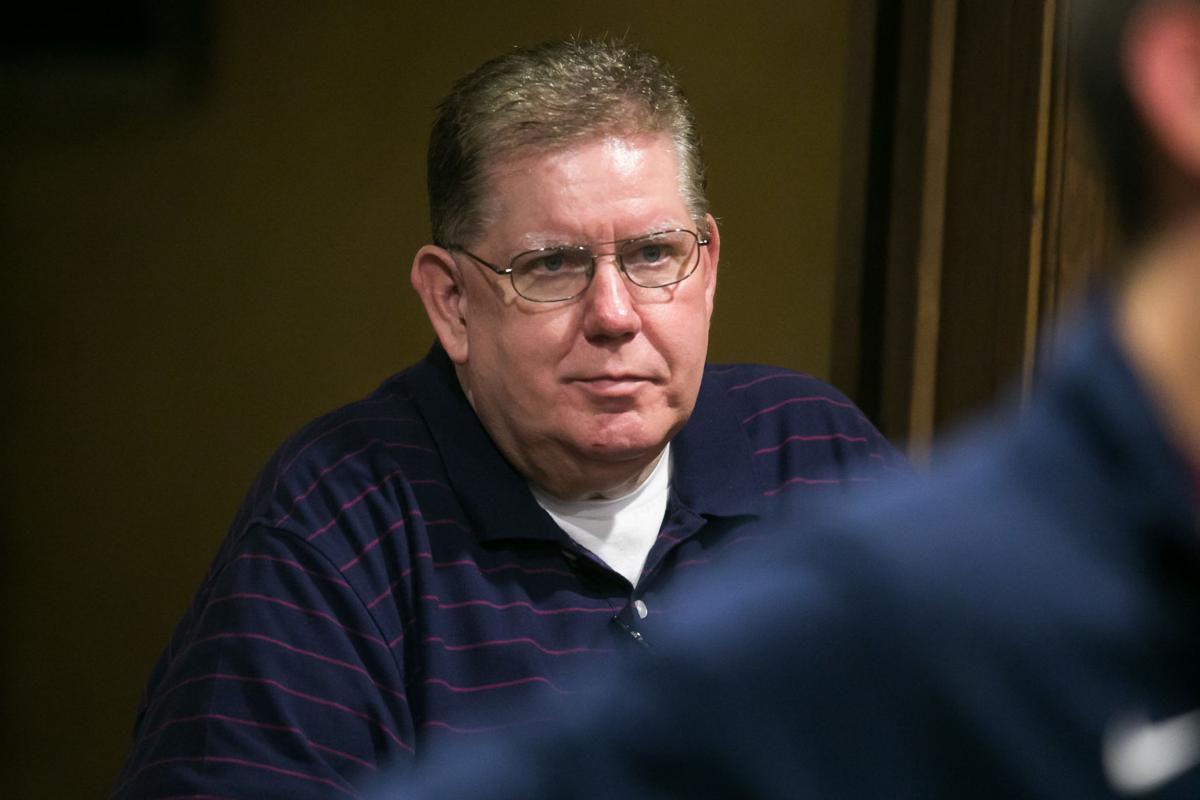 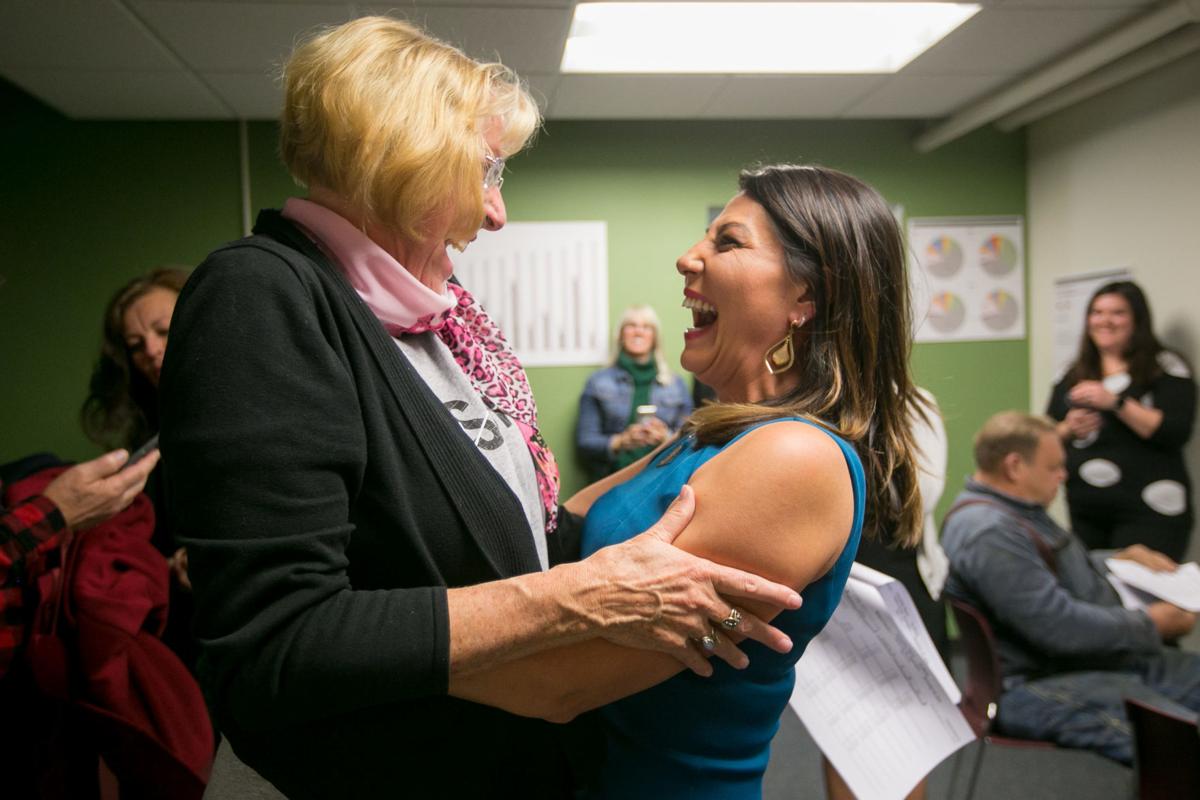 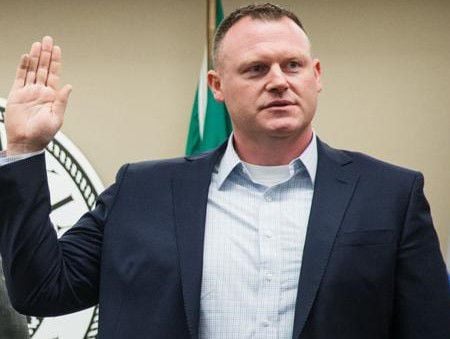 Nick Marquez, left, and Dave Edler, right, debate pros and cons of Yakima switching to a strong mayor form of government during the Greater Chamber of Commerce luncheon on Wednesday, Feb. 19, 2020 at Yakima Convention Center in Yakima, Wash.

Proponents of a shift to a strong mayor form of government for Yakima won’t pursue a voter initiative this year.

Rather, they’ll wait to see if a council is elected that might be more open to the idea, Dave Edler said Tuesday.

“We will let voters weigh in on the issue next year, when three of the seven Yakima City Council seats are on the ballot,” the former Yakima mayor said.

They argued that a mayor elected in a citywide election would be more accountable to all voters than a city manager, who runs daily affairs under Yakima’s current council-manager form of government.

In November, the Yakima City Council voted 4-3 to place the measure on the ballot for the Feb. 11 special election. But the council removed it the same day three groups sued in December. The lawsuits, saying the timing and language of the measure violated state law, have since been dropped.

The council decided in February not to add the measure to the November ballot, leaving it up to proponents to pursue a vote through the initiative process, where organizers would have to obtain signatures equal to 15% of votes cast in the preceding general city election.

Edler said the decision came down to personal evaluations of commitments to family and work.

“We believe that we could gather the signatures and that we would probably win the eventual election, but we also believe that doing so would have been a part-time job for the next year or so,” he said. “None of us could make that time commitment.”

Edler, in a statement sent to the media, said some council members who had promised support for the measure had switched their votes.

In a column for the Yakima Valley Business Times, Smith identified them as Soneya Lund and Brad Hill.

Lund told the Yakima Herald-Republic in early February that she voted against the measure because she believed taxpayers did not want to see their money spent defending an avoidable lawsuit and that they’d rather see that money going to addressing immediate priorities, such as homelessness, public safety and aging infrastructure.

She did say she would be open to the idea of placing the strong mayor issue before voters during the campaign, Lund said. But she changed her mind after the lawsuits were filed. She also said some people were frustrated when the topic kept resurfacing during council discussions.

Smith said in his editorial that Hill told him in advance of the February council vote that he had changed his mind, “thinking the new group needed more harmony and his move would force us to put the measure on the ballot” through initiative, according to the editorial.

Hill, who initially voted in favor of putting the measure on the ballot, told the newspaper Wednesday that he changed his mind because only seven people contacted him in support of the proposal after the council vote.

Those included Smith, Leita, Edler, and former mayor Kathy Coffey, who has since been listed as a main member of the proponent team.

“That made me think twice about voting for this issue a second time,” he said. “There is no popular support for this, despite what (Smith) led me to believe when he advised my campaign in 2017.”

Hill said he saw no reason to potentially disenfranchise voters “based on the preference of seven people, some of who have stated their willingness to serve as strong mayor.”

“My primary concern is over why the group which has pressed for this is very small, and very privileged,” he said. “All but one ... are prominent in local politics or media. They already have an outsized influence on our community.”

Hill said he supported the strong mayor proposal in November council vote because proponents had assured him it was legally sound, which proved not to be the case when three attorney sued the city in December, saying the timing and language of the proposal violated state law.

Hill said Yakima can succeed and serve its citizens well regardless of the city’s form of government.

Edler said in his written statement that proponents plan to recruit and assist candidates for the City Council who would “let the people themselves decide this important issue.”

“Until then, we need to hold the current council accountable,” he said. “They need to show the sort of effective leadership that has been missing for years. They need to begin to solve our community’s problems, many of which have long languished.”

Editorial Note: This article has been updated to include Councilman Brad Hill's response.