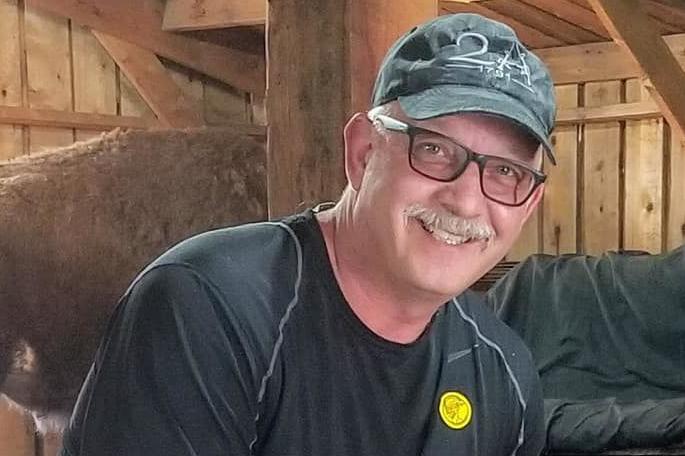 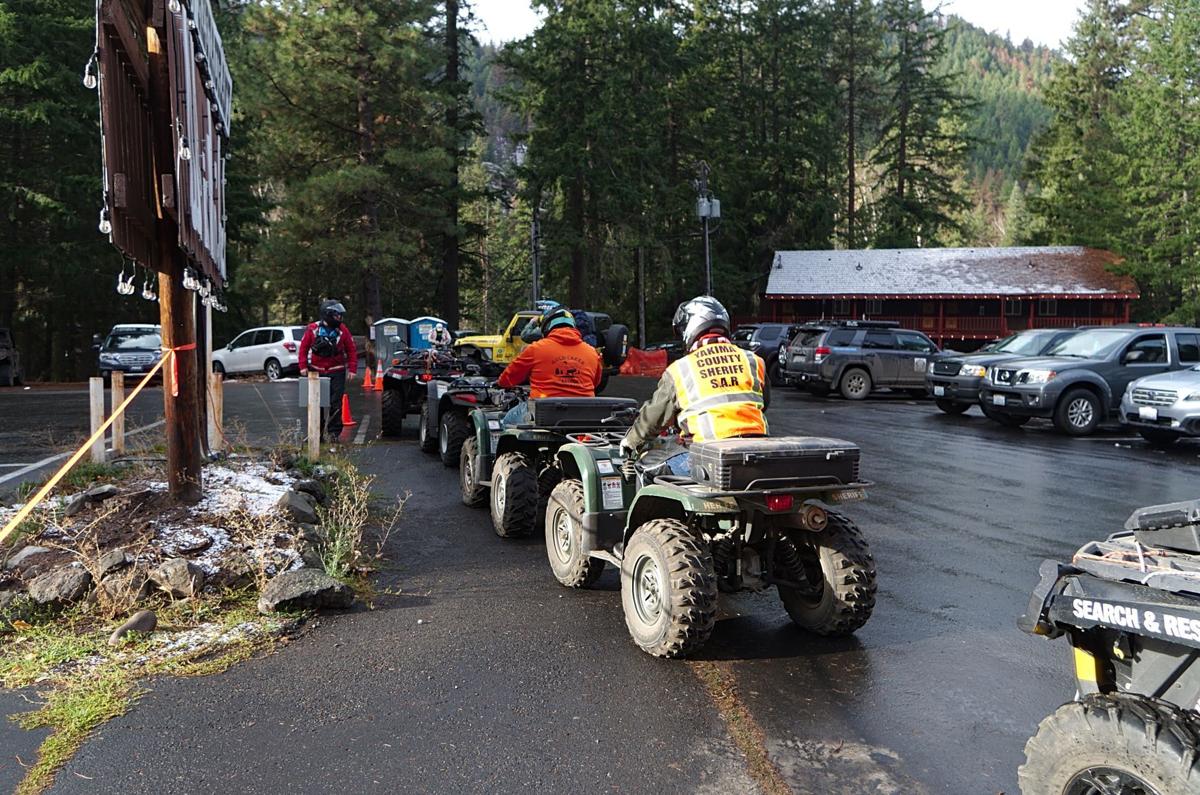 Search teams on ATVs, including members of the Yakima County sheriff's Search and Rescue Team, arrive at Whistlin' Jack Lodge near Cliffdell Saturday, Nov. 6, 2021, prior to heading out to look for missing Seattle Deputy Fire Chief Jay Schreckengost. Schreckengost, 56, has been missing near Cliffdell since Tuesday, Nov. 2.

Search teams on ATVs, including members of the Yakima County sheriff's Search and Rescue Team, arrive at Whistlin' Jack Lodge near Cliffdell Saturday, Nov. 6, 2021, prior to heading out to look for missing Seattle Deputy Fire Chief Jay Schreckengost. Schreckengost, 56, has been missing near Cliffdell since Tuesday, Nov. 2.

An autopsy performed in Kittitas County found Schreckengost, 56, had a broken wrist and spine, among other injuries, when he was found near the bottom of a 700-foot broken slope, according to the Kittitas County Sheriff’s Office, which oversaw the nearly two-week-long search effort.

“Further investigation in the field led investigators to believe Chief Schreckengost fell down steep hillside or cliff faces more than once before coming to rest where he was found last Sunday,” a news release said.

When Schreckengost went out, there was snow on the ground, creating slick conditions in the mountainous terrain, the release said.

Schreckengost contacted his family on Nov. 2, when he went out to scout elk in the Cliffdell area, authorities said. He never checked in that night.

The truck, which became the center point of the search operation, was within Kittitas County. Schreckengost’s body was found Nov. 14 at the bottom of the slope a half-mile from his truck, authorities said.

Investigators believe Schreckengost slipped or fell partway down that slope to a point where he couldn’t climb up or go down safely, the release said. He likely fell again, the release said, and was fatally injured.

His body was in an area of thick brush and required technical climbing equipment to get to, the release said. Mountain rescuers from several teams located him.

They were part of a massive search effort that included Schreckengost’s fellow Seattle firefighters and more than 60 agencies from around the state.

Seattle firefighters brought Schreckengost’s body back to Seattle on Friday, the release said.