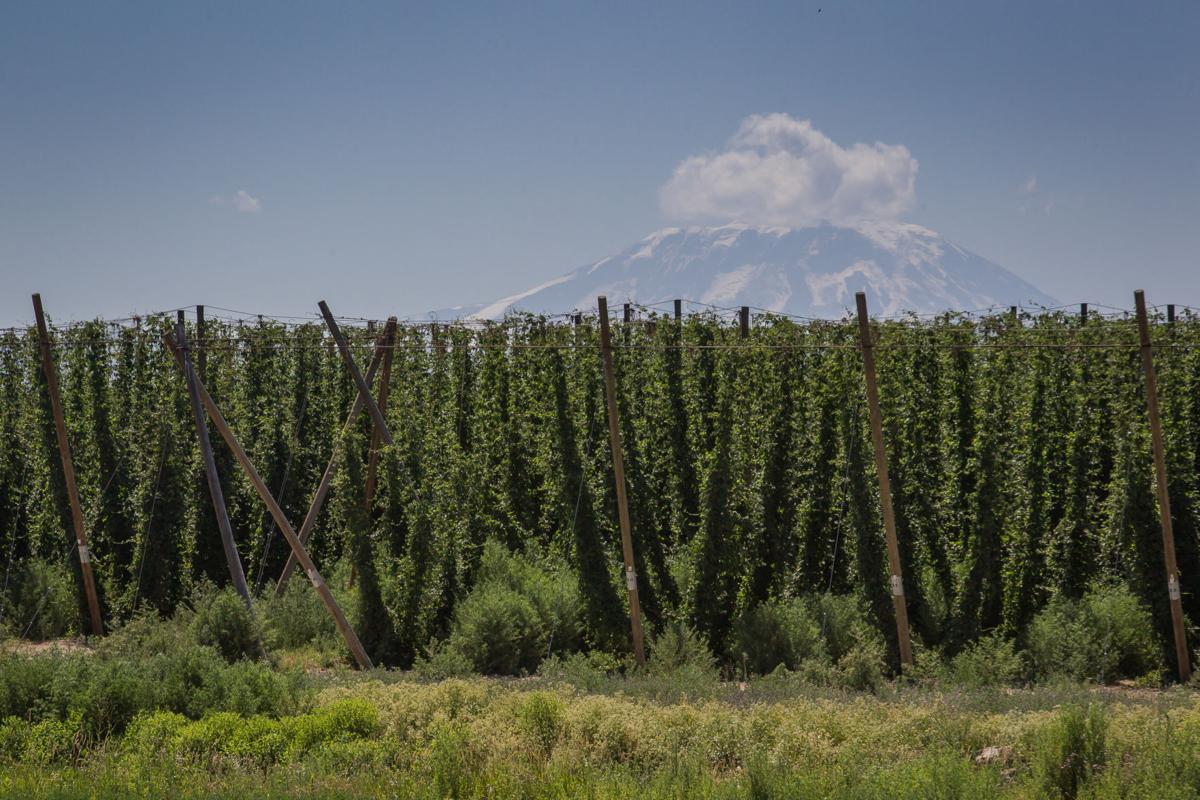 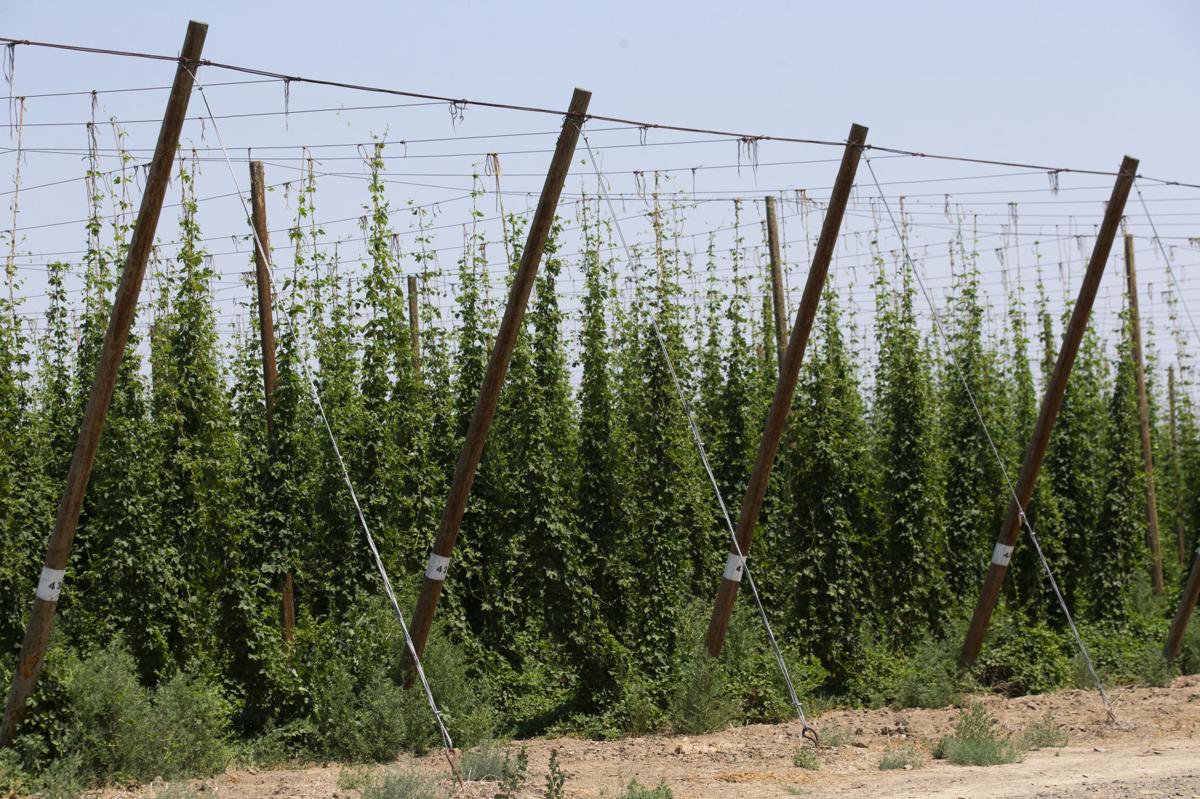 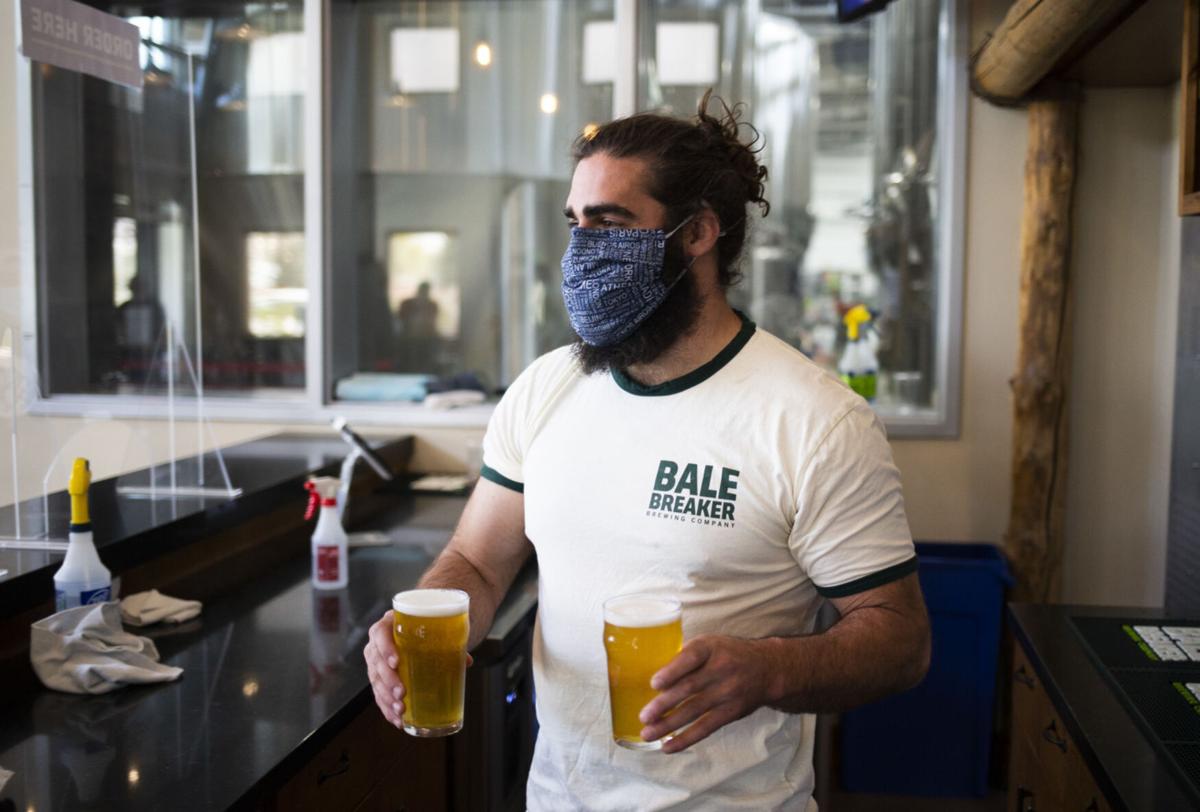 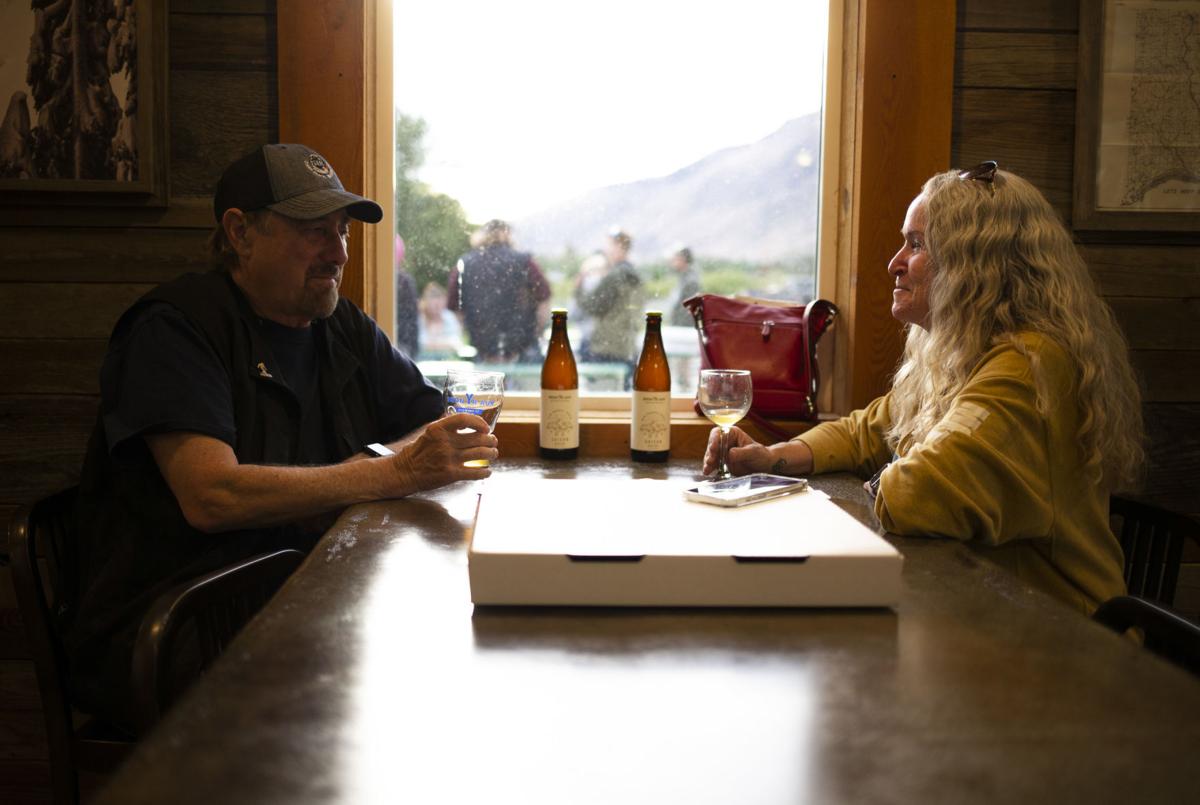 Hop bines generally do well in heat, but the temperatures last week were excessive.

“We’ve never had 110 and 115 temperatures in late June, and not for this long period,” said Pete Mahony, vice president for supply chain and purchasing for John I. Haas, a hop processor and supplier in Yakima.

Mahony said he anticipates some damage to hops, but doesn’t yet know the extent. And with a lot of summer left, he said more extreme heat conditions might impact the hop bines grown around the Yakima Valley.

“We may be looking at a below-average crop in yield in the end,” he said.

For now, the Yakima Valley and the U.S. are looking at record hop acreage, according to the latest report from the National Agricultural Statistics Service, or NASS.

In a June 10 report, the organization, part of the U.S. Department of Agriculture, forecast a record 60,735 acres, a 4% increase over last year’s 58,641, which was the previous record.

Acreage increased in Washington, Oregon and Idaho, which grow nearly all the country’s hops. A sizable portion of the growth came from hops planted in Oregon in 2020 but not strung until this year, said the Hop Growers of America, a trade organization in Yakima, in a news release.

In the spring, hop bines are wrapped around string so they can get maximum sun exposure. Depending on the variety, hops are ready to be harvested in August or September. The NASS figure includes hops that are strung for harvest.

While the new Oregon hop plantings accounted for most of the acreage increase, Washington state hops, which are primarily grown in the Yakima Valley, still make up a significant portion of the U.S. acreage at 71%. Idaho and Oregon made up 16% and 11% of U.S. acreage, respectively.

However, planted acreage doesn’t always translate into high yields, especially if there are weather issues. For example, when the 2020 harvest concluded, there were 533 fewer acres harvested than predicted in the June 2020 NASS report due to damage from wildfires and windstorms.

However, Mahony said a lower yield might have worked out due to lower demand for hops from the craft beer industry.

The craft beer industry and demand for craft beers, generally hop-forward and flavorful, have driven hop acreage and yields the last 15 years.

But last year, the COVID-19 pandemic forced breweries and restaurants to shut down or scale back operations, causing a drop in sales.

U.S. retail dollar sales of craft beer in 2020 fell by 22% to $22.2 billion, according to the Brewers Association, a trade association for the craft beer industry. U.S. craft beer production also dropped year-over-year by 9.3%.

As a result, demand for hops also dropped.

The craft beer industry has started to bounce back in recent months, however.

“We’re not fully recovered to the levels we were pre-COVID, but we’re moving in the right direction,” Mahoney said. “We’re cautiously optimistic the (nearly) 61,000 acres will be the right amount.”

While hop acreage continues to increase overall, it’s driven by certain varieties. In general, hops that are popular in IPAs have seen the biggest increase.

In addition, the proprietary varieties developed through private breeding programs are making up a more significant percentage of the hop acreage overall.

The top hop variety, Citra, was developed by Hop Breeding Co. LLC, or HBC, a joint venture between John I. Haas Inc. and Yakima Chief Ranches. The NASS report estimates Citra at 11,994 acres, or 19.7% of the total U.S. acreage. That is also a 9.1% increase from the Citra acreage harvested in 2020.

Other top varieties include:

Combined, the top five varieties make up 53% of U.S. hops.

Breeding programs such as HBC work closely with breweries during the development of proprietary hops. Cowiche Canyon Kitchen, a downtown Yakima restaurant, often has a tap reserved for a beer that John I. Haas brewed with new hops. And local breweries often make beers with new proprietary hops and gather feedback from consumers.

As a result, consumers gain brand recognition for these hops and the flavors they provide, which drives demand for them, Mahony said. And in turn, suppliers and growers can better sense demand for specific varieties.

“I do feel in the Yakima market, the consumers here are getting educated on hops and seek that out,” he said.

The hop harvest has begun in the Yakima Valley, which produces more than 70% of hops in the United States, and more than 25% in the world. It's running a little bit behind, but looking good so far.