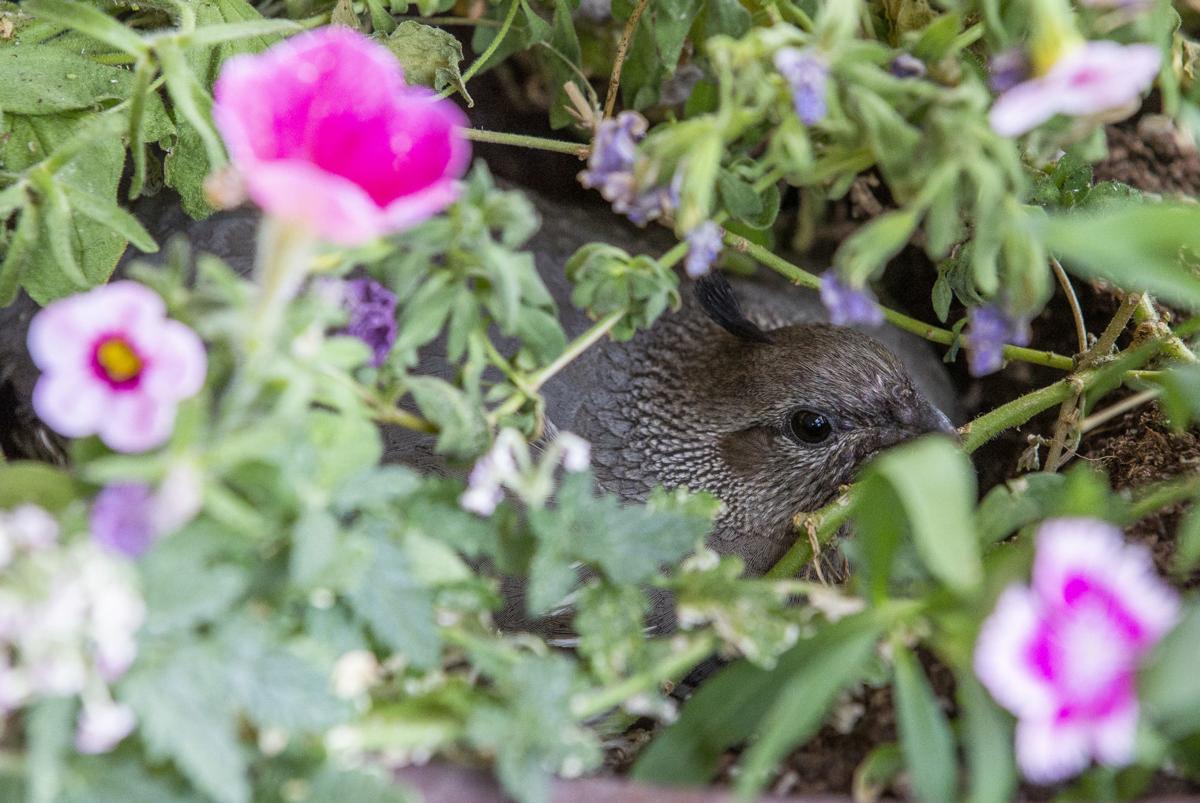 A California quail sits on 11 eggs in a flower pot near Tom Berndt and Diane Berndt's front door on Saturday, June 27, 2020, in Yakima, Wash. 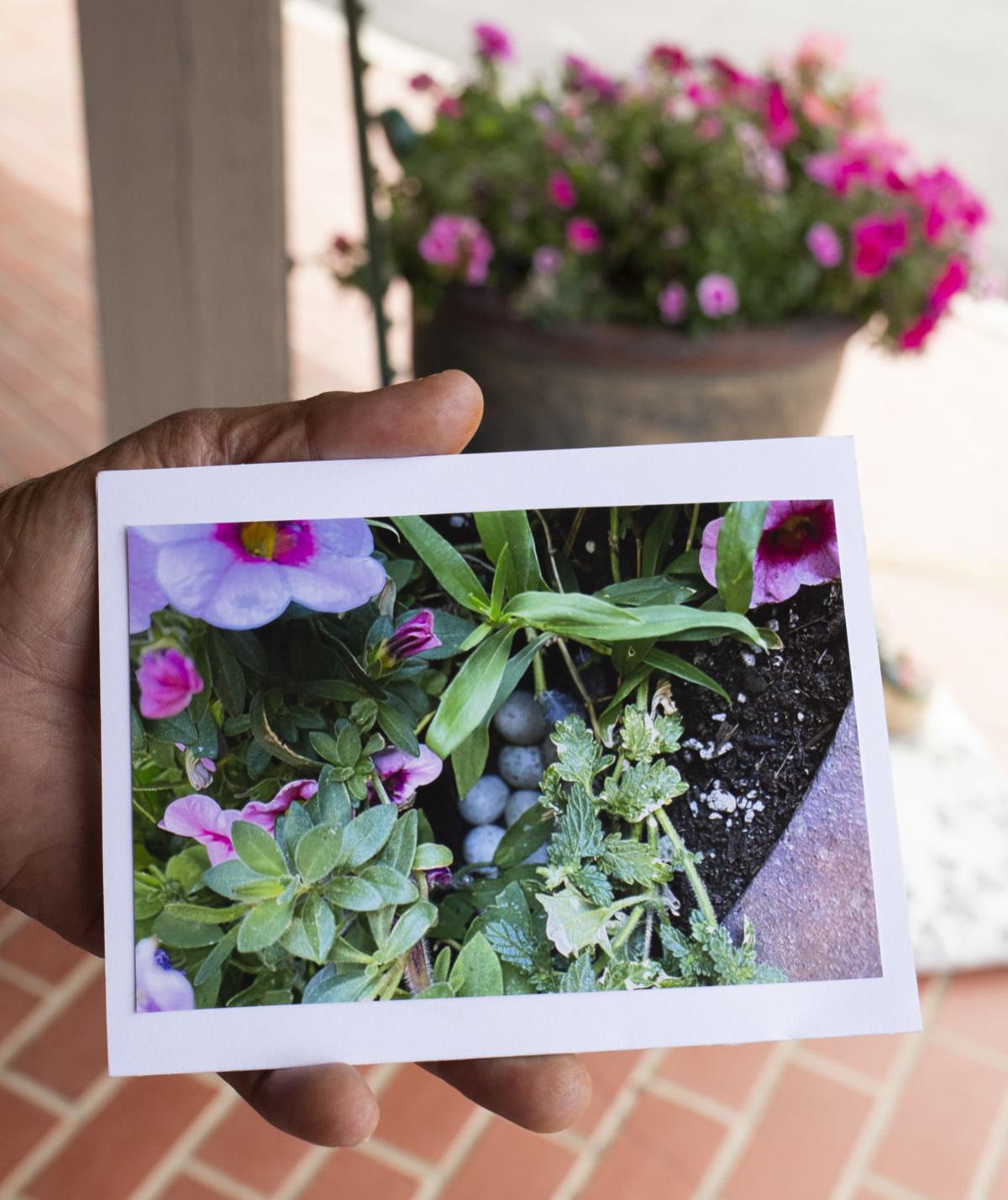 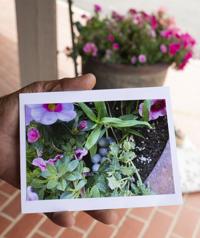 Tom Berndt shows a photo of the 11 quail eggs nested in a flower pot near his front door on Saturday, June 27, 2020, in Yakima, Wash.

A California quail sits on 11 eggs in a flower pot near Tom Berndt and Diane Berndt's front door on Saturday, June 27, 2020, in Yakima, Wash.

Tom Berndt shows a photo of the 11 quail eggs nested in a flower pot near his front door on Saturday, June 27, 2020, in Yakima, Wash.

NACHES HEIGHTS — Tom and Diane Berndt have lived with wildlife since they moved into their home 43 years ago, but the quail family in the flower pot by the front door is the closest yet.

Mama has sat on 11 eggs sheltered by petunias for three weeks as of Friday. That means the little ones could appear any time this weekend, Tom Berndt said that day. The couple live at the end of Berndt Bluff Road off Schuller Grade Road.

“She laid one every day for a week and a half. The gestation period is 21 to 23 days, and today is roughly the 21st day I’ve seen her sitting on them,” he said.

The Berndts see deer, elk, coyotes, rock chucks, red-tail hawks and turkey vultures around their property high above a picturesque bend in the Naches River. Quail are a common sighting.

Hannah Currans, who provides health care for Diane Berndt, was the first to notice a pile of dirt on the pavers where the planter sits. She cleaned it up, but also took a closer look.

“I was feeling around to see if the soil was wet,” she said. That was about five weeks ago. Two weeks later, she and the Berndts spotted the first egg.

They’ve kept a close eye on domestic developments since, from a distance as much as they can. The feathered expectant father in turn watches them, along with his mate. The petunias provide ideal shelter; it’s hard to glimpse anything other than the flowers, but mama takes occasional breaks.

“I’m pretty sure I’ve seen the male sitting on the eggs,” Tom Berndt said. “Every once in a while she’s gone off to feed.”

Berndt, a retired public school teacher like his wife, is an avid historian. He’s compiled a history of Naches Heights from 1900-1940 and Eschbach Park, a few miles down the road. Both are on display inside the Naches Heights Fire Department.

But he wanted a little more information on quail so called Rob Phillips, who writes the Northwest Sportsman column for the Yakima Herald-Republic.

As noted by Phillips, California quail live near the Columbia River all the way up to some forested creek bottoms in the Cascades foothills. Much of the quail population is around the grain fields and orchards of the lower Yakima Valley, and the birds can also be seen sprinting around many Yakima and West Valley neighborhoods.

Quail are runners, preferring to sprint over flying. The times they’ve seen mama leave her nest, the Berndts have admired her speed.

“Boy does she run,” Diane Berndt said. “But she always comes back.”

Once the chicks appear, the Berndts won’t see them for long. Phillips said within days of hatching, the chicks are just as zippy as their parents.