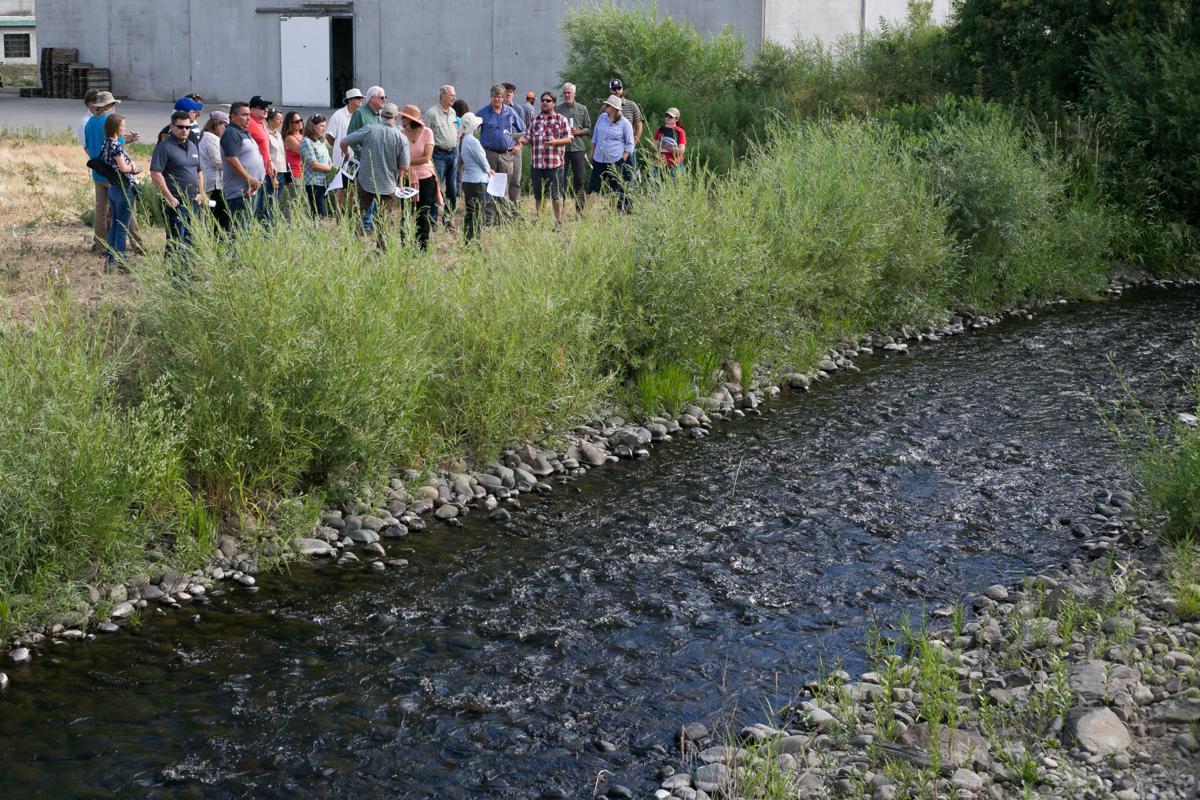 Members of the state’s Salmon Recovery Funding Board visit the Cowiche Creek Siphon on Thursday at 5477 W. Powerhouse Road in Yakima. 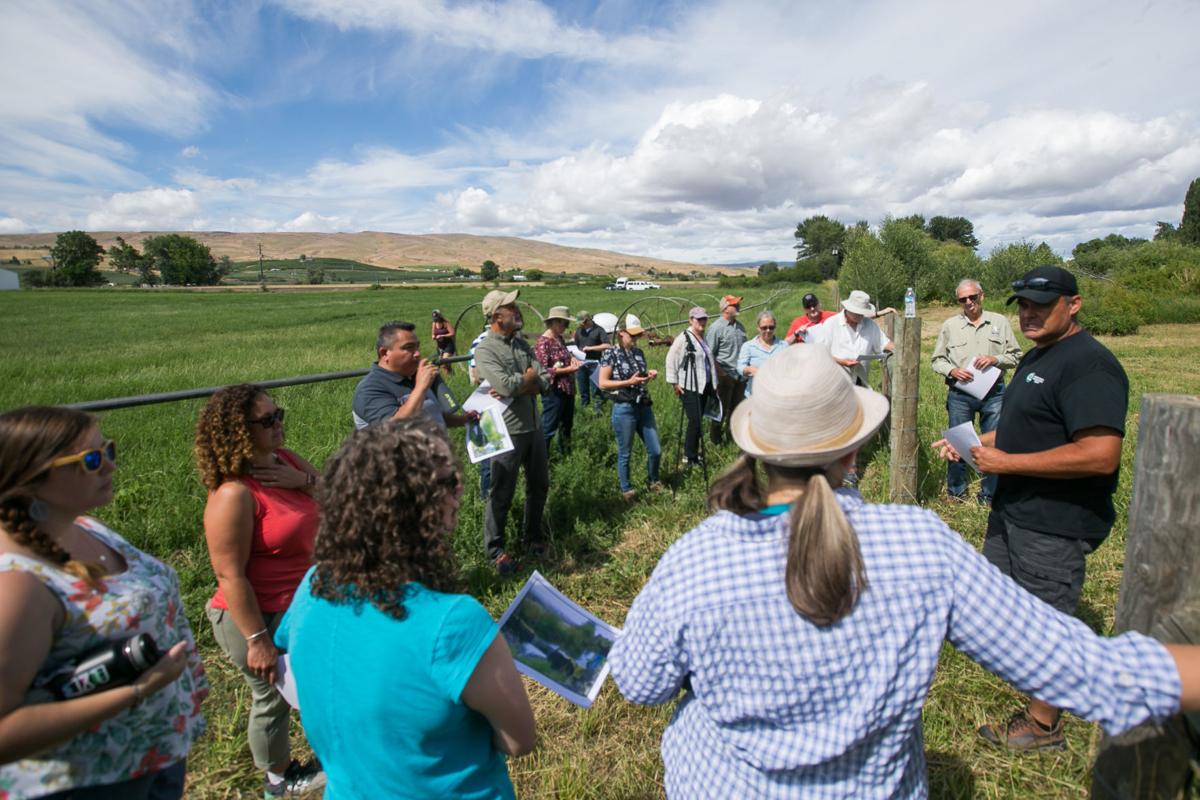 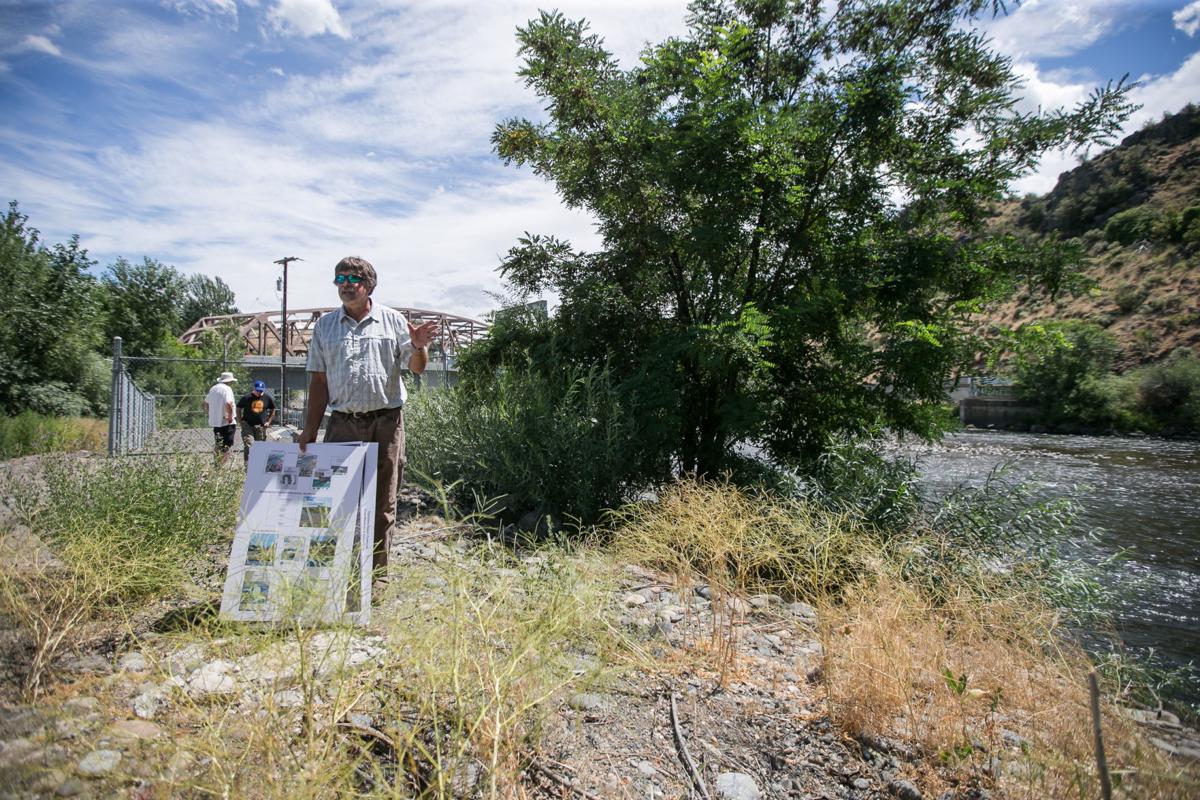 Members of the state’s Salmon Recovery Funding Board visit the Cowiche Creek Siphon on Thursday at 5477 W. Powerhouse Road in Yakima.

Cowiche Creek is a good place to start when it comes to salmon and steelhead success stories in the Yakima Basin.

Fish once eliminated from the small tributary have returned. Obstacles to passage have been removed, and riparian vegetation provides a faster-flowing, cooler path upstream.

While it’s hardly fixed every problem or brought back historic populations, Yakima Basin Fish and Wildlife Recovery Board Executive Director Alex Conley said it’s an example of positive steps in the region.

Conley led a tour of project sites Thursday funded in part by the state’s Salmon Recovery Funding Board, which was meeting in Yakima this week. The board grants $18 million annually to projects across the state. He estimated about $1.2 million to $1.5 million of that money goes to the Yakima region, where several partners work toward common goals outlined in the Yakima Basin integrated water management plan.

The North Yakima Conservation District’s Justin Bader kicked things off at what’s called the Cowiche Siphon, at the intersection of the Naches-Cowiche Canal and Cowiche Creek near Powerhouse Road. Bader explained how his organization and the county removed and replaced a concrete siphon so it no longer creates a barrier for juvenile coho and steelhead.

While options were limited in the relatively urban area, the next stop on the tour took participants to Snow Mountain Ranch, where there are 1,800 acres of conservation lands.

Those efforts on Cowiche Creek pale in comparison to the county’s plans for removing and replacing Nelson Dam, the final stop on Thursday’s tour. County water resources specialist Joel Freudenthal outlined the plan to fix a failing infrastructure, where he said the fish ladder must close during prime migration runs of steelhead and spring chinook to remain functional at all.

Although the floodplain has been improved, construction once scheduled for 2017 has been pushed back to at least 2020. Nonetheless, it’s expected to be a critical piece of restoring salmon and steelhead runs.

Conley believes despite poor returns the last two years, steelhead populations generally remain on track to meet the standards to remove the fish from the state’s endangered species list. He said steelhead fisheries could be restored in the Yakima River — at least for catch-and-release. Yakama Nation Fisheries and many other key partners will continue to play a critical role.

North Yakima Conservation District Manager Michael Tobin said more education is needed to get all stakeholders on board.

“We’re changing a culture of land use along the way,” Tobin said at a stop highlighting a barrier removal on Cowiche Creek near Cowiche. “That’s part of our book on business.”