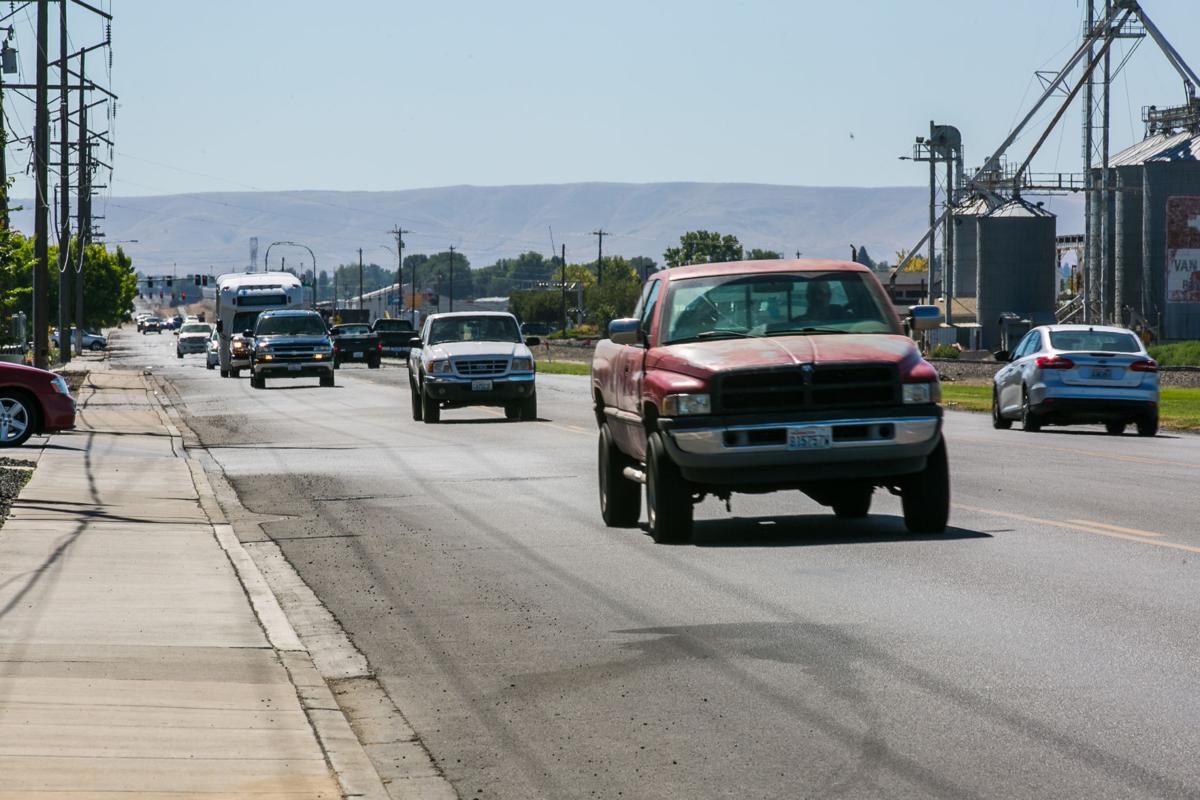 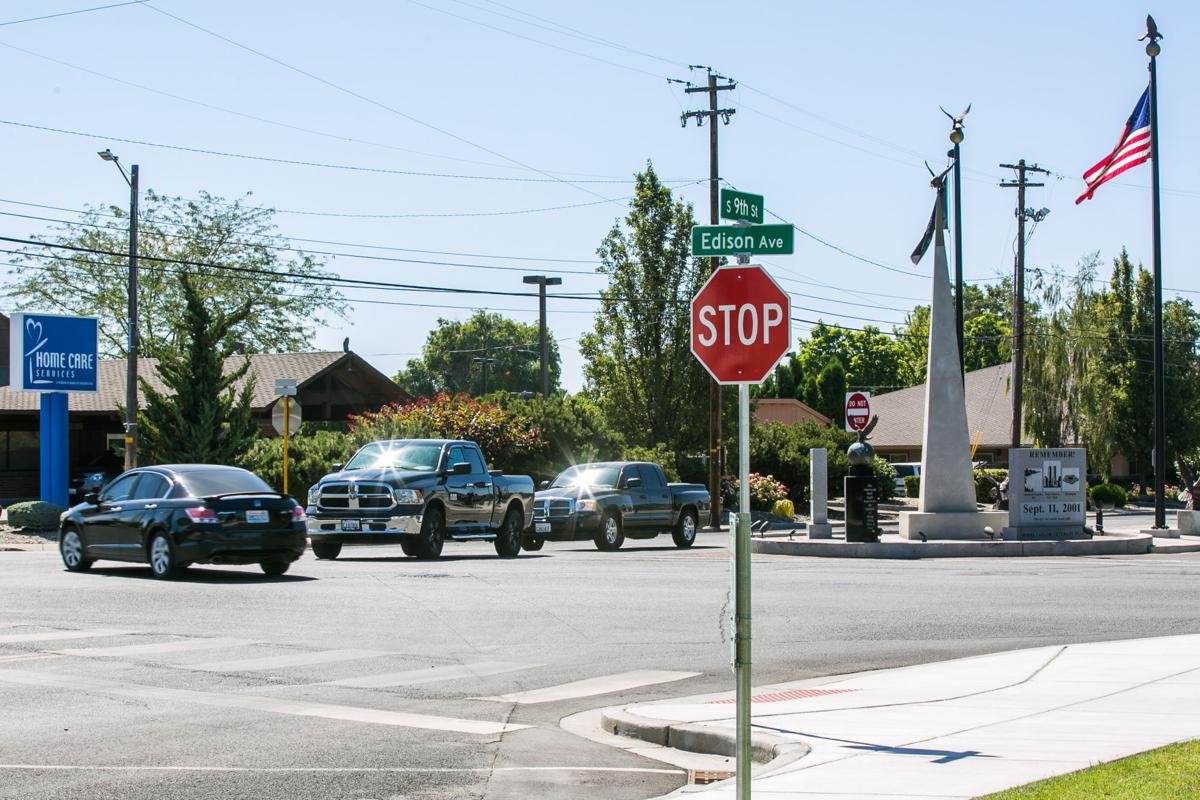 Vehicles drive through the intersection of Ninth Street & Edison Avenue on Thursday, July 16, 2020, in Sunnyside, Wash. This intersection is one of the listed projects in the Six Year Transportation Improvement Program from 2021 to 2026.

Vehicles drive through the intersection of Ninth Street & Edison Avenue on Thursday, July 16, 2020, in Sunnyside, Wash. This intersection is one of the listed projects in the Six Year Transportation Improvement Program from 2021 to 2026.

SUNNYSIDE — In 2019, members of the Sunnyside City Council created a transportation benefit district. Now they’re hoping voters will approve a sales tax to fund it.

Ballots for the Aug. 4 primary include a proposition for a sales tax of up to two-tenths of 1% on retail sales in Sunnyside to be collected within the district for 10 years. The sales tax would pay for or finance costs of transportation improvement projects identified in the City of Sunnyside Transportation Improvement Program for 2021-26, which was passed at a public hearing July 13.

The current sales tax in Sunnyside is 8%, which includes state, county and city rates, City Manager Martin Casey said in an email. If the proposition passes, the tax would increase to 8.2%.

Voters are asked: Should this proposition be approved?

To pass, the proposition must receive a “yes” from a simple majority (50%) of eligible voters plus 1. There are 43,640 registered voters in the transportation benefit district, according to the Yakima County Elections Office. The district takes in an area slightly larger than the city of Sunnyside.

If approved, the new sales tax would generate an estimated $400,000 in annual revenue, according to a fact sheet Casey provided. Passage of the proposition would provide a funding source for 10 years for local transportation.

Maintaining city streets, alleys, bridges, sidewalks and gutters so they’re safe and usable is a constant and expensive responsibility for municipal leaders, who must pick and choose among projects due to funding constraints. Transportation benefit districts offer much-needed funding opportunities for those projects.

In creating the transportation benefit district, city officials had the option of imposing an annual vehicle fee, by majority vote of its governing board, up to the amount allowed by law (currently up to $30) without a public vote. Such districts also have other revenue options subject to voter approval.

Sunnyside leaders chose a sales tax to generate revenue, rather than a car tab fee, a possibility that’s come under increased scrutiny in recent years. In November, a majority of voters approved Initiative 976, which limits license fees for vehicles to $30, except for voter-approved charges. A lawsuit halted implementation, but city officials throughout Washington have already halted or curtailed transportation projects.

In Yakima, passage of I-976 halted a $15.5 million project to refurbish North First Street.

“Council discussed the options earlier this year before placing the sales tax proposal on the ballot,” Casey said. “In their deliberations, some council members expressed that voters had made clear their views on car tab fees and favored giving voters the choice whether to raise the sales tax rate.”

Here are some of the road projects outlined in Sunnyside's transportation improvement plan:

After dire warnings about the devastation of Initiative 976, dramatic pain may not be felt in Washington state transportation plans after all.