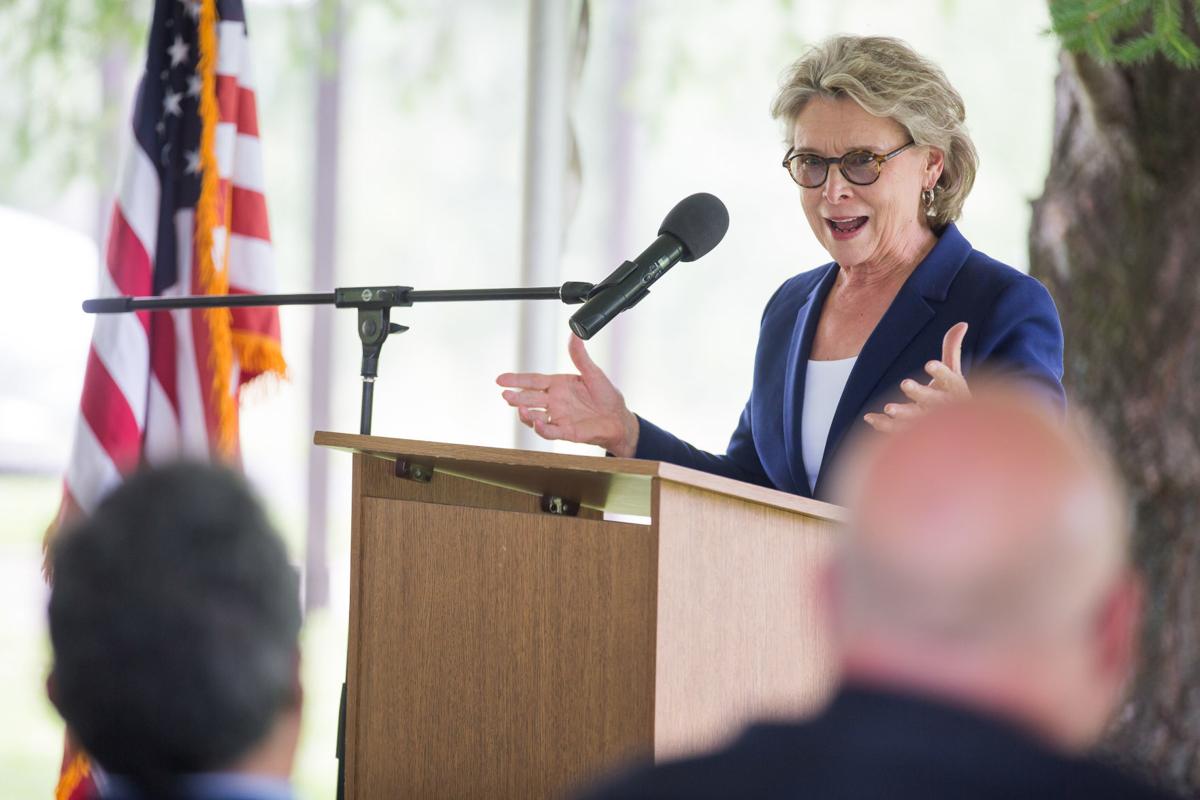 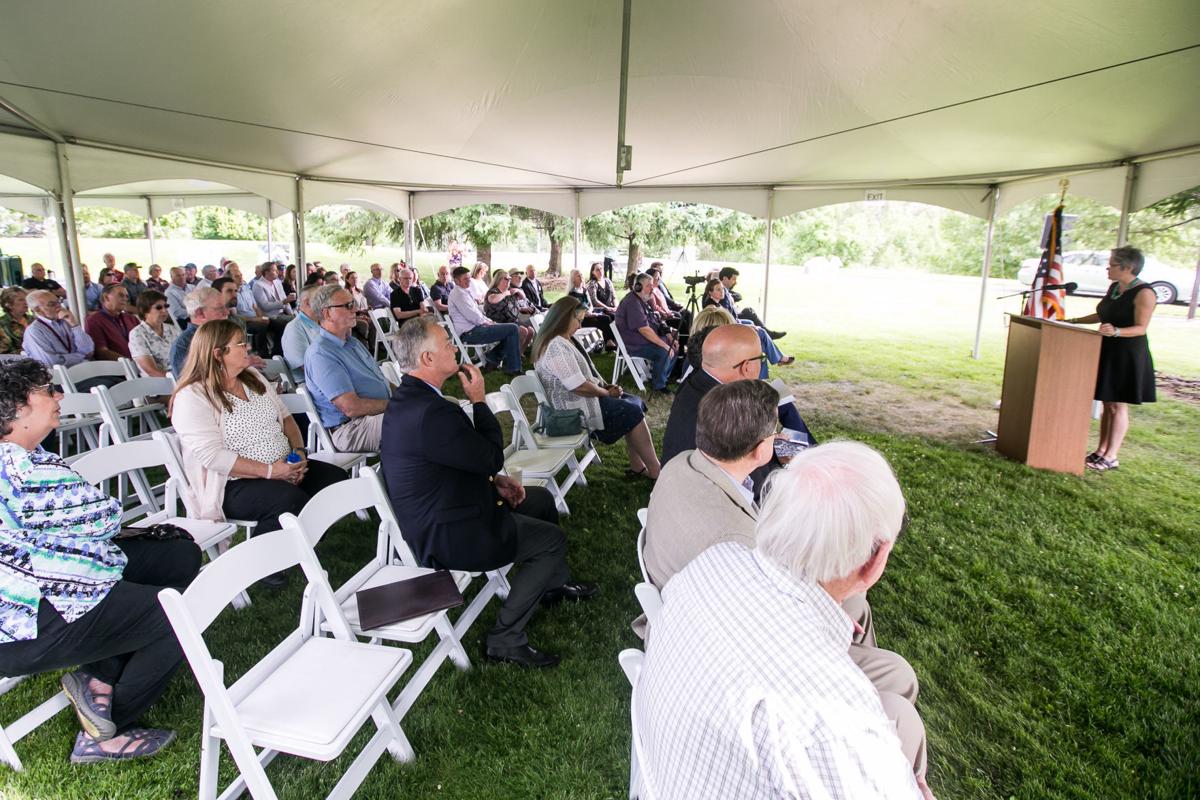 Maia Bellon, director of the state Department of Ecology and a water attorney, hosts a celebration for the end of the historic Ecology v. Acquavella water rights case on Wednesday at Sarg Hubbard Park in Yakima. 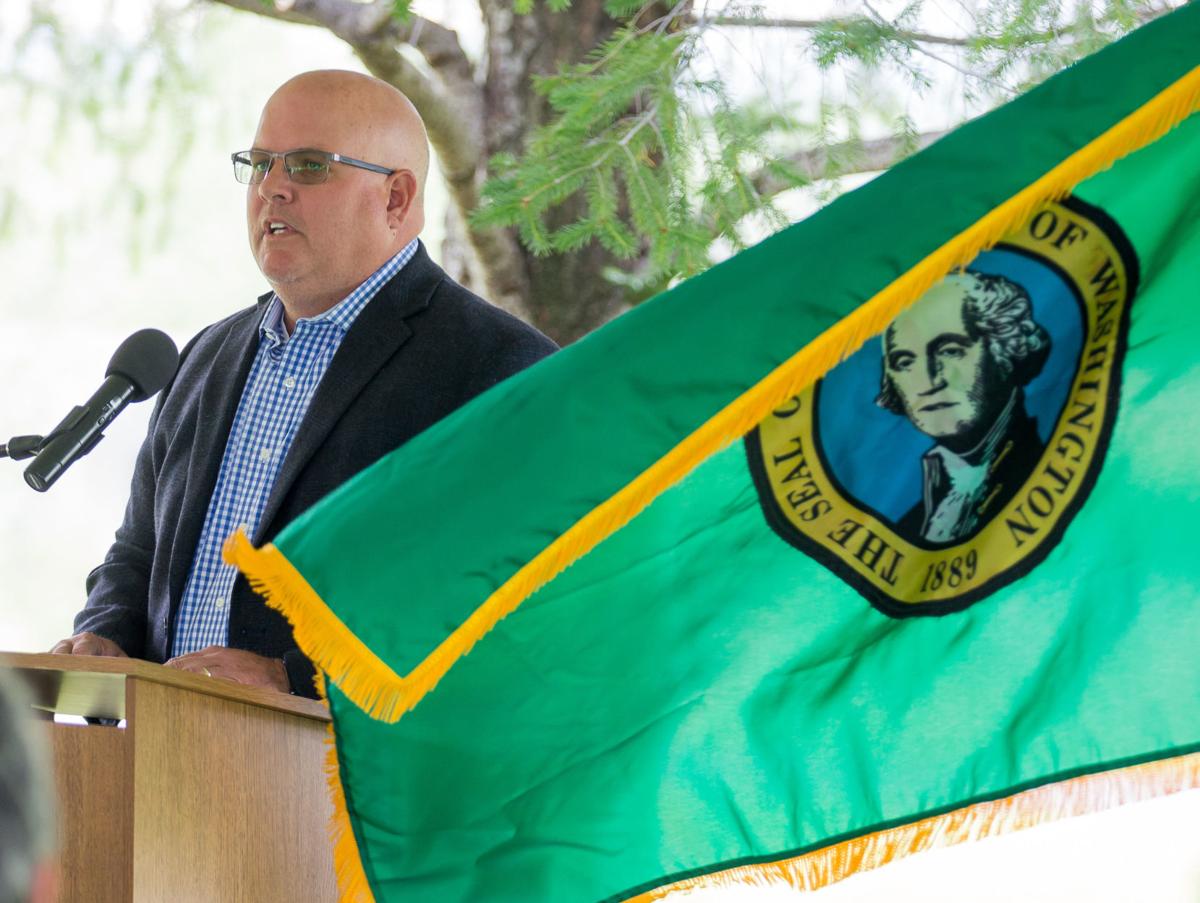 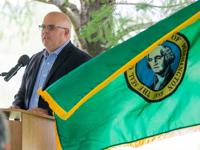 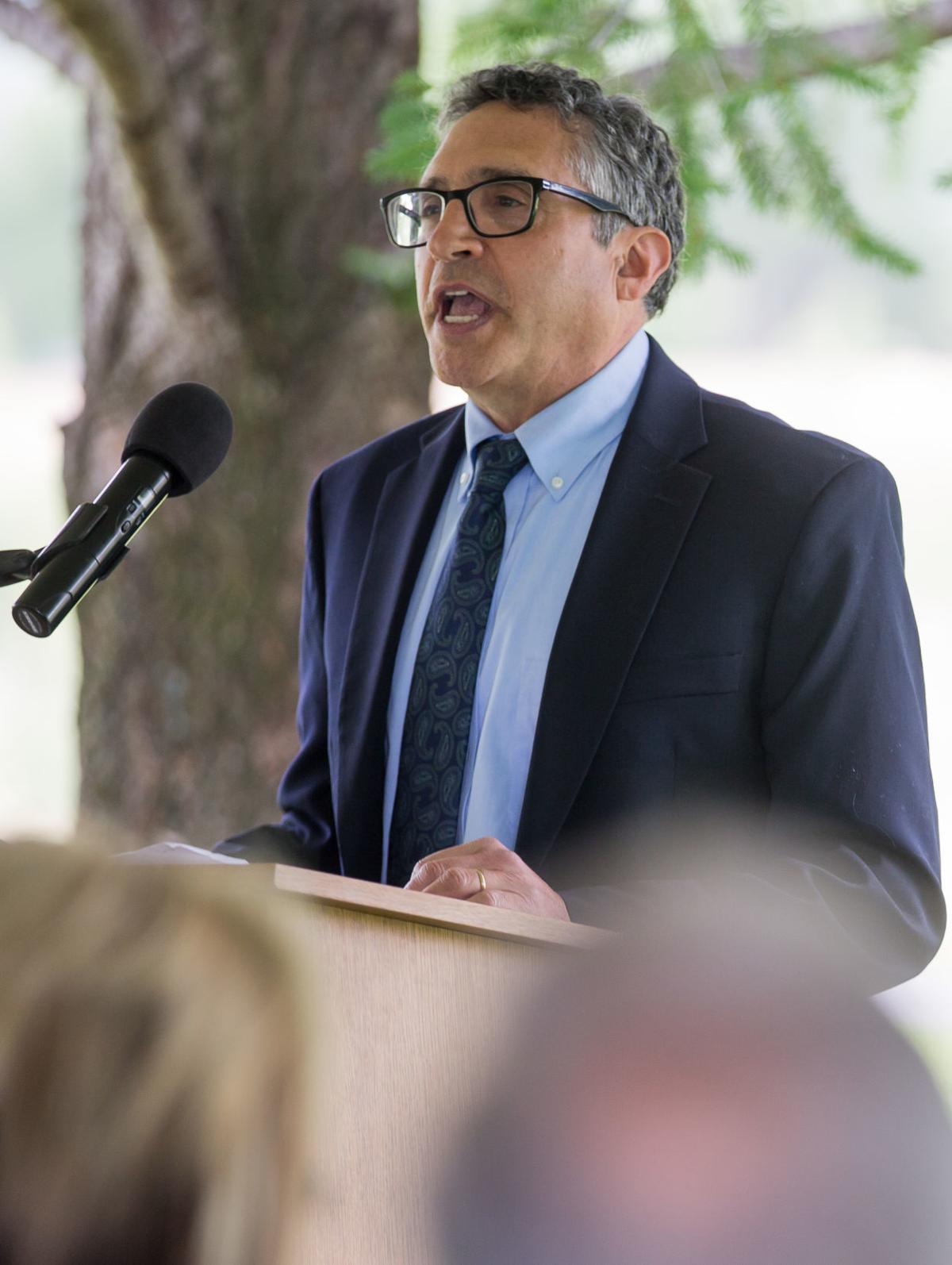 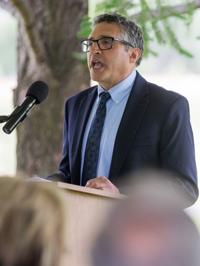 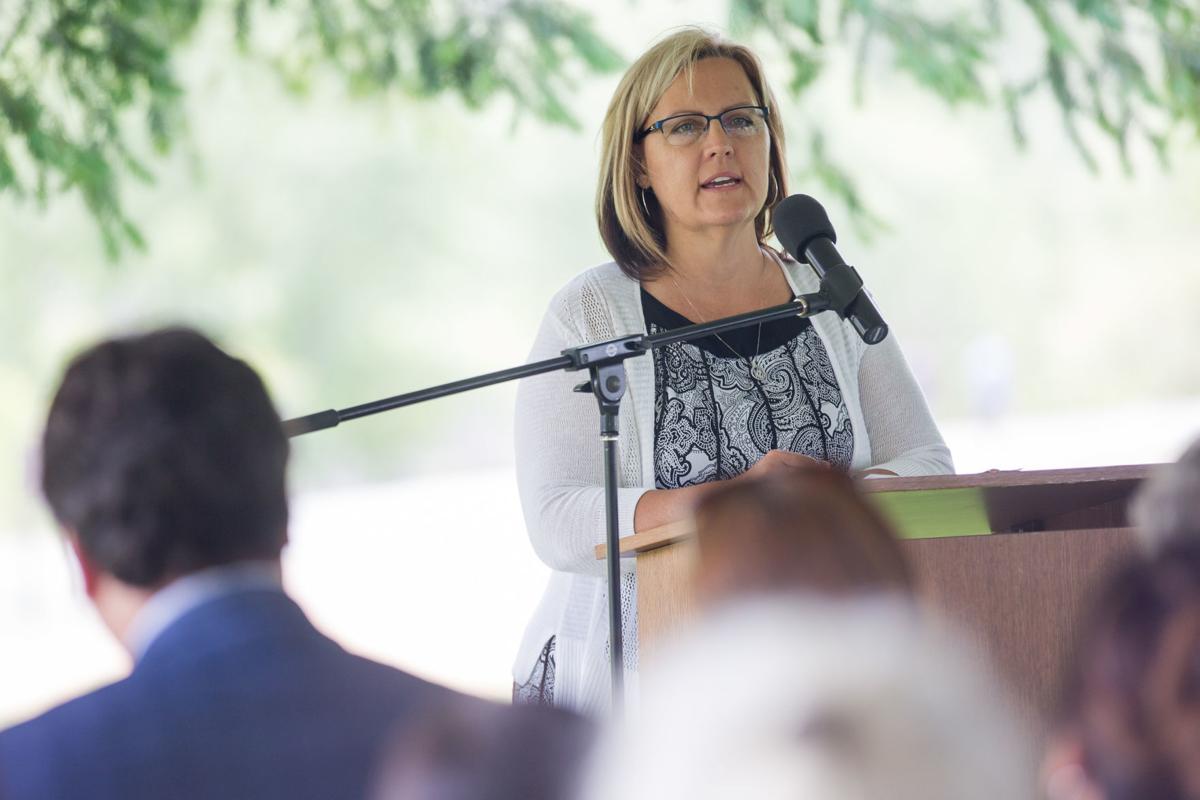 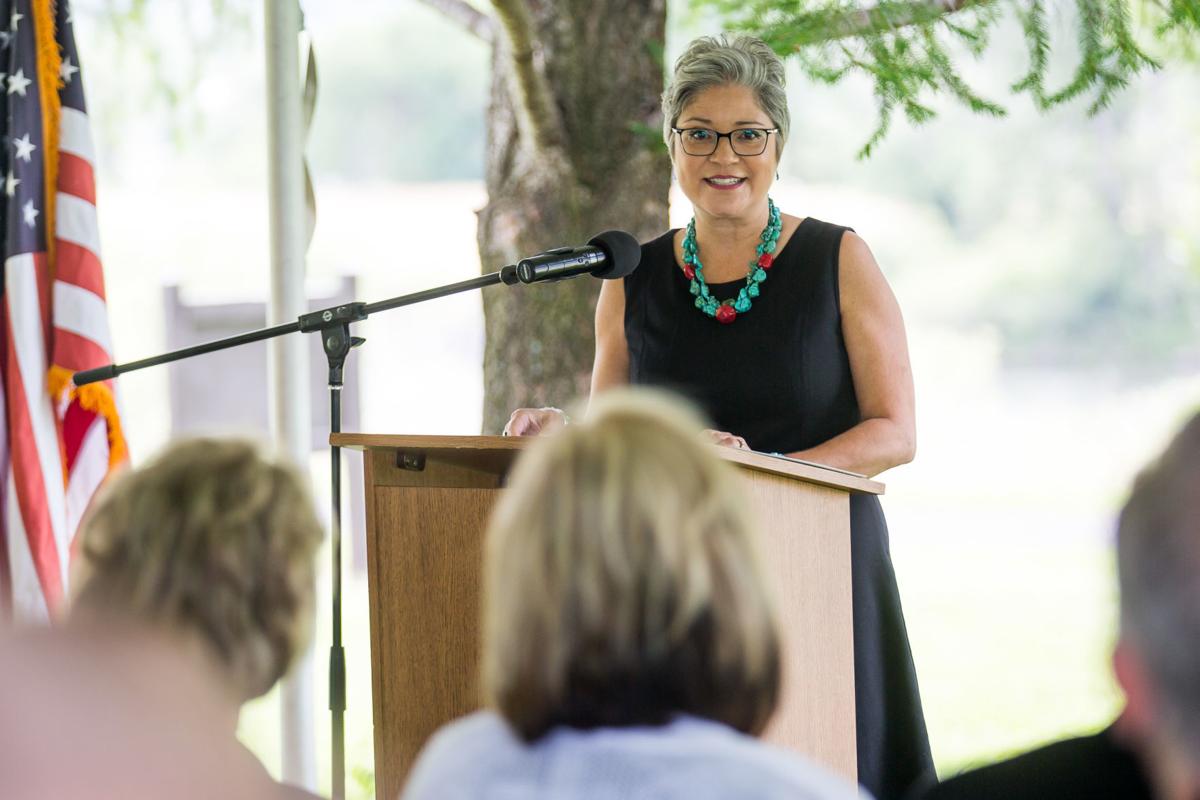 Maia Bellon, director of the state Department of Ecology and a water attorney, hosts a celebration for the end of the historic Ecology v. Acquavella water rights case on Wednesday, June 5, 2019, at Sarg Hubbard Park in Yakima, Wash. 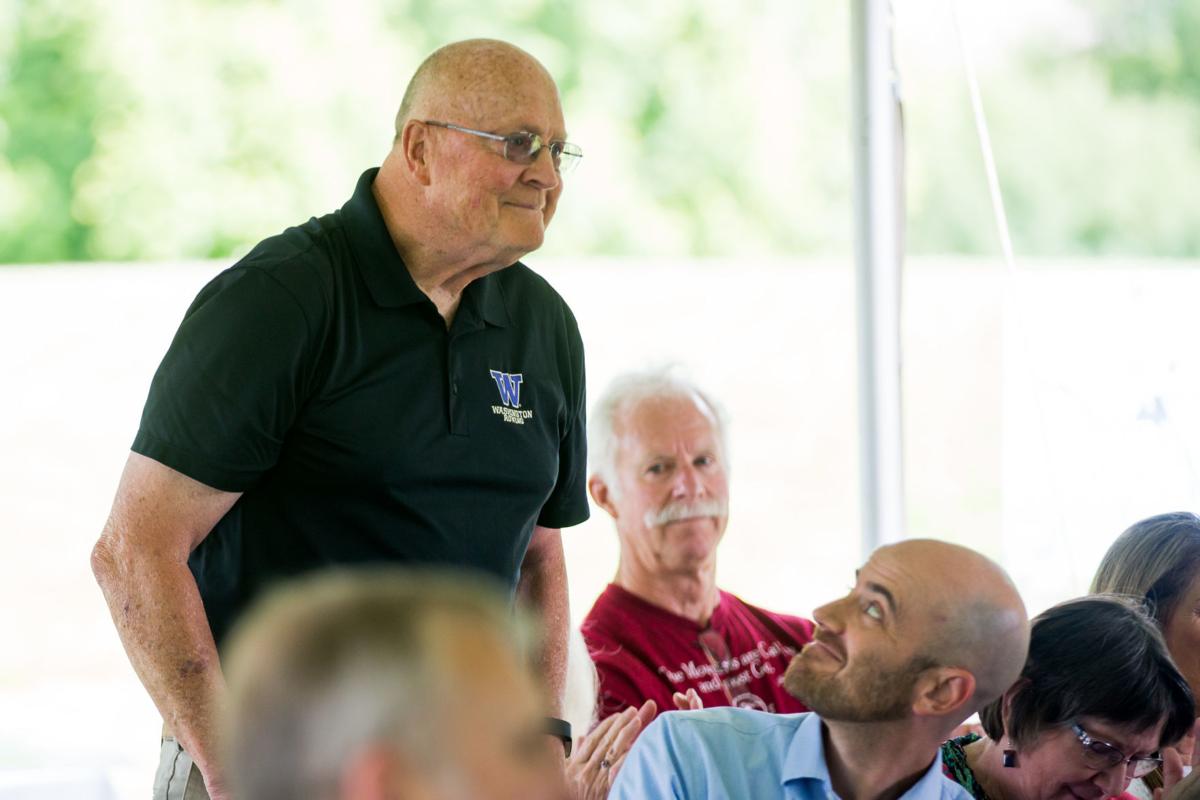 Maia Bellon, director of the state Department of Ecology and a water attorney, hosts a celebration for the end of the historic Ecology v. Acquavella water rights case on Wednesday at Sarg Hubbard Park in Yakima.

Maia Bellon, director of the state Department of Ecology and a water attorney, hosts a celebration for the end of the historic Ecology v. Acquavella water rights case on Wednesday, June 5, 2019, at Sarg Hubbard Park in Yakima, Wash.

In the shade of a long, white tent staked on a high point in Sarg Hubbard Park, people gathered Wednesday morning to enjoy pleasant conversation, reconnect with friends and savor generously frosted cupcakes.

It wasn’t always this congenial when folks met because of the Ecology v. Acquavella water rights case. Water is precious, especially in the semi-arid Yakima River Basin, and the nearly 42-yearlong court case saw many disagreements over the decades. Coming to a close at the Yakima County Courthouse on May 9, the case settled nearly 4,000 water claims resulting in nearly 2,500 water certificates covering the 6,150-square-mile Yakima basin, about 10 percent of the state’s drainage area for surface waters.

“Today we celebrate the many bounties we receive from the Yakima River,” said Maia Bellon, director of the state Department of Ecology and a water attorney, in opening remarks at the Yakima Adjudication Celebration on Wednesday. “Today I want to mark not just the legal aspects of adjudication, but pay our respects to the river.”

The event recognizing the end of the Acquavella case drew guests from throughout and beyond the state. Speakers included Yakima attorney Sidney Ottem, who began working on Acquavella out of law school in 1993 and later served as a court commissioner; Alan Reichman, a senior counsel with the Washington Attorney General’s Office who represented the state Department of Ecology; Lorri Gray, regional director of the U.S. Bureau of Reclamation; and former two-term Washington Gov. Chris Gregoire.

A host of current and former public officials, among them representatives of the Yakama Nation, mingled near large photos of water sources and a collage of old newspaper articles on the case.

“I want to recognize the Yakama Nation. Today we are on the ancestral lands of the Yakama people,” Bellon said.

“Today I want to thank the Yakama Nation for their patience during this legal adjudication.”

Gregoire, who is CEO of Challenge Seattle, said the gathering felt like a graduation, in a way. “My kids are successful,” she said, grinning.

“It’s a honkin’ big miracle we are all here celebrating this event,” Gregoire added.

The largest and longest-running water rights court case in the state of Washington, Ecology v. James Acquavella et al. was filed in 1977. Acquavella sought assurances that he would have water to irrigate 5 acres and was the first person listed in the state Department of Ecology’s petition for adjudication.

“Why did this take so long? There’s many reasons for that,” Reichman said, quickly summarizing why aspects of the case went to the Washington Supreme Court four times.

Among those issues were water rights on the 1.3-million-acre Yakama reservation. Leaders and citizens of the Yakama Nation were concerned whether they could get fair treatment in state court, Reichman said. “There was a lot of anxiety on both sides,” he said, but results were positive.

“The nation has become a partner with other stakeholders to work through the issues and figure out workable solutions,” Reichman said.

Introduced as “the boss of water adjudication,” Reichman admitted his own anxiety when he was assigned the case, which consisted of rows and rows of fat binders stuffed with paperwork. That year, 1997, he was an assistant attorney general and was assured “it’s going to take another five years,” he recalled, a remark that drew knowing laughter.

“It’s been quite a ride, hasn’t it? There’s no doubt this case has been a tremendous challenge,” said Reichman, who also praised the efforts of the state Department of Ecology staff over the years.

In the West, talk about water could set people against each other, Gregoire said, mentioning the adage, “Whiskey’s for drinkin’; water’s for fightin’.” But with a push for enhancing the water supply instead of refereeing disputes, collaboration led to the Yakima Basin Integrated Water Management Plan, which was developed by the Yakima River Basin work group. Meetings are quarterly and open to the public, its website notes.

“I think the Yakima basin has set the standard for water management,” she said.

Throughout the event, speakers and guests mentioned late Judge Walter A. Stauffacher and his incalculable role in overseeing Ecology v. Acquavella for almost three decades.

The final consent decree was signed by Judge James Gavin, who took over the case from Stauffacher, who died Nov. 8, 2005, at 78. It was always Stauffacher’s desire to sign the final decree.

“What an incredibly ethical person he was — a man who loved his job. He knew his job,” Ottem said.

Stauffacher’s Mickey Mouse tie even made an appearance, to the crowd’s delight. He occasionally wore the tie as a visual reminder that he wouldn’t suffer any foolishness in court, said his daughter, Tina-Marie Stauffacher Lasha.

“Let’s get this job done and let’s do it together,” he would tell participants when court proceedings turned acrimonious, she recalled.

It wasn’t all serious through the years, though. At one point, Gavin said he replaced Stauffacher’s office nameplate to say “Water A. Stauffacher.” Someone else embellished that with a spigot, said Stauffacher Lasha. She attended with her daughter, Sara Washburn.

“I’m very thankful that he was remembered,” Stauffacher Lasha said Wednesday. “He used to say, ‘I don’t care if you have to roll me in a wheelchair; I’m going to be there when this is done.’”