His decision to resign comes in response to a lawsuit filed in June by Attorney General Bob Ferguson, accusing Orozco of using his former position as mayor to unlawfully enrich himself by creating — and accepting — the $95,000 city administrator’s position last year.

The case used findings from a state Auditor’s Office report in May that identified unlawful activity and misappropriation of government resources under Orozco’s administration, including violations of the city’s nepotism policy and the Public Meetings Act.

Orozco resigned shortly after noon Friday. Mayor Dora Alvarez-Roa confirmed at midday Friday that she had “regrettably” received Orozco’s letter of resignation. Orozco did not comment.

The agreement requires Orozco to pay a $500 fine for violating the Code of Ethics for Municipal Employees. It also prohibits him from employment by the city of Wapato and forbids him from holding city office, according to a news release from the AG’s office.

“Mr. Orozco’s abuse of his authority violated the trust the people of Wapato placed in him,” Ferguson said in a written statement. “As a result of our case and the (state) auditor’s work, Mr. Orozco is out of office for good.”

He will forfeit any severance, the release said. The terms of his original contract with the city called for a $95,000 annual salary, payable for seven years even in the event he was fired. In June, the council reduced his severance pay to nine months in the event Orozco was terminated.

The AG’s office gave him until 5 p.m. Friday to accept the settlement offer.

Orozco was elected mayor in 2017 and took office in 2018. In August 2018, he asked the Wapato city attorney to draft an ordinance creating the position of city administrator with an annual salary of $95,000.

On Sept. 4, Orozco called for a special council meeting before a regular meeting without giving notice of the meeting’s purpose, in violation of the state’s Open Public Meetings Act, according to the state Auditor’s Office report. The council adopted the ordinance that morning, and Orozco resigned as mayor.

The council then installed Alvarez-Roa as mayor, and she immediately appointed Orozco as city administrator.

The Code of Ethics of Municipal Employees says that a city official “may not use his or her position to secure special privileges or exemptions for himself, herself or others.”

When he resigned as mayor, Orozco said it was because he’d fulfilled his campaign promises.

Orozco has been the subject of four ongoing lawsuits and nine civil tort claims.

Alvarez-Roa said in her announcement that she still believes the overwhelming majority of the community appreciates and supports Orozco. 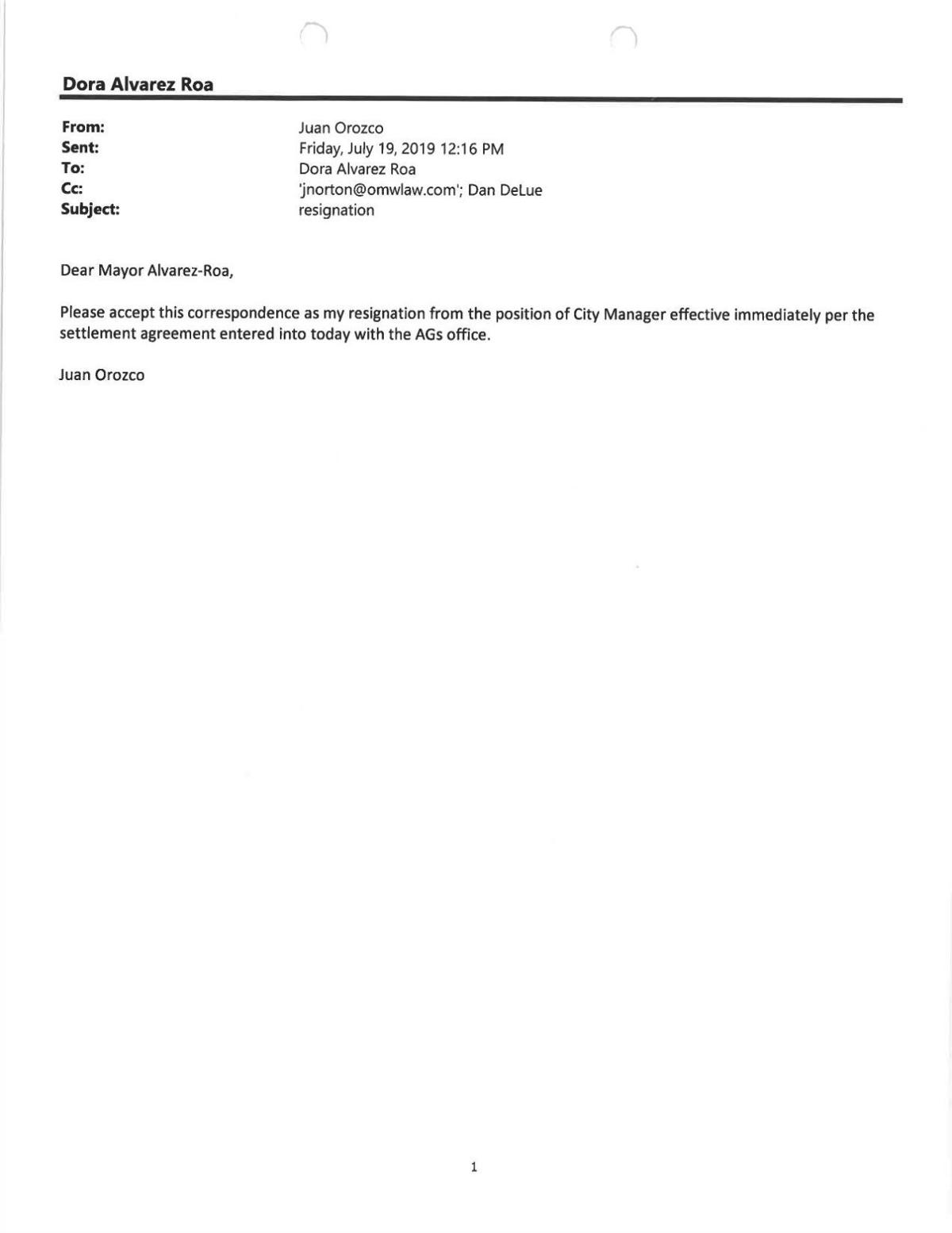 “We applaud him for his great service to our city,” she said.