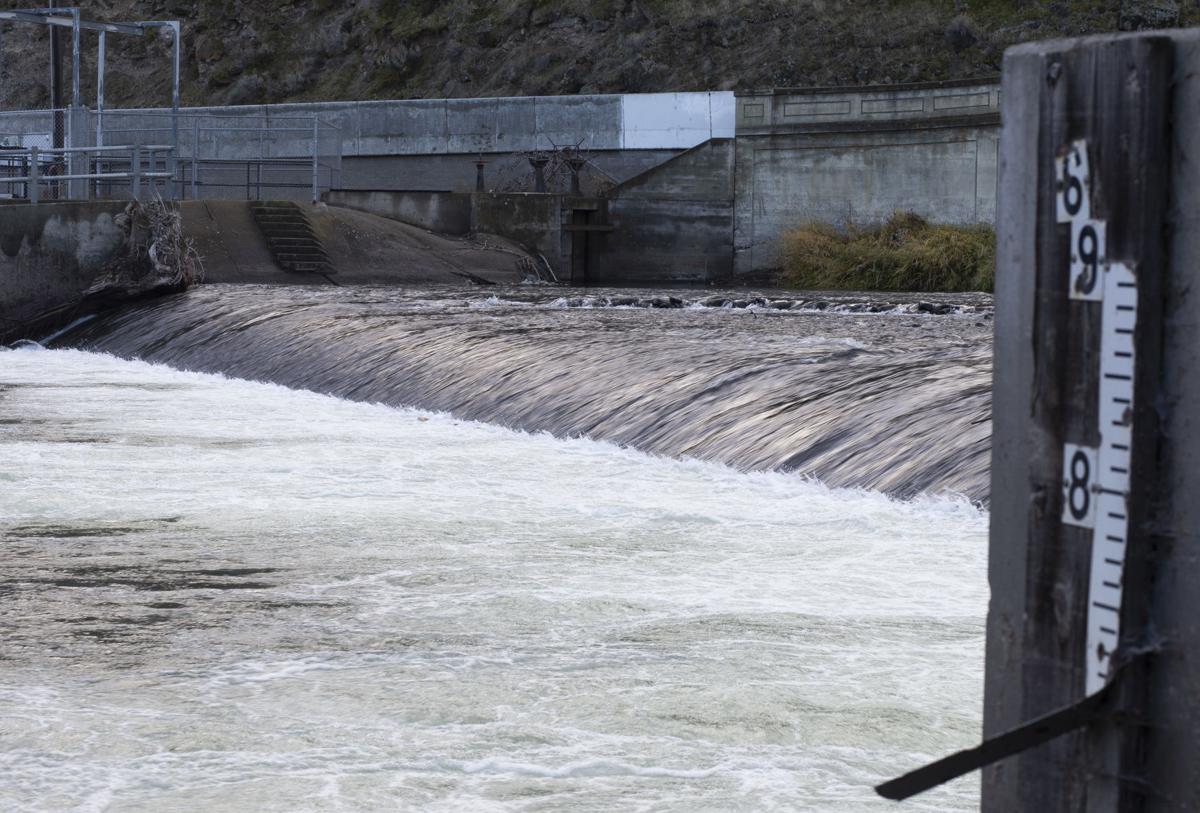 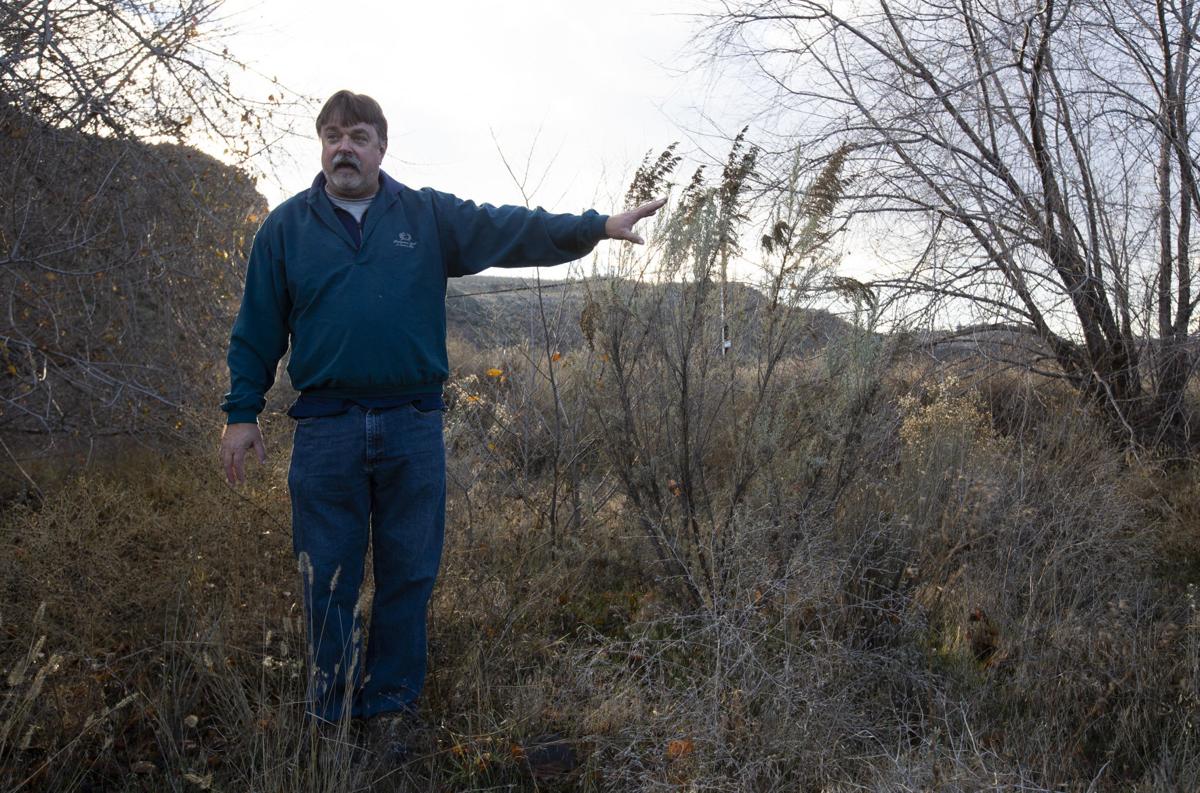 Joel Freudenthal, water resources specialist with Yakima County, shows the area where the Naches River would be widened from 160 feet to 400 feet for flood mitigation at Nelson Dam on Friday, Nov. 30, 2018, in Yakima, Wash. (Evan Abell, Yakima Herald-Republic) 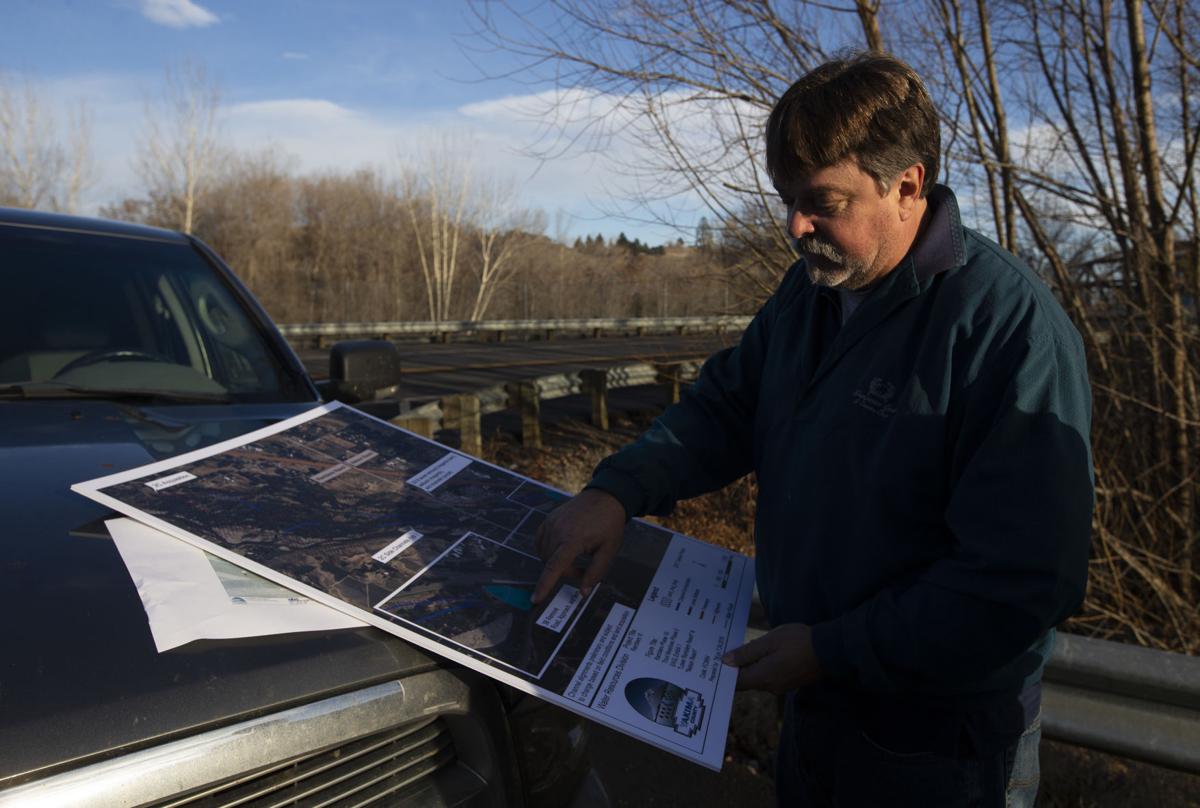 Joel Freudenthal, water resources specialist with Yakima County, shows the area where the Naches River would be widened from 160 feet to 400 feet for flood mitigation at Nelson Dam on Friday, Nov. 30, 2018, in Yakima, Wash. (Evan Abell, Yakima Herald-Republic)

YAKIMA, Wash. -- Below the surface of the Naches River, flowing smoothly over Nelson Dam, looms a growing risk: Sediment building upstream will lead to flooding when the river inevitably rises.

The city and county plan to fix the untenable situation through an $11.5 million project to modify the dam. Yakima County water resources specialist Joel Freudenthal said the plan will widen the river, increase fish passage and decrease 100-year flood levels by nearly 5 feet.

The dam is located near U.S. Highway 12’s twin bridges west of Yakima. It was first built in the 1920s, and rebuilt in 1985 to divert irrigation water into the city of Yakima.

The project is just one key piece of growing efforts to reduce flood risks throughout the Yakima Basin by moving removing or modifying dams, levees and other infrastructure aimed at controlling the natural movement of waterways.

A panel organized by the Yakima Basin Fish and Wildlife Recovery Board on Tuesday at the Yakima Area Arboretum explained to an audience of more than 50 people how giving rivers more flexibility and space to meander can lower flood risk more effectively and sustainably than past methods. David Brown, the city’s water and irrigation division manager, said collaboration between groups with different objectives leads to the best solutions.

“We used to fight about this all the time,” Brown said. “We figured out if we work together, we can meet each other’s goals, save a lot of money and help out the community.”

The work often focuses on creating new channels and restoring historic floodplains, spreading out rivers to slow them down, and relieving pressure on surrounding infrastructure. Recent projects include setting back levees along the Yakima River north of the Terrace Heights bridge, widening the State Route 24 bridge from 600 feet to 1,600 feet, and reconfiguring the city’s wastewater treatment plant.

Of course, even when everyone agrees on projects, Brown said it’s always difficult to prioritize efforts and find the necessary funds. The city will spend $8 million as the owner and lead in the construction at Nelson Dam, which Brown said likely won’t begin until 2020.

The remaining $2.5 million for the project came courtesy of two grants from Floodplains by Design, the Ecology Department’s primary grant program for flood prevention projects. Ecology’s Central Washington grant manager, Matt Gerlach, said the program has awarded $115 million for 36 projects in 15 counties since its inception in 2013, including seven projects worth $12 million in Kittitas and Yakima counties.

Gerlach said another $18 million could fund four more Yakima Basin projects if the state Legislature approves Ecology’s $70 million budget request for the 2019-21 biennium. He praised local partners — such as the Yakama Nation, the city and the county — for working together to find ways to address flood risk.

Some areas remain especially susceptible to flooding, such as Cowiche Creek, which now rests above its historic floodplain. Brown said climate change has contributed to issues in recent years and the city plans to use a Floodplains by Design grant to move the creek back into the floodplain.

“If we have consensus, then we can get something done,” Brown said. “If we just committed to an individual request just for your property, it’ll probably not be done.”

He encouraged citizens to get involved however they can to learn more about the area’s flood maps, which are virtually always out-of-date since they’re in a constant state of flux. Yakima Basin Fish and Wildlife Recovery Board Executive Director Alex Conley said his group is trying to ramp up its educational efforts and he’d like to see even more community engagement.

Citizens will see significant change off U.S. Highway 12 at Nelson Dam, where Freudenthal said the Naches River will grow in width from 160 to 400 feet. Fish should benefit from much more easily accessible channels on either side and kayakers should enjoy a way through when the water is high enough.

Right now, the dam’s elevation and the narrowness cause sediment to build upstream.

“The end result is really not so much about the big, giant 100-year flood as it is the normal spring floods,” Freudenthal said. “The lower you can keep that water surface elevation, the less backwater you make up there, the less you’re going to continue to build up sediment.”