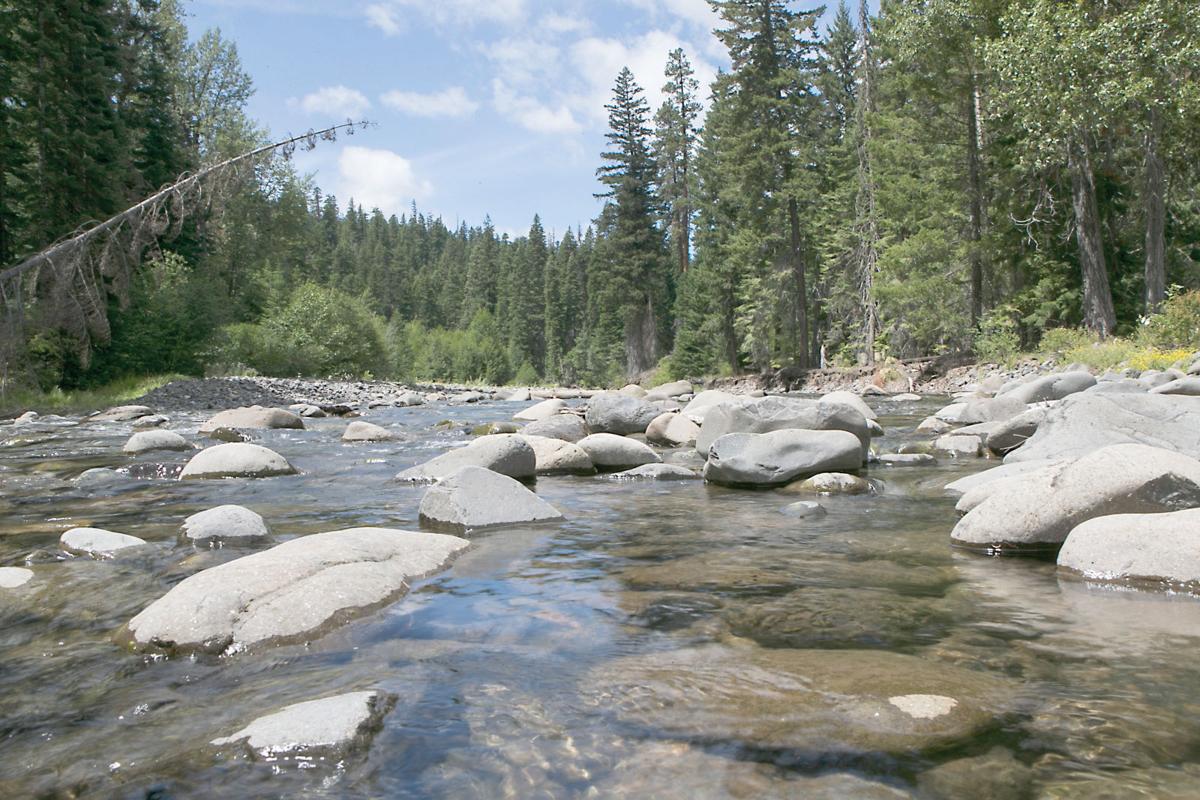 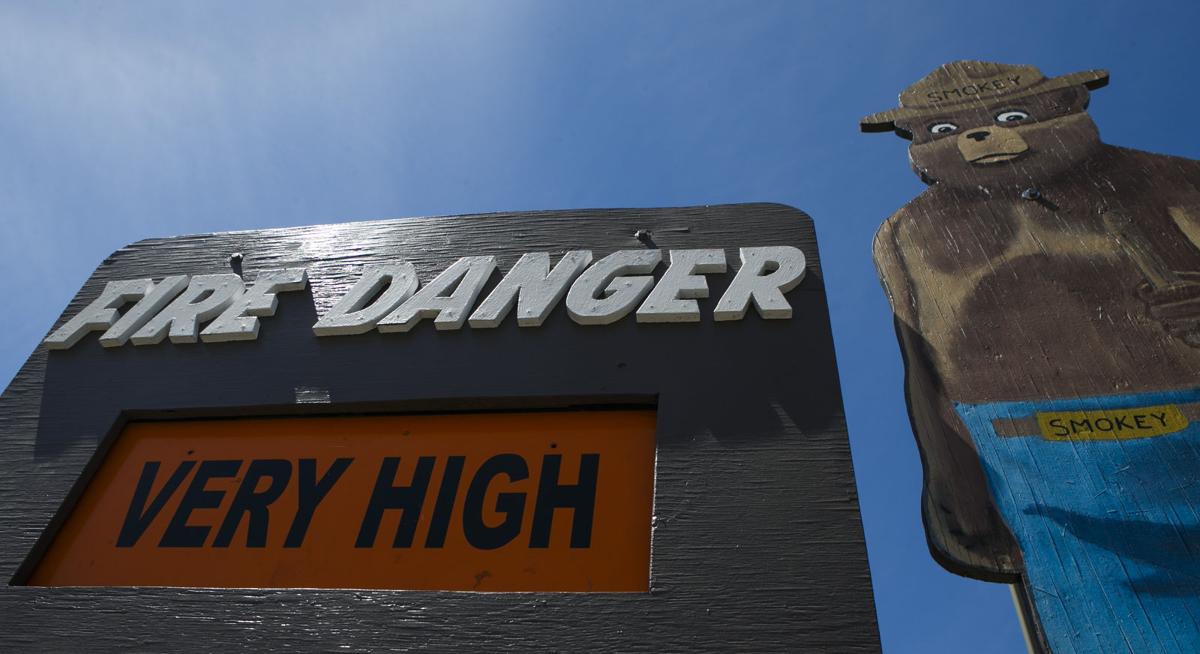 Officials say wildfire danger is very high and likely to remain dangerous all summer due to drought. (KAITLYN BERNAUER/Yakima Herald-Republic)

Officials say wildfire danger is very high and likely to remain dangerous all summer due to drought. (KAITLYN BERNAUER/Yakima Herald-Republic)

Rivers and streams are at record lows, fish are dying, rainforests are burning and farmers and communities are facing water shortages.

Officials call its scope and impact unprecedented in the modern history of Washington.

“We have never experienced a drought like this,”  said Maia Bellon, director of the state Department of Ecology. “It is remarkably worse than the drought of 2005 or 2001... and there is no end in sight.”

Speaking at a Friday media briefing, Bellon and officials at six other state and federal agencies painted a dire picture.

While some $16 million in emergency drought funding should soon be available for leasing water rights, drilling new wells and providing other relief, Bellon cautioned it won’t solve every drought crisis.

The problems all stem from a record low snow pack in the Cascades followed by hot and dry weather in recent months, Bellon said. Even normally wet Western Washington has seen less rainfall that Phoenix, Ariz., she added.

State climatologist Nick Bond called it “a one-two punch to streams and the landscape.”

Comparatively speaking, reservoirs have somewhat cushioned Yakima Basin farmers from the drought’s direct hit. Junior water right holders expect to get just 46 percent of their normal supply here. But elsewhere about 300 irrigators who divert directly from rivers, such as the Wenatchee and Okanogan, have been shut off because water levels are so low, Bellon said.

Local growers getting water from the Teanaway River and Cowiche Creek could soon face a similar fate as water levels continue to decline.

“The highly regulated reservoir system in the Yakima Basin is able to time water (releases) and that makes it easier to squeeze more water out of the system,” said Ecology spokeswoman Joye Redfield-Wilder. “If you are drawing right out of a tributary, you are at the mercy of that stream flow and you are in a very difficult and grim situation.”

Monitoring data from 300 stream gauges around the state show that 84 percent are below normal and almost half have set new record lows, breaking records dating back 80 years or more, said John Clemens with the U.S. Geological Survey, USGS.

Clemens said that in past the past droughts of 2001 and 2005, no more than 50 percent of the stream gauges were below average.

For example, take American River, a key tributary of the Naches River that flows from Chinook Pass. On Friday it was measured at 38 cubic feet per second (cfs), shattering the record low of 62 cfs set in 1941. Normal for this time of year is between 200 to 250 cfs.

That’s led the state Department of Fish and Wildlife to issue full and partial fishing closures on more than 30 rivers across the state starting today, said Joe Stohr, deputy director of the wildlife department.

Local closures include the Little Naches River, Ahtanam Creek, and the Teanaway River. Fishing on the Naches River and Rattlesnake Creek are now limited to the hours between midnight and 2 p.m.

“We took these steps to protect the most vulnerable fish,” Stohr said.

He added that the agency is asking for the public’s help to prevent and remove recreational rock dams this summer.

“You’ve all probably seen kids building little dams to create wading pools, but they prevent fish passage and limit spawning, especially with low water levels,” Stohr said. “Don’t build them. If you see them, report them.”

State officials are also asking for the public’s help preventing wildfires as hot, dry conditions make it likely that elevated fire danger will last all summer.

Since the start of June, 747 wildfires have burned 74,000 acres, about twice as much as the same time last year, said Mary Verner, the deputy supervisor for wildfire for the Department of Natural Resources.

Of those fires, 80 percent were human-caused, she said.

“Normally benign activities, like farm equipment, have sparked fires this year, as conditions remain very dry and very hot,” she said. “Our strategy of pre-positioning resources in at-risk areas has helped keep fires at a smaller acreage but of course, this is very costly. We will have an expensive fire season this year.”

It’s hard to predict the magnitude of other economic impacts of the drought, officials said.  Wildlife-related recreation in a $4.5 billion industry in the state, Stohr said, but there’s no estimate to how fishing closures might affect that.

There’s also no estimate on how the drought could impact Washington’s $49 billion food and agricultural industry.

Jaclyn Hancock, a hydrogeologist for the state Department of Agriculture, said that the true impact probably wouldn’t be calculated until 2017.

This week, the ecology department set up an applications process for communities, irrigators, and fisheries managers seeking emergency drought relief funds. But the $16 million approved by the Legislature is for this year and next. And the long-term forecast makes it look like drought conditions could continue.

“The El Nino that is strengthening in the tropical Pacific, along with the warm water off the coast, tilts us towards a warmer than normal winter,” Bond said. “There is less certainty in the precipitation model but it is leaning toward dry. We should be leaning toward low snowpack at the end of next winter.”

Or maybe the forecasts are wrong and Washington will “dodge a bullet” next winter, he added. But the ecology department not counting on it.

“We are immediately going to look at how to use that money to be pro-active for next year in case we face similar drought conditions,” Redfield-Wilder said.