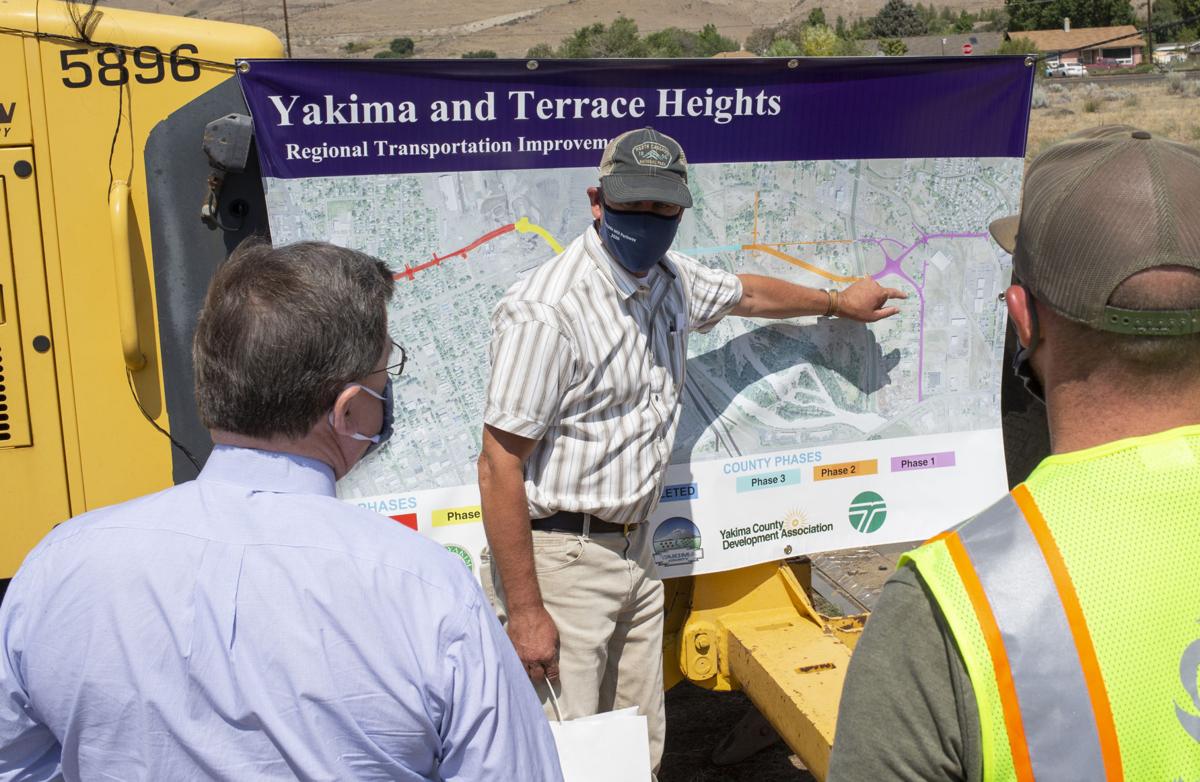 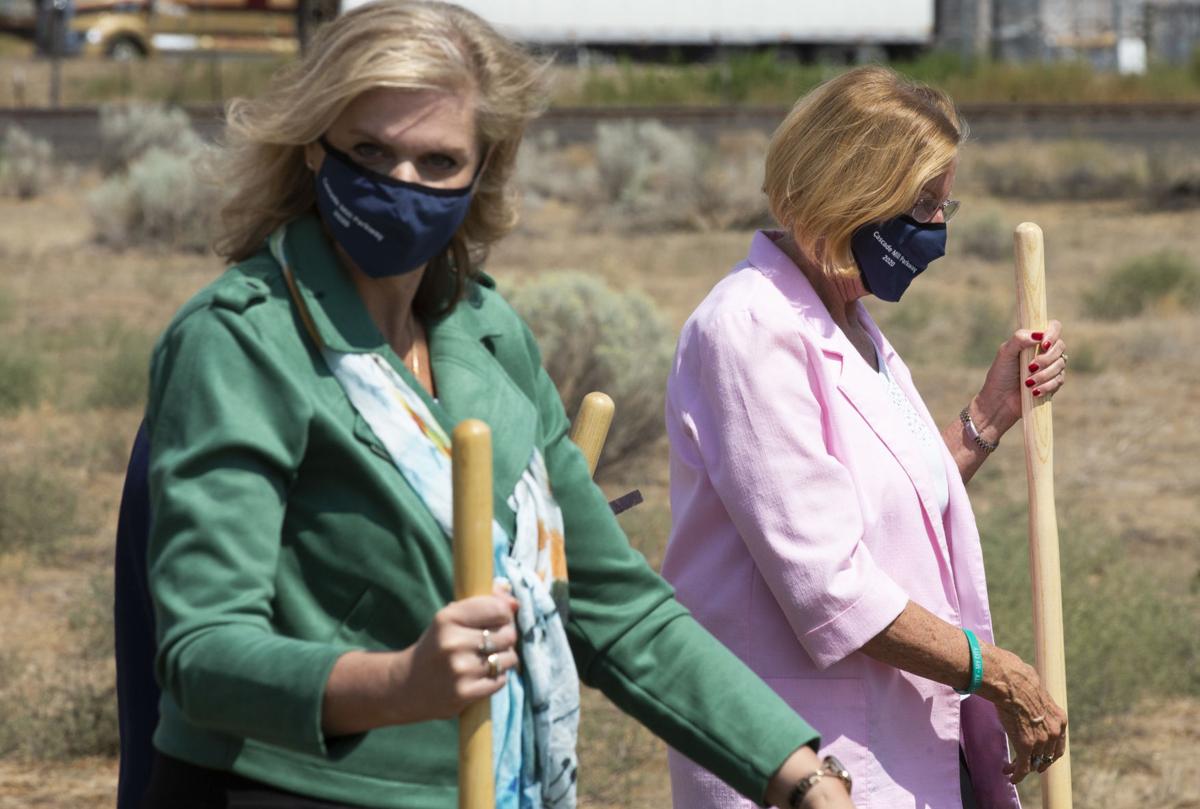 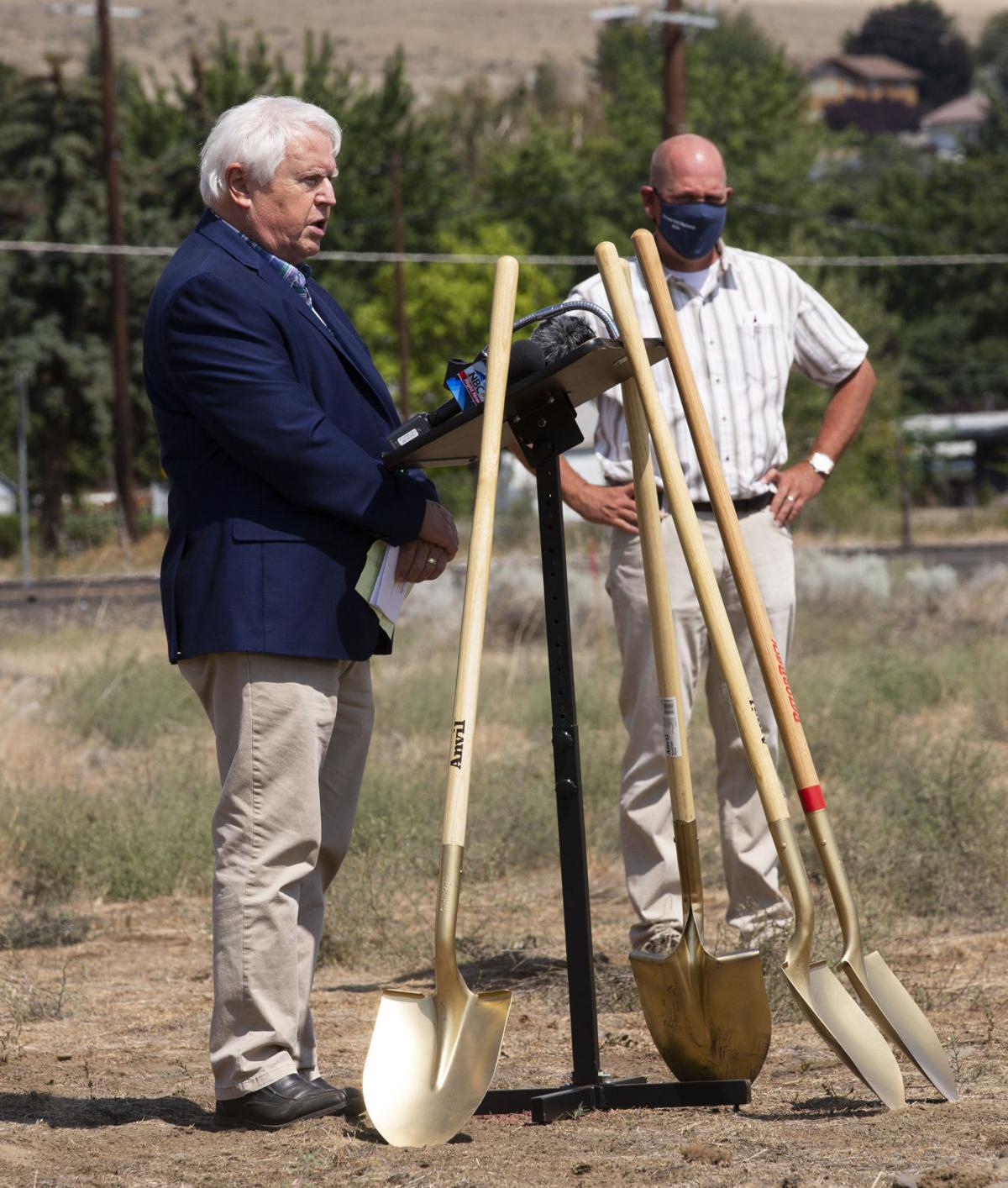 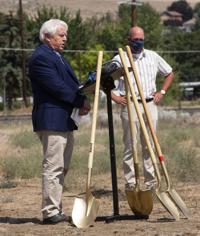 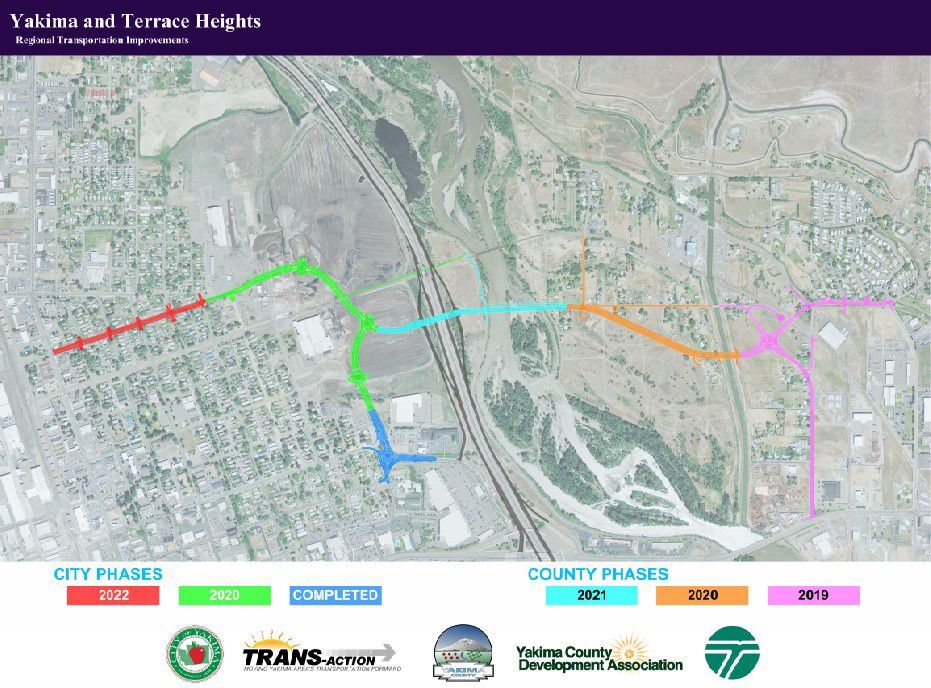 City and county phases of the East-West Corridor project and the targeted dates of construction.

City and county phases of the East-West Corridor project and the targeted dates of construction.

Elected officials gathered Wednesday in a rocky lot off Butterfield Road to break ground on the first phase of the East-West Corridor.

In the works for more than 20 years, the project will provide a second connection linking Terrace Heights to Yakima.

The route aims to reduce traffic congestion and improve public safety. It will connect with improvements on H Street in Yakima and extend eastward over Interstate 82 to cross the Yakima River, with an eastern boundary at Butterfield Road.

“The groundbreaking of this regional project will be of benefit to all of us,” Byers said. “This is going to be a huge boon for our northeast community.”

The project will also require the environmental cleanup of a former city dump site in the area, she said.

Anderson said he couldn’t wait to see the project completed.

The project hit snags last year when three homeowners living along the proposed route resisted yielding their right of way to the county. But county engineer Matt Pietrusiewicz said the county was able to successfully reach agreements with all three.

“I was very pleased with our staff. They did an outstanding job,” he said. “We tried very hard to be fair to everyone throughout the process.”

“We worked with them to find new places to live, but they really sacrificed for this project,” she said.

King applauded the efforts of city and county leaders.

“We need to keep this project moving forward,” he said.

Culbert Construction representative Dan DeRousie said his Pasco-based team is excited to be part of the project.

Phase 2 will require the county to acquire right of ways from four additional homeowners. Pietrusiewicz said staff have started that process.

The Yakama Nation has sued the city of Yakima over a former landfill on city property.