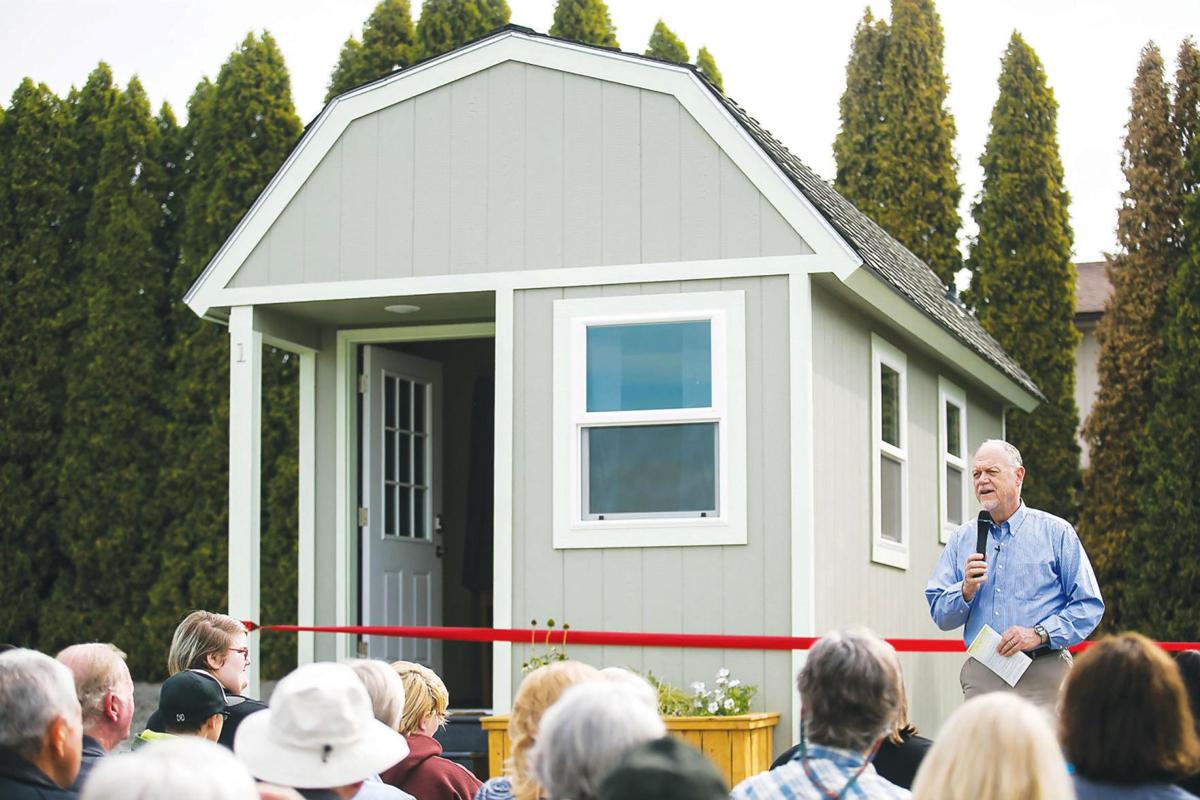 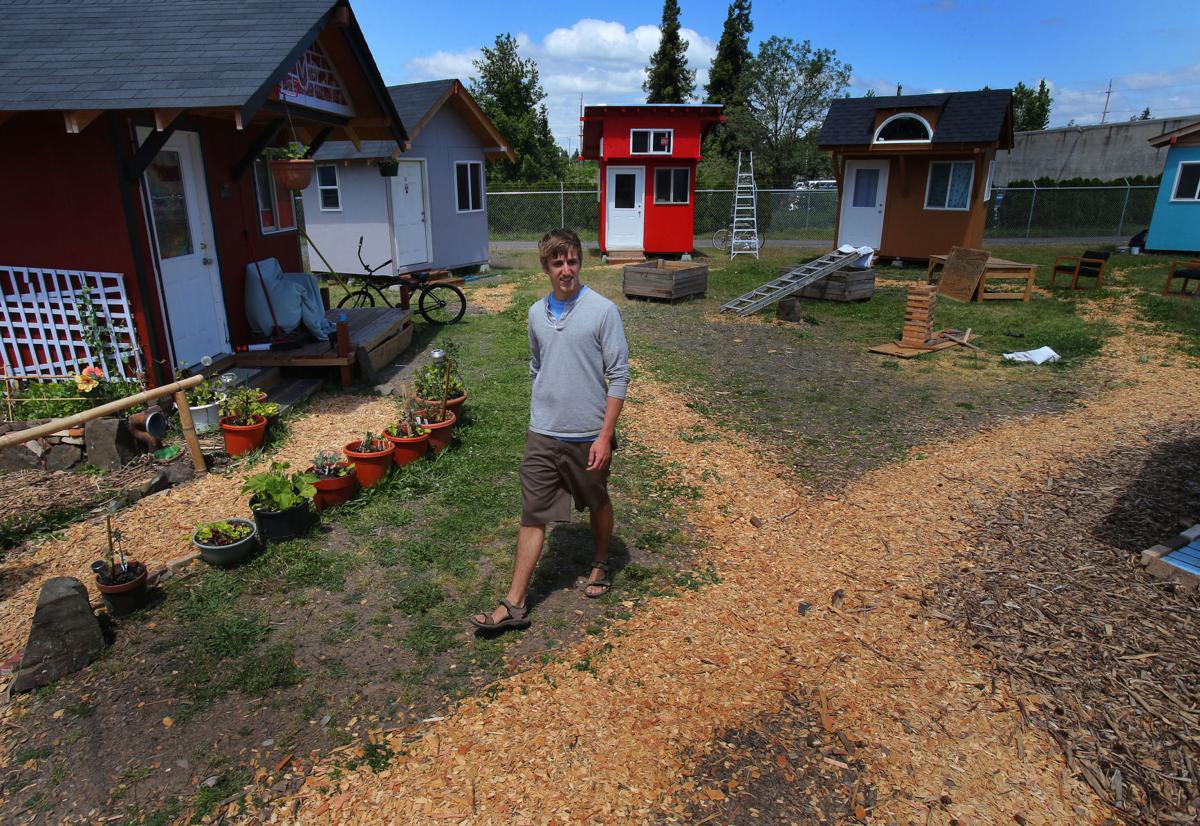 FILE — In this file photo from May 29, 2014, urban planner Andy Heben walks through Opportunity Village Eugene, where organizers announced plans for a second volunteer-built community for the homeless called Emerald Village Eugene, which would provide longer-term housing for homeless people in Eugene, Ore.

FILE — In this file photo from May 29, 2014, urban planner Andy Heben walks through Opportunity Village Eugene, where organizers announced plans for a second volunteer-built community for the homeless called Emerald Village Eugene, which would provide longer-term housing for homeless people in Eugene, Ore.

An effort to build 30 tiny houses with onsite services and security for homeless people near Milroy Park is still alive, even though there hasn’t been any apparent movement on construction, a project official said.

“Yeah, it’s been a quiet time, but behind the scenes we’ve been moving,” said David Helseth, president of the nonprofit Justice Housing Yakima.

The group proposed the project several years ago and faced many hurdles in finding a location.

A year ago, the nonprofit paid $452,000 for the 2.5-acre parcel that was once a nursery. The property is zoned for multifamily dwellings, which would be appropriate for such a village, said Joan Davenport, director of community development for Yakima.

Now, Justice Housing Yakima is planning fundraisers and seeking grants and other funding sources before producing a plan that would provide on-site services to the homeless as well as 24-hour security.

The project is being called Cottage Hill Village.

The nonprofit is ready to enter agreements with financial supporters that could make it all happen, but it’s too early to reveal who the contracts are with and what will be provided, Helseth said.

“Right now, we’re in conversations on a contract and can’t say anything yet,” he said.

The project hasn’t been met with open arms by everyone. Neighbors in the area have complained.

But Helseth said there will be rules to living in the village, on-site security and services to help homeless people deal with mental health or substance abuse issues.

Davenport said she has yet to see a project plan and couldn’t say much about it. She does see merit in what tiny homes could offer the homeless.

Homeless shelters, such as the Union Gospel Mission on North First Street and Camp Hope, where the homeless sleep in military tents behind the former Kmart, are full.

People at shelters often have no housing options beyond that, and typically end up back on the street as a result before cycling through the shelter again, said Lee Murdock, director of the Homeless Network of Yakima County.

The village will offer permanent housing, she said.

“It’s ideal,” Murdock said. “Some may pass on to mainstream housing, opening up a bed for someone else.”

A village of 30 tiny homes would only help, city officials and service providers say.

City officials say a minimum of 330 new homes would need to be built each year over the next three decades to meet the projected housing demand, Davenport said.

Construction has drastically increased the past two years, but the homes being built are in markets well above affordable housing, she said.

City officials plan to further discuss the affordable housing shortage at a 4 p.m. meeting Dec. 5 at City Hall, she said.

“Because we have such a low vacancy rate right now, I think any housing for the community would be a positive,” she said. “We have such a high need.”

More of the Story