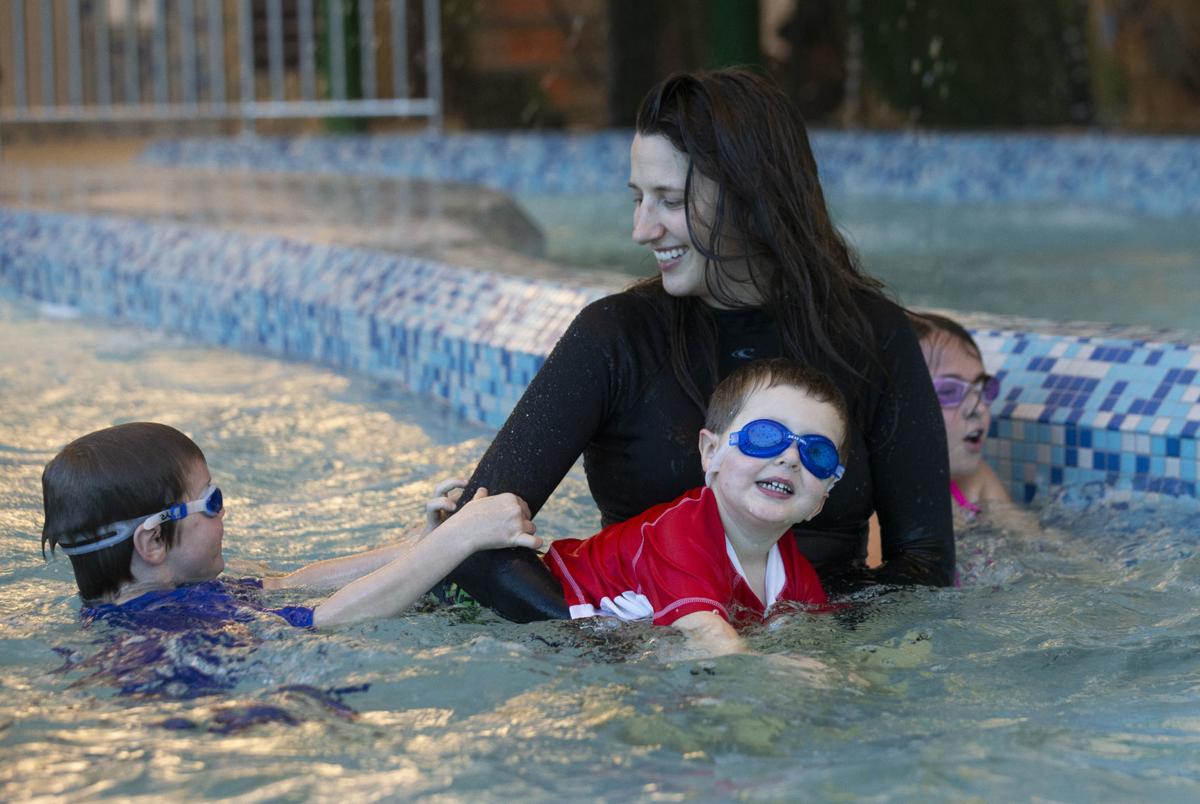 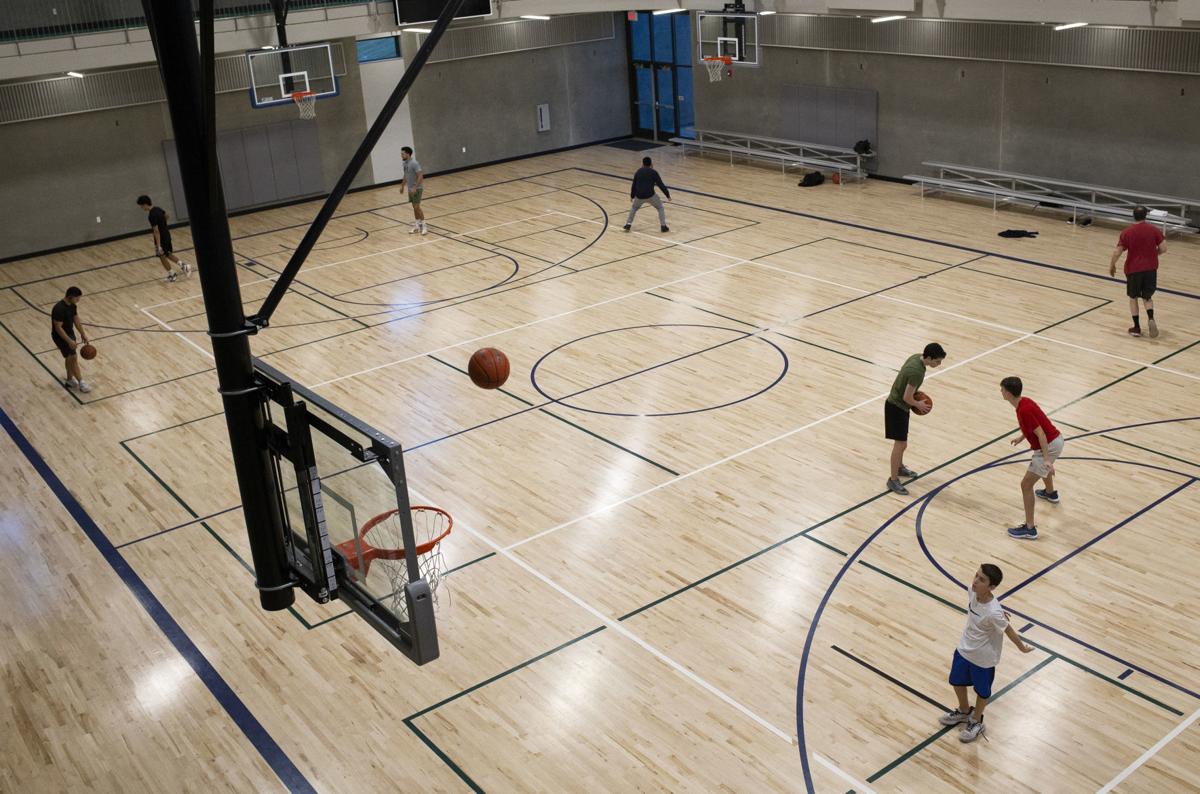 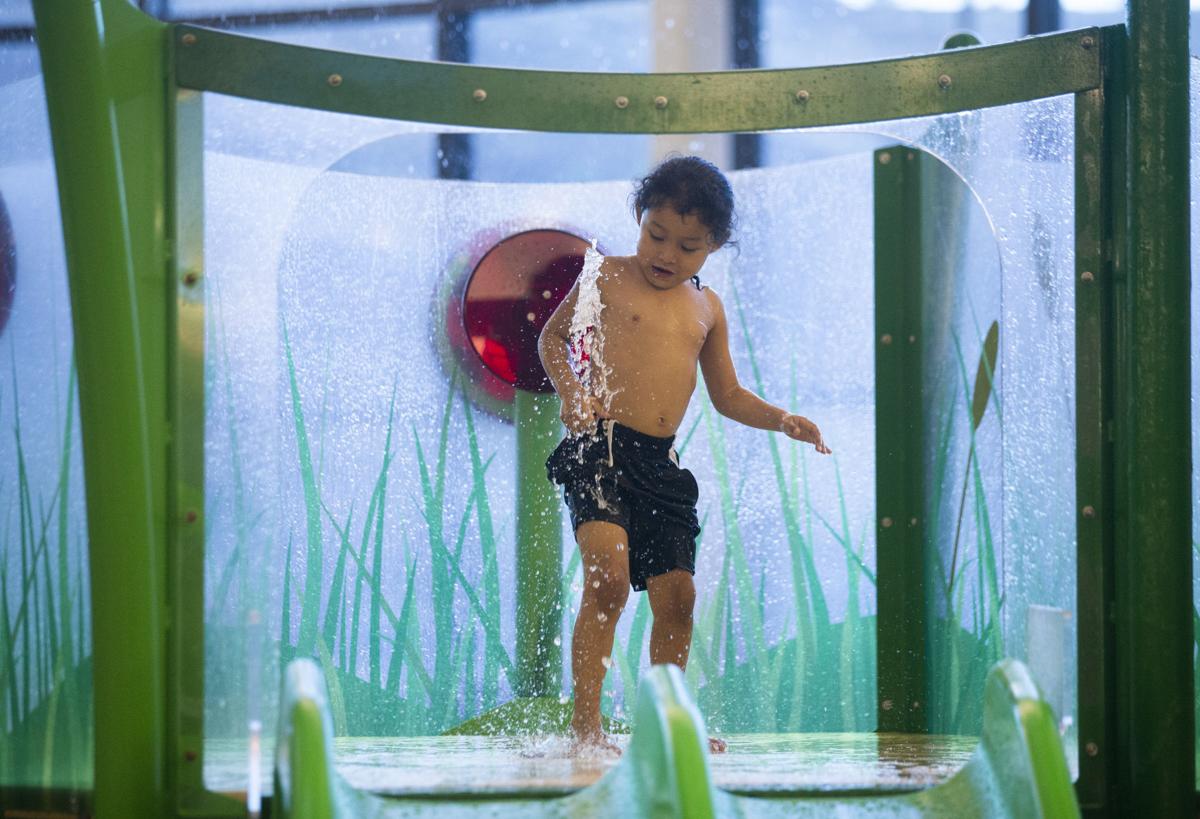 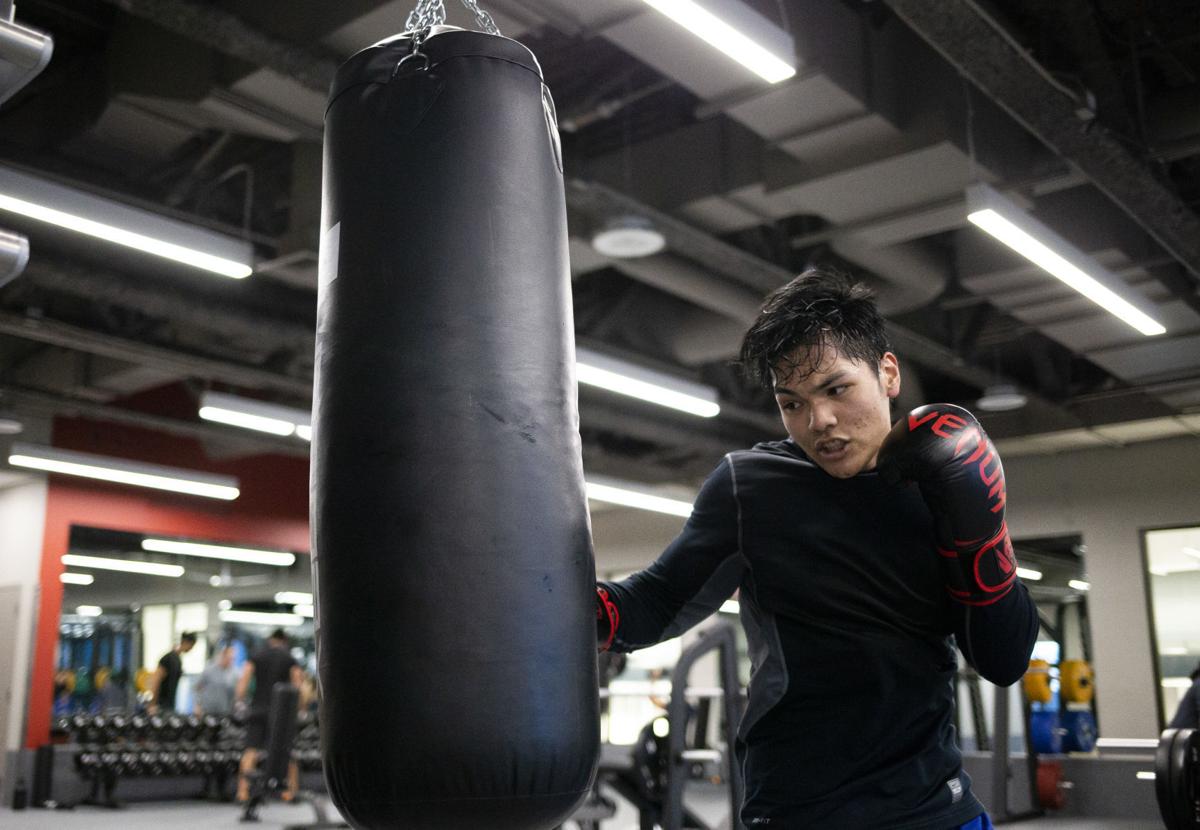 It’s still January, which means healthy resolutions for the new year remain intact for many. But resolutions aren’t the only reason the YMCA and Yakima Rotary Aquatic Center parking lots are packed.

The glossy new building at Chesterley Park looks like a hit, especially with families and kids. That’s really obvious after school and on weekends.

“At 3:30 the world changes and about 650,000 kids come,” said new YMCA member Tom Ljundgren, exaggerating slightly and smiling broadly. He and his wife, Kathi, of Yakima were members years ago but recently rejoined when they found out their insurance would pay for it.

They were checking out the new Y in the early afternoon, so the lazy river had just a couple dozen or so water walkers. Any aquatic offerings open to kids are popular, so the lazy river would get much busier once school got out that day.

“The aquatic area has been very busy in late afternoon, evenings and weekends,” Romero said, adding that he and YMCA staff and supporters are pleased to see so many families using the 72,000-square-foot facility at 3800 River Road, near the intersection with 40th Avenue.

That began even before the $22 million YMCA and Yakima Rotary Aquatic Center opened to the public Nov. 14. It hosted eight pool and birthday parties over the previous weekend, along with a special event for project contractors and subcontractors and their families in early November.

Construction began in July 2018 after seven years of planning. More than 400 individual donors have contributed to the facility, in addition to support from the city, Rotary and government programs and tax credits.

Financial supporters get a permanent shout-out on the donor wall, accented with bright colors, just inside the front doors. The donor wall went up last week, Romero said. With such a big project, there are still some issues to address.

”Right now we’re just trying to get through the punch-list items,” Romero said.

Developed in partnership with the city, the aquatic center is available for use by all community members. Romero stressed that membership is not required; day passes are available. Exact numbers of use by members and day pass purchasers, which fluctuate daily, weren’t immediately available.

“You’ve always been able to come in and use a day pass,” Romero said, noting that many day pass users are using the aquatic center.

Along with day pass users, YMCA membership has “grown significantly and we anticipated that,” Romero said. “It’s been great to see the community response.”

Kids coming after school are a big part of it. The free after-school program has had an impressive response, Romero said, with the drop-in center averaging 70 to 80 kids every afternoon, ranging anywhere from 20 to 100 students depending on the day. YMCA staff actively encourage participation by going to the nearby Robertson Elementary and Discovery Lab Elementary schools to walk children who are registered for the program to the Y.

Students get academic support, gym time and a chance to swim, Romero said. “Our aquatics director has started some swim lessons as part of the after-school program,” he added.

The downtown YMCA at 5 N. Naches Ave. also has a youth drop-in room. Both are open until 7 p.m. and are also available to YMCA members who need a safe place for their school-age children to spend time while their parents work out.

YMCA leaders and staff asked for input from those using the new facility. In some respects, Romero said, responses have been what they anticipated.

“The basketball players will tell you we should have built a second gym,” Romero said.

Daymen Boyce, a YMCA member, took a break from his fitness routine on the second floor to talk about the new facility. Though children 11 years old and younger cannot visit the second floor — which Boyce appreciates — and it was early afternoon on a weekday, several people were working out on machines or with weights.

A class in the large studio was nearly full as well. Boyce also likes to use that space for workouts when he can.

“Some of the setup is a little frustrating,” said Boyce, of Yakima. He was a member at the downtown YMCA for about three months before the new one opened, and comes to the new YMCA three to five times a week.

Boyce admits his total body weight training program, mixed with high-intensity training, requires some room to move. He includes weights, farmer walks — walking while carrying weights — lunges and more, and feels like he’s taking up space while working out or impedes walkways, though he tries to stay out of perceived pathways.

He suggested YMCA staff more strongly remind those using the weights to return them to the correct place, and that anyone using a machine needs to spray it down afterward. Both are concerns familiar to gym operators everywhere, but Boyce wants to see more signs, more reminders by YMCA staff.

“I do like the facility,” Boyce said before getting down to work.

New member Ljundgren, a runner who brings a bring gym bag of items to the Y, wishes the men’s locker room was bigger. But he and Kathi agree the staff has been helpful.

Kathi also appreciates the option of walking inside, out of the weather and without the possibility of dogs “or tripping on anything but my own feet,” she said. “I like that there’s lots of parking,” she added.

Being such new members, the couple was spending a little time walking around the upstairs fitness area. They liked what they saw.

The Downtown YMCA pool remains closed as the Yakima Family YMCA continues to work on solutions for the boiler mechanical failure that occurred earlier this month.

Heated with a steam system, the 1950s building at 5 N. Naches Ave. is a patchwork of sources. The basement and first floor don't have heat, and the men’s hot tub and steam room are still closed. But because a separate system serves other areas of the structure, they remain heated and open.

"We're having to come up with different solutions for different spaces,"  said executive director Bob Romero.

The basement and first floor don't have heat, but work has begun to restore heat to the popular gym on the first floor, Romero said. "We anticipate by the end of (this) week we'll have heat restored in the gym," he added. "We have started some of the repairs."

They plan to upgrade the pool heater with something similar to what's in place at the YMCA and Yakima Rotary Aquatic Center at Chesterley Park, Romero said. It's part of efforts to "come up with a good comprehensive solution to last a long time," he said of all the related repairs.

As work continues, some programs may have been moved to the aquatic center. For more information, check the Y’s website or Facebook page.

Joining fees are $57 for an individual or adult with a child, and $87 for a couple or a family.

Annual membership rates range from $80 for ages 13 and younger to $935 for a senior couple (ages 65 and older). Scholarships are available.

Get more information and prices at yakimaymca.org/join. Sign up for membership there or at the downtown facility.

Yakima residents — regardless of whether they’re from the city’s east or west end — can get to the aquatic center for about $2 round-trip by bus.

Narrow roads at intersections prevent city buses from driving directly up to the center. But that will change with construction slated for 2020, with a roundabout planned for the intersection of North 34th Avenue and River Road that will allow direct access.

During peak service hours, six buses per hour — or 66 buses per day — drop off visitors near the intersection of North 40th Avenue and River Road.

East-side residents can catch two existing routes to the transit center, then take one of five routes to get to the aquatics center.

The council unanimously voted to direct staff to report back with more information.

On the Yakima Greenway, a beloved old playground gives way to "new, modern and safe" replacement

Wednesday was just the kind of day that brings people to the Yakima Greenway and its popular Sunrise Rotary Park McGuire Community Playground.