You are the owner of this article.
Edit Article Add New Article
You have permission to edit this article.
Edit
Home
News
COVID-19
Yakima Free Press
Sports
Photos & Video
SCENE
Obituaries
Classifieds
Opinion
The Vanished
1 of 9 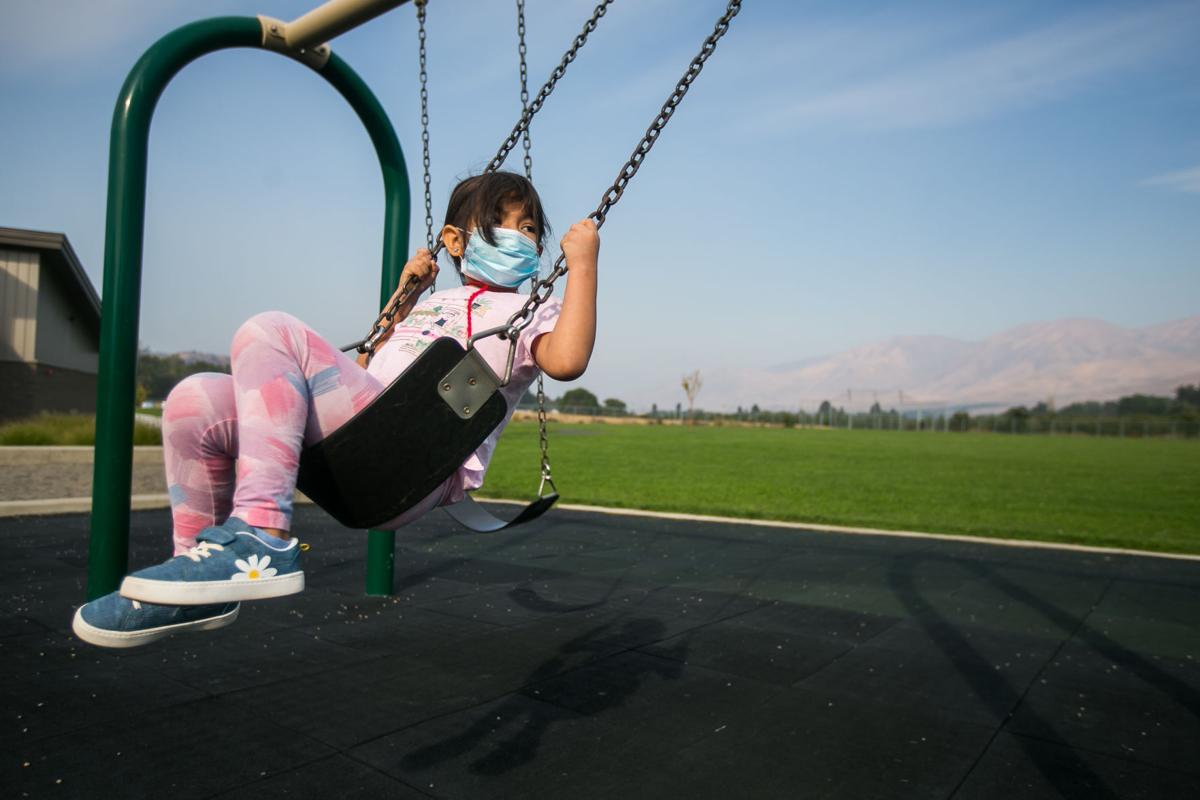 A kindergartener wearing a mask swings during first recess outside Wednesday, Sept. 15, 2021, as a moderate haze of smoke shrouds the foothills in Naches, Wash. 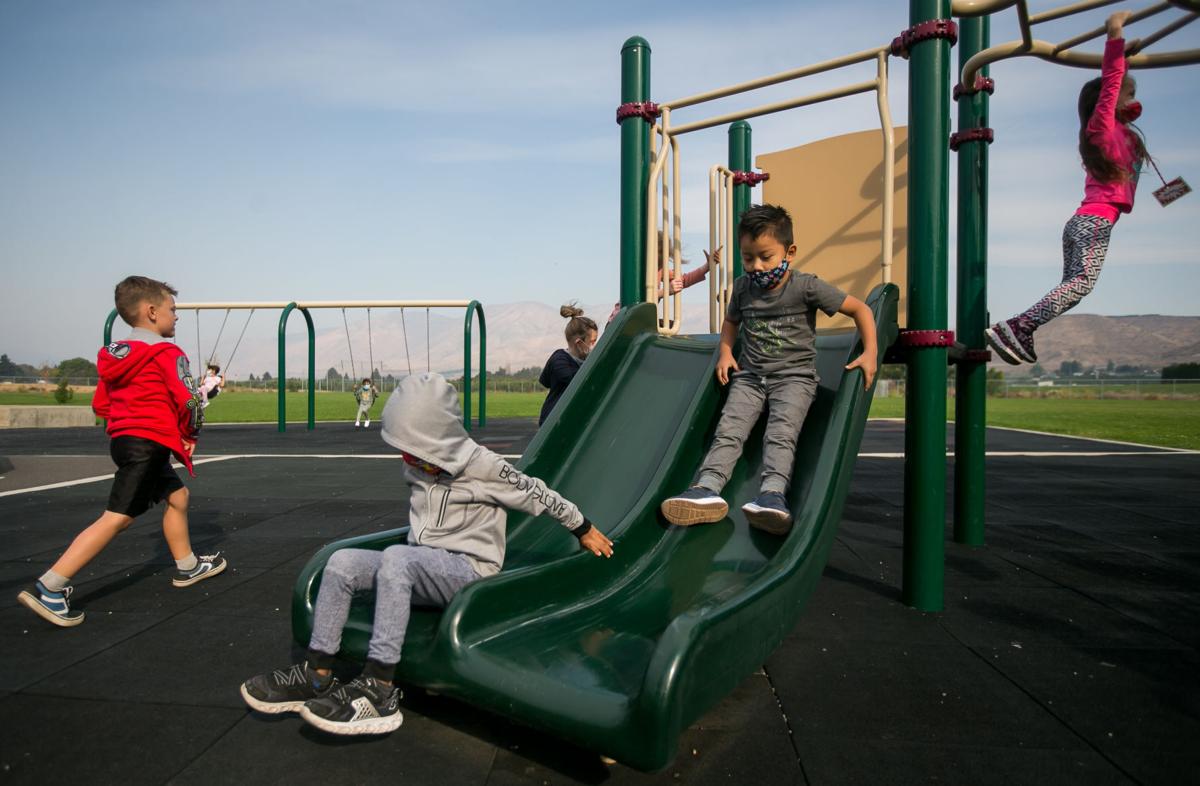 Kindergarteners play on a playground during first recess outside Wednesday, Sept. 15, 2021, as a moderate haze of smoke shrouds the foothills in Naches, Wash. 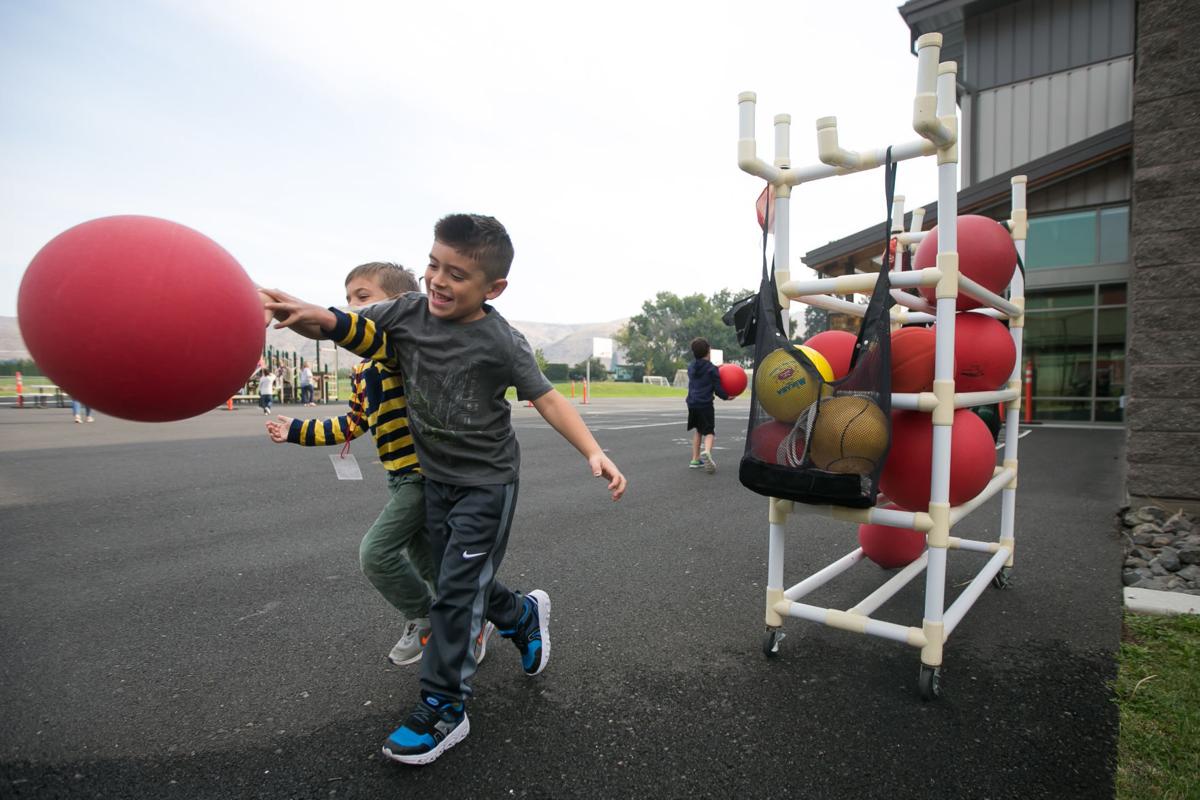 Two kindergarteners battle for a rubber ball Wednesday, Sept. 15, 2021, during first recess outside at Naches Elementary School in Naches, Wash. 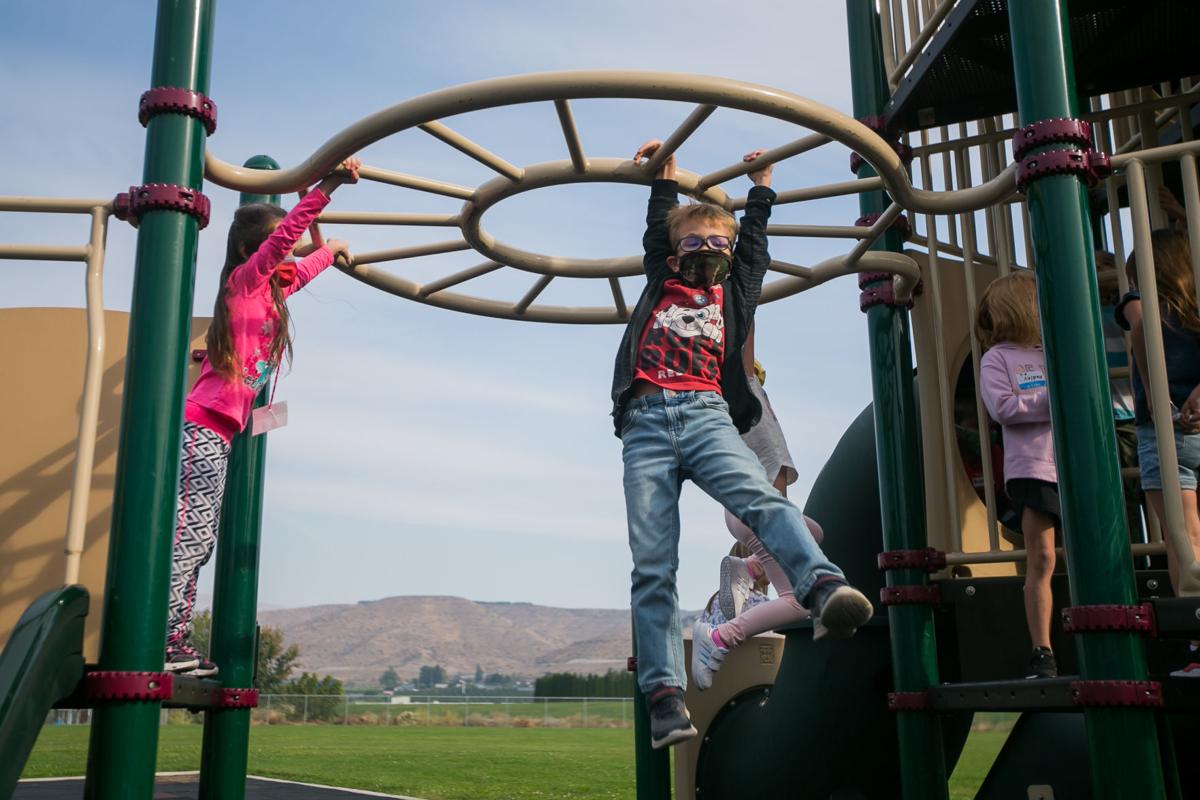 Kindergarteners wearing masks play on a playground during first recess outside Wednesday, Sept. 15, 2021, as a moderate haze of smoke shrouds the foothills in Naches, Wash. 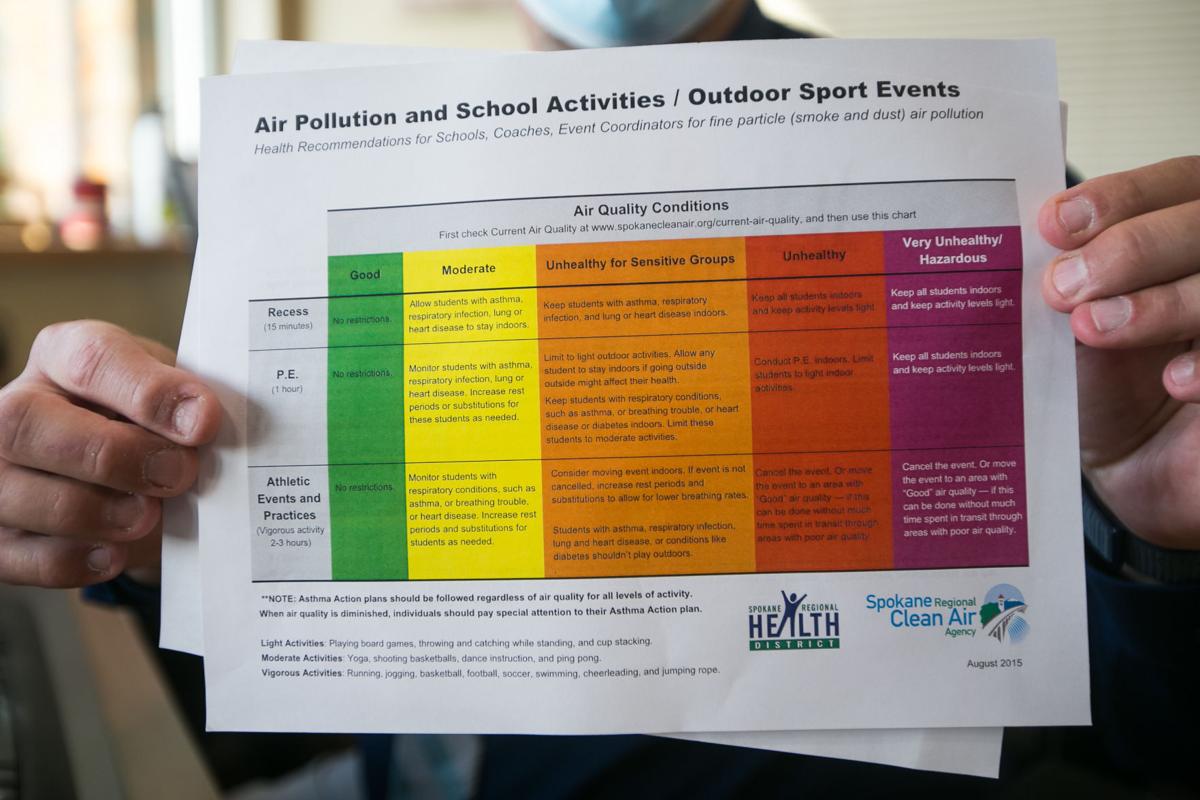 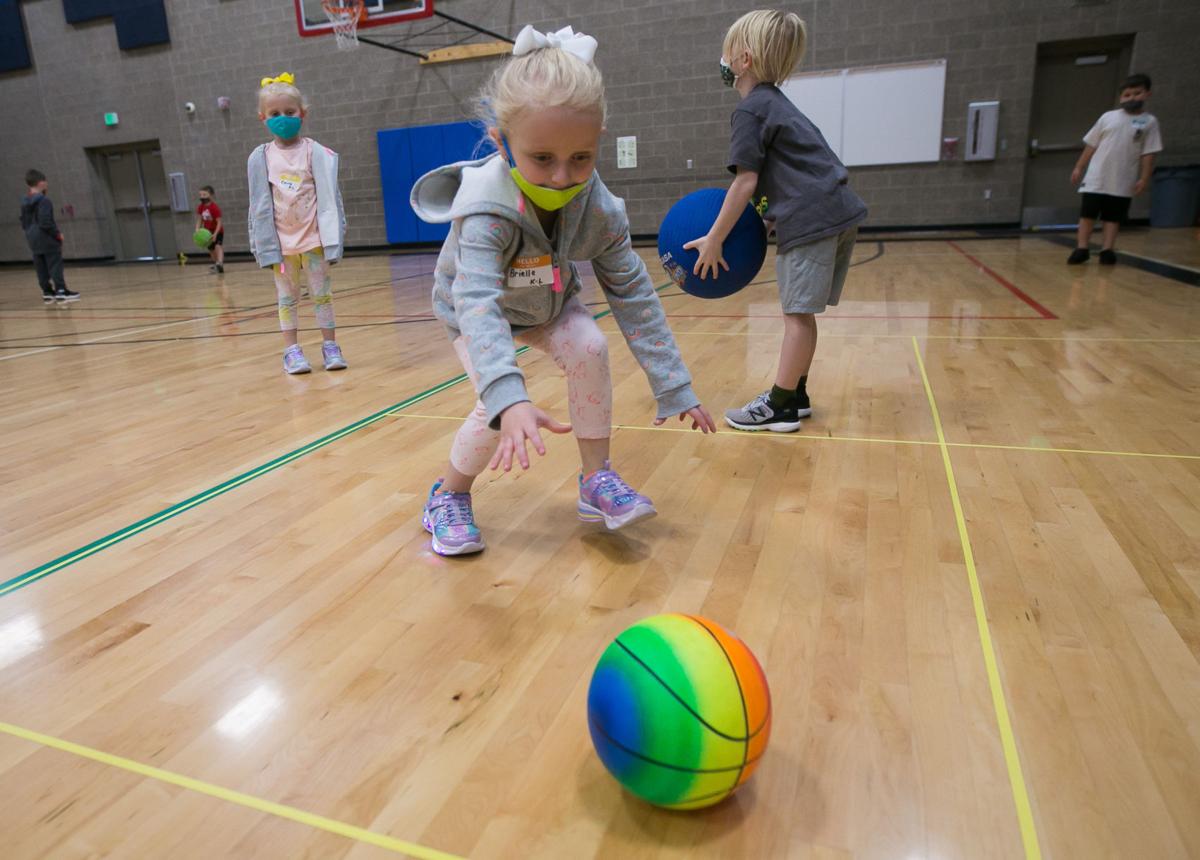 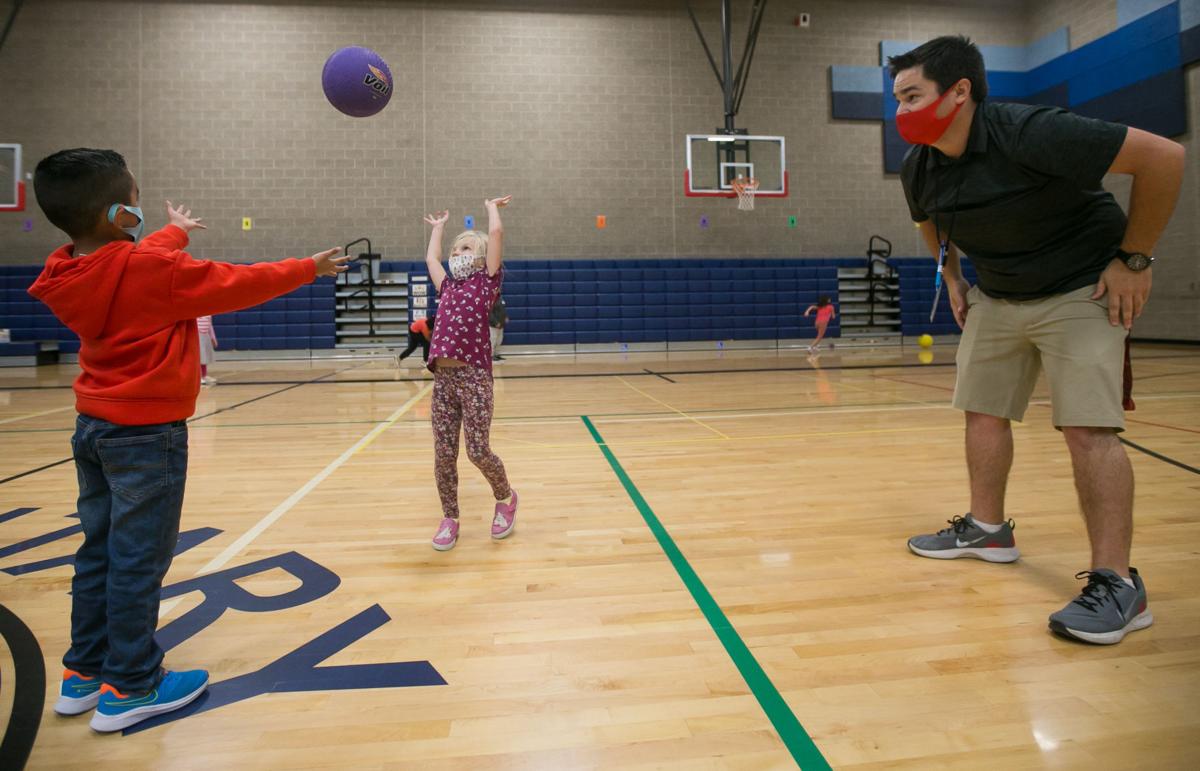 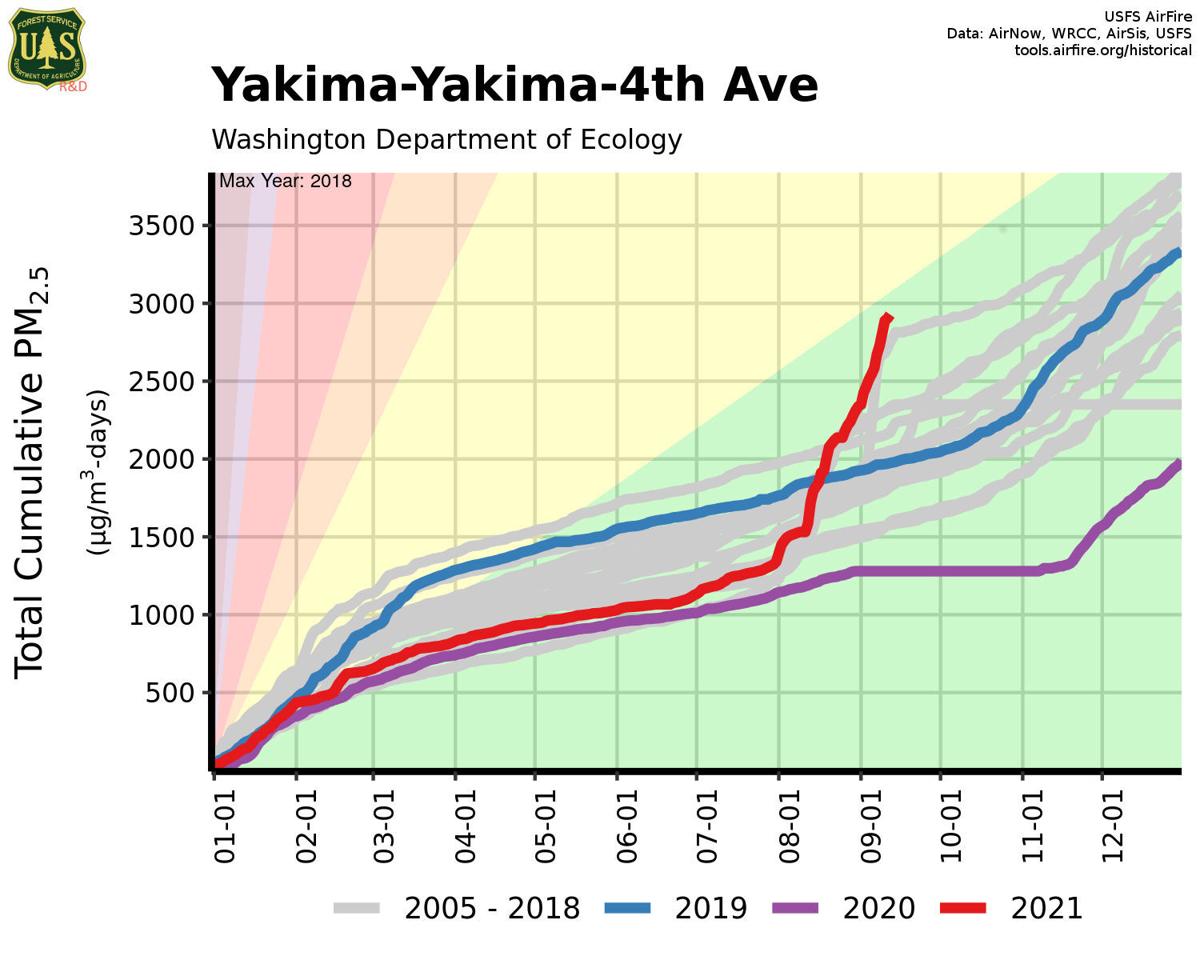 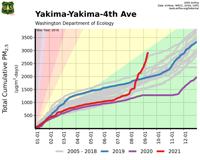 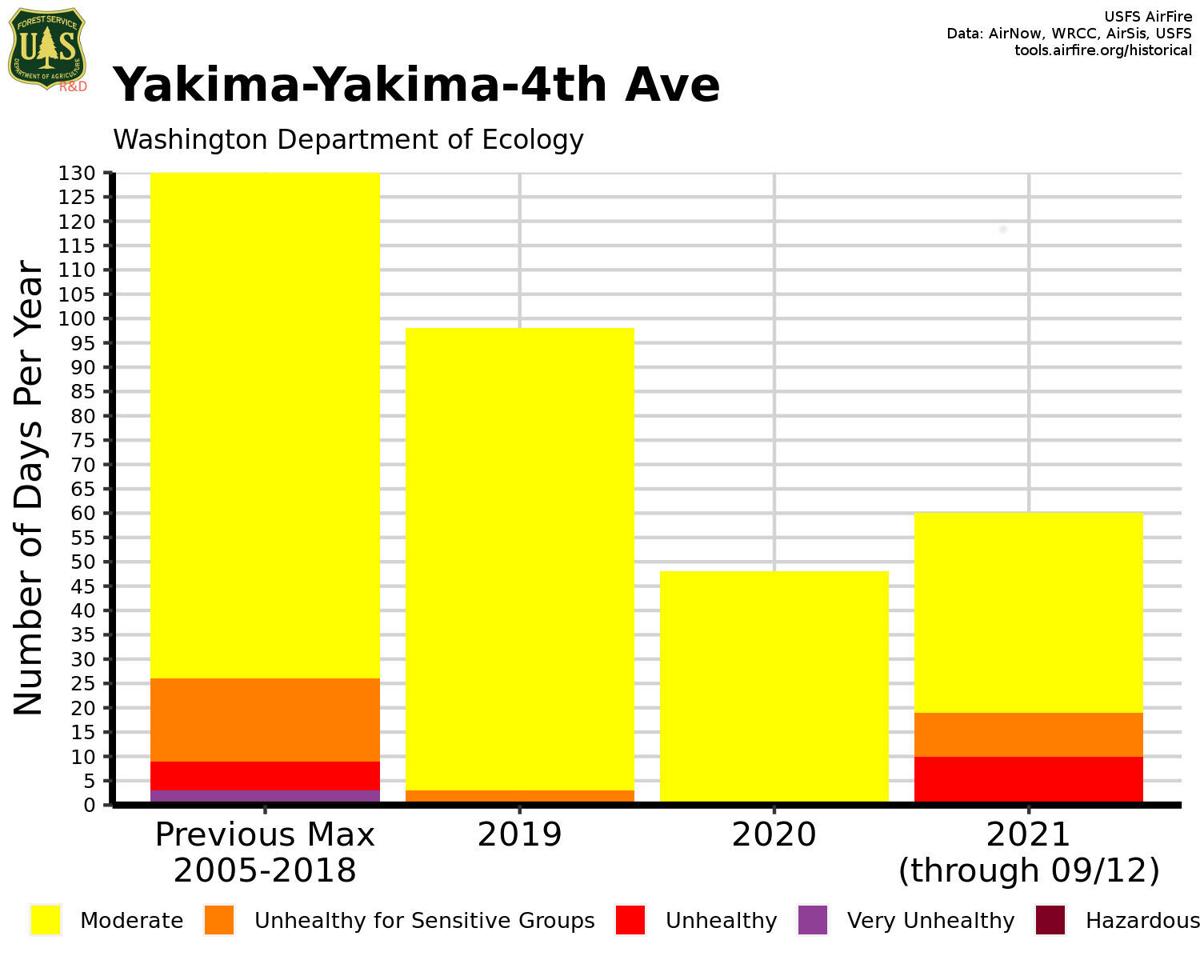 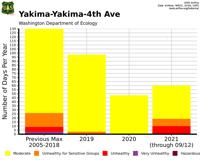 A kindergartener wearing a mask swings during first recess outside Wednesday, Sept. 15, 2021, as a moderate haze of smoke shrouds the foothills in Naches, Wash.

Kindergarteners play on a playground during first recess outside Wednesday, Sept. 15, 2021, as a moderate haze of smoke shrouds the foothills in Naches, Wash.

Two kindergarteners battle for a rubber ball Wednesday, Sept. 15, 2021, during first recess outside at Naches Elementary School in Naches, Wash.

Kindergarteners wearing masks play on a playground during first recess outside Wednesday, Sept. 15, 2021, as a moderate haze of smoke shrouds the foothills in Naches, Wash.

Monday was the first day students in Naches Valley School District could play outside at recess since the school year started, Superintendent Robert Bowman said.

Communities near the Schneider Springs Fire have seen sustained high levels of wildfire smoke since the fire started on Aug. 3. Schools in the Naches and Yakima valleys have followed guidance to cancel events or move recess, PE, sports and other activities inside when air quality reaches unhealthy levels.

Yakima has had only six days of “good” air quality since Aug. 3, according to the Washington State Department of Ecology. Yakima County has experienced the most days in air quality categories other than “good” compared to the rest of the state, the department said.

Ariane Sarzotti, an air resource adviser for the Schneider Springs Fire incident command team, said the smoke will continue to settle in Yakima and Naches valleys this week.

But rain in the forecast Friday could help tamp down the fire and the smoke. Once fire activity slows, the smoke will start to decrease, she said.

“I don’t foresee seeing any of the (smoke) impacts like we have been seeing after this weekend,” she said.

The weather, wind and topography all influence smoke, Sarzotti said, which makes it difficult to predict smoke impact more than a week out.

He said the schools didn’t anticipate the stress of not being able to spend time outdoors. With PE classes and recess moved inside, it’s taken a toll on students and teachers in the classroom. The first soccer game of the season was also canceled, he said.

“I think as a teacher, you feel that,” he said. “You feel when kids don’t have the opportunity to go burn some of that energy. It just makes the job a little bit harder.”

Other schools in the area also have had to move activities indoors or cancel them altogether, Educational Service District 105 marketing coordinator Brittany Kaple said. ESD 105 is an agency that supports 25 public school districts and other state-approved schools in Southcentral Washington.

School nurses have seen health impacts from the smoke. Nurses in have seen more asthma attacks among staff and students, said Mary Lou Shean, the school nurse coordinator for ESD 105.

Shean said it has been a challenge to distinguish between symptoms from smoke exposure or symptoms from COVID-19. Students have had to miss school to be tested for symptoms that might otherwise have been attributed to poor air quality, she said.

Naches Valley School District, Yakima School District and other schools in the area use guidance from the Washington Department of Health to determine whether outdoor activities can continue. The department outlines recommendations for schools in areas experiencing air pollution.

When the air quality is categorized as “good,” there are no restrictions on school activities. When air is considered “unhealthy” the DOH advises schools to keep all students indoors, and to cancel athletic events and practices, or move them to an area with good air quality.

The state Department of Ecology uses its own air quality measure, called the Washington Air Quality Advisory, or WAQA. It’s different than the Air Quality Index used by the U.S. Environmental Protection Agency and available on websites like airnow.gov.

The state’s WAQA shows the health effects of fine particle pollution at lower levels than the federal Air Quality Index or AQI, and is more protective of people’s health, the department said. Schools that use the state recommendations for school activities and air pollution measure air quality using the WAQA.

How to stay healthy

“(Keeping) indoor air clean is one of the best ways to reduce exposure when the air is smoky outside,” she said.

People can filter the air in their homes by buying a portable air cleaner. Some masks also help filter out smoke. People can wear particulate respirators or N-95 masks to reduce exposure to smoke, Kelly said, but child-sized N-95 masks are not manufactured.

Cloth face coverings and surgical masks do not provide protection from wildfire smoke, she said. The air pollution particles from smoke are small enough that they can get in through the gaps in the mask and enter a person’s airway.

Smoke can worsen COVID-19 symptoms or make a person more susceptible to respiratory infections. The symptoms for smoke inhalation and COVID-19 are similar, too, Kelly said.

She said people experiencing symptoms of COVID-19 should get tested, even if the symptoms could be caused by smoke.