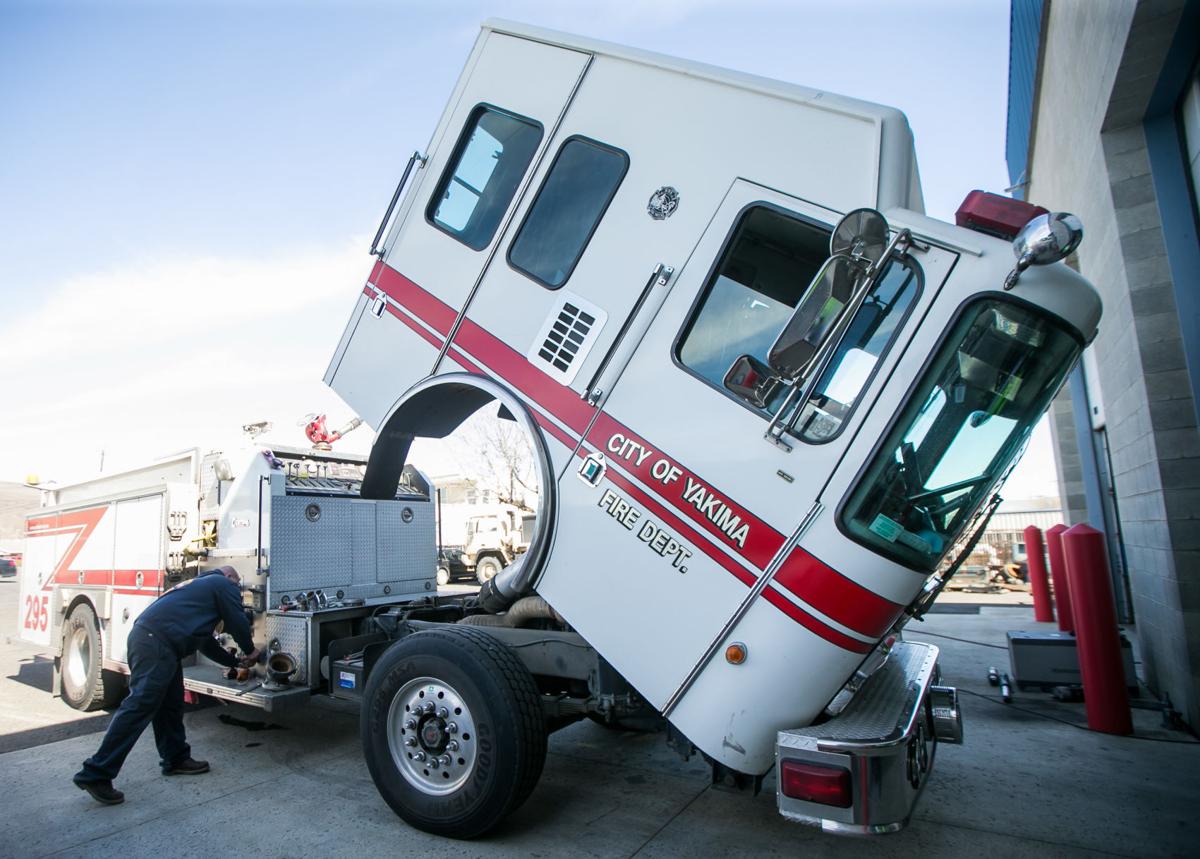 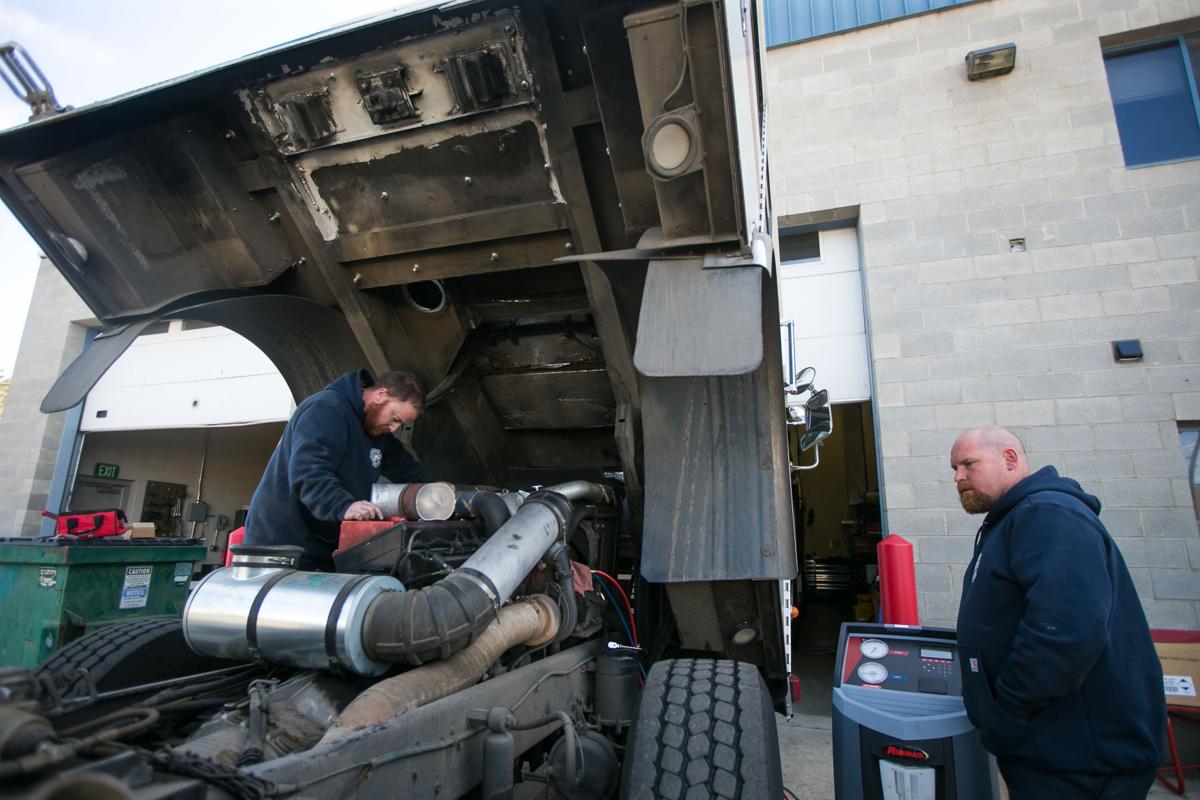 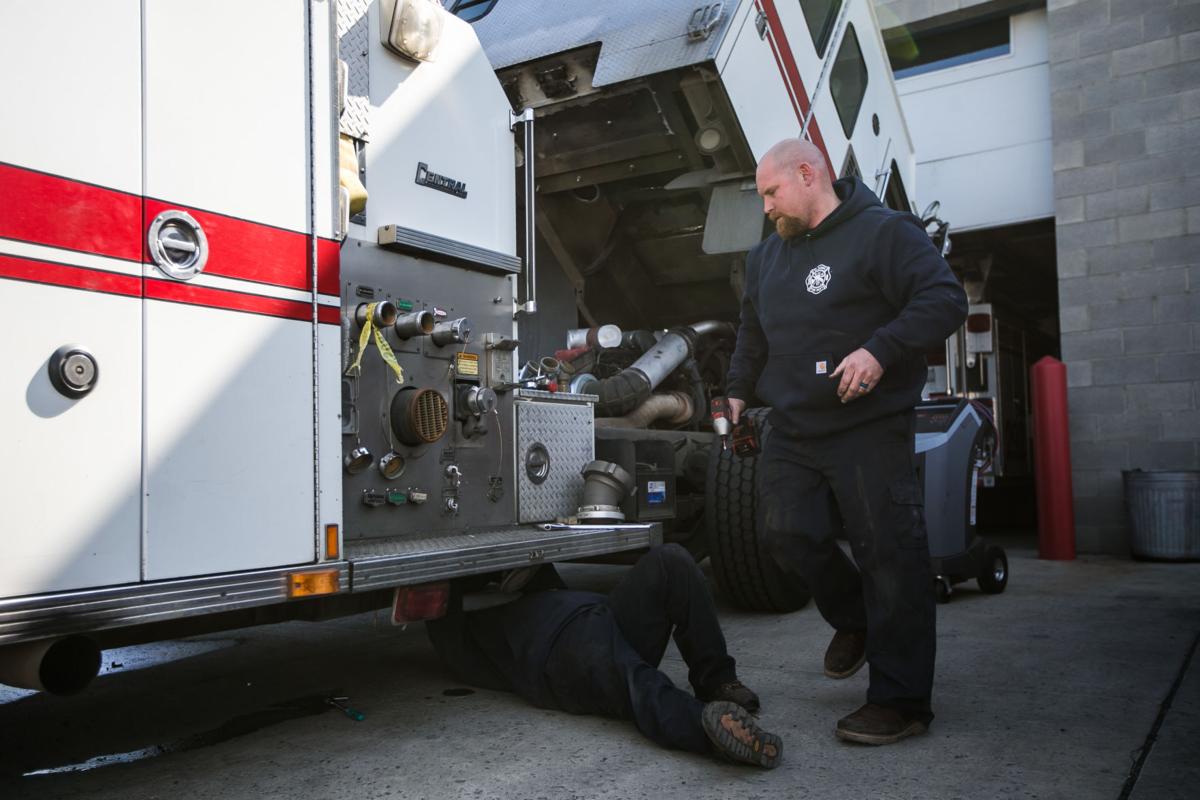 The past year was rough for the Yakima Fire Department’s fleet of firetrucks and engines.

At times, up to three firetrucks were out of service for repairs, with the city’s largest ladder truck sent to Oregon for work, said Deputy Fire Chief Jeremy Rodriguez.

“We try to keep everything going the best we can,” Rodriguez said.

Fire Chief Aaron Markham and city officials discussed a plan for allocating $1 million a year in the city budget for maintaining and replacing fire equipment. Markham told City Council members during a study session Tuesday that the department is hoping to buy two new trucks next year.

The department has 16 trucks and engines, including two ladder trucks, eight engines, two brush trucks and a water tender.

In recent weeks, the city’s largest ladder truck and two engines were down for repairs — nearly a quarter of the trucks and engines. Rodriguez said the engines being down didn’t affect the department’s coverage, as three engines and a truck in reserve were pressed into service to cover for the vehicles. It would have presented an issue if additional crews were called in and no vehicles were available, though, Rodriguez said.

The department strives to do most repairs at its shop in the former Fruitvale fire station, where the department’s two mechanics keep the fleet running.

“The mechanics have been Johnny on the spot,” Rodriquez said. “They have stepped up.”

He said the department has had to shift funding to help cover repairs, as well as overtime for the mechanics. But he said the priority is keeping the trucks running and in safe condition.

Markham told the council that the department had made “significant repairs” in front-line units, including replacing a pump in one vehicle, which Markham suggested using for training as the truck as a whole is near the end of its life.

The department planned to replace two fire engines this year, but he said it was not feasible since it takes about a year to build one. He said his plan is to provide the city with a final bid, which would give the city an exact cost.

The equipment would be delivered to the city in 2022.

Markham said that does not buy the city much breathing room for replacing trucks.

“As lengthy as this process is, the reality is by the time we reach 2022, we would have three apparatus due to be replaced,” Markham said.

He suggested postponing the purchase of the third apparatus until 2024, creating a better spacing as trucks age.

Steve Groom, the city’s finance and budget director, said the city is looking at ways to build into the budget a $1 million annual funding for equipment replacement in the fire department, starting in the 2022 budget. The money would be realized through savings and improving efficiency, among other things.

“The focus is on managing savings in the budget and capture savings through rebudgeting,” Groom said, as well as staggering purchases.

Police Chief Matt Murray said almost all of YPD’s fleet is beyond its typical operating life. In 2014, the city agreed to provide patrol officers with patrol vehicles to take home, a contract provision that expired in 2019 and Murray said the department is reviewing on whether to continue.

Murray said the fleet could be replaced on a regular schedule with $1 million a year.