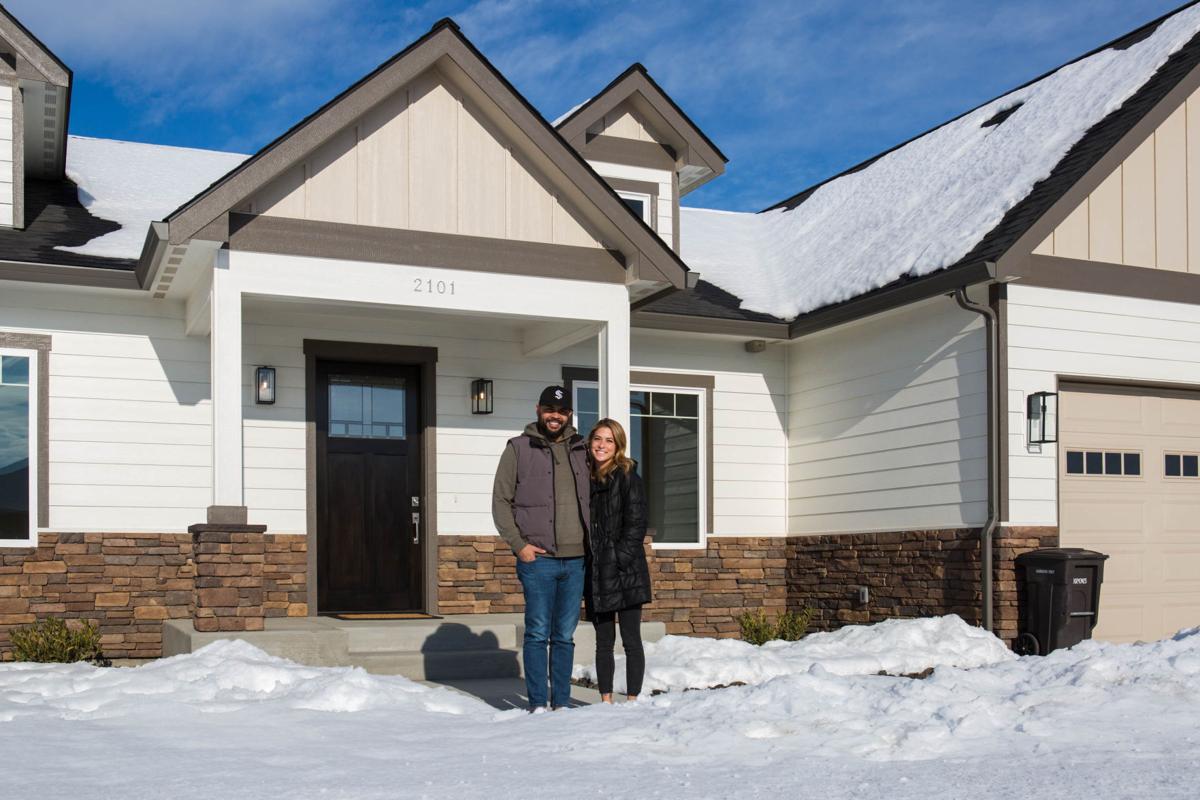 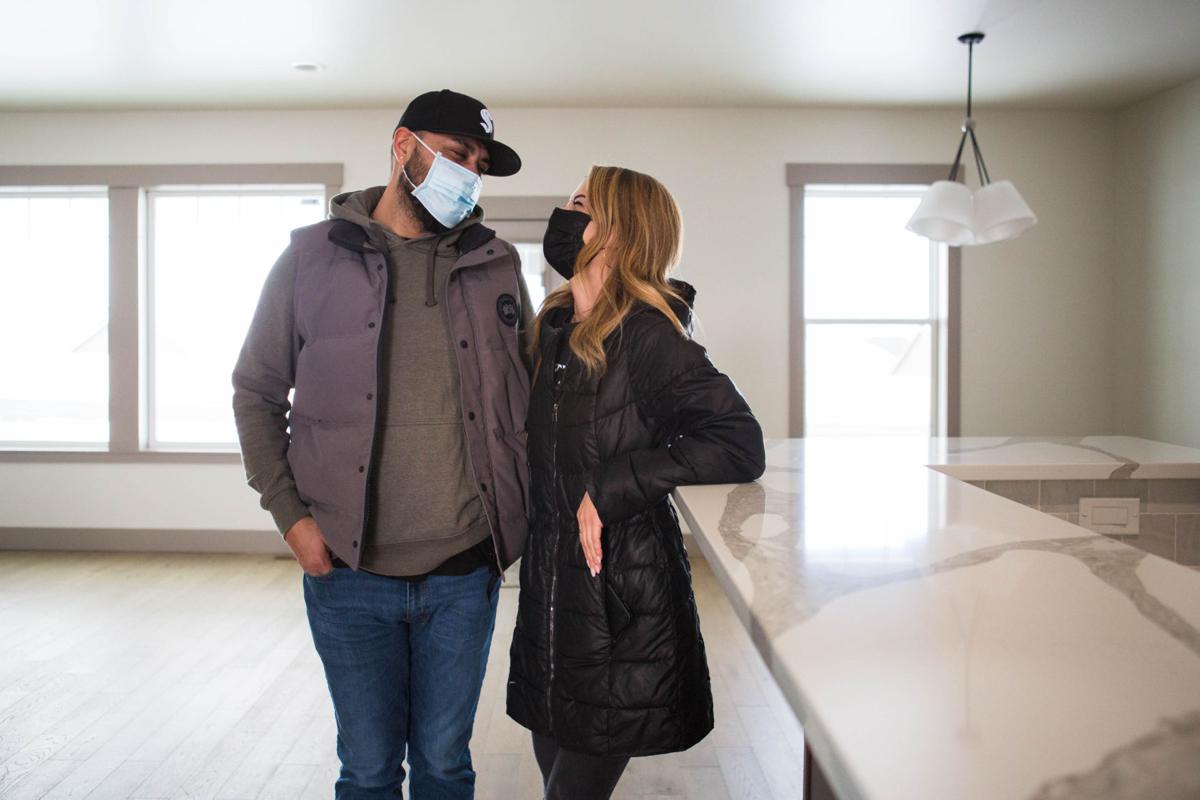 Tony Serrano stands with his girlfriend Grace Noe inside the kitchen of a home built by Perry Technical Institute students that he won in a recent raffle to support student scholarships. 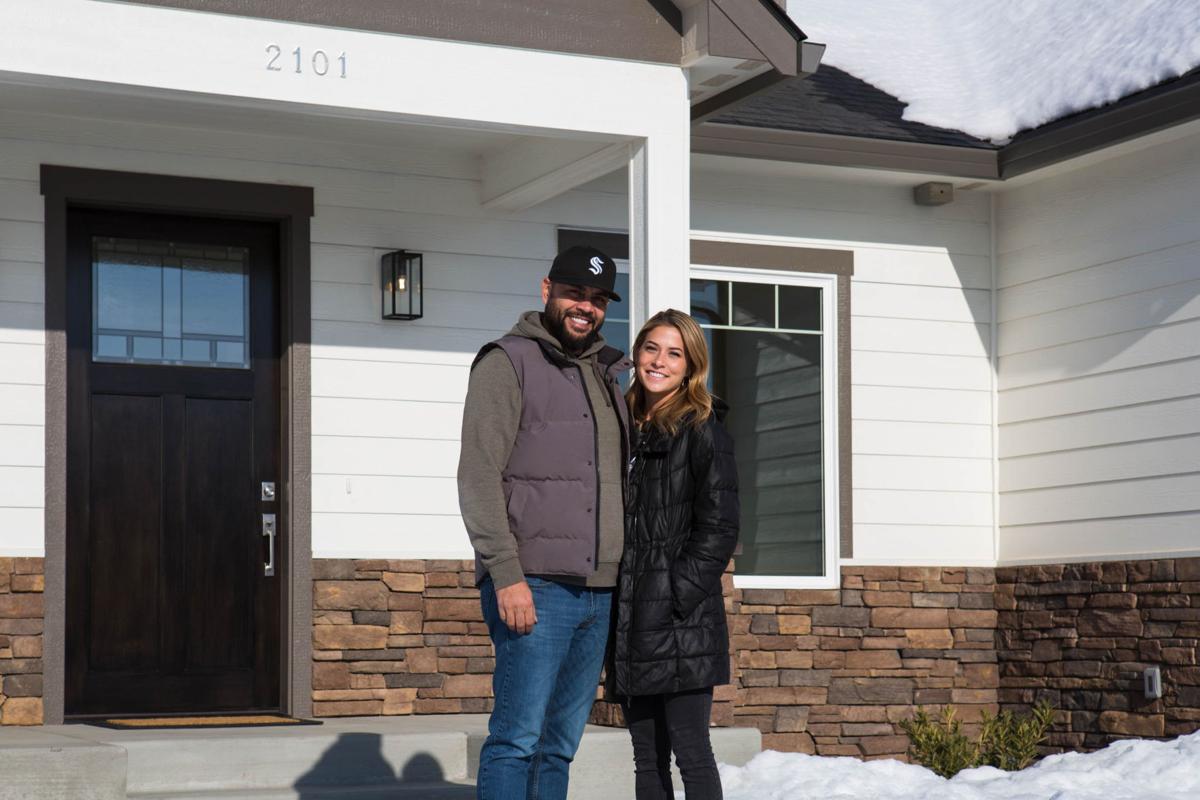 Tony Serrano stands with his girlfriend Grace Noe inside the kitchen of a home built by Perry Technical Institute students that he won in a recent raffle to support student scholarships.

Tony Serrano talked briefly with comedian Dave Chappelle after his New Year’s Eve show in Seattle and asked Chappelle to sign his hat. Chappelle obliged and made a prediction.

“You’re gonna have a great year,” Chapelle told Serrano and his girlfriend, Grace Noe. And he’s right so far.

Serrano, who lives outside of Naches, won the new house raffled off by the Perry Technical Foundation on Jan. 8. He and Noe are still giddy, still a little in shock. He’s never won anything, Serrano said Tuesday as he and Noe stood inside their new home, which was built by Perry Tech students and benefited Perry Tech student scholarships.

“I didn’t think people actually won stuff like this,” Noe said of the 2,522-square-foot home at 2101 S. 74th Ave. in Yakima. The three-bedroom, two-bath, two-car garage home was estimated to be worth $400,000; an appraiser also came Tuesday to firm up that figure for Serrano, who is responsible for taxes and related paperwork.

About 75 to 100 students from the construction, electrical technology, HVAC and plumbing technician programs were involved in a hands-on opportunity for them to develop their skills. Perry Tech also partners with Yakima Valley Partners Habitat for Humanity and has another house under construction in the same development where Serrano’s new home is.

And the “Win a Home” raffle stands out in another way by making the foundation the first in Washington to give a house away, said Christine Coté, president of Perry Tech. Other organizations have attempted but haven’t met their thresholds of minimum number of tickets sold, she said.

A total of 6,000 tickets were available at $100 apiece, with a minimum threshold of 4,000 tickets sold required to raffle off the home. The foundation sold 5,228 tickets at various sites. The raffle was sponsored by a local auto dealership and 33 local businesses were build sponsors.

The drawing took place Saturday afternoon with representatives from Perry Tech, the Washington State Gambling Commission and Moss Adams LLC. It was closed to the public because of the ongoing COVID-19 pandemic, but people could watch online as Yakima County Superior Court Judge David Elofson pulled out winning ticket number 5,142.

“A lot of individuals showed up at the school because they thought they could see the actual drawing,” Coté said. “We did not allow that but we handed out the link so they could watch from their cars.”

Serrano, who was born in the Yakima Valley and lived in a couple other states before returning, bought 30 tickets. He’s hired a few Perry Tech graduates over the years for his business, Yakima Valley Transportation. He purchased the tickets in a single big batch from a friend as a way of paying back and supporting the school and its students.

He sat in the car and waited for the winning number. When it was announced, Serrano started going through all his tickets, with Noe watching him on FaceTime. He found the winner and his phone rang. It was Coté calling with the good news.

After he headed inside to present his winning ticket, Serrano shared a bit about himself.

“Then a group of us went up to the house with him and he was able to walk through and look at his new home,” Coté said.

She noted that this was the second attempt to raffle off a house. The first raffle, launched early in the pandemic, didn’t hit the benchmark, so the foundation split the profits, with the winner getting $120,000 and the other half going to student scholarships.

Instructor Darin Peters led construction of Serrano’s new home, which began in December 2020, said Jason Lamiquiz, associate dean at Perry Tech. It had to be finished for the Central Washington Tour of Homes last September. “It was a pretty tight deadline,” Lamiquiz said.

Along with the three bedrooms, there’s a big bonus room upstairs. Serrano and Noe couldn’t stop smiling as they considered the possibilities of all the space. “Between us we have two boys and four girls” ages 12, 11, 6 and 2, plus two 7-year-olds, Noe said. “It’s going to be great.”

It will also be nice for them to have other kids to play with, too, Serrano said. “We don’t have any neighbors out there,” he said of their home near the Eschbach Nature Area.

Serrano has worked on houses before, but never completed one to live in. “The two houses that I finished, I finished to sell,” he said.

With more than $200,000 from the raffle going toward student scholarships, it was such a success that plans are underway for a second house raffle, Cote said.

“We plan to ask the Washington State Gambling Association for approval to do another raffle. We don’t know when that will happen,” she said, with the goal of launching it in the next few months, as soon as the gambling commission approves.

“We had such great support from the community,” Cote said. “For us, this whole project has been such a win-win.”