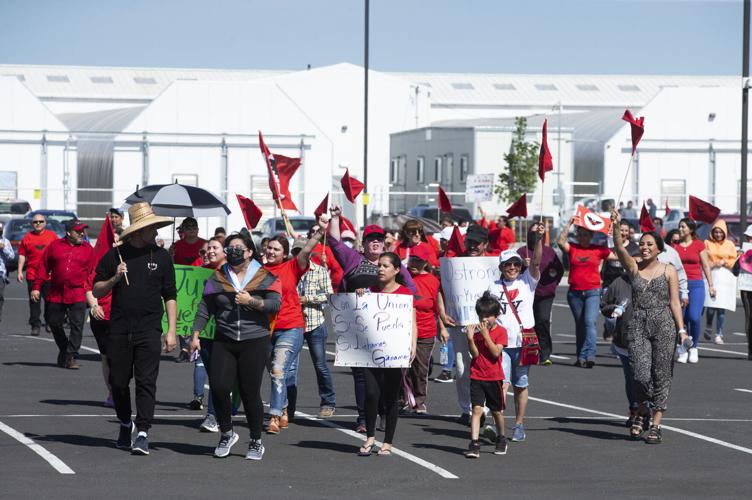 Ostrom Mushroom Farm workers return to the sidewalk after delivering a petition to management during a protest of working conditions at the farm Wednesday, June 22, 2022 in Sunnyside, Wash. 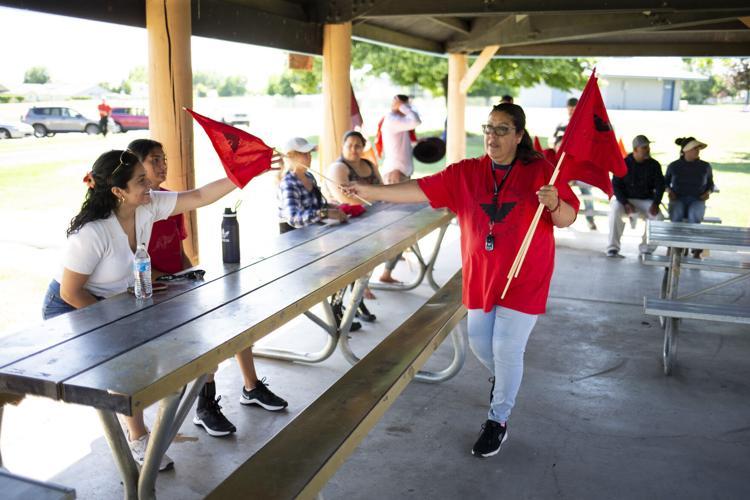 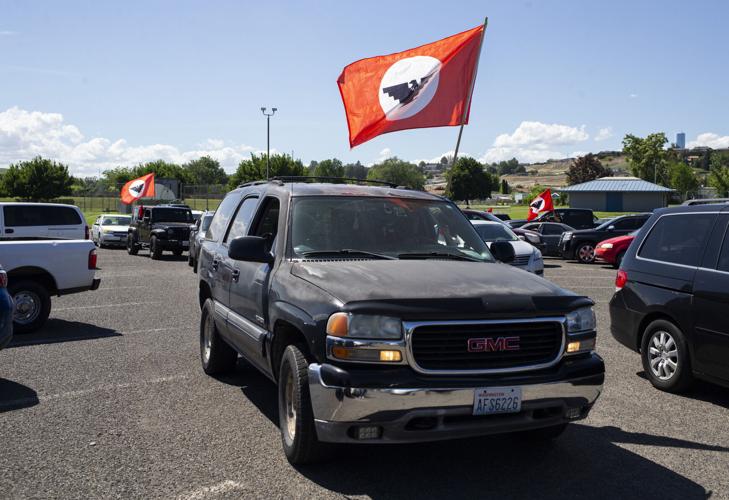 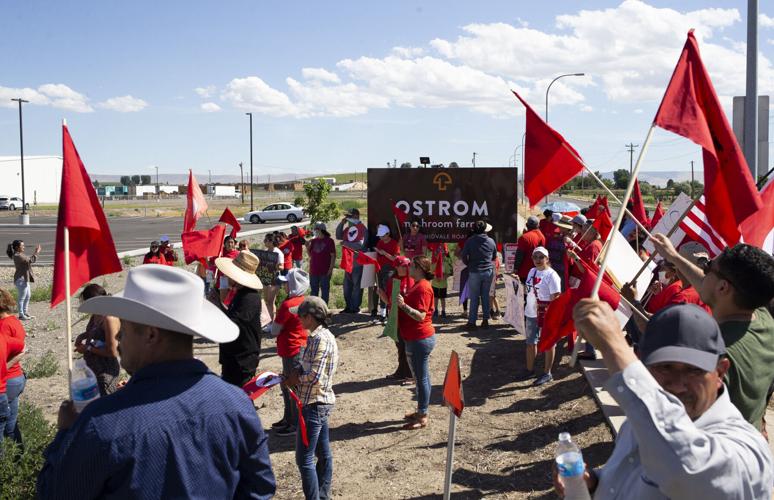 Ostrom Mushroom Farm workers return to the sidewalk after delivering a petition to management during a protest of working conditions at the farm Wednesday, June 22, 2022 in Sunnyside, Wash.

About 100 workers and community members, including United Farm Workers representatives, gathered in a park in Sunnyside and then went to the plant on Midvale Road to submit the petition.

Workers earlier elected a leadership committee and organized to advocate for “fair pay, safe working conditions, and respect,” according to the petition. Several workers said conditions have become worse in the last 3-5 months.

“We are here because we want to ask the company for a good salary for the workers,” said Daniela Barajas, a member of the workers’ committee who has worked at Ostrom for more than two years.

“We are here to ask for respect for the workers and a workplace that is accommodating and free of threats and bullying,” Barajas said in Spanish.

Ostrom's Sunnyside facility was built in 2019 when the company moved to Sunnyside from western Washington. The company produces mushrooms which are sold throughout the Northwest.

Workers approached the entrance with their petition in hand, and said later that staff inside refused to take the petition at that time. Instead, they said workers will meet with company officials on July 7. Around 4:20 p.m., three police cars arrived at Ostrom, but left shortly after.

Workers stayed outside for several minutes. Many were wearing United Farm Workers T-shirts and waving red UFW flags. UFW staff said they were only there to support the workers and do not represent workers at Ostrom farms.

The Yakima Herald-Republic has reached out to Ostrom officials for comment.

Editor's note: a previous version of this article stated a worker's name as Daniela Varajas. In fact, the name is Daniela Barajas.

Jasper Kenzo Sundeen's reporting for the Yakima Herald-Republic is possible with support from Report for America and community members through the Yakima Valley Community Fund. For information on republishing, contact our newspaper’s city editor.