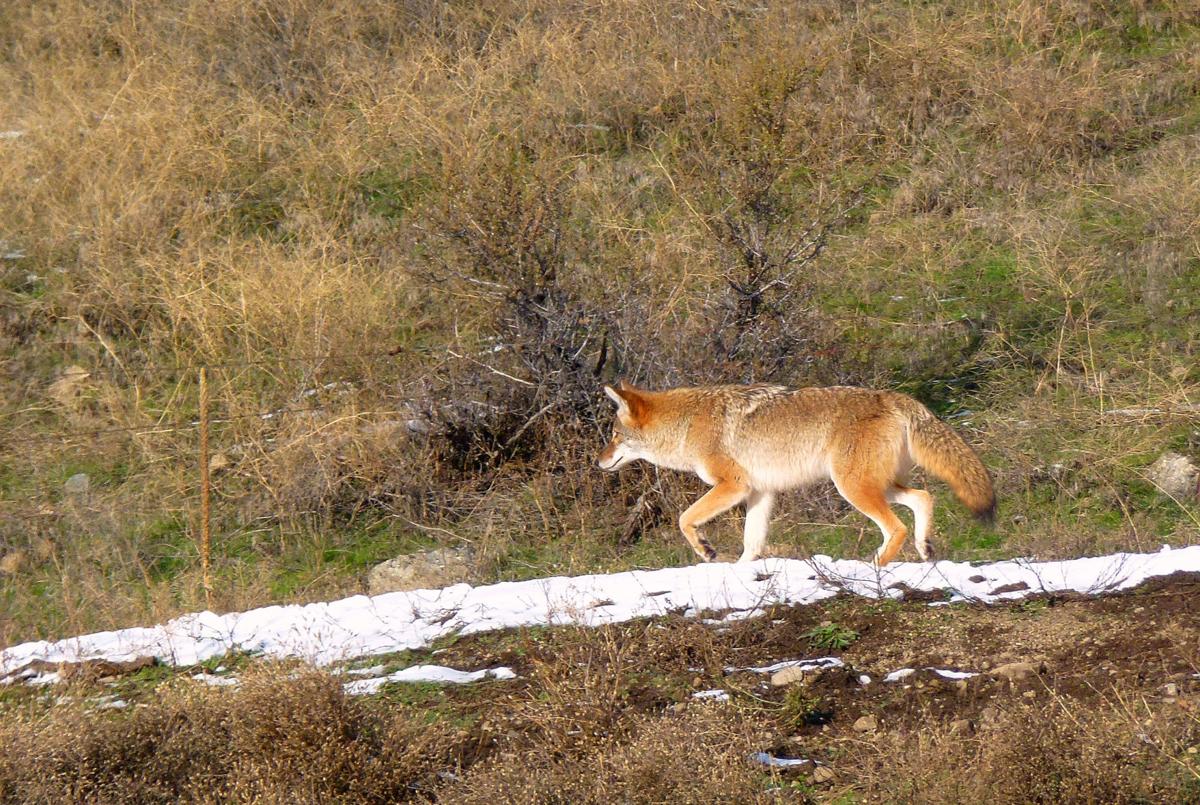 A coyote trots down a hillside in Methow Valley, Wash., Nov. 13, 2012. (Scott Fitkin/Washington Department of Fish and Wildlife) 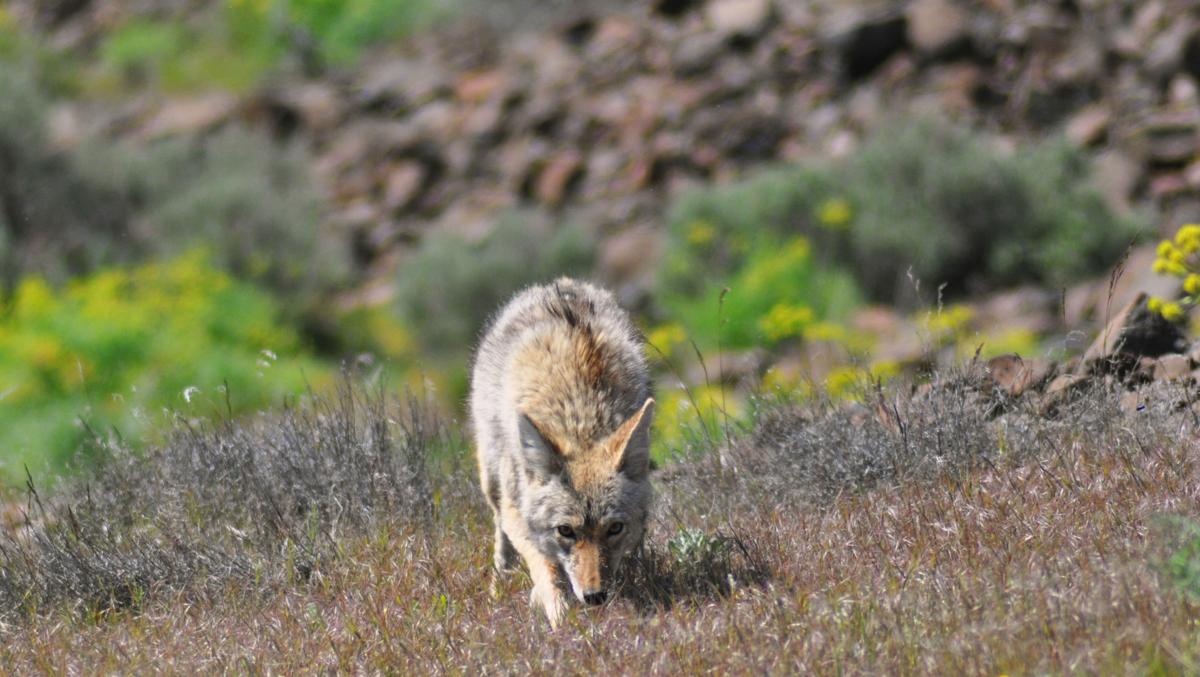 A coyote makes its way through a patch of grasses near Blue Lake, Wash., April 22, 2011. (Mark Ballinger/Washington Department of Fish and Wildlife) 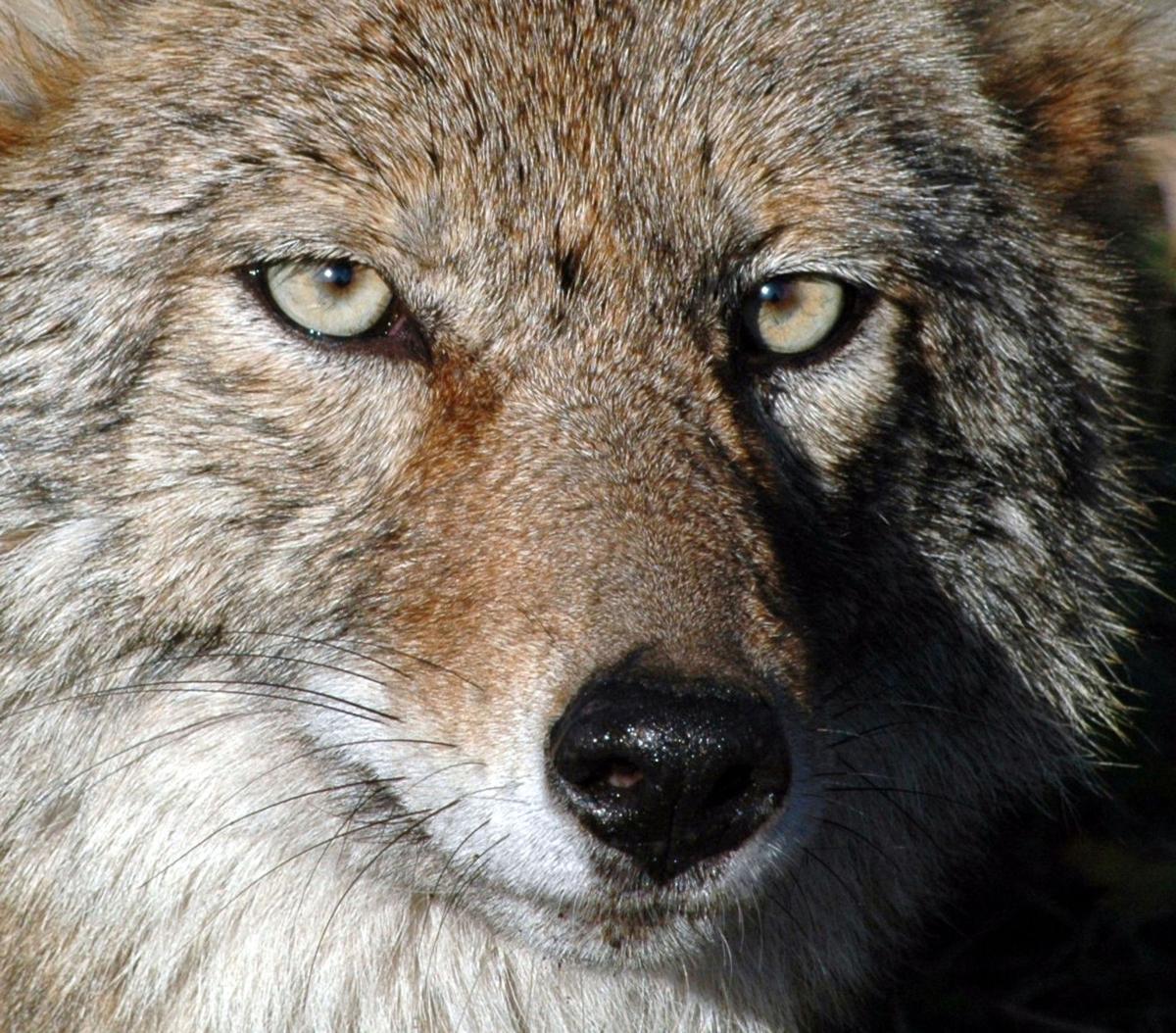 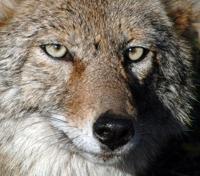 A coyote is photographed in Washington state on Jan. 10, 2012. (Kim Chandler/Washington Department of Fish and Wildlife)

A coyote trots down a hillside in Methow Valley, Wash., Nov. 13, 2012. (Scott Fitkin/Washington Department of Fish and Wildlife)

A coyote makes its way through a patch of grasses near Blue Lake, Wash., April 22, 2011. (Mark Ballinger/Washington Department of Fish and Wildlife)

A coyote is photographed in Washington state on Jan. 10, 2012. (Kim Chandler/Washington Department of Fish and Wildlife)

Coyotes lurk nearly everywhere in the Yakima Valley, providing mostly unseen benefits to the ecosystem as well as potential dangers to farmers and pet owners.

It’s estimated at least 50,000 coyotes live in the state, although it’s impossible to know with any certainty since there’s no proven method to survey coyote populations. They’re wary, intelligent canines that adapt better than most wildlife, but don’t always live in perfect harmony with their human neighbors, including some who seek the challenge of hunting them for sport and conservation purposes.

“There’s a lot of coyotes around the area,” state Department of Fish and Wildlife Sgt. Morgan Grant said. “We don’t get a lot of calls about coyotes, but it’s not uncommon for people with cats or small dogs, they come up missing.”

Coyotes can also cause problems by threatening livestock or other animals. Nonetheless, some farmers ask hunters near their property to refrain from shooting coyotes because of  the role they play in containing the population of smaller animals such as mice and rabbits.

Coyotes prevent those populations from growing out of control and becoming more susceptible to disease, but other factors make it difficult to say exactly how coyotes affect the ecosystem, Wildlife Department biologist Jeff Bernatowicz said.

“Man’s influences are now everywhere and there is no such thing as a naturally functioning ecosystem,” Bernatowicz said. “If coyote populations declined 50 percent, it is doubtful anyone would notice.”

Among those most likely to notice such a drastic change in population would be local hunters, such as John Hein, an avid coyote hunter in the Yakima Valley.

Hein uses an electronic call and on rare occasions a decoy to find the elusive predators, often in areas with thick brush close to creeks.

“I think it helps save pheasants and quail and young deer, cow calves. It helps ranchers,” said Hein, who declined to say how many coyotes he shot last year, but was out so often that by spring he stopped.

The U.S. Department of Agriculture’s Wildlife Services reported coyotes injured or threatened 797 cattle and 5,947 calves across the country last year, far more than any other wild animal. The agency killed nearly 77,000 coyotes, including 127 in Washington last year.

Less is known about how many have been shot by hunters. A state license is required to hunt coyotes, but they aren’t classified as game animals and the state doesn’t regulate their hunting. No license is needed if a property owner can show a coyote is damaging their crops or threatening domestic animals.

Brad Coughenour of Yakima enjoys the challenge of hunting coyotes and said in a good year he’ll take 20 to 25, while other years he’ll settle for five or six. Hein and Coughenour hear from some farmers who want coyotes on their property left alone, but the two hunters believe along with others, that coyotes play an important role.

“If you don’t have a few coyote hunters, you’re not going to have any management of them,” Coughenour said. “There’s definitely a disease possibility.”

Thanks to the fur trade, the sport offers some financial rewards, which is not to say anyone hunts coyotes to get rich. Hein said his best coyote last year weighed 30 pounds and brought in $30 when he sold it to Tri-Cities-based Hicks Creek Fur Co.

Joe Rotter, a co-owner of Red’s Fly Shop, prefers to keep his furs for decoration around the house after skinning them himself and sending them to a tannery. He amasses three to four coyotes a year and hopes to eventually use the soft fur for hats or coats.

“I’ve been a hunter my entire life, but never really was into coyote hunting until my kids came of hunting age,” Rotter said. “It allowed me to mentor my kids during the off-peak season.”

Hicks Creek owner Doug Stanley buys from several customers in the Yakima area — there are no buyers here — and purchases hundreds of coyotes each year, which he skins himself and sells at auctions. Hunting coyotes is legal year-round, but the best furs are those from “yotes or dogs” — as they’re known colloquially — killed in late October through the winter. Stanley said it’s common for an adult coyote fur from Eastern Washington to bring in $50.

They’ve seen higher demand in recent years for their warm, long-haired fur, primarily for use on the trim of parkas and hoods for heavier coats. But Stanley knows that might not last in the fickle fashion market, and he’s wary of animal rights groups such as PETA anytime he speaks publicly about his business.

“The benefit of real fur is that it is a renewable resource,” Stanley said. “It’s not manufactured in some large smokestack area with smokestacks spewing and producing faux fur.”

He added real fur is also more durable and biodegradable when properly managed, making it more environmentally friendly than synthetic versions. Stanley finds uses for other parts of the coyote as well by donating skulls for educational purposes and occasionally making the animals into a meal.

An opportunistic approach to food gives coyotes the ability to adapt to their surroundings and draws them to easy food sources.

That’s why the Wildlife Department recommends people living in areas with coyotes don’t let cats or small dogs out at night, and always enclose livestock with fencing to protect them from attacks. Grant said much like raccoons, coyotes will scrounge for food anywhere they can, so it’s important to seal garbage or other containers.

Feeding coyotes can be dangerous and potentially make them become aggressive, like the two responsible for biting two young children in Bellevue in 2006, Washington’s first documented coyote attack. Bernatowicz said behavior that creates a safety concern is “extremely rare.”

If coyotes become a problem that property owners can’t take care of themselves, they should call USDA Wildlife Services, a trapper, or a state licensed wildlife control operator.

Stanley serves in that capacity and often handles coyote issues outside the city limits, although he said an initiative passed in 2000 to outlaw body-gripping traps significantly limited his resources.

Even more concerning for Stanley, though, is the expansion of wolves back into Washington, where he expects them to reduce the coyote population and do far more damage than their relatives. Bernatowicz said wolves could displace coyotes in some areas, and the Wildlife Department remains committed to conservation-based management of a growing wolf population, which still resides primarily in northeast Washington.

“Coyote populations could go down as wolves occupy more wild areas,” Bernatowicz said. “But as coyotes adapt to wolves on the landscape, their populations may stabilize at a new density.”

Tips for living with coyotes

■ Don’t let cats and small dogs out on their own, especially at night if you live in an area with coyotes

■ Prevent access to garbage containers, compost or other food sources

■ If a coyote ever gets too close, try to look as big as possible and act aggressively

■ For coyotes that become a nuisance, call a local wildlife control operator or USDA Wildlife Services at  360-753-9466