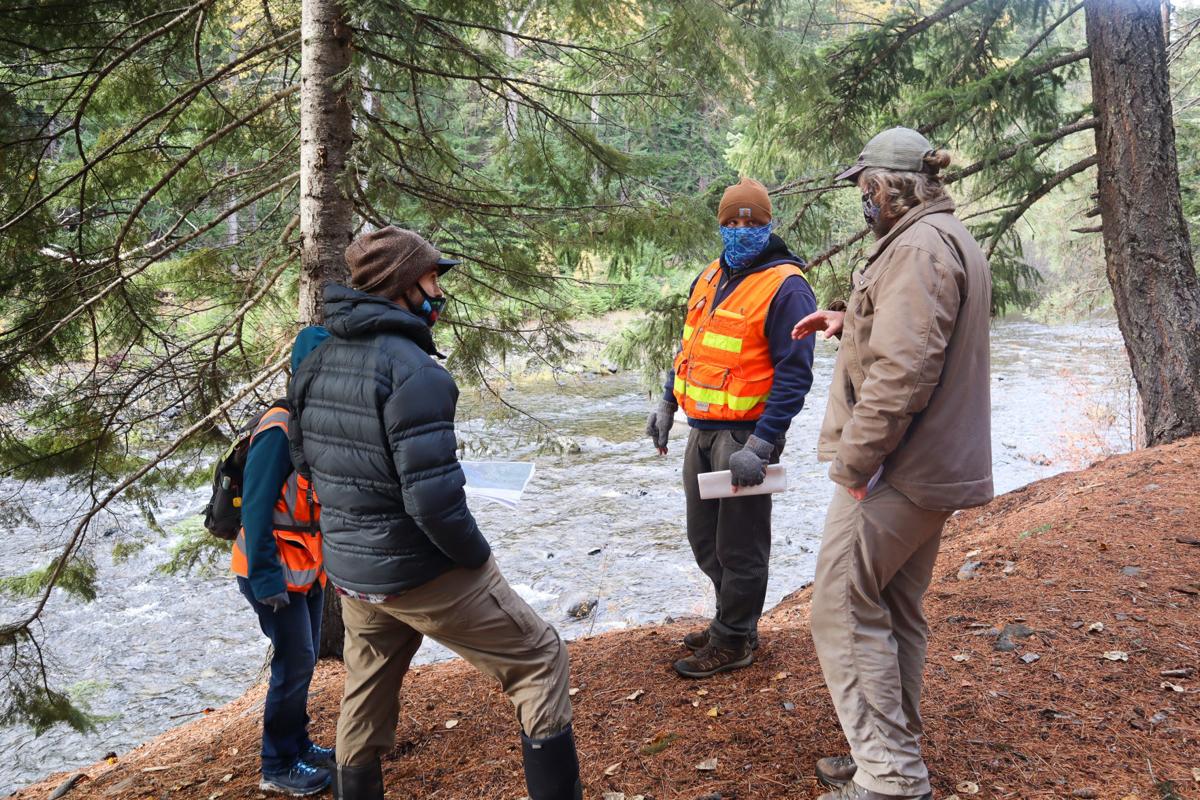 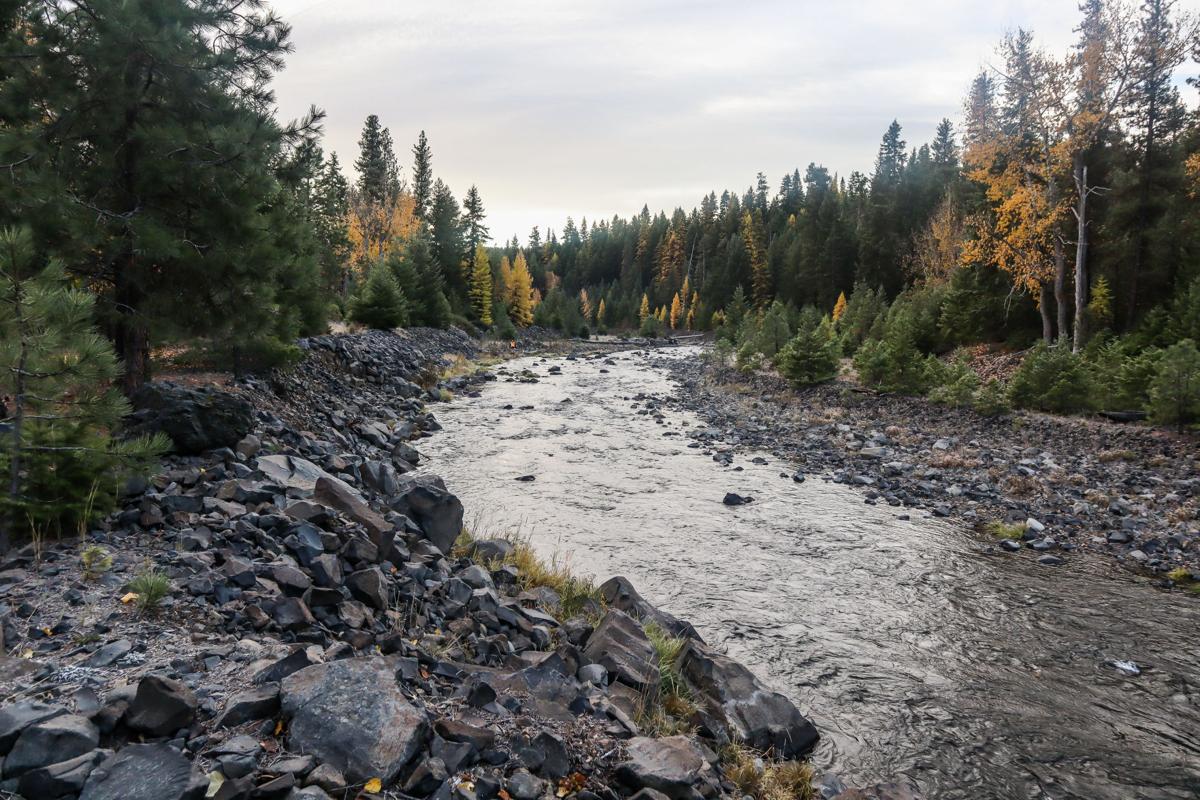 A view of the Longmire Levee project reach. 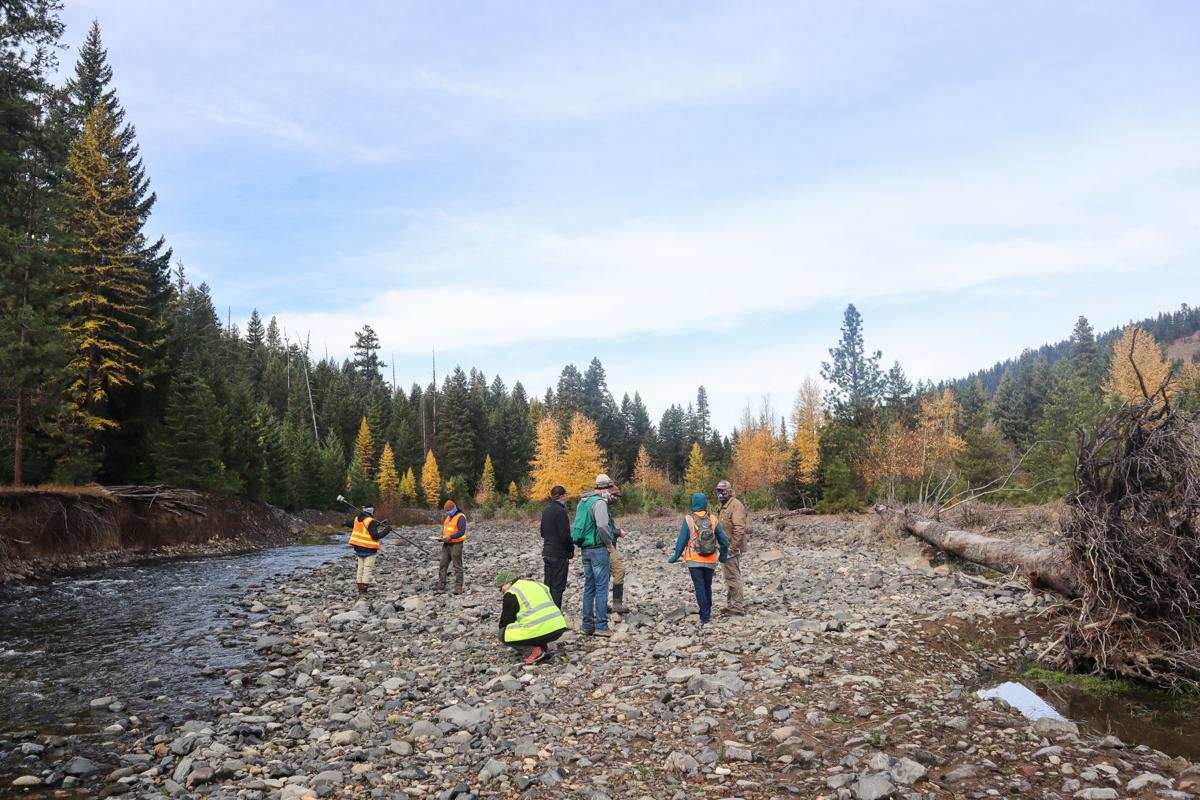 A view of the Longmire Levee project reach.

More than four decades ago, the U.S. Forest Service responded to flooding in the Little Naches River by removing wood, burning it and creating levees to protect a nearby valuable road.

Those efforts decimated fish habitat and spawning areas, straightening out a powerful, constricted stream no longer able to spread out on its historic floodplain. By 2022, thanks to the largest single grant ever awarded to the Mid-Columbia Fisheries Enhancement Group, a collaborative project plans to reverse some of that damage and restore habitat over nearly 11∕4 miles of the river’s upper reach.

“We still don’t want to harm the roads, but we understand that some of those things that we thought we were improving or cleaning the stream are actually really important because our fish species evolved alongside all of those natural processes that were going on,” Mid-Columbia fisheries project manager Connor Parrish said. “So we need the wood. We need connected floodplains and things like that for fish recovery, ecosystems.”

Forest Service fish biologist Gary Toretta said about 500 trees will go into the river on Okanogan-Wenatchee forest land next to the Little Naches Road. Volunteers and Mid-Columbia Fisheries staff will eventually plant trees along the banks to create a more robust riparian habitat for elk, beavers and other wildlife.

Additional modeling iterations and groundwater study pushed back the project, initially scheduled for completion in January 2021. COVID-19 and the Jungle Creek Fire in August brought additional delays. Parrish expects the work to occur in the summer and fall of 2022.

The next step will be confirming the project complies with Forest Service environmental rules before moving to the final design.

All those rocks will be returned to the river, instantly raising the riverbed by 2 to 3 feet. Parrish said it should grow even higher as the new wood slows down the water and helps build up sediment over time.

The Forest Service built those levees — the higher one next to the road 700 feet long and the other 600 — in the 1980s after two big floods in the late ’70s, according to Toretta. Yakama Nation habitat biologist John Marvin said back then the Forest Service often didn’t consult the tribes and focused more on growing trees than preserving habitats.

By the late 1980s, Toretta said hydrologists recognized that to establish stable channels, they needed to restore the wood they’d taken out of streams for years. Over the last two decades, Yakama Nation fish biologists became much more involved.

“I think maybe it just takes time,” Marvin said, noting bureaucracy continues to slow down restoration. “Some people even with state and federal and local governments often don’t understand the role of tribes and the rights of tribes.”

Biologists with all the different partners, including the Washington Department of Fish and Wildlife, share many of the same goals. Notably, they want to establish more spawning areas in the Little Naches while making it easier to navigate for fish like spring chinook, bull trout and mid-Columbia steelhead.

A key to that success will be expanding the floodplain that Marvin said once extended all the way across the existing road. Mid-Columbia Fisheries used state Department of Ecology funds available through the Yakima Basin integrated water management plan to hire Bothell-based Tetra Tech, an engineering consulting firm, which has completed 30% of its design.

Parrish and Mid-Columbia Fisheries Yakima Basin program director Rebecca Wassell celebrated earlier this month when Ecology selected the Little Naches Project for a $1.175 million streamflow restoration grant through a program authorized by the Legislature in 2018. That money will go to finding a contractor for the project, which received more grant funds than all but five of the 21 applicants. Ecology awarded a total of up to $22 million in 2020.

Even before the restoration begins, Parrish said the Little Naches already stands out as a popular place to fish for rainbow trout and large cutthroat trout.

Marvin said tribal members often travel to the watershed’s ceded lands for hunting and gathering, especially harvesting huckleberries. The Little Naches’ diverse offering of motorized trails, camping and hiking makes it the most popular area in the Okanogan-Wenatchee National Forest, according to Toretta.

Wood will be sourced locally using Douglas firs, grand fir, ponderosa pine and larches in the surrounding forest. Parrish said it’s not clear yet how the wood will be transported, and Toretta anticipates minimal closures or disruptions to nearby campsites.

“The harvest areas that were delineated for this project, they are kind of a small subset of a forest thinning project that we have finished the planning on,” Toretta said, noting the Little Naches watershed has been a high priority since about 2010. “We have a lot of other forest thinning that’s happening right now in this watershed that is generating a lot of benefits to local private mills but also to the Yakama Nation mills over in Toppenish.”

It’s all related to collaborative efforts by groups like the Little Naches Working Group. Marvin serves as the group’s chair of aquatic restoration. They’ve helped prioritize and coordinate several related projects, including the Huckleberry Project to thin the forest and the ”Wood Fiesta” that saw helicopters put 5,000 logs into 24 miles of Yakima River tributaries.

Marvin and Toretta acknowledged sometimes the biologists from various organizations don’t always agree on how to achieve their restoration goals. But through strong partnerships, Wassell said they continue to look for ways to enhance the watershed as the science evolves.

“We may not be the last generation to do work in this reach of the river,” Wassell said. “But we think that what we have designed here is really going to enhance habitat and floodplain connection.”