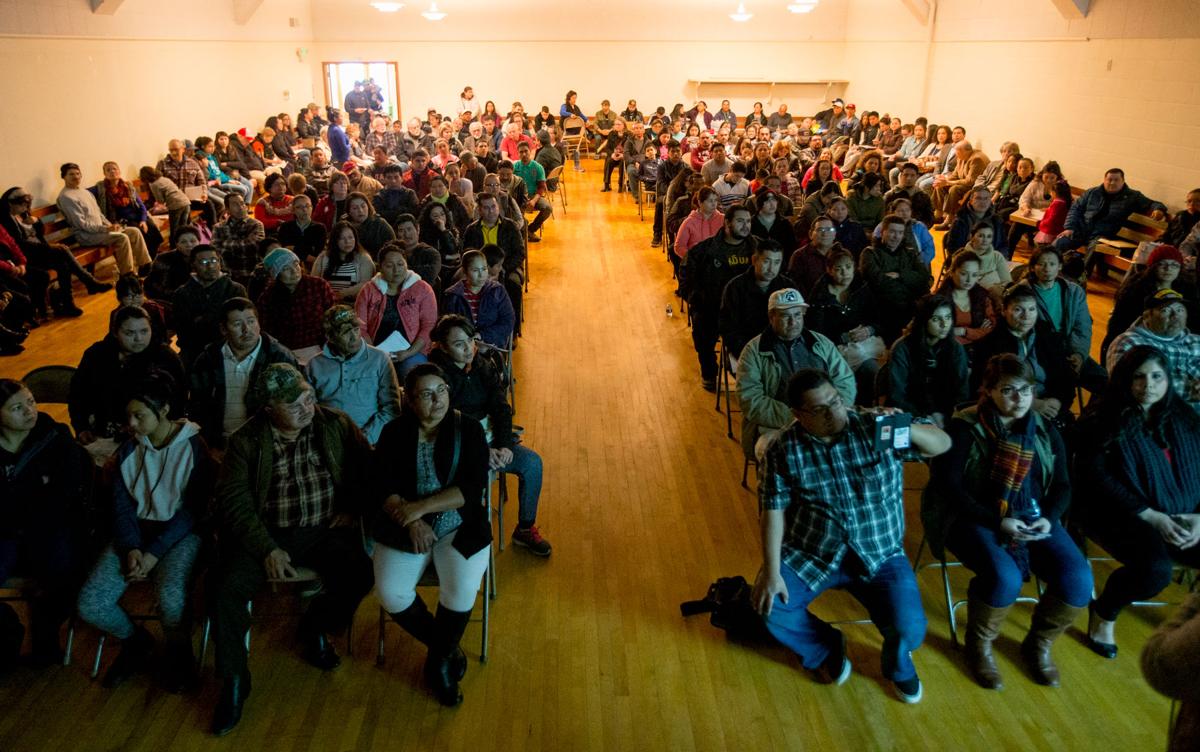 More than 200 people packed the Yakima Labor Union building in Yakima, Wash. on Sunday, Feb. 19, 2017 to learn about their rights and what to do if faced with deportation. (JAKE PARRISH/Yakima Herald-Republic) 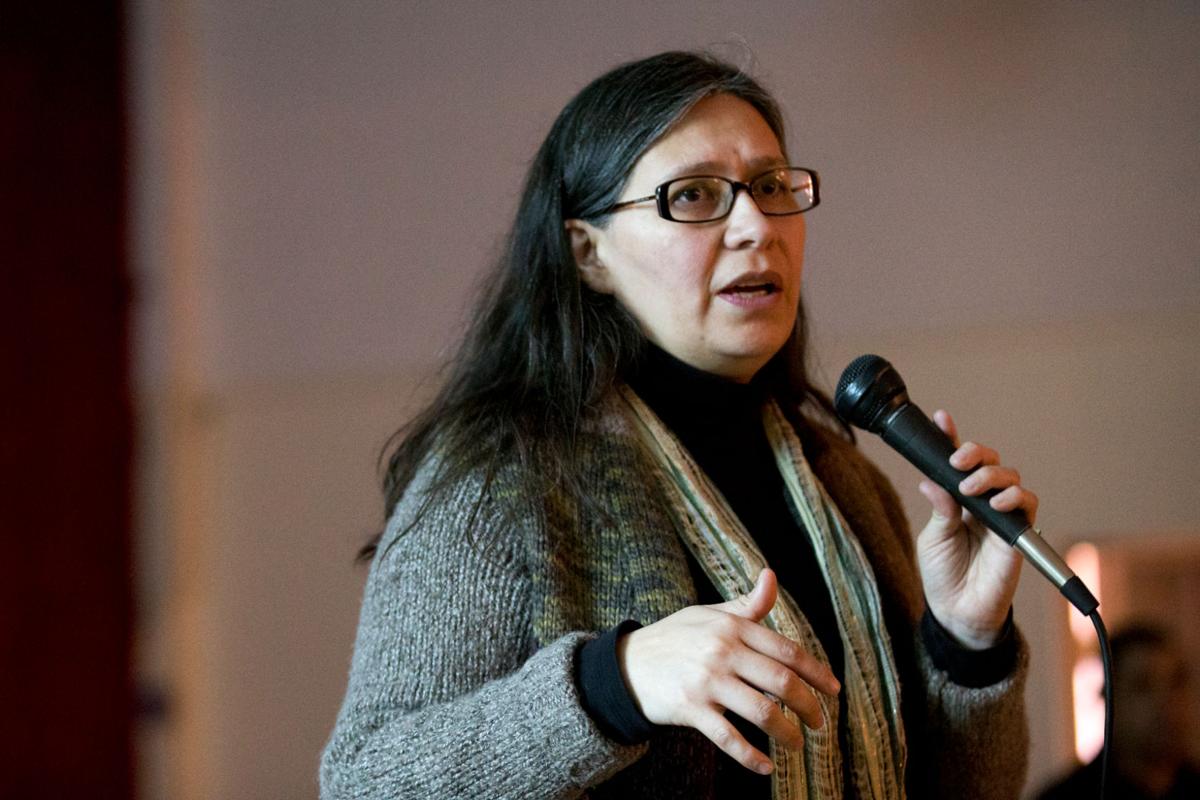 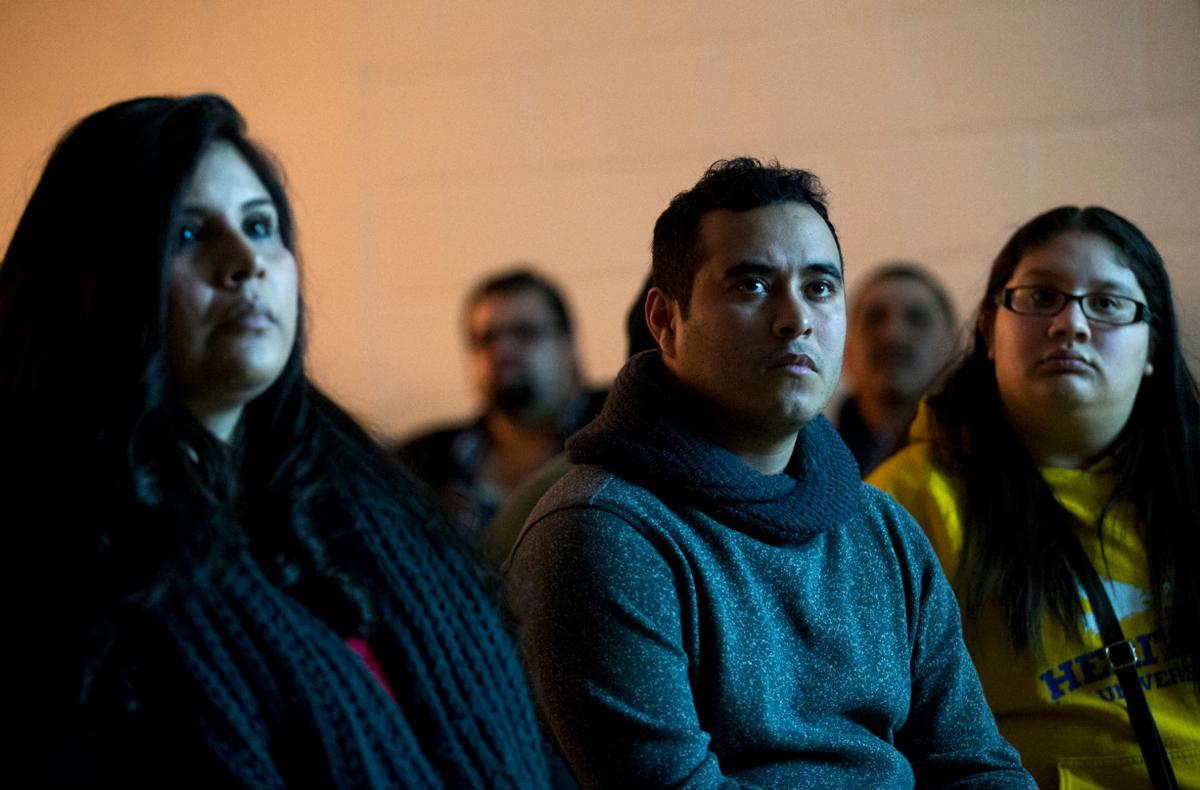 From left, Rocío Carrión, her fiancè Jair, and their friend Cecilia, who wished to not give their last names, listen to Marau Mora give a presentation on deportation defense training at the Yakima Labor Union Hall in Yakima, Wash. on Sunday, Feb. 19, 2017. (JAKE PARRISH/Yakima Herald-Republic)

More than 200 people packed the Yakima Labor Union building in Yakima, Wash. on Sunday, Feb. 19, 2017 to learn about their rights and what to do if faced with deportation. (JAKE PARRISH/Yakima Herald-Republic)

From left, Rocío Carrión, her fiancè Jair, and their friend Cecilia, who wished to not give their last names, listen to Marau Mora give a presentation on deportation defense training at the Yakima Labor Union Hall in Yakima, Wash. on Sunday, Feb. 19, 2017. (JAKE PARRISH/Yakima Herald-Republic)

YAKIMA, Wash. -- Although Elizabeth helped organize an event on Sunday that drew more than 200 people concerned about President Donald Trump’s efforts to remove undocumented people from the United States, she asked that her last name not be used in a news story.

She also declined to participate in a video interview.

During the three-hour-long Deport Defense Training that took place at the United Food and Commercial Worker Union on South Third Street, a speaker from Tacoma explained a plan for those who may face deportation.

Elizabeth said she wasn’t surprised by the size of the crowd given the rhetoric throughout Trump’s presidential campaign about building a bigger wall along the Mexican border and his executive order seeking stiffer enforcement of immigration laws at the local level.

“It’s a reflection of the community’s fear of our country right now,” she said. “People want to be informed. We have a plan to know what to do in case (deportation) happens.”

Organizers distributed packets of information regarding the rights of those facing deportation and how to respond when dealing with Immigration and Custom Enforcement officers.

Marau Mora, a Tacoma volunteer with the Northwest Detention Center Resistance, explained the information in detail to the crowd, referring to a PowerPoint presentation that illuminated on a large screen against one wall.

“The comments that we’ve been hearing all this morning are that as a community, a Latino community, we’re all basically very afraid — not just the undocumented community but those who are documented, U.S. citizens like myself. We are afraid we might be swept up in federal raids or ICE actions in the future.”

Davis High School student Jessica Rodriguez, who served as a translator for English speakers, said it’s important for undocumented people here to be armed with knowledge of their rights, and what they should do in case of a raid.

“We are giving packets on information about what you can do if being deported, who you can leave your kids with, what’s going to happen to your belongings,” said Rodriguez, 17. “I think everybody is just scared and they shouldn’t be. (Trump) doesn’t have as much power as he thinks he does.”

Another woman comfortable providing only her last name — Torres — said the Trump administration is her biggest fear right now.

“Here I have friends and family who are undocumented,” she said through Elizabeth, who translated her Spanish. “These people have contributed so much to this country. They worked in fields, warehouses, hotels. All this — they came to work and make this country a better place.”

Elizabeth said she’s majoring in criminal justice and expects to graduate in May. She aspires to go to law school and wants to become an attorney specializing in immigration law. But a looming threat of being deported makes it tough to maintain a focus on studies.

This story has been updated to correct the name of the meeting's location.

The post generated a number of emails, phone calls and visits from “concerned citizens and parents” that the school district described as “angry and concerning.”