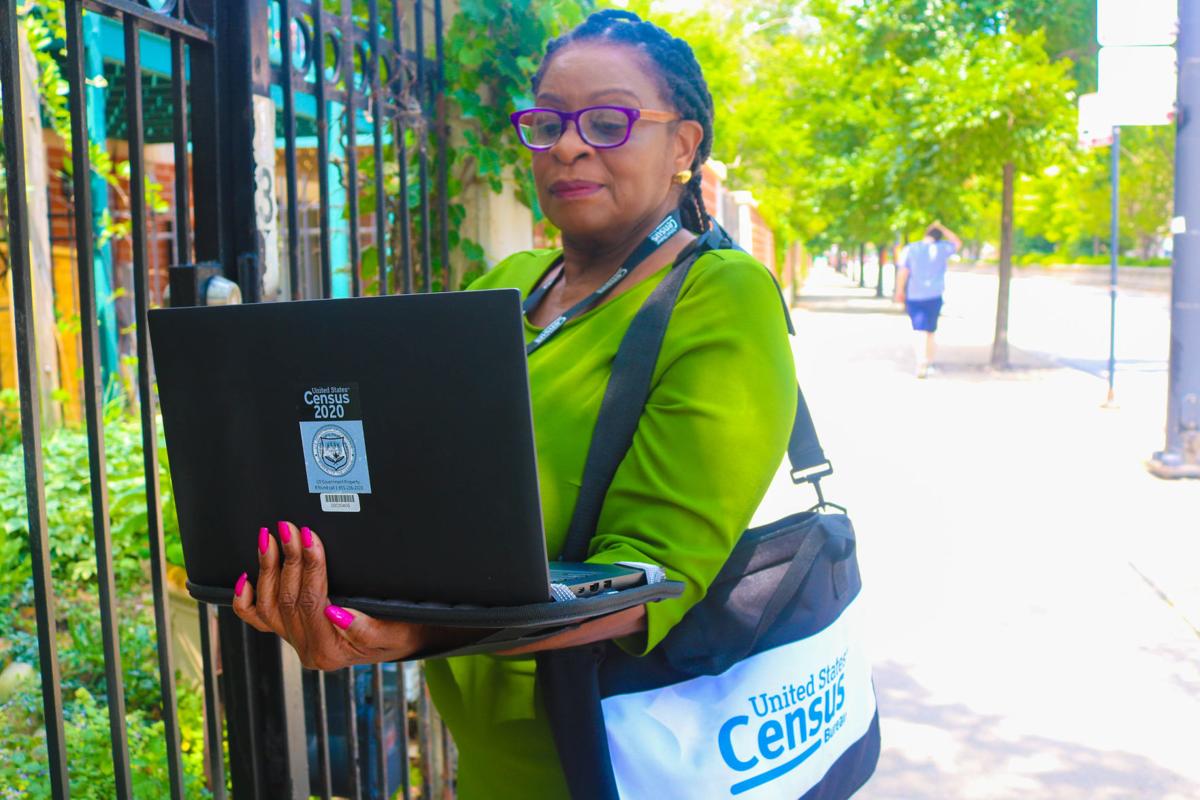 An example of a laptop with the census watermark that legitimate U.S. Census Bureau employees will carry with them during address canvassing. 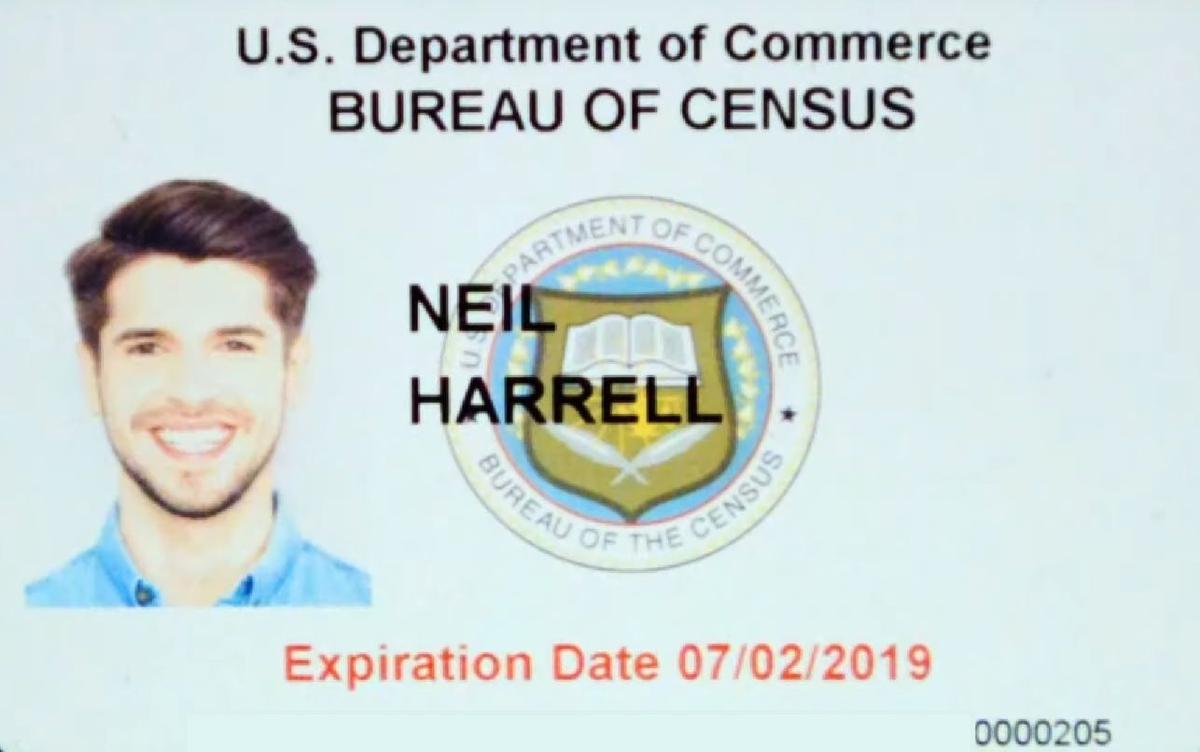 An example of the identification badge that U.S. Census Bureau employees will carry on them during address canvassing. 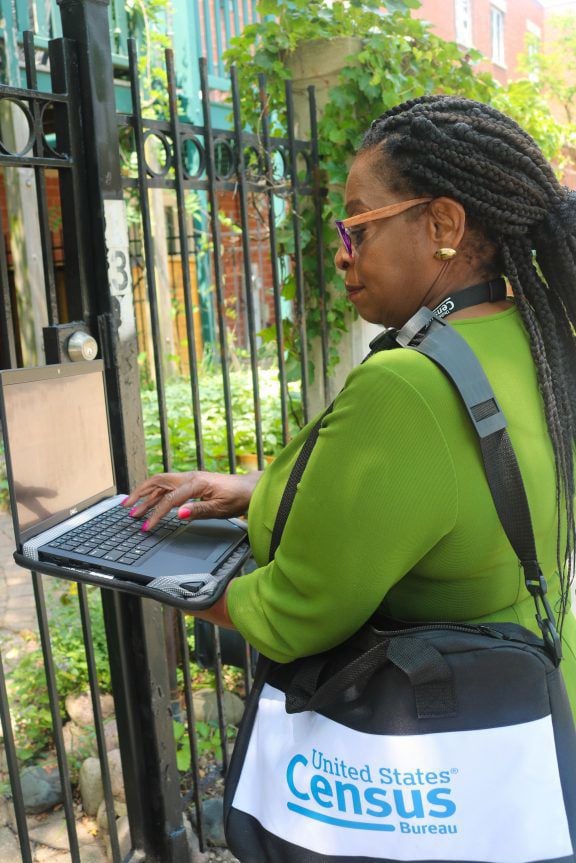 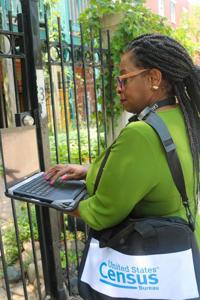 An example of the bag with the census logo that legitimate U.S. Census Bureau employees will carry on them during address canvassing.

An example of a laptop with the census watermark that legitimate U.S. Census Bureau employees will carry with them during address canvassing.

An example of the identification badge that U.S. Census Bureau employees will carry on them during address canvassing.

An example of the bag with the census logo that legitimate U.S. Census Bureau employees will carry on them during address canvassing.

Yakima residents may soon encounter U.S. Census Bureau employees knocking on their doors as part of a national effort to ensure a complete count in 2020.

The Census Bureau recently kicked off address canvassing efforts, a process by which census workers confirm the location of houses, apartments, shelters and other lodging to ensure census lists are complete and accurate.

“The Census Bureau is dedicated to ensuring that we are on track and ready to accomplish the mission of the 2020 census,” said Census Bureau Director Steven Dillingham.

The topic of the 2020 census has caused uncertainty and fear for some in Yakima County given a controversial citizenship question that the Trump administration planned to include on the form, according to several local nonprofits that work with immigrant communities. Possible inclusion of the question raised concerns from officials that Yakima County would experience an “undercount” in the number of people living in the city and county.

The Supreme Court decided in June to block the citizenship question, a positive development for Yakima’s immigrant populations, said Dori Peralta Baker, a member of the core group for the Yakama-Yakima el Censo 2020 coalition.

“With the citizenship question deleted from the census form, our immigrant population will be more receptive to responding to Census information,” Baker said.

But she added it’s important to help spread the word about legitimate census activities.

“Now that canvassing has begun in Yakima County, it is important to let residents know that they will be coming into their neighborhoods,” she said.

For those who have remaining doubts about whether those approaching them for information are, in fact, legitimate Census Bureau workers, Baker said the Washington Census Alliance has a three-fold mantra:

They wear a badge with their picture and name on it.

They have a laptop with the census watermark on it.

And they have a bag with a large census logo on the front.

Veronica Meter, a spokeswoman for the U.S. Census Bureau, said information gathered during canvassing is used to develop the Census Bureau’s address list.

Residences selected for verification will be contacted by a census worker, who will ask a few simple questions to verify the address and any additional living quarters on the property.

It’s a separate process from enumeration, or counting every person living within those residences, which will start in March, Meter said, when invitations to respond to the Census will be mailed to households on the canvassing list.

Toby Nelson, a spokesman for the Bureau, estimated that workers will canvass about 1.5 million homes in Washington state in preparation for the 2020 census.

As of Aug. 26, about 55 percent of those homes already had been canvassed. Nelson estimated efforts will continue through October. The way that canvassing is organized precluded Nelson from saying exactly how many homes in Yakima County might be visited during that time period.

The Yakama-Yakima el Censo 2020 Coalition, a network of local community organizations, has been meeting since spring to help ensure a complete count.

Baker said the coalition recently met with the League of Women Voters, whose members expressed interest in education efforts.

“A member of the League of Women Voters mentioned that a census taker had come to her door and was courteous, showed proper ID and she was able to provide the information needed,” Baker noted. “She and her husband live in a relatively new housing area.”

Baker said census canvassing in Yakima County has focused on new housing and growth in urban areas, with efforts largely in West Yakima and Terrace Heights, both of which have seen heavier new developments.

The cities of Moxee, Granger and Grandview also have seen canvassing efforts due to growth of industry and an influx of families, Baker said.

Baker said the coalition wants to ensure that no language barriers exist to keep people from filling out the forms properly. The group is in the process of recruiting a Latinx, Asian Pacific Islander, and Yakama native to serve as community outreach coordinators.

“The coalition is cognizant of the diversity in the Valley,” she said. “Our outreach to community-based organizations dictates that we cross language and cultural barriers for success in having a complete count.”

The importance of a complete count

Participation in the 2020 census will shape the distribution of more than $675 billion of federal funding, determine how many seats Washington will be apportioned in Congress, and provides data for redrawing legislative districts, Nelson said.

“In addition, governments and businesses use census results to plan new investments, services and jobs,” he said.

Washington state received $14 billion of federal funding from the 2010 census, which went to services such as Medicaid, the Supplemental Nutrition Assistance Program, Section 8 Housing choice vouchers, highways and more.

Faviola Lopez, the director of community engagement for Planned Parenthood, said at a May coalition presentation that educating people about how much each individual count earns for county services helps encourage participation.

Individuals concerned about whether census workers are legitimate can call 800-923-8282 to confirm the workers’ identities. More information also is available at https://www.census.gov/library/video/2019/address-canvassing-for-2020-census.html.

Commuters, telecommuters changing the face of work in Central Washington

Eliticia Sánchez has commuted from the Lower Valley to West Valley for work since 1997. She didn’t see a lot of traffic in the early years and…