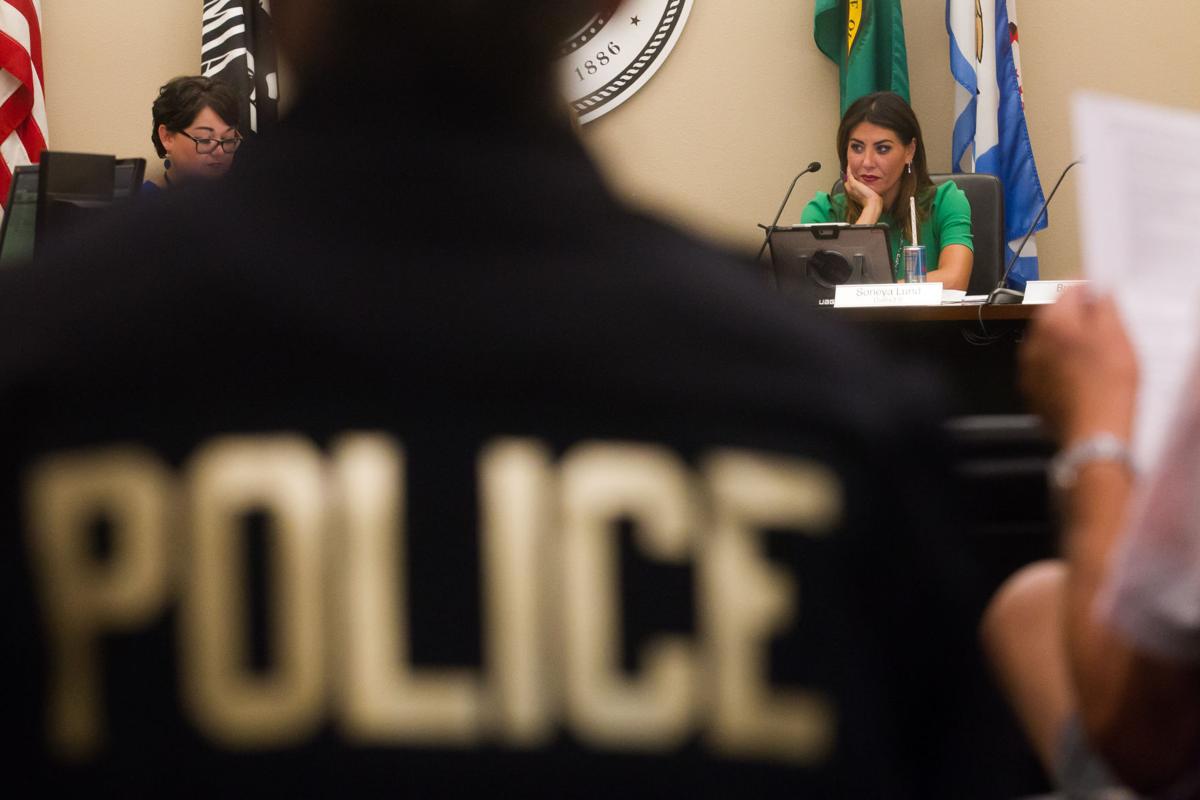 FILE — Councilmember Soneya Lund is seen right during a Yakima City Council meeting Tuesday, July 20, 2021, at City Hall in Yakima, Wash., as a Yakima police officer sits in the gallery. 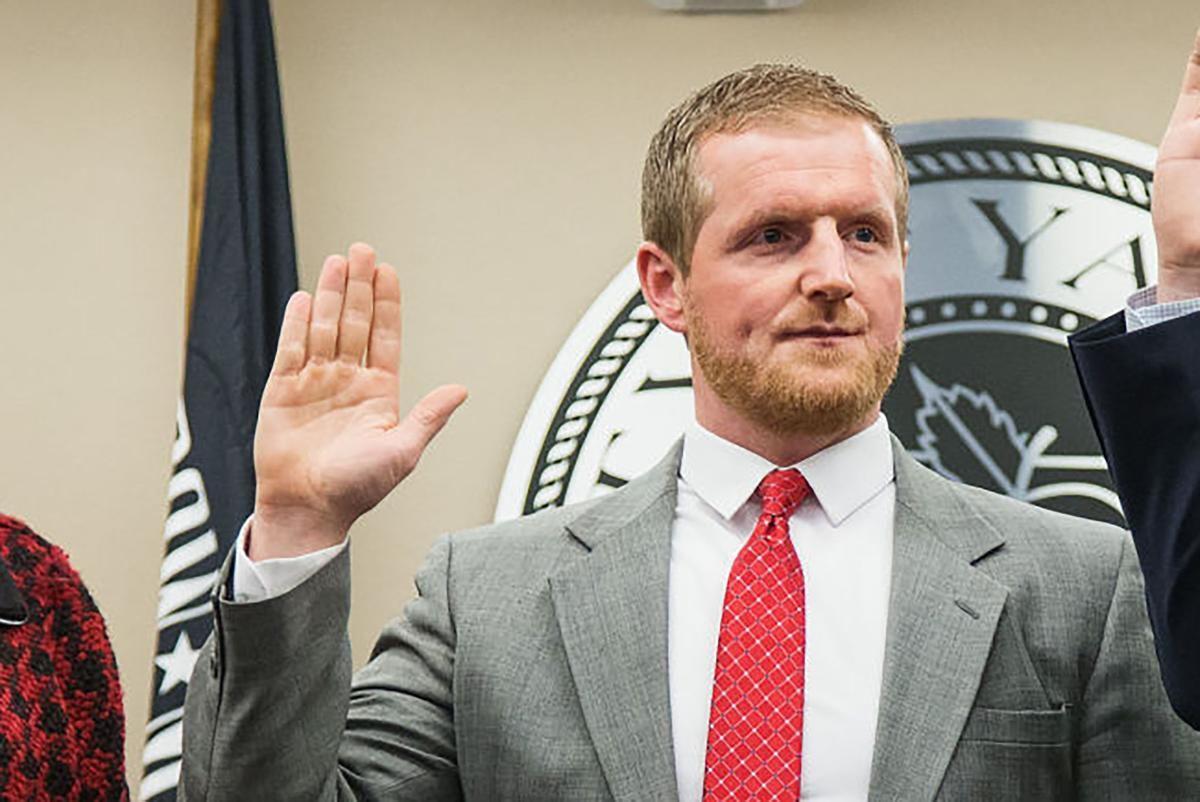 FILE — Jason White is sworn in as a member of the Yakima City Council at Yakima City Hall on Jan. 2, 2018. 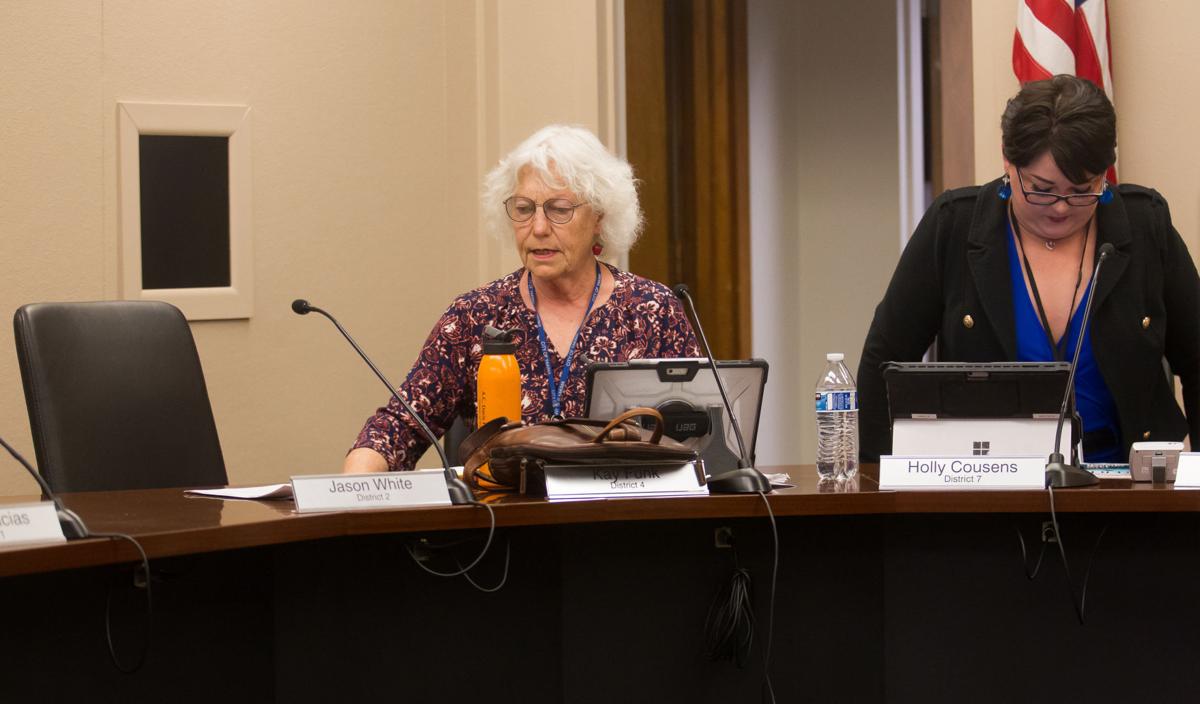 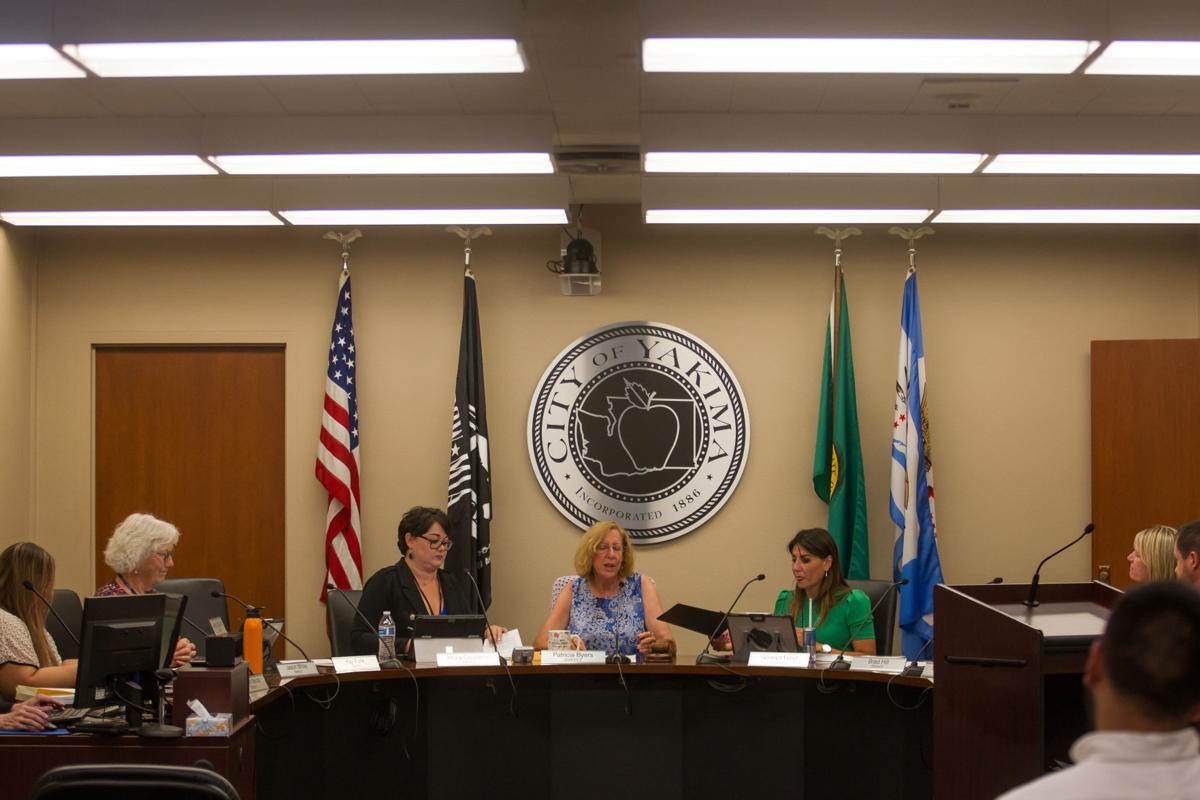 FILE — Councilmember Soneya Lund is seen right during a Yakima City Council meeting Tuesday, July 20, 2021, at City Hall in Yakima, Wash., as a Yakima police officer sits in the gallery.

FILE — Jason White is sworn in as a member of the Yakima City Council at Yakima City Hall on Jan. 2, 2018.

The order, granted Monday by Judge Kevin Roy, is designed to protect Councilmember Soneya Lund, who said she sought it after being confronted at her business by a man she believes White sent to intimidate her. According to a statement Lund sent local media, the man approached her in the parking lot after she left work and said, “Jason sent me. You need to be put in your place.”

White denied any knowledge of the incident.

“I think she’s completely fabricating it,” he said.

Lund, though, said intimidating women has become a pattern for White, who has generated controversy throughout his council tenure for, among other things, posting disparaging social media remarks about LGBTQ people, using his Facebook account to cheer on the Jan. 6 attack on the U.S. Capitol, and refusing to attend meetings for more than a year before reappearing earlier this month.

The council censured him last April over the LGBTQ posts, with Lund among the 5-2 majority in favor of the motion. At the end of the July 6 meeting, the first in which White has participated since June 2020, White tried to turn the tables, directing a series of unsubstantiated personal attacks and accusations at Lund and moving to censure her.

“I think the proceedings need to begin forward on the censure of Councilmember Lund based on several different issues,” White said. “I have audio recordings. There is video evidence of these, and there’s also witnesses of all of these accusations I’ll call them right now. ...”

Lund objected on the basis that White was making a personal attack not related to city business. White’s motion died for lack of a second. White would not elaborate on the charges in a phone interview Tuesday, saying all the evidence is available as public records or on his Facebook page.

Even after the meeting, Lund was not planning to take any sort of legal action against White, she said.

“When Councilmember White attacked me in a public meeting, cheered on by friends on his Facebook Live feed, with misinformation and tangled facts, I refused to engage,” she wrote in a statement.

But the confrontation outside her place of business — Lund owns several salons — changed that. It scared her, as she believes White intended. Normally, Lund said, her success and relative privilege in this community make her feel “like I’m 7 feet tall and invincible.”

Lund does not believe White’s denial of involvement in the incident.

White said he didn’t plan to further address Lund or his accusations against her at Tuesday’s meeting. Asked whether he planned to say anything at all, he said, “Not really; just handle the business at hand.”

“City Council Commie meeting tonight at City Hall, 5:30,” he posted. “I will be attending by phone due to the unfounded temporary protection order by Councilwomen (sic) Lund. They really don’t like people showing up to the meetings and holding them accountable for their actions.”

White attended Tuesday’s meeting by phone, livestreaming himself on his Facebook page. He asked people not to harass Lund.

The protection order is good for two weeks after which Lund can ask for it to be renewed. That requires a hearing, at which White will be able to plead his case in front of a judge.

White’s term on the council ends at the end of this year. He is not seeking reelection.