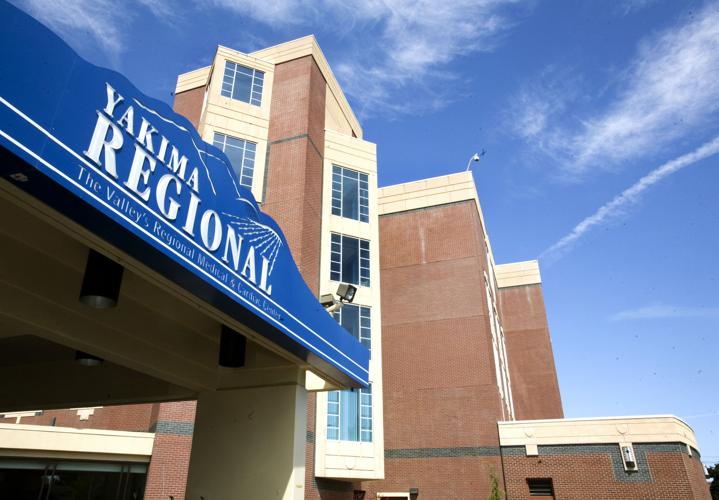 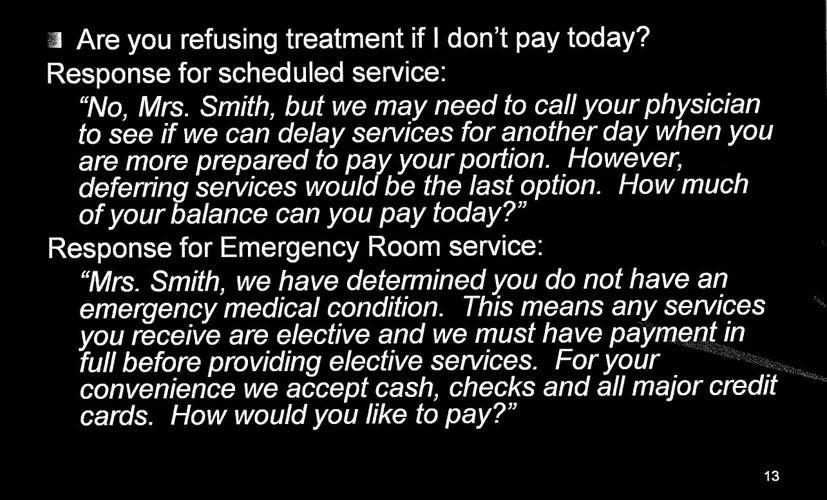 YAKIMA, Wash. — In yet another blow to Yakima Regional Medical and Cardiac Center in a lawsuit over its charity care practices, a judge has ruled the hospital violated the state Consumer Protection Act by failing to provide adequate financial help to low-income patients.

Besides reaffirming the position of the patients represented in the class action, the Consumer Protection Act violation means Regional and Toppenish Medical Center and their corporate owner could be required to pay up to triple damages, up to $25,000, for each of those patients. It was not immediately clear Monday morning how many patients the case could involve.

“Clearly the actions of Defendants (the hospitals) were deceptive acts or practices,” Superior Court Judge Susan L. Hahn wrote in her ruling, released to the attorneys in the case last Thursday.

The lawsuit against Regional, Toppenish and their Florida-based parent company Health Management Associates (now owned by Tennessee-based Community Health Systems) was filed in 2013. In December, the judge ruled in favor of the patients on an earlier motion, finding that the hospitals violated the state Charity Care Act by not informing patients of charity care options or screening them for financial need when they first arrived at the hospital, as the law requires.

Instead, documents revealed, the hospitals aggressively sought payment from indigent patients who would have qualified for full or partial charity care, requiring deposits before medical services were provided and even sending them to collections for unpaid bills.

“... it is likely some indigent patients were unable to pay these deposits and as a result denied access to qualified medical services,” Hahn wrote in her ruling.

The judge had also previously found that the hospitals’ failure to screen patients for charity care was a breach of contract, since its demand for payment was based on incorrect assessments of the patients’ eligibility for charity care.

"What I do want to emphasize is our hospital now uses new charity care policies approved by the Washington State Department of Health, policies that we adopted following our affiliation with CHS in January 2014," administrative director of operations Darrin Cook wrote in a statement.

By fully establishing the hospitals’ liability in the case, this latest ruling also affects how damages will be sought for patients included in the suit. Where Regional’s owner has argued that damages should be determined individually for each person, lawyers for the patients want to determine the figure as an aggregate total.

“The state Supreme Court has said, once liability is found, then you can do damages on an aggregate basis,” lead attorney Ele Hamburger said. “It puts us in a strong position to argue that there shouldn’t be thousands of jury trials on damages.”

The aforementioned state Supreme Court case “makes a particular point that to do an individualized process would defeat the purpose of the class action, and it would let the wrongdoer benefit because they avoid payment for people who don’t show up or who can’t handle the claims process,” she said.

If the judge declares that damages should be calculated in the aggregate, then after a trial establishes the full amount, members of the suit will receive a letter informing them how to submit their claims to receive their share of the money.

The triple-damages piece of the Consumer Protection Act ruling only applies backward four years, so not every patient would be eligible for it, Hamburger said.

This ruling could prove a boost to a similar case against Northwest Hospital in Seattle, brought by Columbia Legal Services in June, alleging the hospital there failed to screen emergency room patients for charity care and refused to allow patients to apply for charity care after bills had been sent out.

NOTE: If you have received notice of possible inclusion in the class action, after receiving services at Yakima Regional Medical and Cardiac Center or Toppenish Community Hospital between October 2007 and September 2014, contact the Sirianni Youtz Spoonemore Hamburger law firm at 206-223-0303 to update your contact information if you have moved or changed your address.

YAKIMA, Wash. -- Yakima Regional Medical and Cardiac Center and its parent company have agreed to a $4.5 million settlement in a class action …