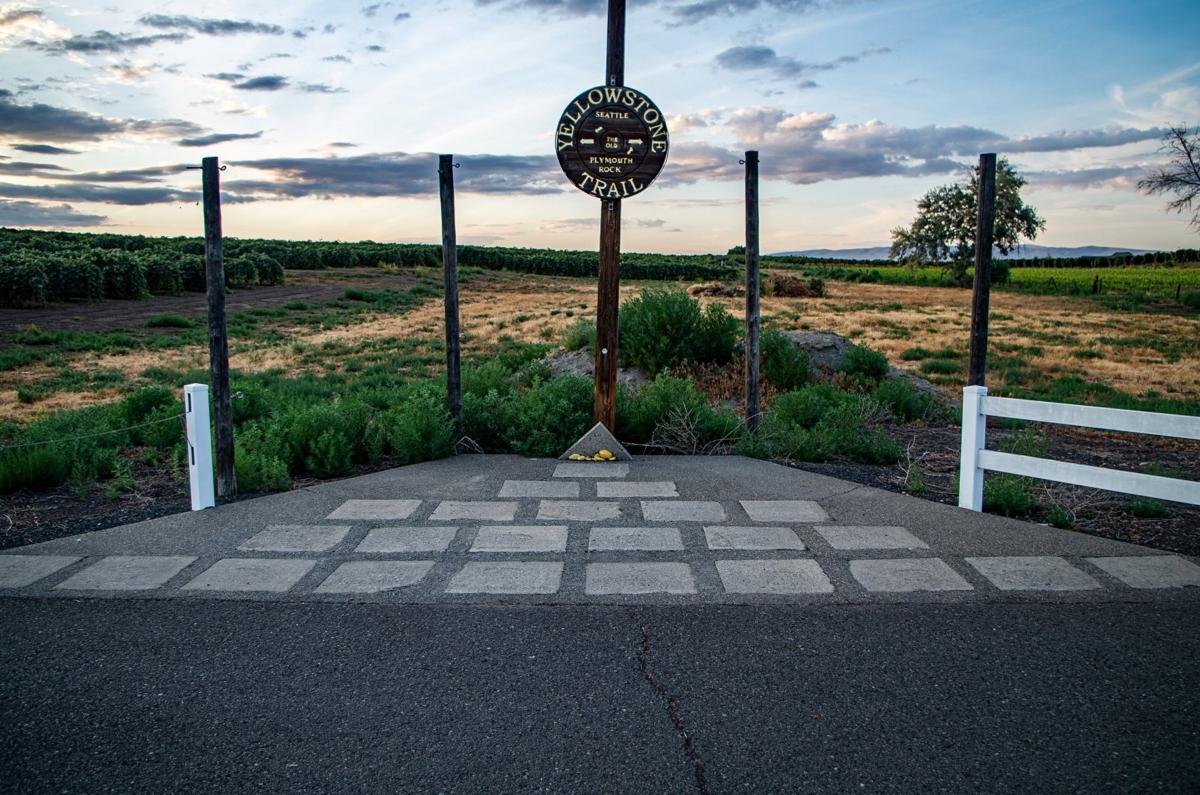 A monument commemorating the stretch of the Yellowstone Trail that went on Grandview Pavement Road includes pieces of the original concrete pavement. 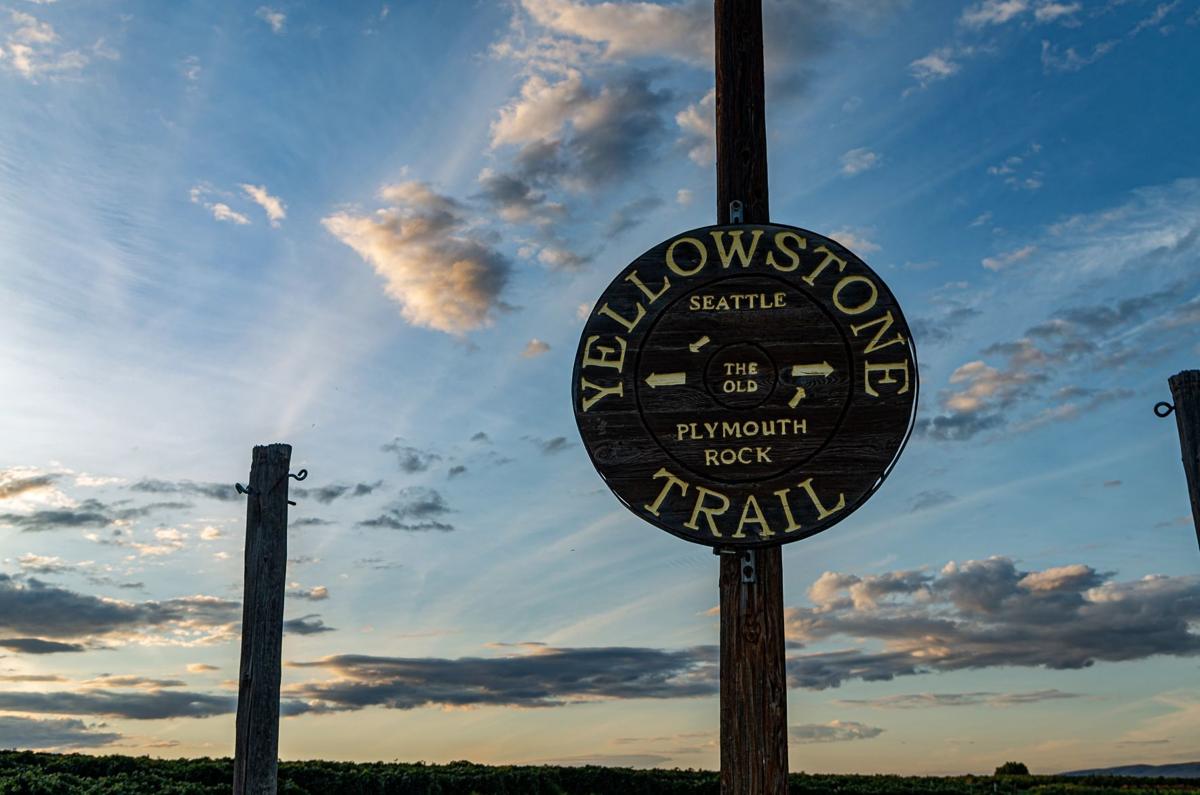 A monument commemorating the stretch of the Yellowstone Trail that went on Grandview Pavement Road includes pieces of the original concrete pavement.

It’s probably safe to say that for a good number of us there’s always been an interstate highway system.

But that has not always been the case.

Railroads were, for years, seen as the easiest way to move around regionally or even across the country. Driving cross country used to mean navigating a network of state and local roads, many of which were of dubious quality, to get from point A to point B.

But unlike today’s road projects, the Yellowstone Trail, which eventually ran from Seattle to Plymouth, Mass., was not a massive government undertaking. Rather, it was a private venture that developed over time.

And it ran right through Yakima County, where a few visible reminders can be found.

Joseph W. Parmley, an Ipswich, S.D., businessman, is credited as the creator of the Yellowstone Trail. Like Washington’s Sam Hill, Parmley was an advocate for creating better roads to accommodate the automobiles that were replacing horse-drawn wagons and carriages.

Parmley and a group of like-minded business owners initially conceived of a 25-mile road from Ipswich to Aberdeen, S.D., in 1912. But the plan started growing until it included stretching the road across the Dakotas to Yellowstone National Park in northwest Wyoming, which was then, as it is now, a leading tourist attraction.

It was that concept that led them to dub the project the Yellowstone Trail.

But they didn’t stop there. Eventually, the plan was to connect Puget Sound to the Atlantic Ocean by road across the northern tier of the United States.

Yellowstone Trail remained a private project, and the Yellowstone Trail Association that Parmley formed never actually built any roads. Instead, the members merely mapped the route and got the people in local communities to keep the road graded or paved and passable.

Business people, seeing the virtue of having a tourist thoroughfare come through their communities, joined the association to help promote their interests as well as the road.

The route was marked with yellow stones or the trail’s yellow sign with an arrow. Like today’s AAA, the association produced maps showing the route and advising motorists on road conditions.

The association encouraged trail days, when townspeople along the route would come together to grade the road, fill in ruts and keep it passable.

Yellowstone Trail’s first stage ran from Minneapolis, the association’s headquarters, to Gardiner, Mont., where Yellowstone’s only year-round entrance is located. By 1915, it stretched from western Idaho to Chicago.

In Central Washington, it passed through Snoqualmie Pass to Cle Elum and east to Virden, where it split in two. One branch went through Wenatchee, while the other went through Ellensburg to the Tri-Cities and Walla Walla before rejoining the northern leg in Spokane.

Wenas Road was the original route into Yakima County until the Yakima River Canyon Scenic Byway was completed in 1924, and the trail shifted to that.

In Yakima, it went down First Street through Union Gap to Parker, crossing Parker Bridge Road to the Yakima Valley Highway. In the Lower Valley, it ran in stretches on concrete pavement.

In 1926, the trail’s days became numbered when the American Association of State Highway Officials began establishing and numbering interstate routes, as evidenced by numbered roads, such as U.S. Highway 97, in order to create a more uniform network of roadways.

And as the Great Depression hit, businesses could no longer afford to join the association.

In Yakima County, portions of the trail are marked in Zillah, Granger and Grandview with signs. In Grandview, the marker also includes pieces of the road’s original concrete pavement.

The route is still drivable, and those who want to follow it can find maps at www.yellowstonetrail.org.

It Happened here is a weekly history column by Yakima Herald-Republic reporter Donald W. Meyers. He can be reached at dmeyers@yakimaherald.com or on Twitter: donaldwmeyers, or https://www.facebook.com/donaldwmeyersjournalist/