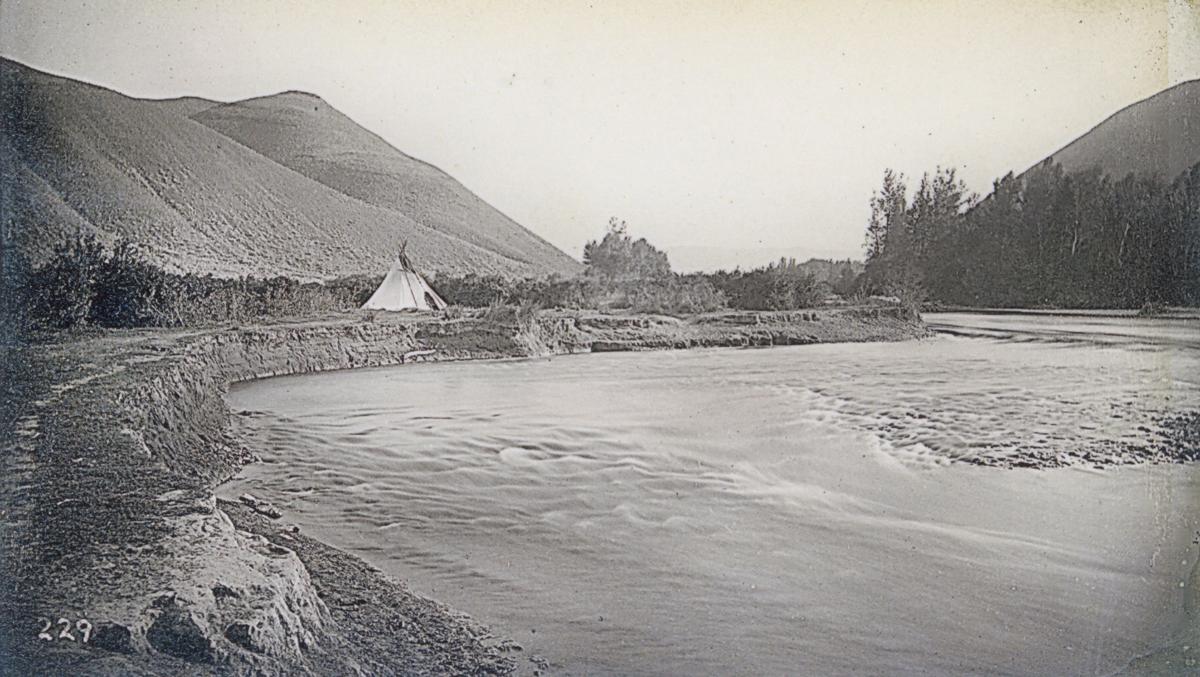 In this photo taken in the 1880's, a tent is seen along the Yakima River in the same area where the U.S. Army camped before the 1855 Battle of Pah Ot I Cute—Two Buttes during the Yakima War. (Photo by Edward J. Partridge, courtesy of Yakima Valley Museum) 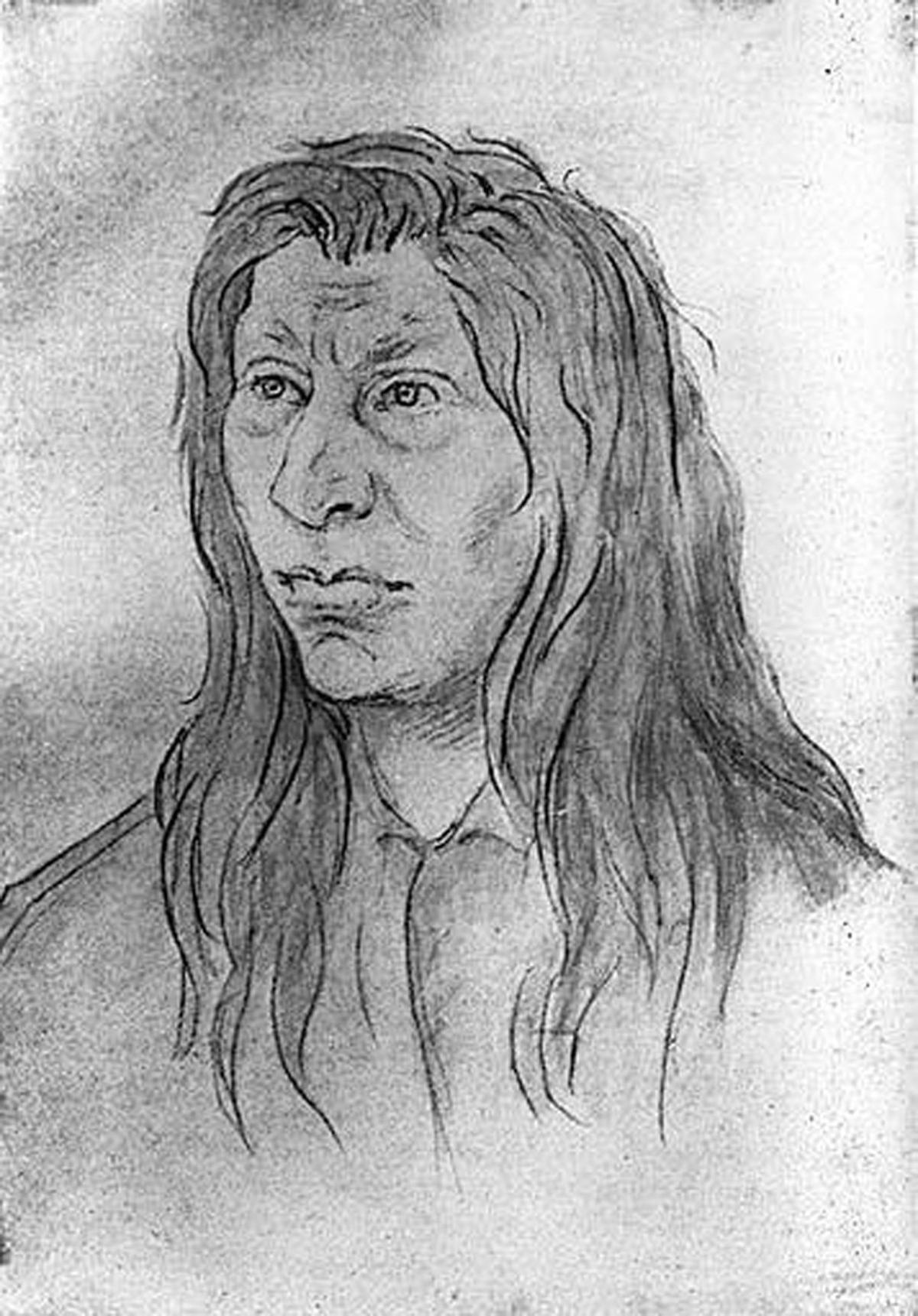 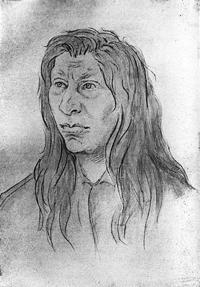 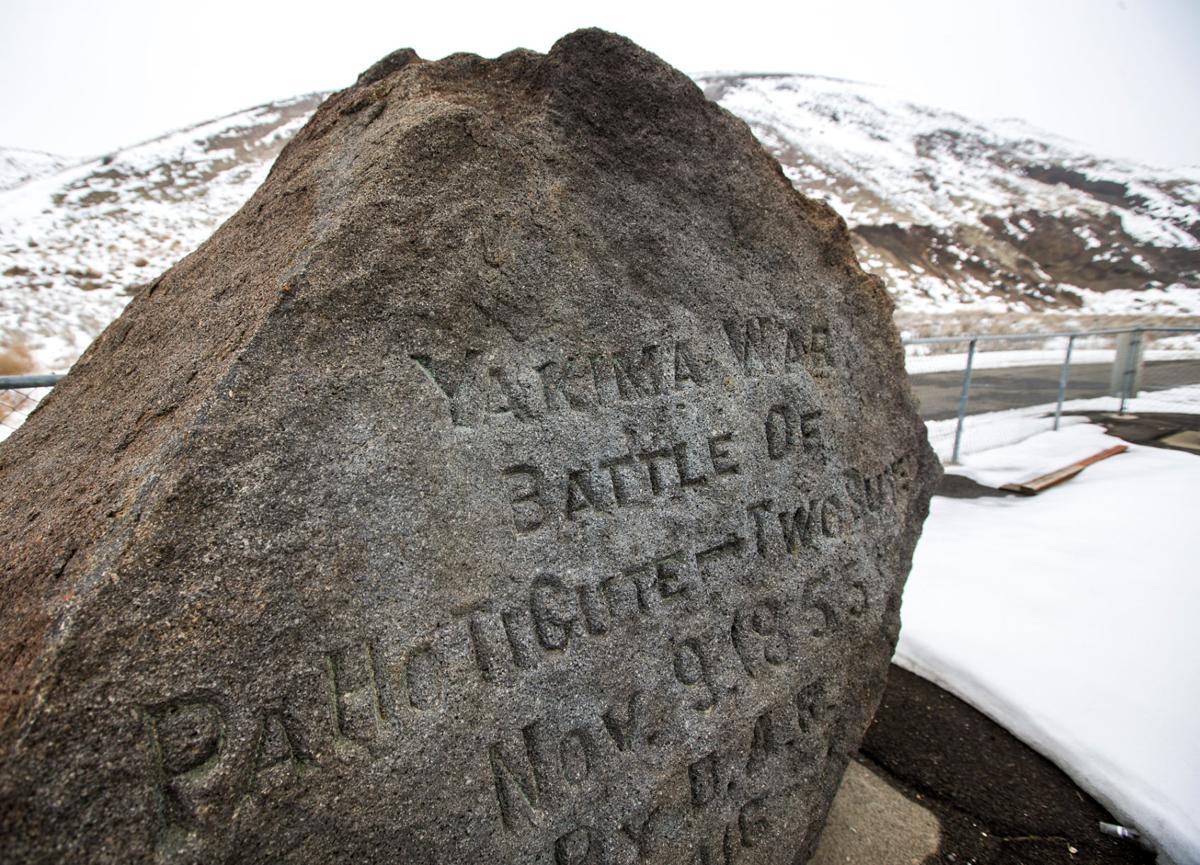 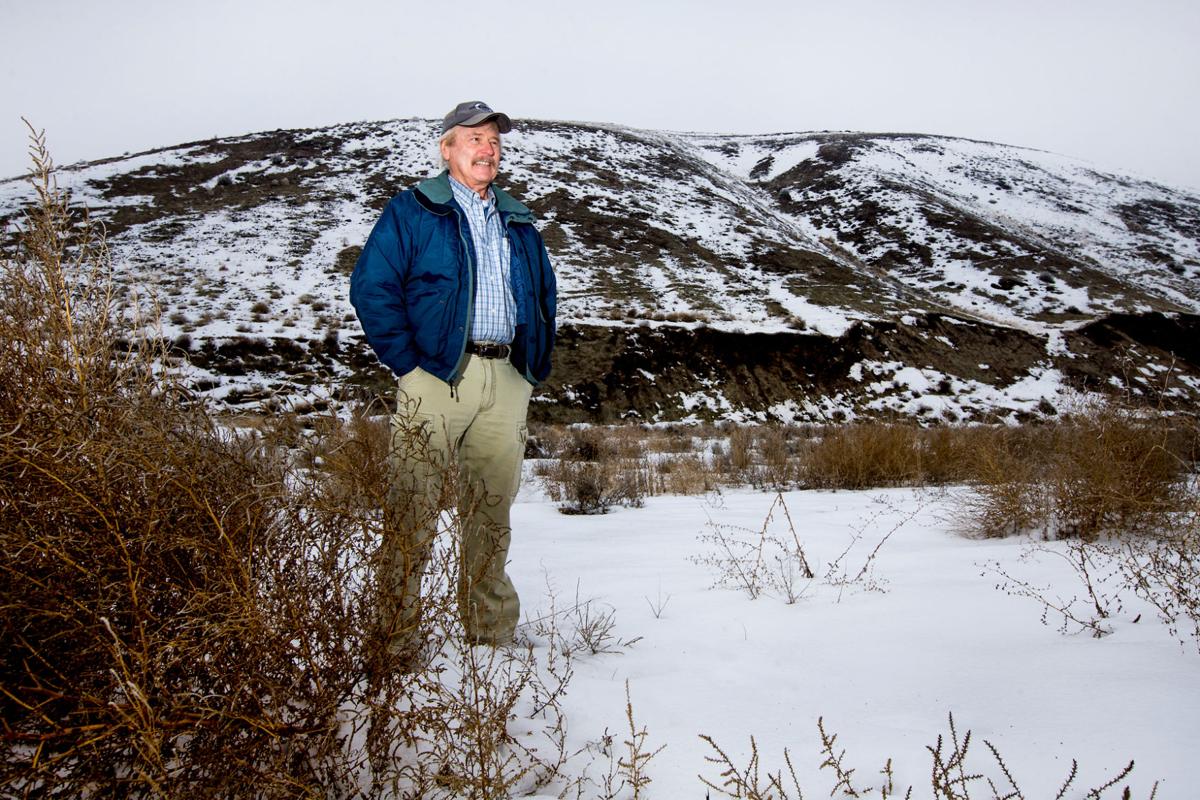 Local author and historian Jo Miles is photographed on Wednesday, Jan. 25, 2017 where the U.S. Army camped at before the Battle of Pah Ot I Cute—Two Buttes during the Yakima War. Eight hundred soldiers camped in the flat area along the Yakima River in Wapato in November 1855. (JAKE PARRISH/Yakima Herald-Republic) 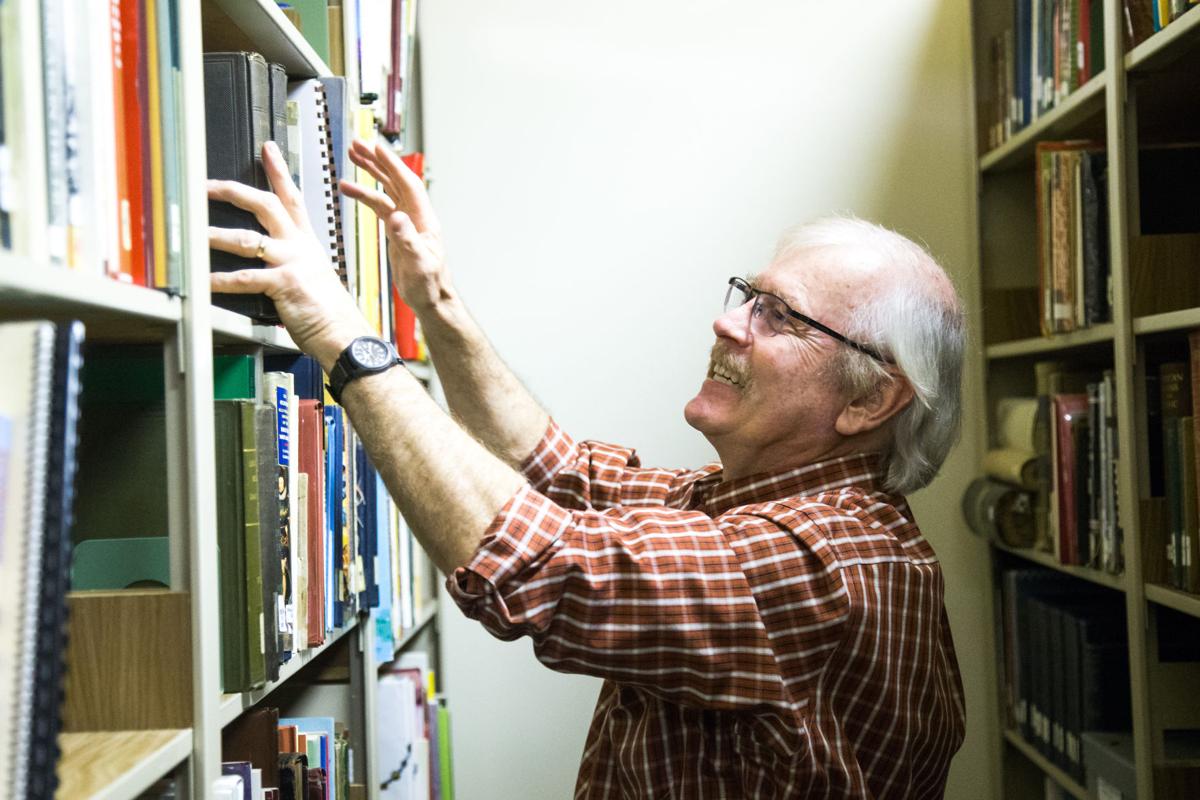 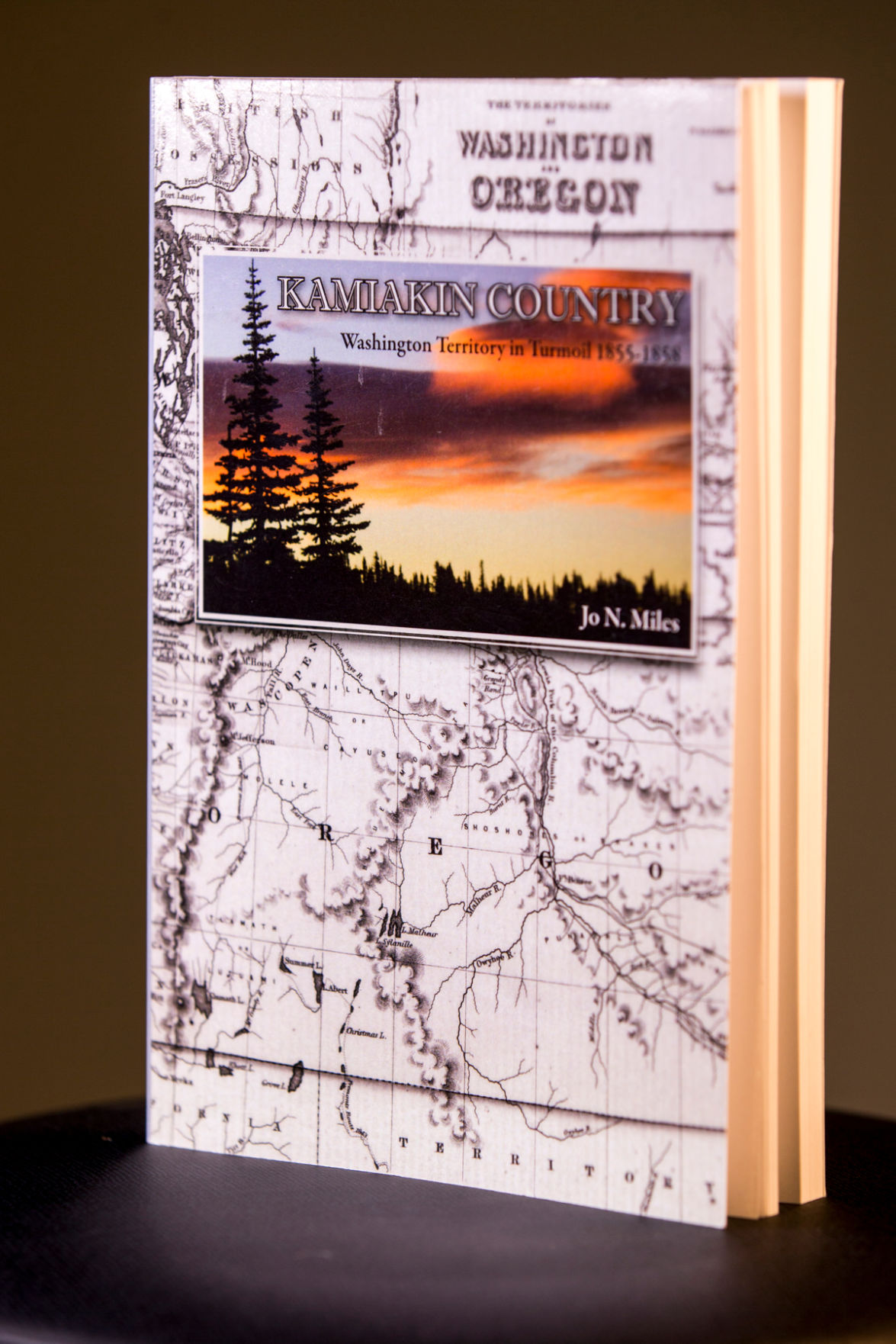 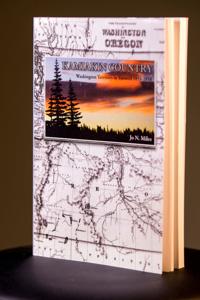 In this photo taken in the 1880's, a tent is seen along the Yakima River in the same area where the U.S. Army camped before the 1855 Battle of Pah Ot I Cute—Two Buttes during the Yakima War. (Photo by Edward J. Partridge, courtesy of Yakima Valley Museum)

Local author and historian Jo Miles is photographed on Wednesday, Jan. 25, 2017 where the U.S. Army camped at before the Battle of Pah Ot I Cute—Two Buttes during the Yakima War. Eight hundred soldiers camped in the flat area along the Yakima River in Wapato in November 1855. (JAKE PARRISH/Yakima Herald-Republic)

YAKIMA, Wash. -- One hundred sixty-two years ago this week on June 9, U.S. government officials and 14 Native American leaders gathered in Walla Walla to sign a document that to this day continues to affect people in the Yakima Valley.

Known as the Treaty of 1855, the agreement confederated 14 tribes and bands into the Yakama Nation, but took away most of the land they and their ancestors had lived on for thousands of years. But the document also promised the Yakamas would have exclusive use of the 1.3-million-acre reservation — spanning from the eastern slopes of Mount Adams eastward to Granger, and stretching from just below Union Gap south to near Goldendale — with the authority to govern itself.

Prior to the treaty, the lands occupied by the tribes that formed the Yakama Nation ran from the Canadian border to south of the Columbia River, covering about a quarter of present-day Washington state.

In 1853, white people began encroaching on the Indian lands. Capt. George McClellan, who would later go on to command Union forces at the Battle of Antietam, came into the Valley to survey a route for a railroad. McClellan assured Kamiakin, leader of the Yakama band at Ahtanum Creek, that they were only bringing the railroad through and that there was no intention for people to settle in the area.

But Kamiakin was skeptical — and it turns out he had good reason to be. Isaac Stevens, the territorial governor, believed that eliminating the tribes’ claim to the land would benefit not just the railroad but also future development of the territory.

After hearing rumors of a potential offer to buy their lands — or take it if they refused to sell — Kamiakin convened a council with other tribal leaders on the Grand Ronde River, where they agreed that they would refuse to sell any of their lands. They also would insist that each tribe’s territory become its own reservation.

Envoys from Stevens finally arrived in the Valley in May 1855 with an offer to purchase all of the tribal lands, and giving back a portion as a permanent reservation. Kamiakin said if Stevens wanted a treaty he had to personally meet with the tribes in the Walla Walla Valley.

He also refused the gifts of cloth and tobacco the envoys offered, later explaining that he thought the white men would claim that the gifts were payment for the land.

When the treaty council was convened later that month near Mill Creek, more than 1,000 Indians attended, but Kamiakin’s united front started breaking apart. Nez Perce leaders withdrew, saying they would pursue their own strategy.

During the negotiations, Stevens offered Kamiakin $500 a year for the next 20 years as leader if he would support the treaty, but he continued to balk. Finally, on June 9, Kamiakin threatened to walk out and Stevens made his last-ditch effort to get him on board.

Some say Stevens was just persuasive and was able to convince Kamiakin to sign, while the man who interpreted for Kamiakin recalled that Stevens warned the Yakama leader if he and the other chiefs did not sign the document, “they would walk knee-deep in blood.”

The chiefs agreed to sign, Kamiakin reluctantly putting his X on the document last while biting his lip until it bled.

Not only did the treaty cede more than 11 million acres of traditional tribal land to the federal government, but also reserved tribal members’ rights to fish and gather food in those ceded areas.

Under the treaty, the government would pay $200,000 — $5.4 million in today’s money — for the land, which would be paid out in annuities “for the use and benefit of the Indians.” It also called for the establishment of trade schools and required the tribes to pledge their loyalty to the United States and renounce war.

Less than two weeks after the treaty had been signed, Gov. Stevens opened much of the ceded land to white settlers despite his promise to wait two years to give the tribes time to settle on newly formed reservations. The move angered Kamiakin, leader of the confederation, and clashes erupted into an uprising known as the Yakama War.

While Kamiakin’s forces had an initial victory at Toppenish Creek, repulsing U.S. troops, the federal soldiers eventually quashed the resistance as other Yakama leaders agreed to surrender.

Kamiakin left the area, and refused an offer of amnesty if he would come back and bring order to the reservation. He told the Yakama Indian agent that he refused to recognize the treaty.

Today, the tribe is governed by a 14-member tribal council — symbolic of the original tribes and bands.

Most recently, the tribal courts received authority to handle additional criminal and civil court cases in tribal courts, a move tribal leaders said comes closer to restoring the promises of sovereignty granted in the treaty.

“In 1855, our past leaders were promised powers over our lands by the federal government,” Tribal Chairman JoDe Goudy said in a statement. “These promises were broken time and time again. It is a significant day in the lives of the Yakama people as the right to govern our lands and keep our people safe is finally realized.”

“Write to the soldiers and tell them we are quiet, friend to Americans, that we were not thi…

Yakama Nation to commemorate Treaty of 1855

It Happened Here: Catholic mission established in Yakima Valley in 1852