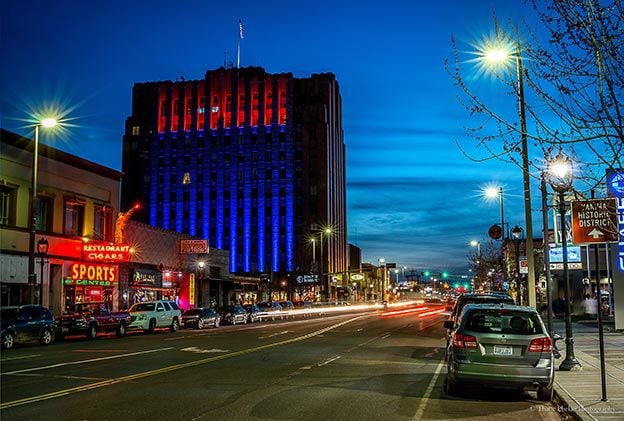 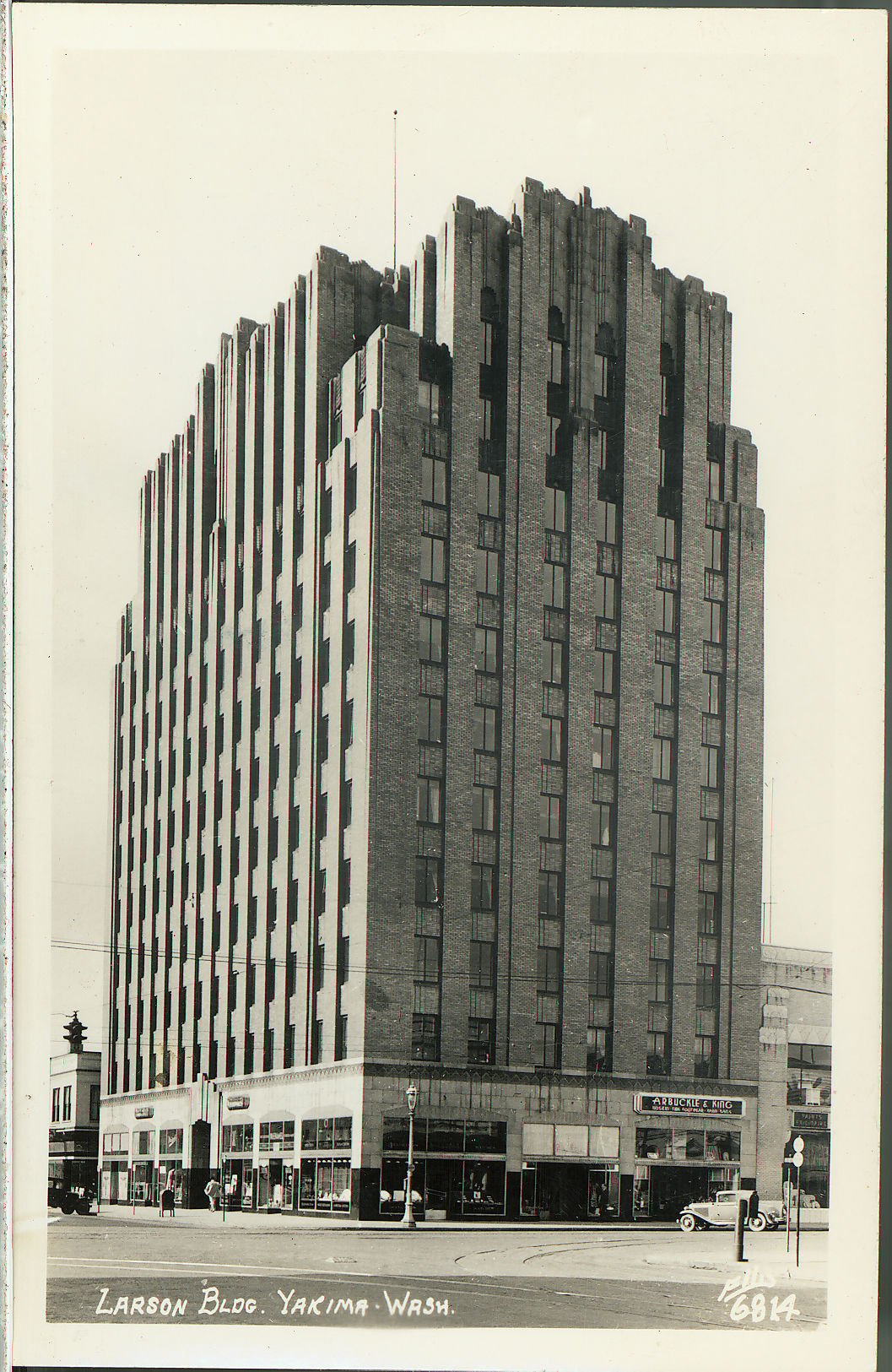 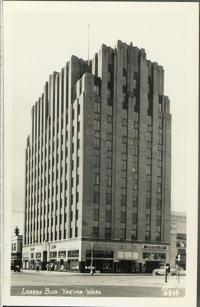 The Larson Building shortly after its grand opening ceremony in 1931. More than 10,000 people came to see it. Photos courtesy of the Yakima Valley Museum

The Larson Building shortly after its grand opening ceremony in 1931. More than 10,000 people came to see it. Photos courtesy of the Yakima Valley Museum

As Yakima and the nation were sliding into the depths of the Great Depression, one Yakima businessman was looking up.

In what could be considered an audacious move, Adelbert E. Larson constructed an 11-story building in the heart of downtown Yakima to stimulate business and give the city an enduring symbol.

“The decision to erect this building was based upon a deep-seated faith in the further development and continued future prosperity of Yakima and of the Yakima Valley,” Larson wrote in 1931, after the building’s completion. “Perhaps present conditions do not warrant, from a return or earning standpoint, in the investment of three-quarters of a million dollars in this building, but that phase of the project has been overshadowed by an earnest desire to do something in a substantial and serviceable way for Yakima and its people.”

Born in Minnesota in 1862, Larson spent seven years in the logging camps of the Pacific Northwest before coming to Yakima in 1891.

On his arrival, Larson bought an interest in the Scott Lumber Yard, the first of several business ventures in the community.

Among his other businesses were “Larson’s Theatre,” on the corner of North Second and A streets; the Donnelly Hotel, which stood on the present-day site of Cowiche Canyon Kitchen and Ice House; and a Ford car dealership.

Active in the Democratic Party, Larson was also a proponent of reclamation projects in the Valley and led efforts to get federal funding for local irrigation projects.

At that time, the stock market had crashed and local property values were dropping along with the nation’s economy.

But Larson remained committed to his vision, bringing in architects and business experts from around the country to consult on the design of his skyscraper. He also sought out the best materials — salmon-colored brick, marble, bronze — to build  it.

His hope was that it would “stand as sentinel of the Yakima Valley, beautiful in the perfect harmony of architecture and decoration.”

The building was designed by Yakima architect John Maloney in the Art Deco style, which at the time was considered futuristic and would make it stand out from the more plain-looking buildings in downtown Yakima.

The building included 365 windows — representing the number of days in a year. The lobby still retains its marble walls, terrazzo floors and bronze directory board and mail box.

The interior was divided into 225 offices, with some of the floors outfitted for use by doctors and dentists.

At time of its construction, it was the tallest building in Yakima — 155 feet at its roof or 188 feet if the flagpole is counted.

It held the title until 1946, when the Chinook Tower was completed at 168 feet.

Ten thousand people attended the Larson Building’s grand opening on Sept. 26, 1931. Each woman who attended was given a pink carnation while an orchestra serenaded guests on the second floor.

Larson died in 1934, but the building remained with relatively few modifications to serve as a hub of business as well as a landmark visible from many points around the Upper Valley.

Last year, a set of floodlights was installed on the building’s east side, the first phase in an art project to bathe the building in various colors for holidays or other special occasions.

NACHES, Wash. -- The town of Naches plans a ribbon-cutting for its new sign Wednesday.