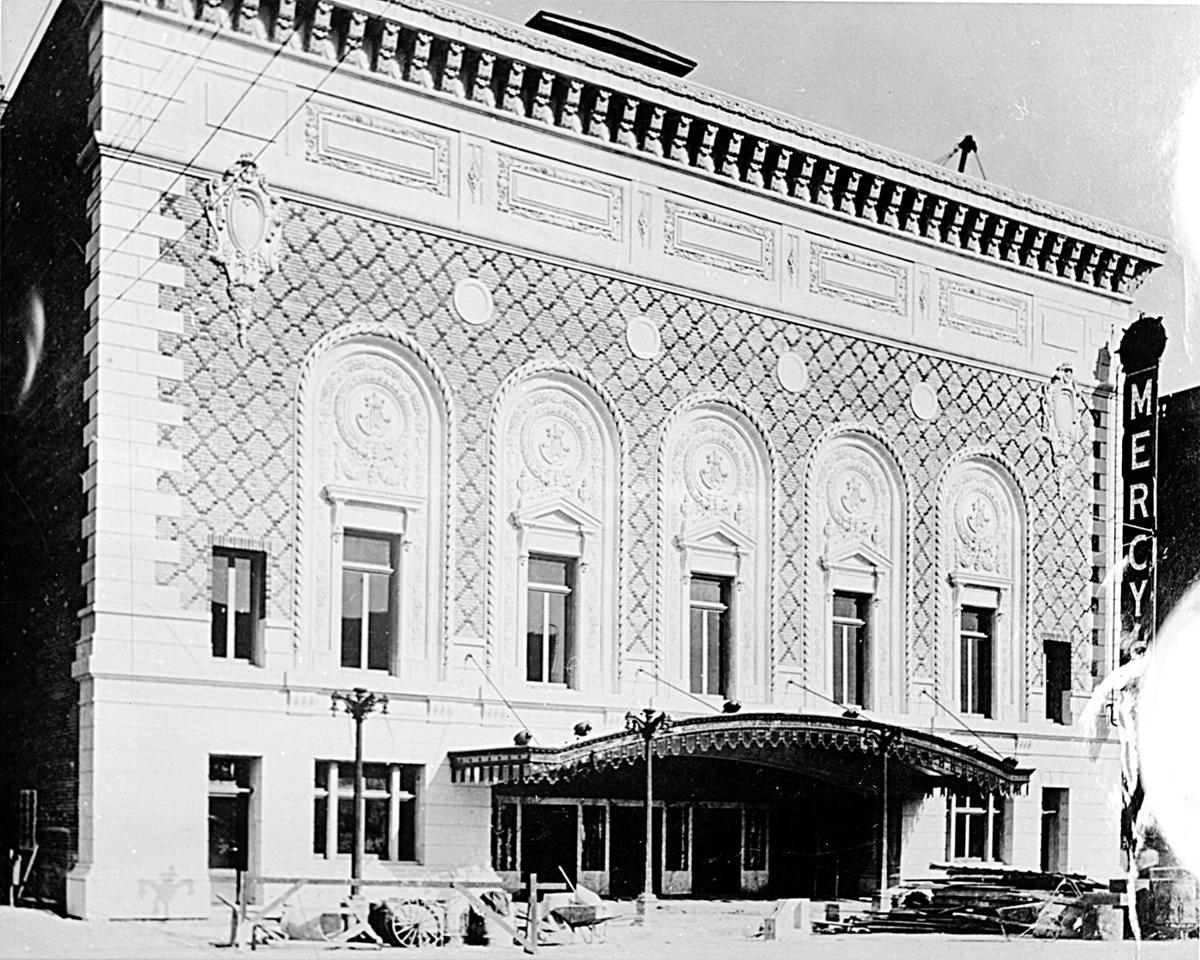 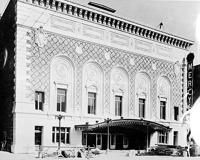 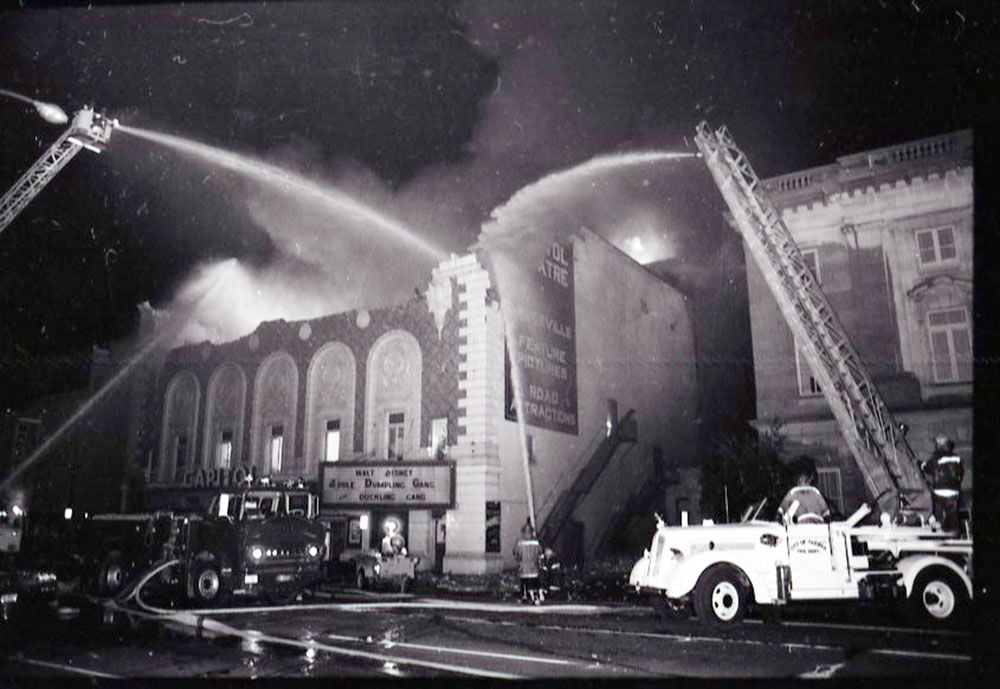 Long before the battle over the downtown plaza, Yakima city officials and residents fought over whether to have a public gathering place or a parking lot.

In the 1970s, it was The Capitol Theatre that was at the center of the controversy, with the city seeking to buy and restore the old vaudeville house as a public auditorium and cultural arts center rather than see it razed and possibly turned into more downtown parking space.

Today, the theater is regarded as a cultural asset to the city. But that came only after the building literally rose from the ashes.

The saga of The Capitol Theatre begins in the early 20th century, with a man and a vision.

There was a problem, though. A church was already on the site he wanted, and church officials had no intention of selling.

But this did not stop Mercy, who proceeded to build a movie theater next door to the church. The church eventually sold its land and building to Mercy, who had the house of worship dynamited in order to build his grand theater.

He hired architect B. Marcus Pretica, who designed theaters around the country, and hired muralist Tony Heinsbergen to decorate the performance hall. It would be among the first of many theater murals Heinsbergen would paint.

The building’s front was done in the style of the Italian Renaissance, with decorative terra-cotta panels made to look like marble.

The theater was considered one of the largest in the Northwest, with 2,000 seats and a smoking balcony.

Eventually, it became The Capitol Theatre. Among the stars who graced its stage were the Von Trapp Family Singers, violinist Yehudi Menuhin and the Metropolitan Opera’s traveling ballet company.

Like many vaudeville houses, it saw audiences turn away from live shows in favor of movies, particularly with the advent of sound movies. And the Capitol adapted, showing films as well.

But by the 1970s, the Capitol appeared to be reaching the end of the road, destined to be demolished like the church that stood there before.

There was, however, a need in the city for an auditorium. City officials proposed buying the property, but voters rejected a $1.9 million bond to buy the theater and build a new convention center to the east on South Fourth Street, linking the two buildings with a walkway.

Like Mercy, city officials were not to be deterred. The city purchased two parcels east of the Miller Building and traded them to the Mercys in return for the theater, which city officials planned to renovate as part of an effort to revitalize downtown.

But the city’s plans for the building almost went up in smoke.

On Aug. 19, 1975, an electrical short ignited a fire that gutted the building and caused part of the front facade to collapse. More than 65 firefighters from Yakima, Selah and West Valley battled the blaze.

One of those firefighters, 30-year-old Jack Lambert, was hit by falling debris when the roof collapsed. He was taken to a hospital with a crushed spine.

Even as the remains of the theater smoldered, there was talk about restoring the Capitol to its original glory. Architect Bill Paddock was sifting through the debris looking for salvageable remains shortly after the fire.

When someone confronted him, Paddock is said to have held up two pieces of the broken terra-cotta facade and said, “We’ll need these to restore the theater.”

But it was going to take more than a few broken pieces to put the Capitol back together again.

A nonprofit group, the Capitol Theatre Committee, was formed, and it raised more than $700,000 in contributions to rebuild the theater. Other funds came from the city, grants and the insurance settlement.

The plan was not just to rebuild and restore the theater, but improve it as well. The basement was excavated to make room for administrative offices, restrooms and the Robertson Room, a space that can be used for business meetings or private parties.

The building’s ornamentation was re-created in fiberglass, using molds taken from other theaters Pretica designed as well as pre-fire photographs.

Heinsbergen came out of retirement to again paint the ceiling mural. At 83, he chose not to duplicate his old work, but make an original mural, considered his greatest masterpiece.

Painted in his California studio, the murals were brought to the theater, where Heinsbergen went up on the scaffolding to retouch the seams after they were installed. It turned out to be his last work, as he died shortly afterward.

The Capitol Theatre reopened Nov. 4, 1978, with Bob Hope performing for a sold-out crowd.

Today, the theater has been home to the Yakima Symphony Orchestra and the Yakima Town Hall Series, and has had a wide variety of acts perform on its main stage and the Black Box theater that was opened in 2011. When that opened, Jack Lambert, the injured firefighter, cut the ribbon.

It Happened Here is a weekly history column by Yakima Herald-Republic reporter Donald W. Meyers. Reach him at 509-577-7748 or dmeyers@yakimaherald.com. Follow him on Twitter at twitter.com/donaldwmeyers.

Few people would dispute that the Sozo Sports Complex, Kiwanis Park and recent improvements to Randall Park have positively impacted the Yakim…