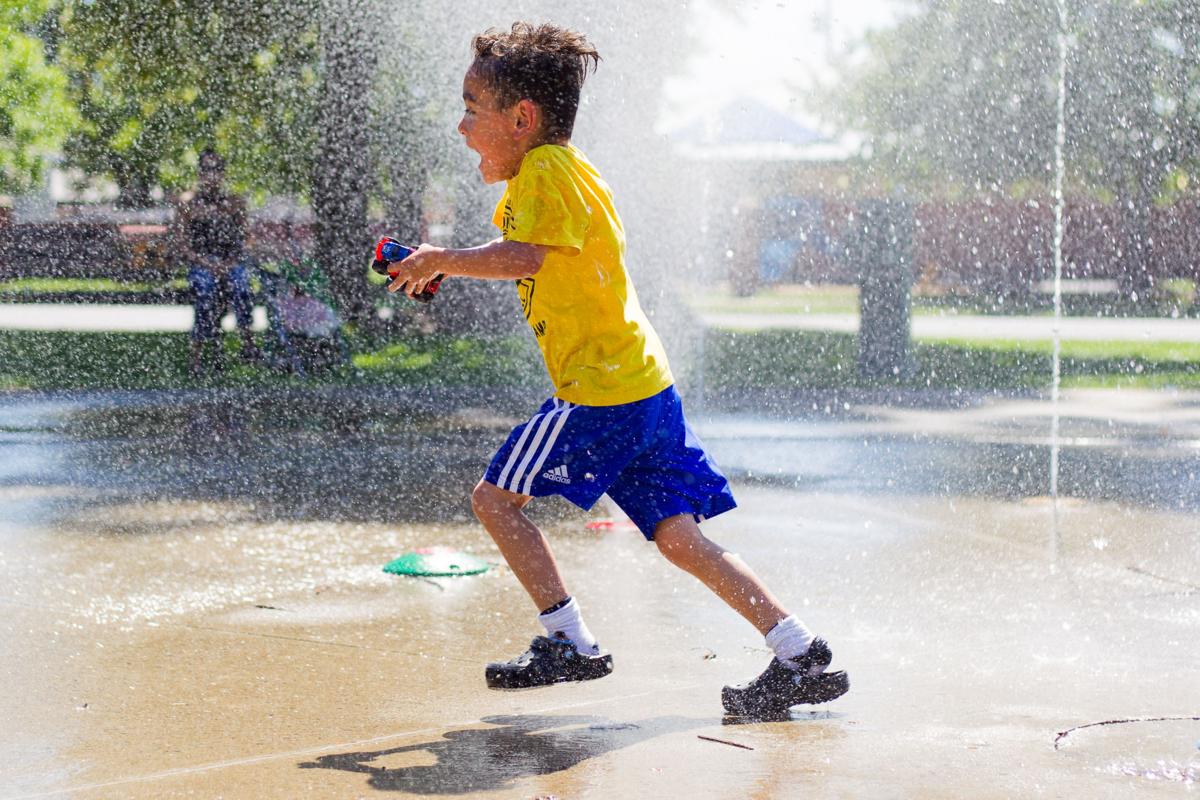 People find ways of cooling down Tuesday, June 1, 2021, as the Yakima Valley is hit with high temperatures between 97 to 105 degrees in Yakima, Wash. (Amanda Ray / Yakima Herald-Republic) 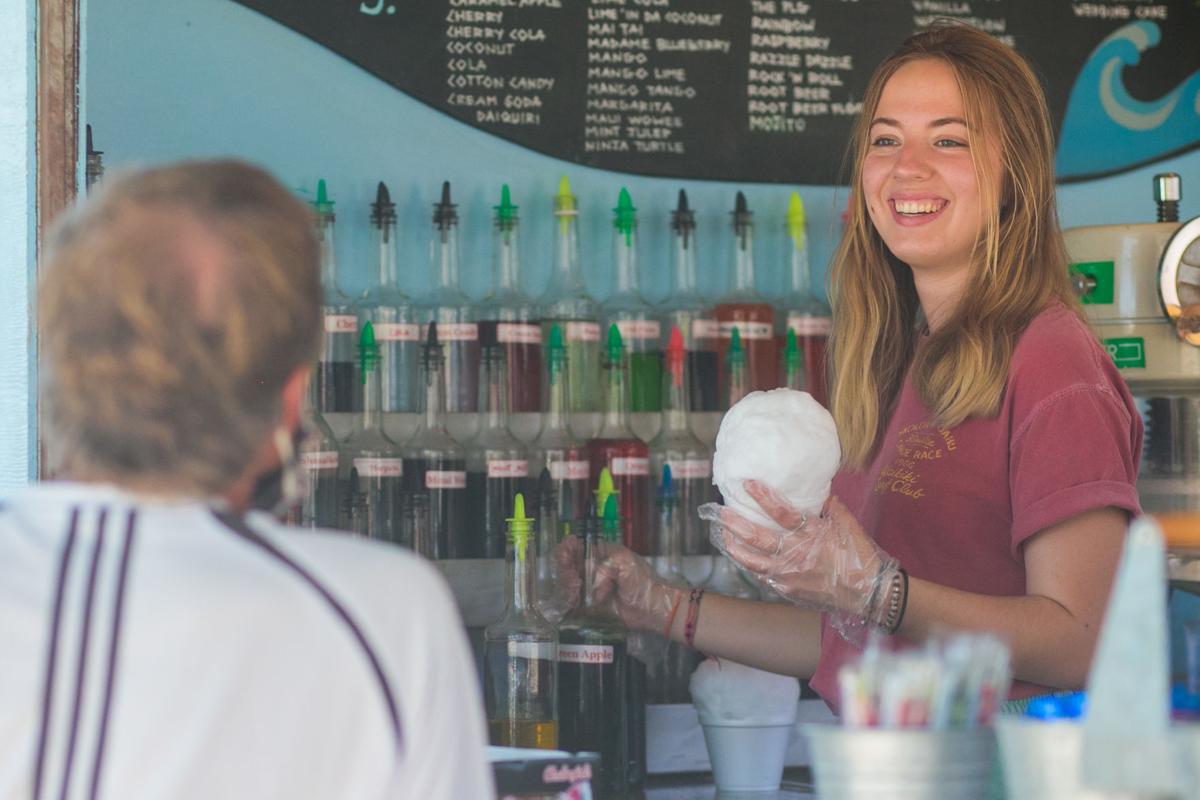 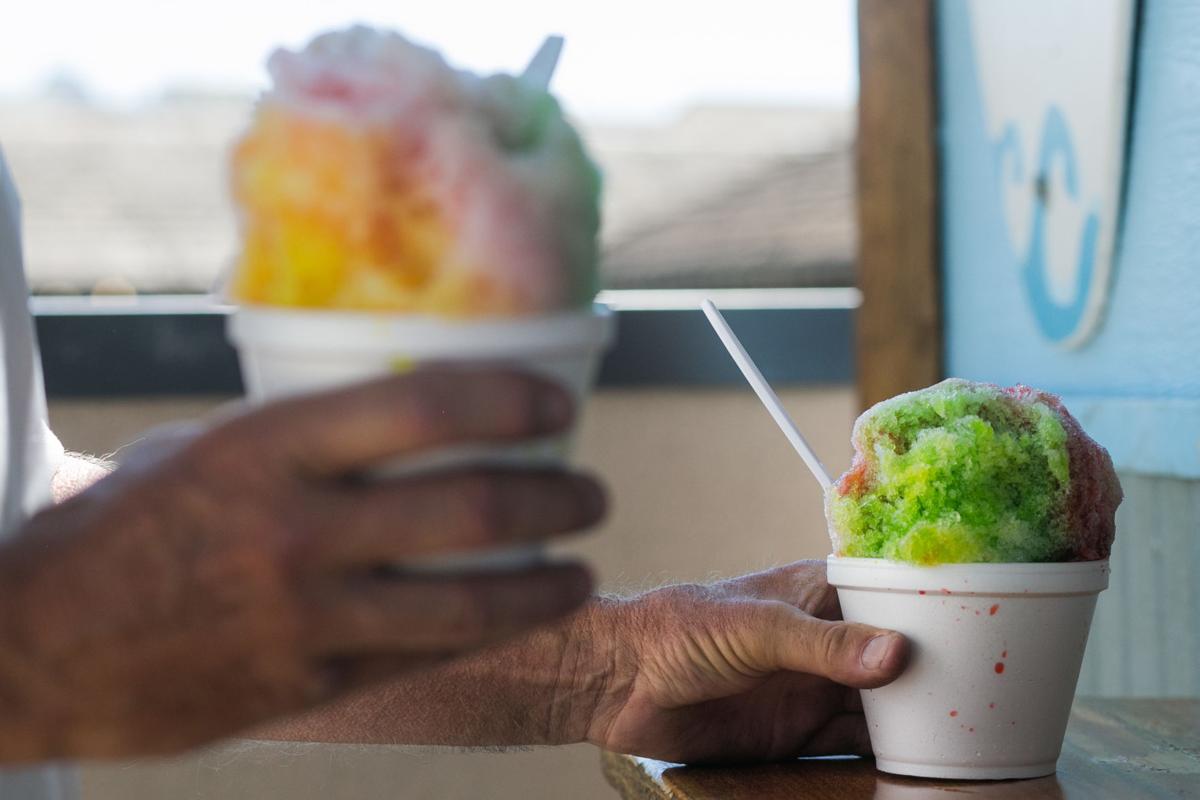 People find ways of cooling down Tuesday, June 1, 2021, as the Yakima Valley is hit with high temperatures between 97 to 105 degrees in Yakima, Wash. (Amanda Ray / Yakima Herald-Republic)

Temperatures are headed into record territory this week, with a forecasted high of 102 in Yakima on Wednesday and a heat advisory in effect.

The heat advisory took effect Tuesday and runs through 8 p.m. on Thursday, according to the National Weather Service. People should stay out of the sun, drink plenty of fluids and take precautions outside.

Temperatures are expected to reach to 96 degrees on Thursday and cool off into the weekend.

The high temperatures are part of a high-pressure system that has been building over the region and is expected to peak on Wednesday, said Joe Sullivan, meteorologist at the National Weather Service at Pendleton, Ore.

“The timing of this is a little unusual in the fact that it’s right at the beginning of the summer, whereas we’d typically see this type of heat as we get into mid to late June and onward,” Sullivan said.

The heat isn’t going to last long and temperatures will drop this weekend and into next week, he said. Highs this weekend are forecast in the mid-70s. But people should be prepared for the heat spike.

People should stay out of the sun this week when possible and reschedule any strenuous activities outdoors to early morning or evening, the National Weather Service at Pendleton, Ore., said in a statement.

Those working outside should watch for symptoms of heat cramps or exhaustion, said Randy Beehler, communications and public affairs director for the city of Yakima.

“We also encourage people to check on family and neighbors and friends during the heat spell to make sure everything is OK with them,” Beehler said.

Heat stroke is an emergency and people should call 911. Along with a high body temperature, heat stroke can cause an altered mental state or behavior, nausea and vomiting, flushed skin and little to no sweating, rapid breathing and racing heart rate.

It can be deadly to leave people or pets in a parked car in high heat. Even with the windows open, the temperature inside a car can reach 102 degrees within 10 minutes. After 30 minutes, the temperature can reach 120 degrees, according to the Humane Society.

“It is more common than one might think for pets to be left in a parking lot at a grocery store,” Beehler said. “That is a terribly dangerous environment for pets.”

Lori Phillips, owner of Paws and Claws pet grooming in Yakima, also cautions people to be careful with pets in the summer.

Paws and Claws has seen an influx of customers this month who are hoping to get their dogs groomed to prepare for the hot weather.

“We are completely booked out for the next six weeks,” Phillips said. “The weather is a big factor in our business.”

Rhonda Hauff, CEO of Yakima Neighborhood Health Services, says the organization’s street outreach teams of nurses and behavioral health specialists will be out working with people experiencing homelessness to hand out water bottles and sunscreen this week.

“Stay out of the sun as much as possible and come into one of our health clinics if you’re feeling ill,” Hauff said.

Yakima Neighborhood Health Services has five locations in the city of Yakima, one location in Granger and one in Sunnyside.

With warmer days and summer fast approaching, many are looking forward to spending time at local swimming pools.