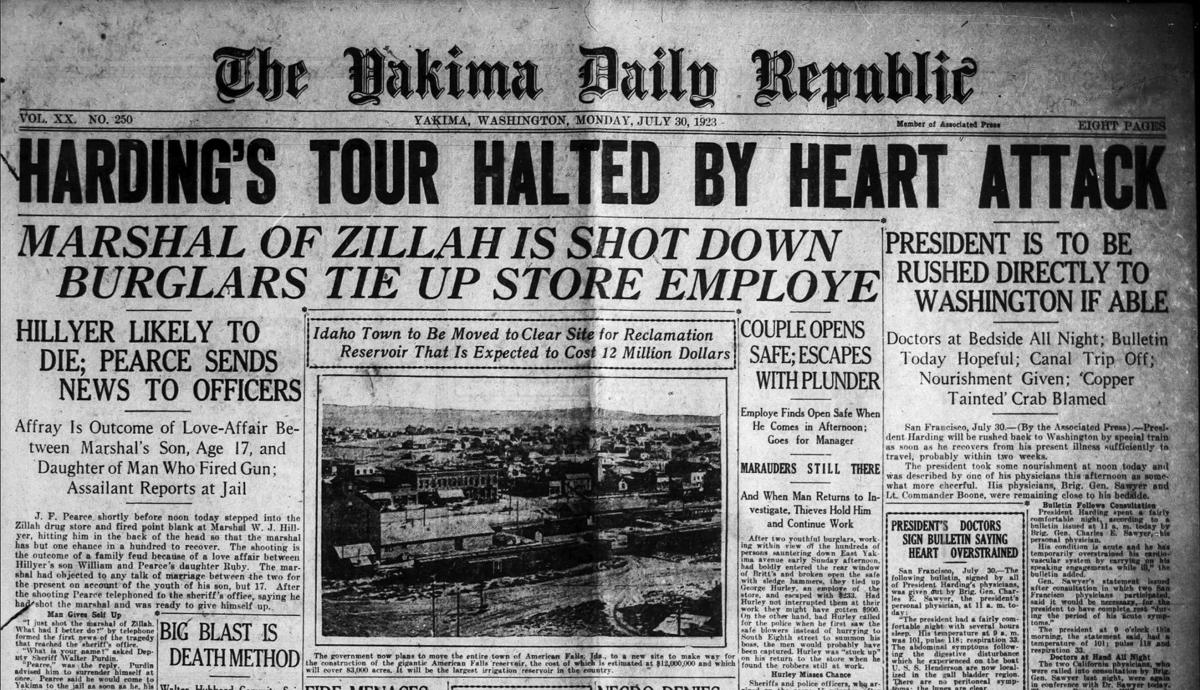 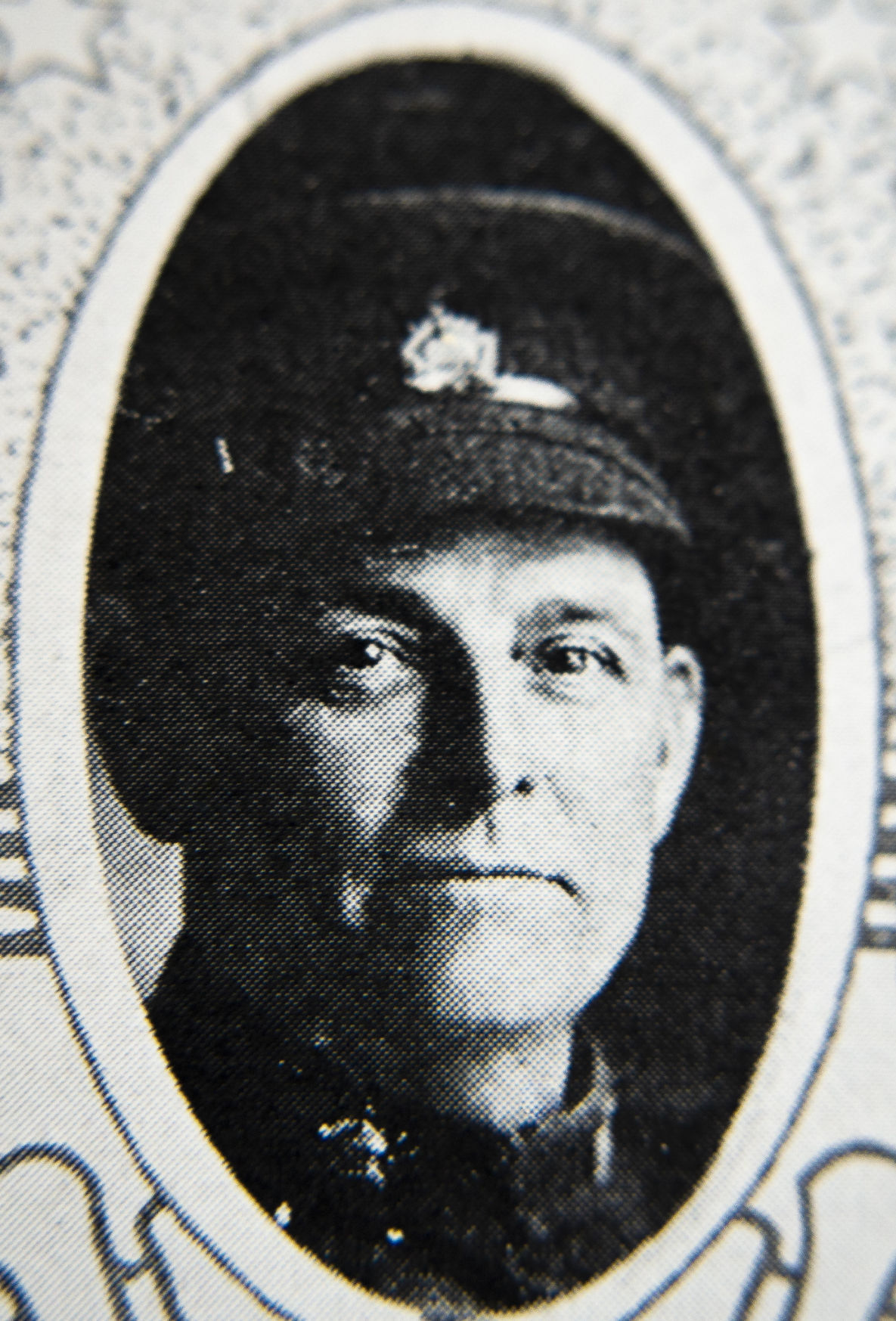 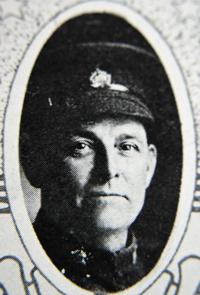 Zillah Town Marshal William J. Hillyer, as seen in a photo from World War I, when he served as an engineer with Canadian forces. Hillyer was fatally shot in 1923 in Zillah.

Zillah Town Marshal William J. Hillyer, as seen in a photo from World War I, when he served as an engineer with Canadian forces. Hillyer was fatally shot in 1923 in Zillah.

At the end of July 1923, two stories dominated headlines in Yakima County.

Nationally, President Warren G. Harding had fallen ill, while Zillah Marshal William Hillyer was gunned down by a man in a running fight over their children dating each other.

Hillyer would become the first — and so far only — Zillah law enforcement officer to die in the line of duty.

But Hillyer’s killer did not go to prison for the shooting.

Hillyer was born May 12, 1865, in Portsmouth, England. Despite his age, he served in World War I as an engineer with a Canadian regiment. In Zillah, he was the marshal, as well as water superintendent, commissioner of streets and alleys, and Zillah cemetery sexton.

Hillyer’s son, William, was dating the daughter of Jesse F. Pearce, a rancher. While both families approved of the relationship at first, Hillyer and his wife, Elizabeth, tried to end it when they thought their 17-year-old son was spending too much time with 18-year-old Ruby Pearce and neglecting his education, as evidenced by his failure to pass Spanish and algebra.

Accounts say the disagreement devolved into a feud, as Pearce and his wife, Eglon, approved of the relationship, while the Hillyers blamed the Pearces for “poisoning” their son against them. The younger Pearce was forced to enlist in the Navy to keep him from seeing Ruby.

Pearce claimed that Hillyer had threatened him and sought what we would today call a no-contact order against Hillyer.

The fight came to a head on July 30, 1923, when Eglon Pearce said she and Ruby were accosted by the Hillyers in downtown Zillah, with both Hillyer and his wife hitting them. When Pearce got word of the altercation, he came to town armed with a shotgun to look for Hillyer.

Pearce, according to news reports, found Hillyer inside a drugstore and quickly fired at the marshal, who was hit at the base of his skull, and then went home and called the Yakima County sheriff to report what he did and prepared to turn himself in.

When questioned, Pearce said he fired in self-defense because he believed Hillyer was about to pull out his own gun. It turned out Hillyer was unarmed when he was shot.

Hillyer was taken to St. Elizabeth’s Hospital in Yakima, where doctors said his prognosis was grim. But Hillyer held on, giving the county prosecutor his account of the attack, as well as telling his brother to take care of his unfinished business in the city’s water and streets departments.

Just as doctors started giving Hillyer a 50-50 chance of surviving, he died Aug. 3, 1923, his death making the front page at the same time as the news of Harding’s death. Hillyer was 58.

Pearce, who was being held in jail in lieu of $15,000 bail — $231,666 in today’s currency — was charged with first-degree murder. When told of Hillyer’s death, Pearce said he wished the marshal had recovered, but expressed no regrets for shooting him.

“A man has to protect his family,” Pearce said. “If I had not done something, I would have lost the respect of my own family and those of our friends in the neighborhood who knew the facts.”

His trial began Nov. 13, 1923, and while prosecutors argued that Pearce killed the marshal in cold blood, Pearce’s attorney mounted a defense that he was the victim, having been threatened repeatedly by Hillyer. At one point, Pearce’s attorneys brought in more than 100 witnesses to testify to the threats the marshal made against Pearce.

In a bizarre move, prosecuting attorney Sydney Livesey took the witness stand to refute Pearce’s claims that he told the prosecutor about Hillyer’s threats.

The trial brought capacity crowds to the Yakima County Courthouse, with sessions running late into the night in hopes that the trial could conclude before Thanksgiving. That hope was dashed as the jurors began their deliberations at midnight, and after 12 hours of deliberation, turned in their verdict at noon on Thanksgiving Day.

Jurors rejected charges of first- and second-degree murder, as well as a verdict of not guilty by reason of “mental irresponsibility.” After the verdict, Pearce shook each juror’s hand.