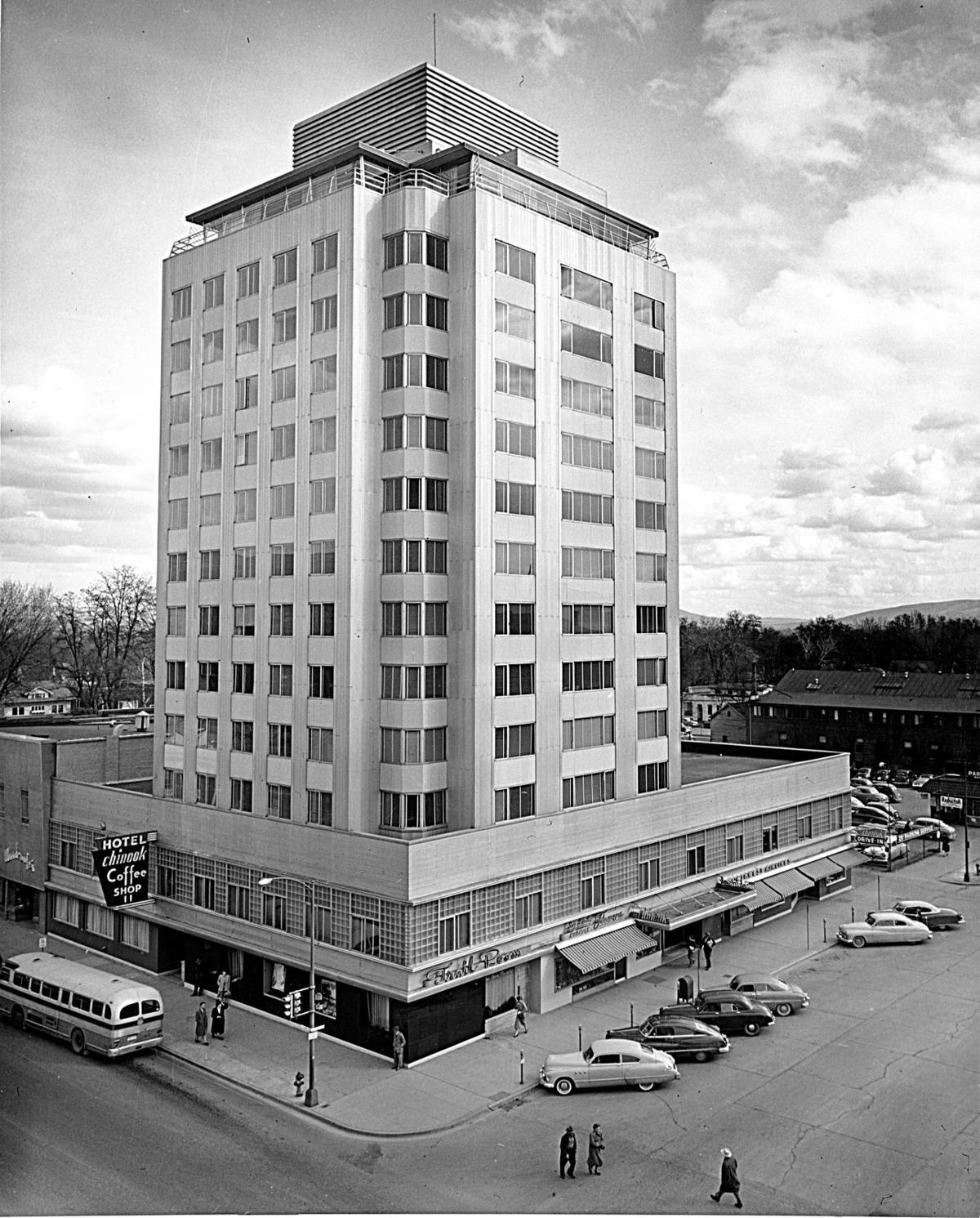 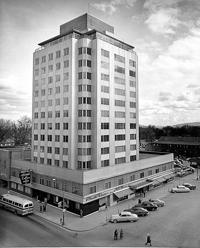 An undated photo shows the Hotel Chinook in downtown Yakima. Today, it is known as The Tower and it is an office building. (Courtesy Photo/ Yakimamemory.org) 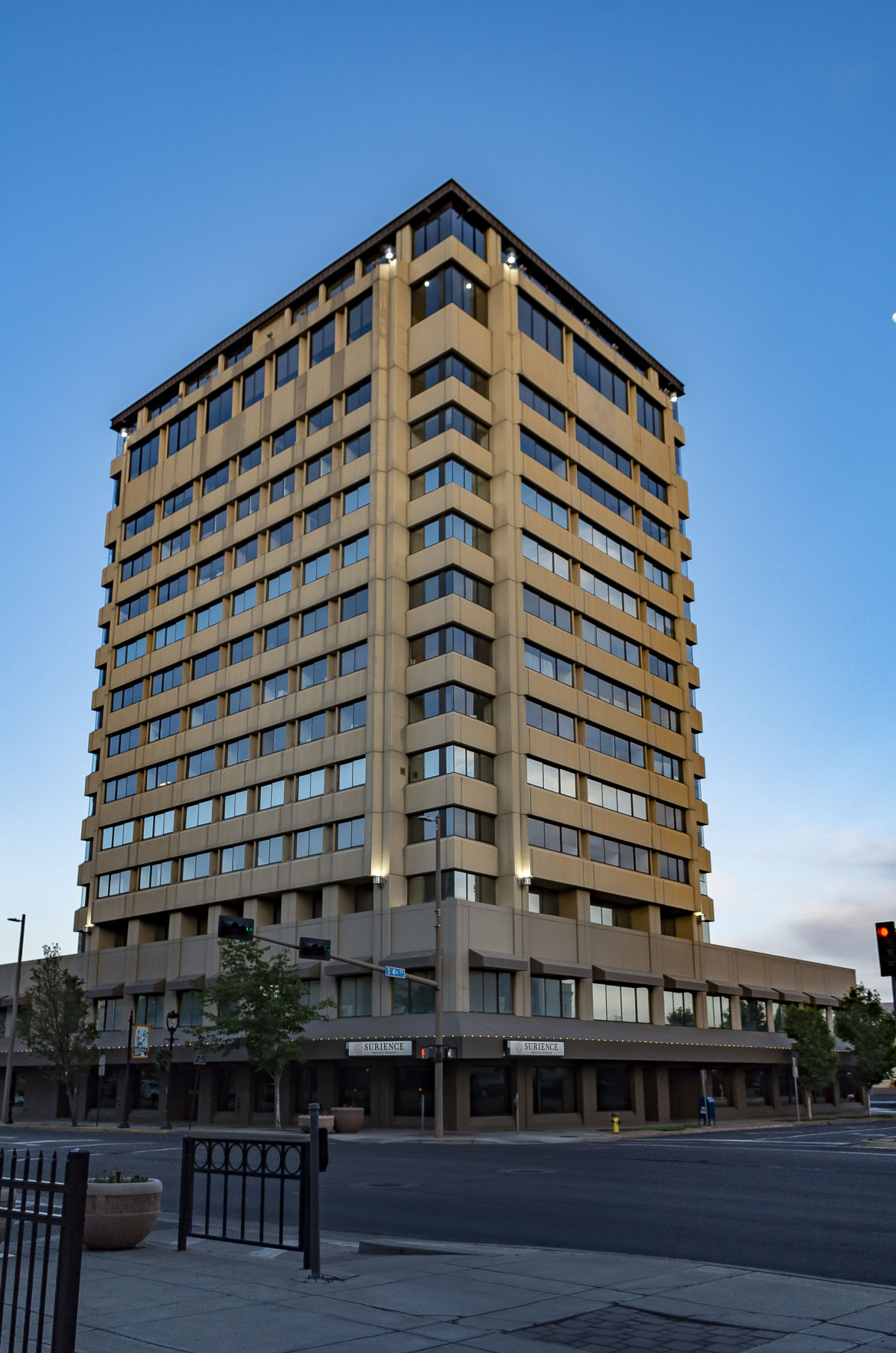 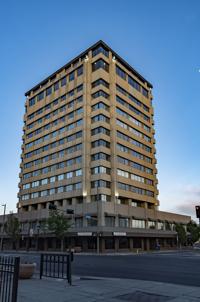 The Tower in downtown Yakima. When it opened in 1951, it was the Hotel Chinook. Today, it is an office building. (Donald W. Meyers/Yakima Herald-Republic) 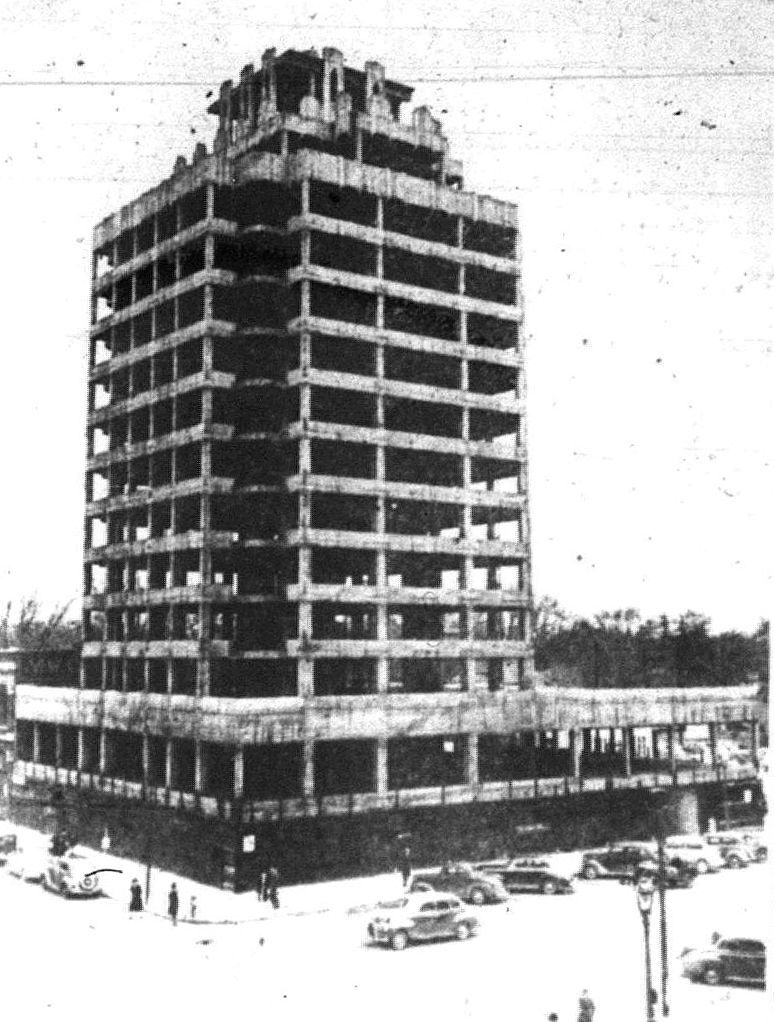 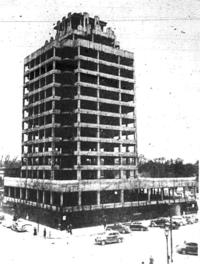 A photo shows the unfinished Hotel Chinook, known today as The Tower. The "Skeleton Hotel" sat unfinished for years before work resumed, culminating in its opening in May 1951. (Yakima Daily Republic photo) 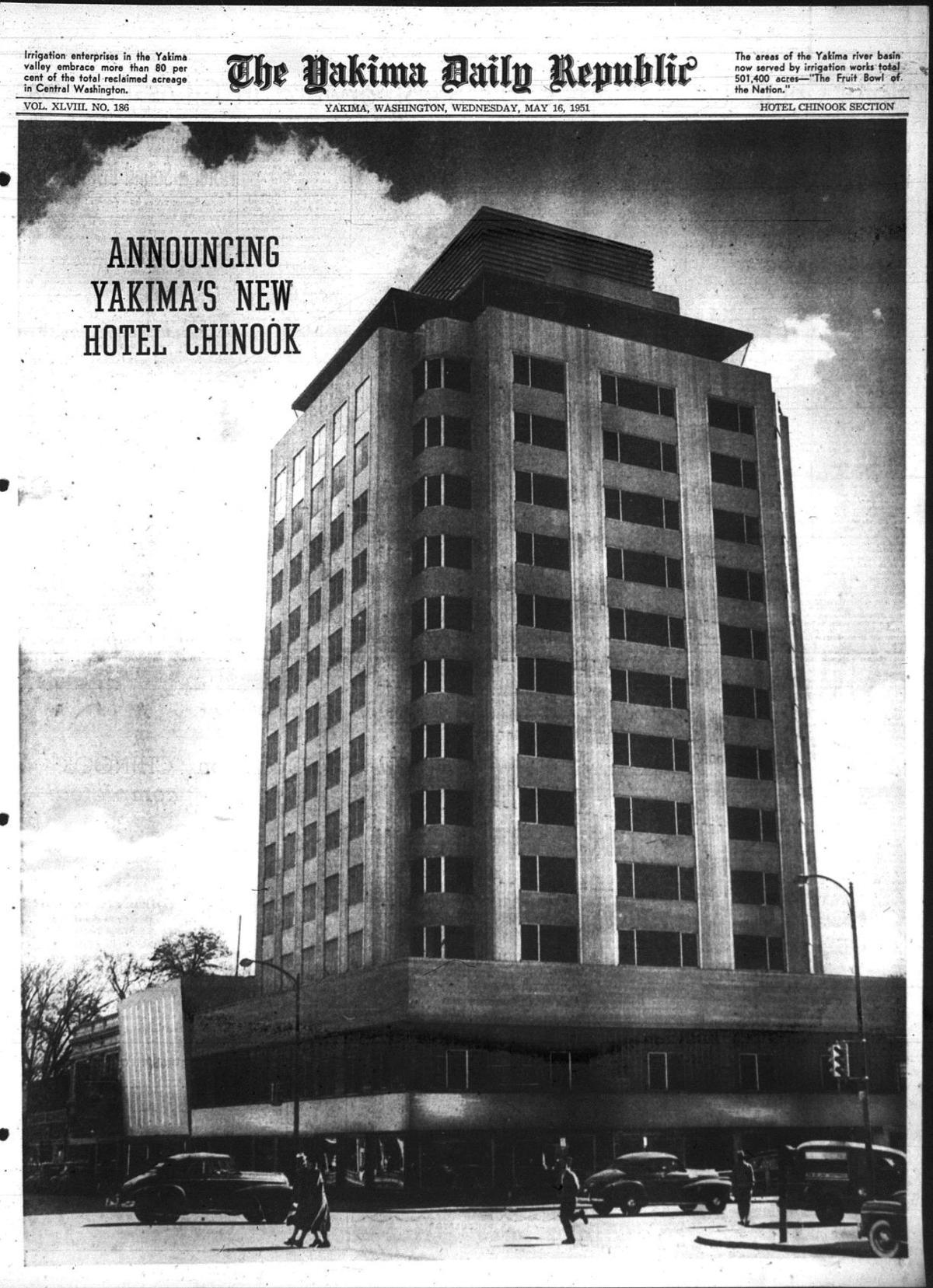 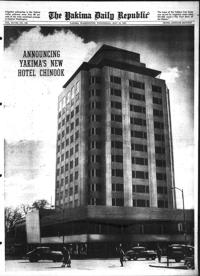 The Hotel Chinook was shown on the cover of a 16-page special section put out by the Yakima Daily Republic on the eve of its May 17, 1951, opening. (Yakima Herald-Republic file)

An undated photo shows the Hotel Chinook in downtown Yakima. Today, it is known as The Tower and it is an office building. (Courtesy Photo/ Yakimamemory.org)

The Tower in downtown Yakima. When it opened in 1951, it was the Hotel Chinook. Today, it is an office building. (Donald W. Meyers/Yakima Herald-Republic)

A photo shows the unfinished Hotel Chinook, known today as The Tower. The "Skeleton Hotel" sat unfinished for years before work resumed, culminating in its opening in May 1951. (Yakima Daily Republic photo)

The Hotel Chinook was shown on the cover of a 16-page special section put out by the Yakima Daily Republic on the eve of its May 17, 1951, opening. (Yakima Herald-Republic file)

Seventy years ago this month, the A.E. Larson Building lost the title of Yakima’s tallest building.

That is when, amid much fanfare, what is today known as The Tower opened to the public. For Yakima, it was a herald for a brighter future for the city, as well as putting an embarrassment to bed once and for all.

The Tower, also known as the Hotel Chinook and Chinook Tower, dates back to the mid-1920s, when a group of Yakima businessmen decided that the city needed a fine hotel to accommodate an anticipated increase in tourists and people coming to do business in the city.

In 1925, a committee to build a “community hotel” was set up. Among its members were Wilbur Wade Robertson, publisher of the Yakima Daily Republic (a predecessor to the Yakima Herald-Republic) and Frederick Mercy Sr., who built what is today The Capitol Theatre and whose family continues to operate movie theaters in the area.

$4.5 million when adjusted for inflation — to build the “Yakima Community Hotel” by selling stock to community members.

“The one thing lacking to keep Yakima in her proper place as the best town of its size in this country is the community hotel,” a letter to residents soliciting funds began. “Present-day conditions require the most modern type of construction, fireproof throughout, all the latest conveniences and comforts. Such an undertaking must be financed locally if its operation is to succeed, for united community support must get behind it.”

The campaign, which began in December 1925, had to be postponed when the city moved to take over the municipal water system. But in 1926, the fund drive began anew, with Wiley City rancher J.G. Hinkle contributing $100 — $1,488 in today’s cash — to the effort. He was quoted as saying it looked like a good investment.

The promotion efforts continued sporadically until 1929, when it caught its second wind. The hotel was also renamed the “Naches Hotel,” to be built at the corner of South Fourth Street and East Yakima Avenue. The company also offered $135,000 in preferred stock to spur investment.

The planned hotel would have 14 stories, making it the tallest building in the city, and construction began in September 1930.

But the project would fall victim to the Great Depression, and in 1931 workers walked off the site when they learned that there was no more money to pay them. Preferred stockholders were able to get their money back, but others lost their contributions.

At that time, the framework for the building was in place, and it would stand unfinished for 15 years. It also acquired the moniker “Skeleton Hotel.” Its only tenants were pigeons nesting in the building, while children would climb inside to watch parades.

Through the years, there were discussions about what to do with the skeleton, even to the point of weighing the difficulties of tearing it down.

In 1945, a new committee was formed to make another run at building a hotel in the remains. Mercy bought the property in 1946, with the intention of finishing it, and had it covered with aluminum sheets and glass brick.

Mercy’s efforts and involvement in the project ended with his death in 1948, but the building wasn’t about to give up the ghost.

In June 1949, another stock sale raised $1.05 million — or $11.6 million with inflation — which was enough to finish the project, which organizers said would be the “most modern hotel in the Pacific Northwest.”

Work resumed in earnest, with a heating system that would reduce the amount of heat on the side of the building that was getting exposed to direct sunlight at any given time of the day.

After workers raced the clock to finish in time, the Hotel Chinook opened on May 17, 1951, amid great fanfare. The Yakima Daily Republic heralded the event with a 16-page special section the day before on the project’s history, as well as optimistic projections of what the hotel would mean for the city.

“It is a happy moment indeed to witness at long last, the opening of this hotel,” Mayor Gilbert W. Burns said at the ceremony.

The hotel operated until the 1970s, when the popularity of motels cut into its business and it was sold in a sheriff’s sale in 1977. Raber Dersham, a Seattle partnership, bought the building in 1978 and converted it to office space.

In 1980, the building’s aluminum exterior was removed and reconstructed, giving the structure its current appearance.

In 1989, JEM Development Co. acquired the building, and for a time, Joe Morrier considered turning the upper floors into an upscale hotel. That plan was shelved, and today The Tower is used for office space, as well as housing the U.S. Bankruptcy Court, and the Yakima offices for U.S. Sen. Patty Murray and U.S. Rep. Dan Newhouse.