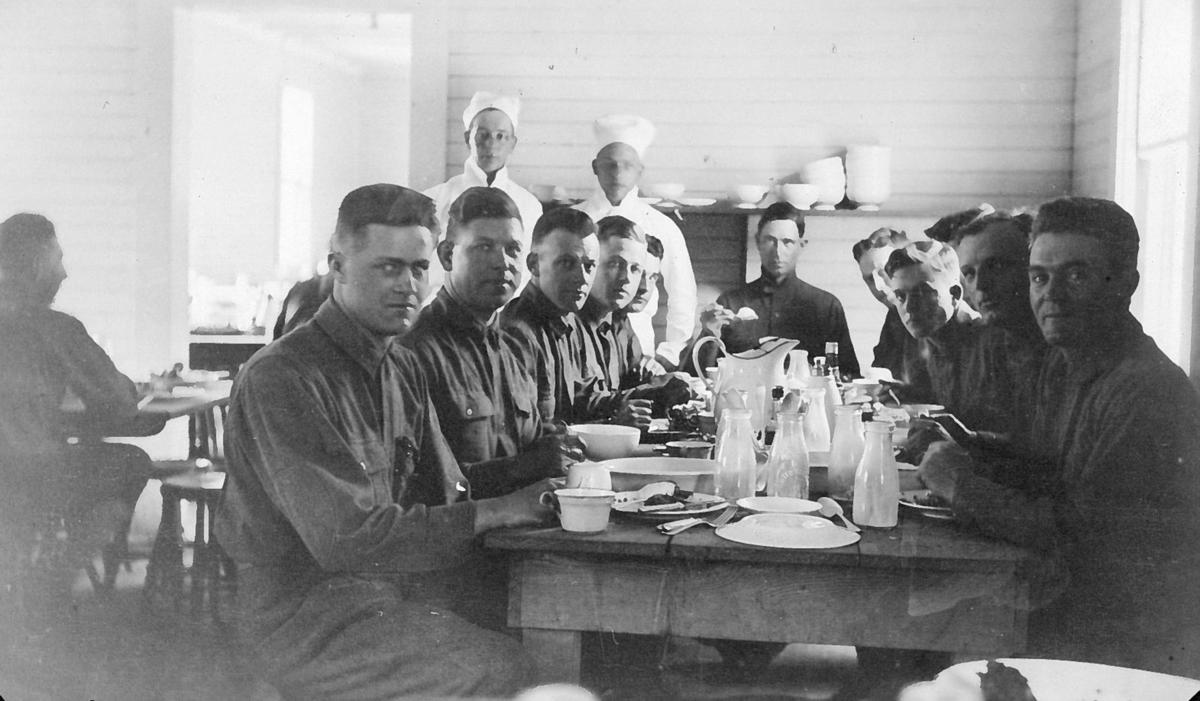 Curtiss Gilbert of Yakima and other soldiers in the mess hall at Fort Lewis, Washington during World War I. 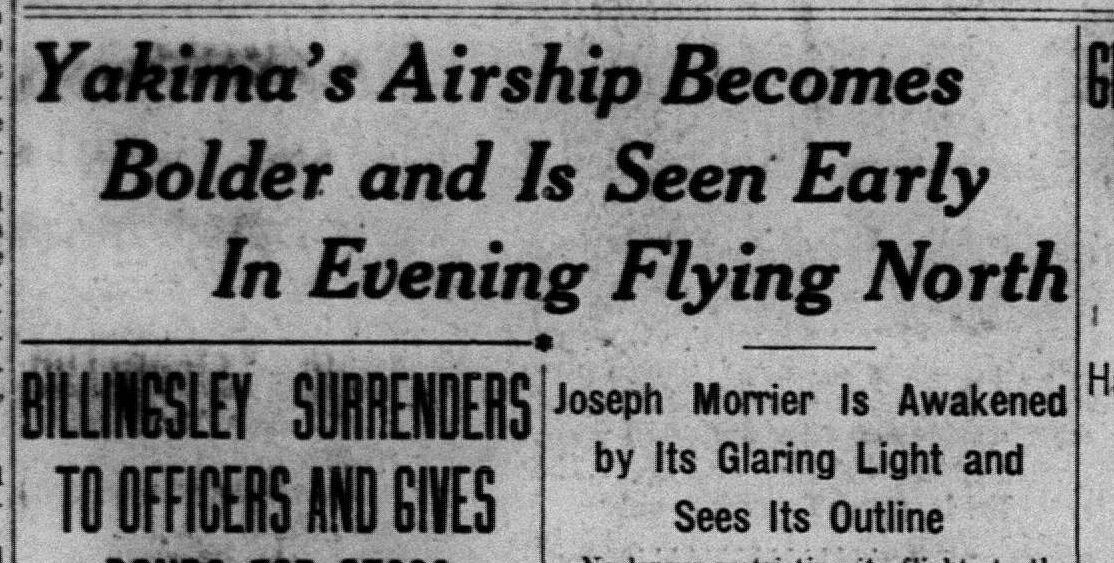 A headline in the Yakima Daily Republic from May 1917 about a May 9, 1917, sighting of a mysterious aircraft seen over Selah and Moxee.

Curtiss Gilbert of Yakima and other soldiers in the mess hall at Fort Lewis, Washington during World War I.

A headline in the Yakima Daily Republic from May 1917 about a May 9, 1917, sighting of a mysterious aircraft seen over Selah and Moxee.

Just weeks after the United States entered World War I, people in Yakima County thought they were under assault.

There were reports of possible gas attacks, mysterious aircraft and light beams in the sky, stirring fears that Germany had somehow managed to target Central Washington from the air.

But the reports of an aerial attack, like those of Mark Twain’s death, were greatly exaggerated, most likely due to anxiety about the war.

Congress declared war on Germany on April 6, 1917, joining what many were calling “The War to End All Wars.” By then, Yakima-based National Guard troops had already been mobilized and sent to Fort Lewis, today’s Joint Base Lewis-McChord, to await further orders and deployment.

The war declaration inspired patriotism among Yakima residents, with people signing up for military service in droves, while those staying on the homefront started their own vegetable gardens and purchased war bonds to help the war effort.

But it also bred suspicions and fear.

A false report was published that Frederick Benz, a Toppenish farmer and German immigrant, had been arrested on charges of disloyalty. Benz sent a telegram the next day debunking the story and proclaiming his loyalty for his new homeland.

“I am not to be had for any service excepting to my own country — America,” Benz wrote.

Then there were the reports of the mysterious “airship.”

Two women, who had planted a vegetable garden in East Selah, said they were heading back to their homes on Brown Avenue one evening when they said they were “overcome” by a pungent odor.

“Poisoned, that’s what we were, poisoned with gas just like the Germans poison the soldiers with gas,” they told a reporter. “How else can you explain it?”

They claimed that the gas probably came from an aircraft that had been spotted April 29 over Selah by Elmer Spray. Night watchman Ralph Watson said he saw the mysterious craft as four beams of light flashed from the roof of the Miller Building in downtown North Yakima.

Soon, other reports of the menacing aircraft were reported, with one account saying it appeared over the Masonic Temple (today’s Hotel Maison) and went up North Naches Avenue.

Hazel Peck told a reporter she and two other girls heard the engine on the aircraft and saw it flying around the Selah Ridge as they took a street car in the early evening.

“It was flying high, so it looked like a big bird (that) dipped from side to side, but the hum (of the engine) kept up all the time we were near it.

Joseph Morrier of Moxee reported being awakened on a Sunday night while he and two of his employees were sleeping in a tent. They saw the craft shoot streaks of light.

When the aircraft was reported over Moxee again, 500 cars headed out to catch a glimpse of it, as Boy Scouts volunteered to take up a night watch.

By the middle of May, sighting reports had died down, and accounts of a plane over Walla Walla that was possibly related to the Yakima sightings had been relegated to the inside of the newspaper.

There was never a full explanation given. But it’s safe to say that the Germans can be ruled out.

While the Germans were using zeppelins to bomb London in World War I, the first trans-Atlantic crossing by a German dirigible was in 1928, by the Graf Zeppelin. And that was just to Lakehurst, N.J. Yakima would be almost another 3,000 miles, which is a long way to fly over enemy territory in an aircraft the size of a football field that’s filled with highly explosive hydrogen.

And Germans didn’t use aircraft to spread poison gas on the battlefields of Europe. That was done from the ground, first with the wind wafting it across the battlefield and later in artillery shells.

So, the source, if there was one, was likely domestic.

A Sunday school teacher reported that one of her students said he and a couple of his friends rigged a car search light on a kite to scare people, while a man in the Selah area said he was working on a “wireless machine gun” and was responsible for the secret planes, but he couldn’t say any more due to the need for wartime secrecy.

There was also speculation that U.S. military pilots were flying training missions over the area out of Vancouver.

In all likelihood, there were probably some pranksters with lights or fireworks taking advantage of people who were already scared of the prospect of war, especially as they saw family members and friends heading off to battlefields where millions had already been killed.

Plus, aviation was still in its infancy, and seeing an airplane in the sky was not a routine thing, which could stoke fear in people who are already on edge.

It’s a reminder about how fear and panic can play dangerous tricks on people’s minds in times of crisis.