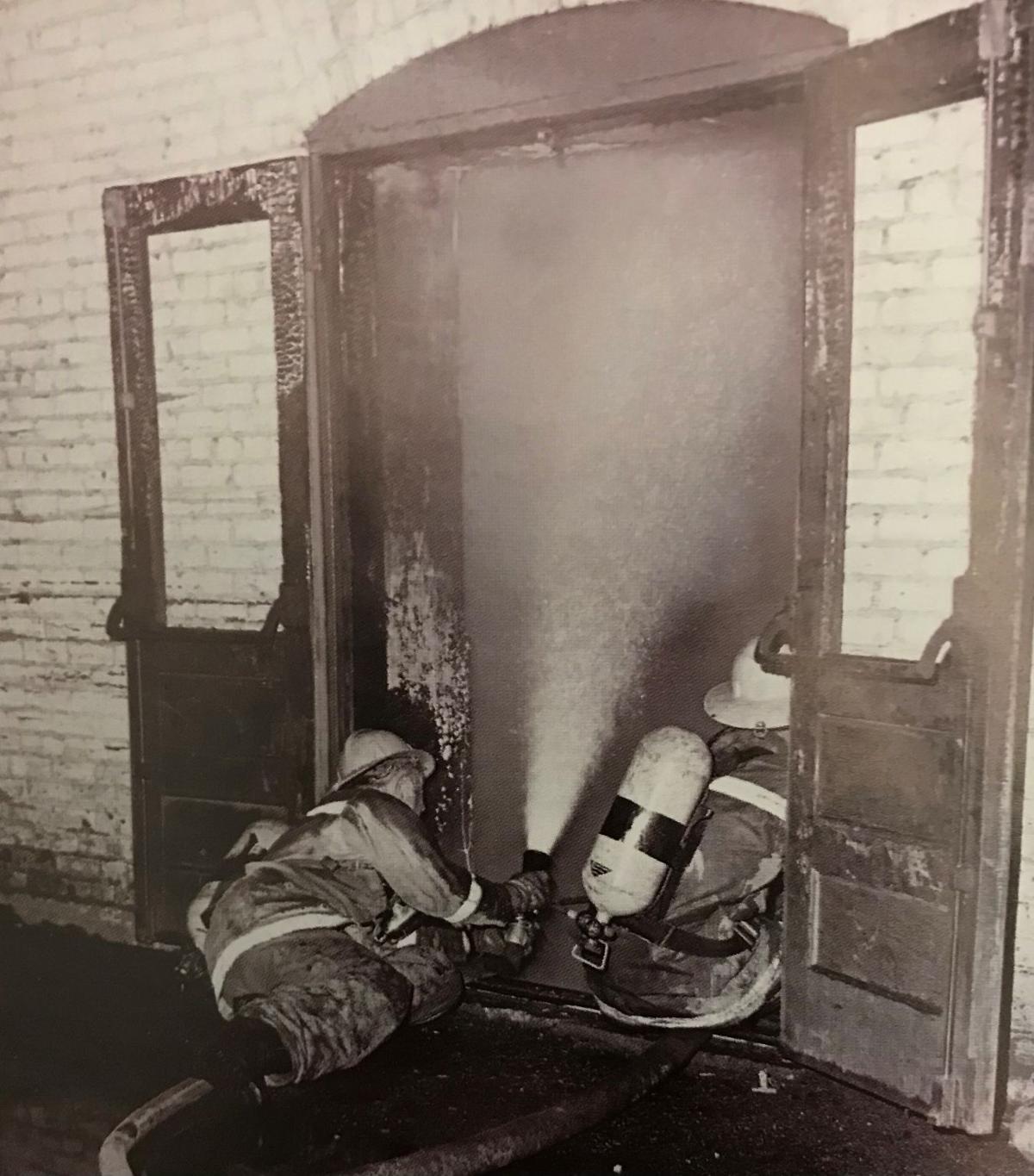 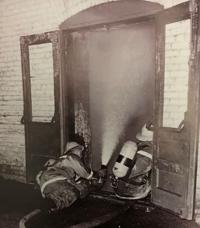 In a photo from the "History of the Yakima Fire Department" by Randy Raschko, Yakima firefighter Jack Lambert, right, fights a fire at The Capitol Theatre on Aug. 8, 1975. Moments later, the building's north wall would collapse, burying Lambert under debris. 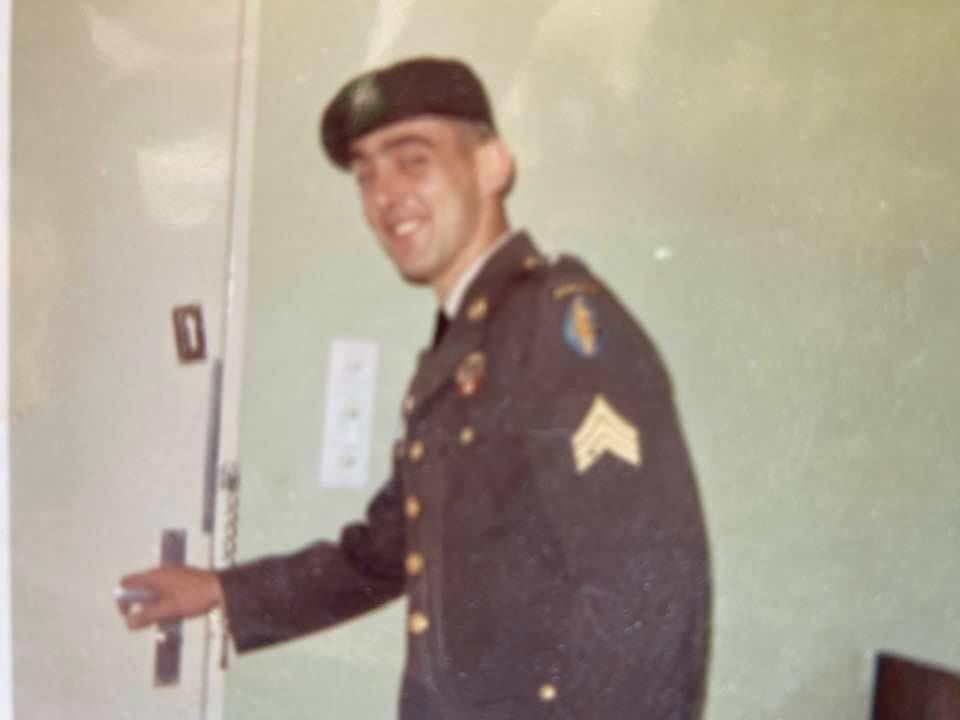 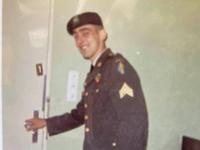 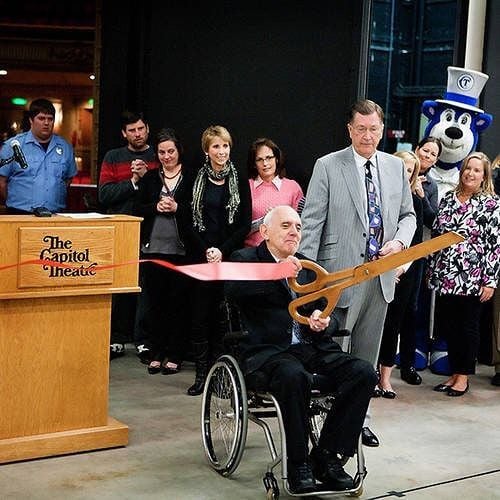 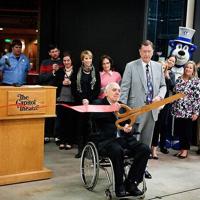 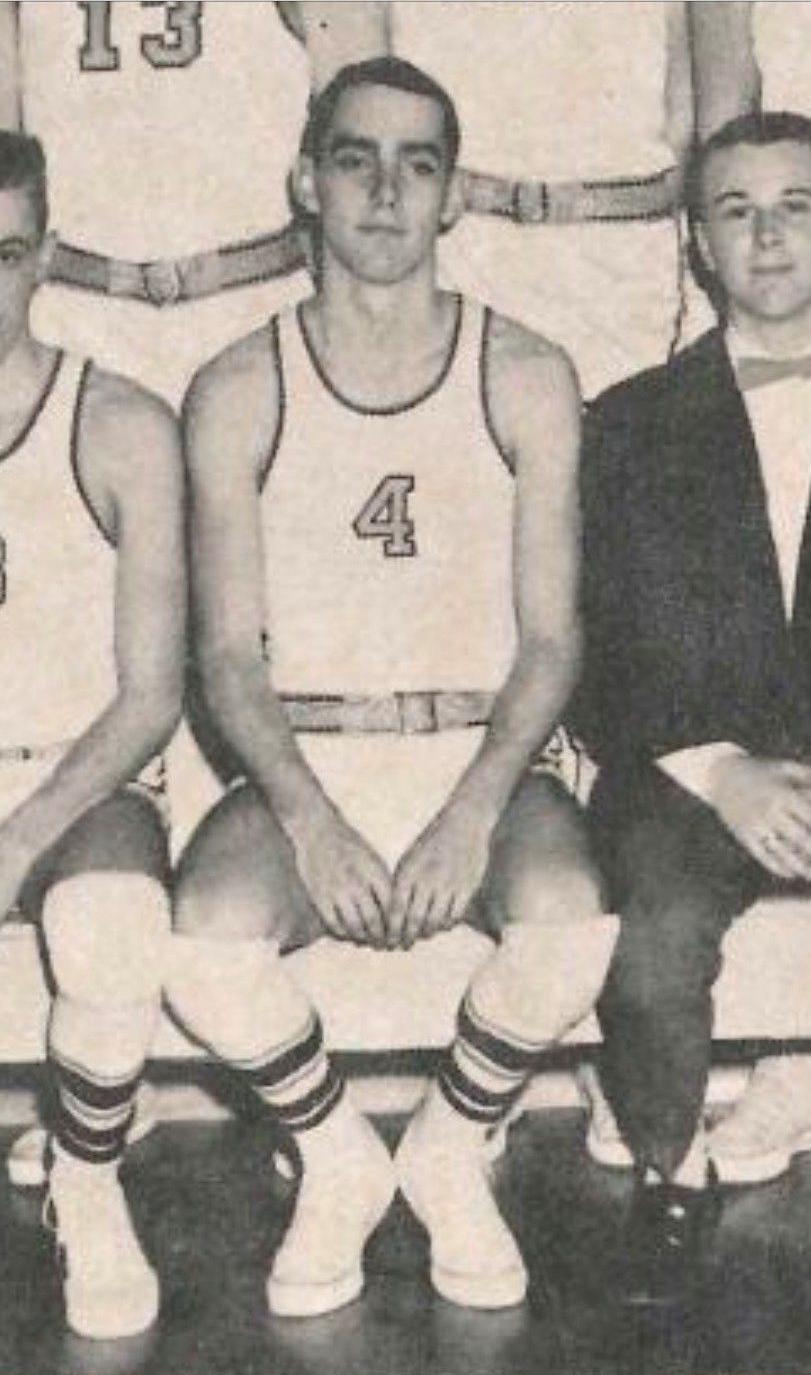 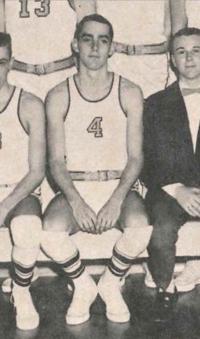 Jack Lambert was a star athlete as Selah High School, playing on the school's championship basketball team in the 1960s.

Yakima firefighter Jack Lambert had been preparing to take the lieutenant’s test when a collapsing wall ended his career.

But it didn’t stop Lambert from continuing to make a difference in people’s lives over the next four decades.

Lambert, who died June 3, found a second act in life as a teacher.

“He probably ranks up there in my mind as a hero,” said Kathryn Lambert, his wife.

Lambert was born Sept. 12, 1944, in Salt Lake City and grew up in Selah. It’s where he met Kathryn in sixth grade and gave her his Boy Scout ring.

“He told me, ‘I was out there at the bus stop pulling ponytails, and she had the second longest, blondest ponytail,” recalled Rebecca Lambert, his daughter.

Kathryn said she was attracted to him because, despite being shy, he was willing to talk about “real things” rather than trivial matters.

Rebecca said her father would always give a thoughtful answer to questions.

But Kathryn also liked his athleticism in high school, where he played football, basketball and baseball.

“When I was in high school I dated him because he was a good athlete and I didn’t have to change boyfriends each season,” Kathryn joked. But she said he didn’t pursue sports after high school, noting that college athletes were treated like “pieces of meat.”

After attending junior college together, the pair had a break in their relationship when Kathryn went to college in Hawaii and Lambert was drafted into the Army, training as a member of the Army’s Special Forces unit, the Green Berets.

He came home on Christmas 1967 and was reunited with Kathryn, who was home for the holidays. They were married at Fort Polk, Rebecca said, and he shipped out for Germany shortly afterward.

Kathryn later joined him pregnant with their first child, Elizabeth, who was born in Munich. While in Germany, Lambert was sent by the Army to learn to ski in Italy, and with just a month’s training came in 14th in an international slalom race.

After 18 months in Germany, the Lamberts returned to Selah and moved to a home in the Wenas area where they raised chickens, pigs and cows and had a garden.

Lambert was working at the Yakima Valley School when he heard that the city was testing for new firefighters, and he decided it was a better-paying job than what he had, Kathryn recalled.

He passed the test and found out he loved more than just the firefighter’s paycheck.

“He was a really physical person, and it appealed to him,” Kathryn recalled.

And he was making it a career, preparing to obtain rank, something Kathryn believes he could have done.

An electrical short ignited a fire at The Capitol Theatre, which the city had recently purchased and planned to renovate as part of a downtown revitalization program.

Sixty-five firefighters from Yakima, West Valley and Selah spent the night battling the flames in a fight to save the historic building. Among them was Lambert.

Lambert was on the north side of the building with another firefighter, Don Monroe, attacking the fire through a side door. Guthrie Lambert, Lambert’s grandson, said his grandfather told him that they were about to go on a break when they saw fire burning in a popcorn machine and tried to put it out.

The next thing Lambert remembered, Guthrie said, was waking up in Seattle surrounded by friends and family.

Monroe, according to firefighters, had gone to relay a message to the incident commander when the theater’s roof and north wall collapsed, burying Lambert under the debris.

Kathryn said fire Chief Edward C. Carroll and his wife came to her house with the news, and it was grim. Lambert had been hurt, and they didn’t know if he would survive.

Carroll drove Kathryn to what was then St. Elizabeth’s Hospital, which later became Astria Regional Medical Center, while Carroll’s wife stayed with Lambert’s daughters, then ages 6 and 2.

“I can remember that ride, not knowing what was going to happen, but it would be OK because we said, ‘I love you,’ before heading off to work,” Kathryn recalled. “When we got to the hospital, he was very much alive, and very much in pain.”

Lambert went into surgery, and while doctors were able to save his life, he was paralyzed from the waist down.

Two weeks later, he was transferred to Harborview Medical Center, where he remained until two days before Christmas.

At Harborview, Lambert went through occupational and physical therapy and other treatment. It also gave him time to process what had happened to him, Kathryn said, especially as he watched other patients cope with spinal cord injuries.

One thing that came out of it, she said, was he lost a lot of his shyness after being required to interact with people on an extremely intimate level as he worked through his recovery.

He also went to therapy to deal with depression, which he thought was initially the result of the accident, but learned it was because of his family situation growing up and acrimony between his parents.

Kathryn believes there were times he was sad that he wouldn’t be able to go on hikes with his children, and later his grandchildren. But he still found a way to be involved in their lives, playing with Lego bricks and doing puzzles with them, or going out into the garden to work on raised plant beds.

“I basically grew up on his lap,” Guthrie said. “He was my personal mode of transportation everywhere, until I got too heavy to sit on his lap.”

Rebecca said that Lambert had sung many a grandchild to sleep with his baritone voice.

Nor did Lambert forget them. Every Christmas, the family would bake dozens of cookies and loaves of banana bread and deliver them to fire stations on Christmas Eve. It’s a tradition Rebecca said she continued when she moved to the west side of the state.

Guthrie said the holidays were something his father loved because it brought family and friends together.

After his injury, Lambert went back to school, studying accounting and computer science. Kathryn and Rebecca said sometimes he would stay on campus at Central Washington University overnight when he was facing an early morning class following a late night in the computer lab.

After earning his degree, his first job was at Trend Business College in Yakima, where he was impressed by the children of farmworkers who came there looking for a better life. Many of them, Kathryn said, thought they weren’t college material, but they would come out of Lambert’s class believing they could succeed.

In later years, the Lamberts would meet some of his old students, who told them they were holding down jobs because of him.

“That was very fulfilling,” Kathryn said.

Lambert went back to school for a master’s degree and a teaching certificate in math, a subject Kathryn said he loved.

He taught math for eight years at Davis High School, working with students who were coming in behind where they were supposed to be academically, and helping them get up to speed, even as curricula changed.

Lambert and Kathryn both retired from teaching in 2007, and Lambert became more active with the retired firefighters group, editing their newsletter and attending the monthly breakfast meeting at Waffle’s Café, where he would trade war stories with them.

Guthrie said his grandfather also shared stories with him about the fires he fought at hotels and fruit warehouses, inspiring Guthrie to become a firefighter, first in Selah and now in Sunnyside.

Another of Lambert’s interests was the arts. He had an extensive record collection, Guthrie said, spanning multiple genres including blues, jazz, folk and comedy, particularly the Smothers Brothers and the works of folk singers Woody and Arlo Guthrie.

Rebecca said her father supported her acting with the Warehouse Theatre Co., becoming a stage manager and serving on the theater company’s board.

And he was also a ticket holder of the Yakima Symphony Orchestra, which performs at The Capitol Theatre.

While he enjoyed going there for performances, Kathryn said he turned down an invitation to the reopening of the theater on Nov. 4, 1978, which included a sold-out performance by Bob Hope. She said he wasn’t ready to go back at that time.

But in 2011, he attended the ceremony for the opening of the 4th Street Theatre, the Capitol’s “black box” theater, as well as its production facility, cutting the ribbon with an oversized pair of scissors.

It Happened Here is a weekly history column by Yakima Herald-Republic reporter Donald W. Meyers. Reach him at dmeyers@yakimaherald.com. Sources for this weeks’ column include interviews with Kathryn, Rebecca and Guthrie Lambert, “The History of the Yakima Fire Department” by Randy Raschko, Yakima Firefighters International Association of Firefighters Local 469 and the archives of the Yakima Herald-Republic.

This was a wonderful article. Thanks for telling us this story of a local hero!