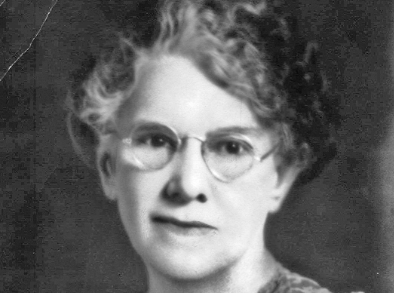 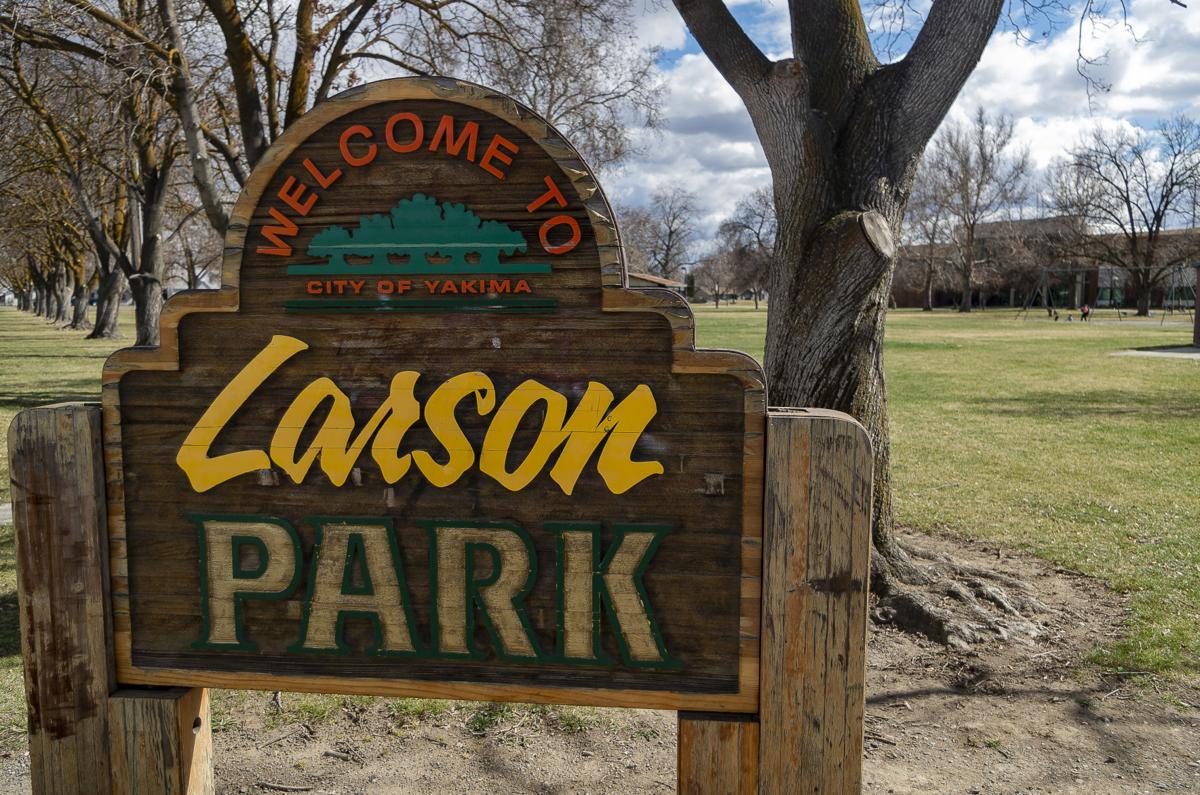 Larson Park in Yakima, along with the Yakima Valley College campus, is on land donated by Rose B. Larson. 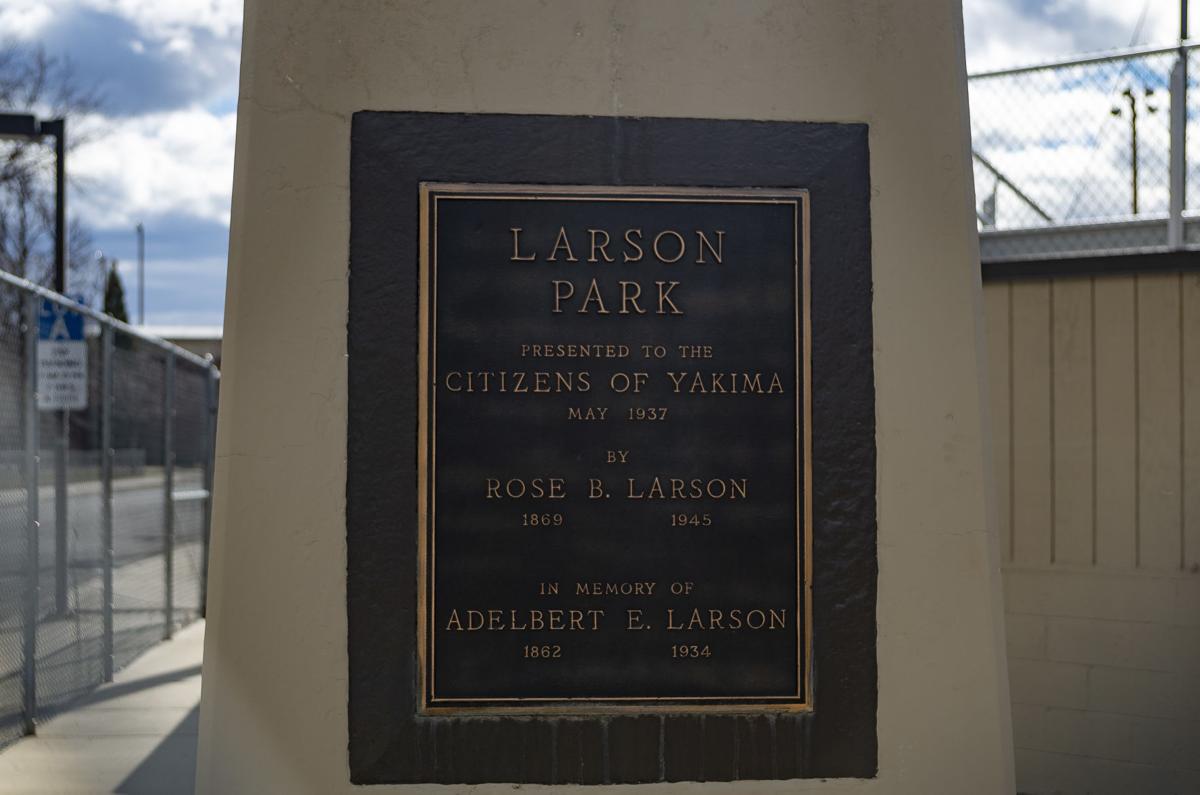 A dedicatory plaque on the monument at Larson Park in Yakima commemorates Rose B. Larson's donation of the park land in memory of her husband, Adelbert E. Larson, who built Yakima's A.E. Larson Building. 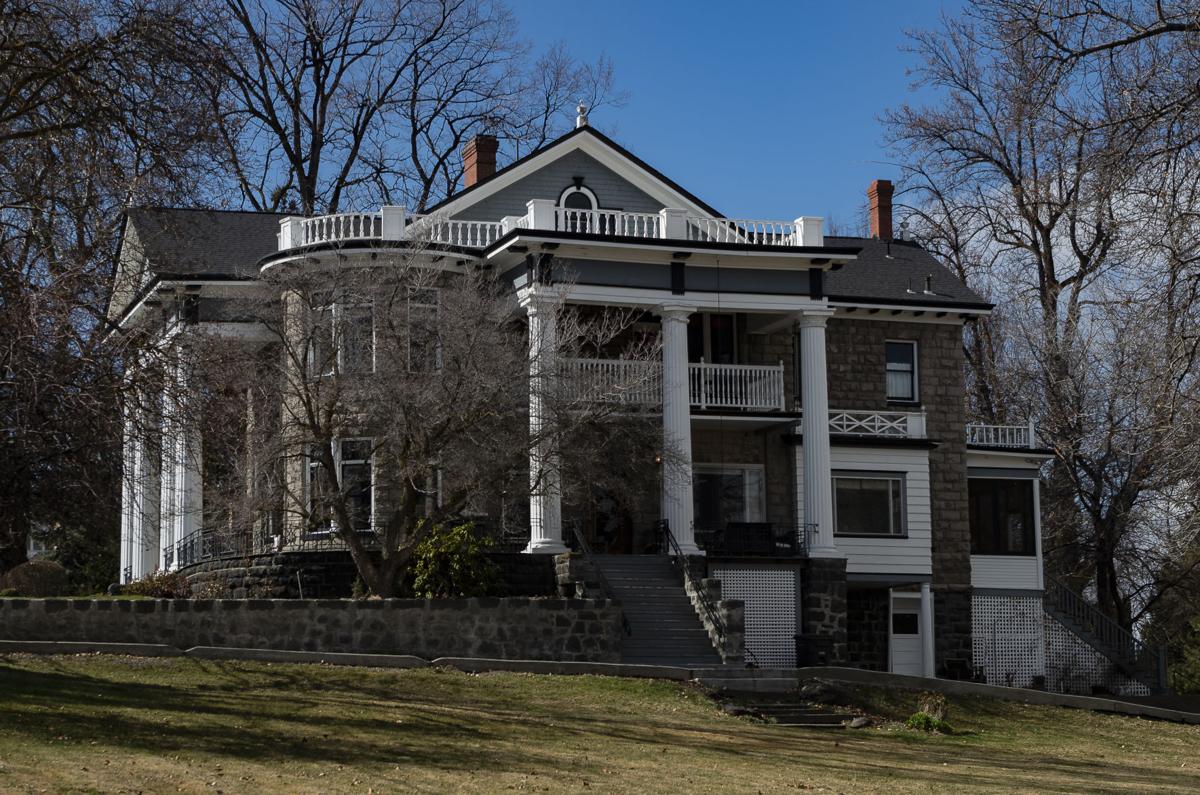 Rosedell Mansion, in Yakima's Barge-Chestnut Neighborhood, was built by Adelbert E. Larson for his wife, Rose B. Larson.

Larson Park in Yakima, along with the Yakima Valley College campus, is on land donated by Rose B. Larson.

A dedicatory plaque on the monument at Larson Park in Yakima commemorates Rose B. Larson's donation of the park land in memory of her husband, Adelbert E. Larson, who built Yakima's A.E. Larson Building.

Rosedell Mansion, in Yakima's Barge-Chestnut Neighborhood, was built by Adelbert E. Larson for his wife, Rose B. Larson.

While Adelbert E. Larson’s A.E. Larson building is a Yakima landmark, his wife left an equally indelible imprint on the city.

Rose B. Larson was actively involved in women’s organizations, with one she helped found still active today. She also donated land and funding for the fledgling Yakima Valley College.

She was born Nov. 16, 1869, in Vancouver, to Samuel and Cynthia Hawkins. In 1870, the family moved to the Tampico area of the Yakima Valley, where Rose attended the Ahtanum School and was among the first to graduate from Woodcock Academy.

On Jan. 4, 1886, she married her first husband, Orlando L. Parker, whose family had come to Washington Territory in 1878 and settled in the Lower Naches area. Their only child, Shirley D. Parker, was born in 1888, and the family lived in Seattle for a while until Larson and her son returned to Yakima in 1895 after she divorced Parker.

Interestingly, Larson’s obituary leaves out her first marriage, but notes her marriage to A.E. Larson in 1897.

Larson’s new husband, seven years her senior, arrived in the Yakima Valley in 1891 after working in the lumber camps of the Pacific Northwest. He quickly became one of North Yakima’s more prominent entrepreneurs, starting with part-interest in a lumber yard and going on to build a business empire that included a theater, hotel and a Ford dealership.

A.E. Larson built his wife a grand home in what is now the Barge-Chestnut neighborhood, Rosedell Mansion, a portmanteau of their first names. The home became a venue for social gatherings, including the women’s clubs that Larson was involved with.

A charter member of the Twentieth Century Club, Larson was behind the drive to merge with the Yakima Woman’s Club, which formed the Women’s Century Club.

She believed clubs were a way to help younger women in the community. She also organized junior women’s clubs for women age 35 and younger, including the Rosalma Club, the Agenda Club and the Junior Sorosis.

Her work with women’s organizations led to her being elected as the 14th president of the Washington State Federation of Women’s Clubs in 1921. During her two-year tenure as president, Larson pushed for women’s clubs, usually a fixture of urban society, to reach out to women in rural communities and give them the benefits of those associations.

“If the State Federation existed for nothing more than to make life brighter and sweeter for the farm women, thus making happy and contented homemakers, it would justify its existence,” Larson said.

In 1937, after the death of her husband and following his will, Larson offered Rosedell and $100,000 — $1.9 million when adjusted for inflation — to the city for a museum. The city turned down the offer, and the money went to Yakima Valley College, helping the college build its first building in 1949, named for Elizabeth Prior, the school’s first president.

Larson and her son also donated a total of 40 acres, which became the YVC campus and Larson Park.

The Larson Art Gallery was also named after the Larsons as a tribute to their support for the school.

Larson died Jan. 21, 1945, in Ellensburg, and is entombed in Tahoma Cemetery’s mausoleum.

The Larsons’ philanthropy lives on in the Parker Youth and Sports Foundation.