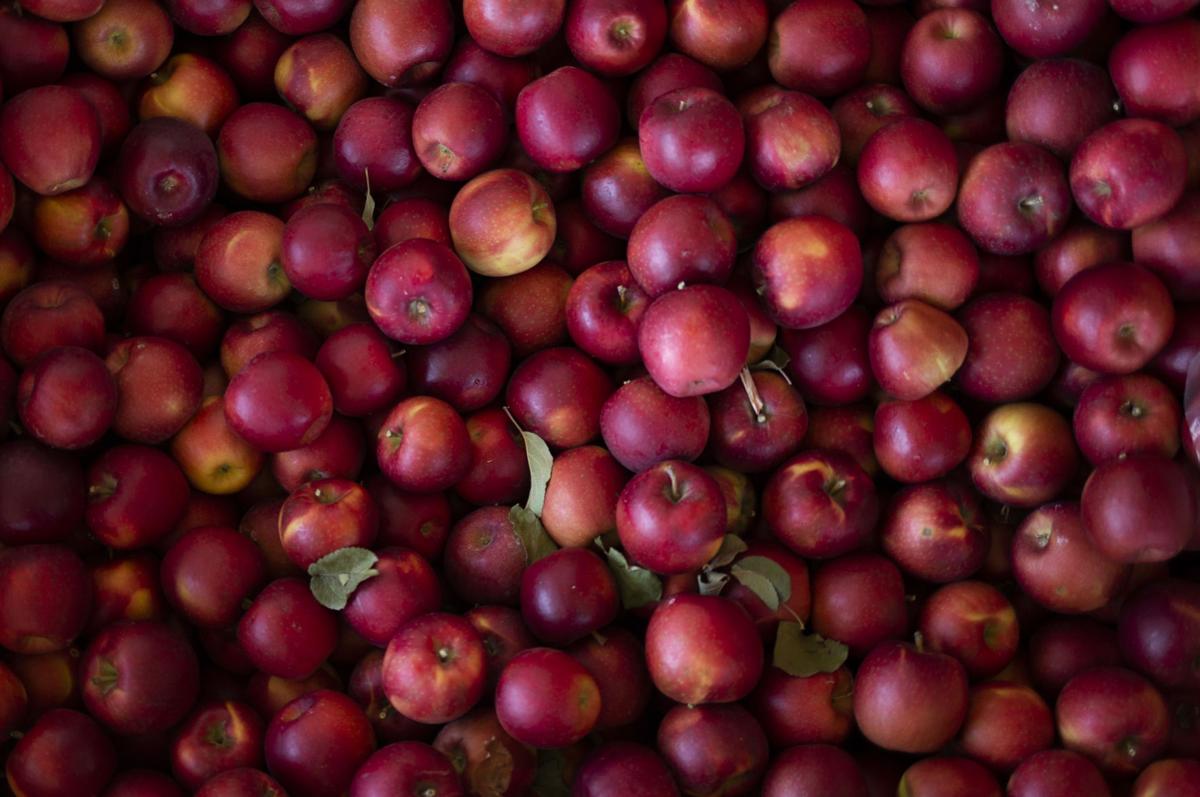 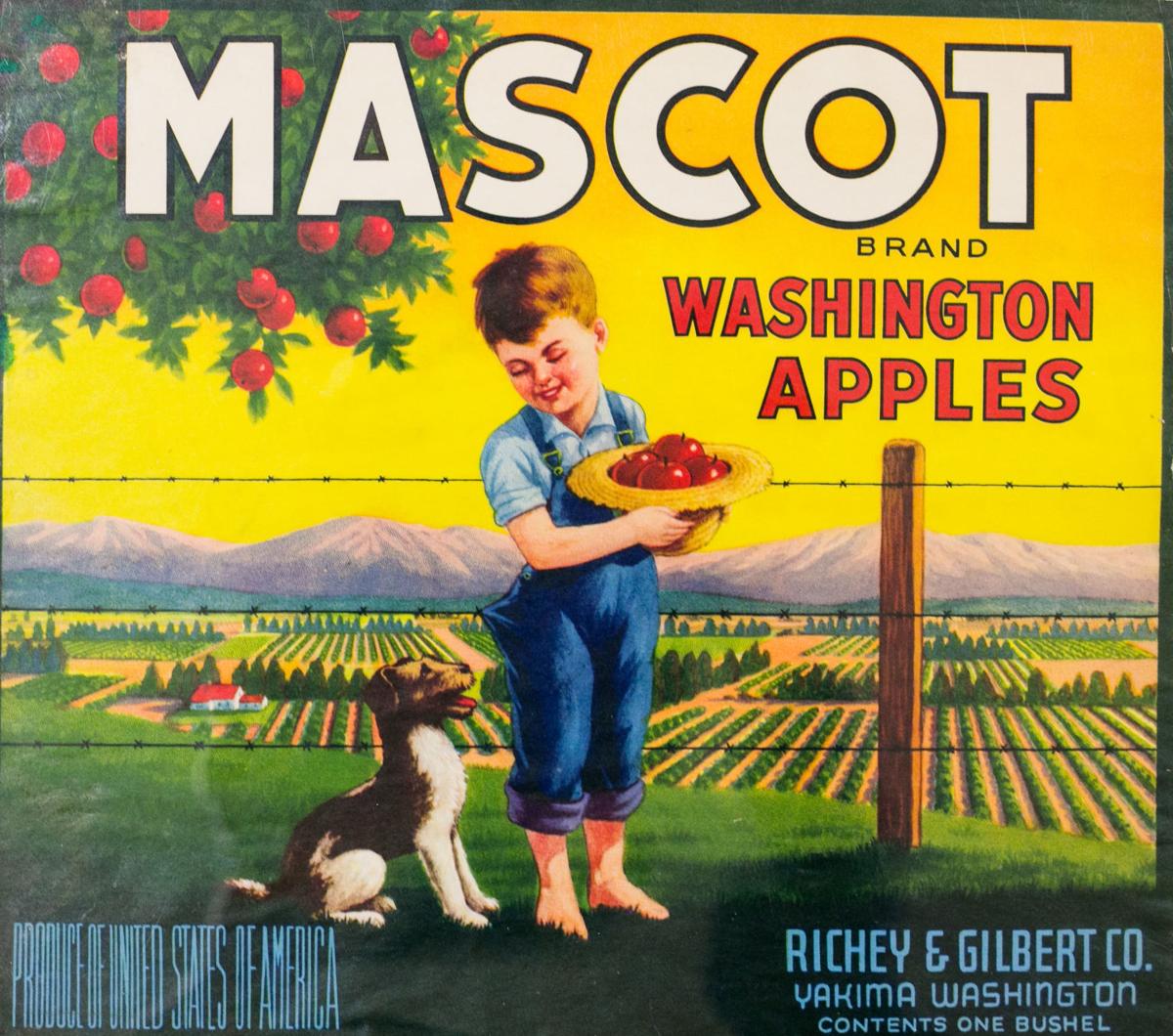 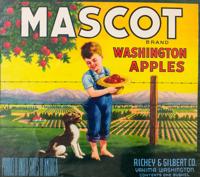 Surely the apple is the noblest of fruits.

Regardless of where you live in the United States, odds are pretty good that the apples at your local produce store came from Washington state.

Washington is virtually synonymous with apples, and the Yakima Valley is one of the largest apple-producing regions in the state. More than 60% of the nation’s apples come from Washington, and the newest apple variety to hit the market, Cosmic Crisp, was developed at Washington State University.

While the aroma of hops dominates the fall air, it’s also the time many of us enjoy glasses of fresh-pressed cider or sinking our teeth into a crisp, juicy apple, preferably one from a farm market or picked right from the orchard.

The state owes its ability to produce apples to a combination of good soil, ideal climate, irrigation and aggressive marketing.

The only indigenous apple variety in North America is the crab apple. The other apples originated in Asia, spread to Europe through trade and were brought to North America by colonists who planted them in the eastern and midwestern United States.

Apples made their way to Washington in the mid-1820s, when the first seeds were planted at Fort Vancouver, then operated by the Hudson’s Bay Co.

Settlers arriving at Fort Vancouver took seeds from some of those early trees with them into the eastern reaches of the territory. One of them was Narcissa Whitman, wife of missionary Marcus Whitman, who planted them near what is today Walla Walla.

In the 1840s, travelers on the Oregon Trail were bringing in grafted saplings to plant in their new homes. The grafted trees guaranteed consistency in the apple variety, as opposed to the gamble of using seeds. This led to the development of apple orchards in the region, but it was mostly a local product as there was no way to get them to distant markets before their shelf life expired.

Washington’s volcanic soil proved an ideal medium for growing apples, and initially the west side of the state was the best place to grow apples because of mild winters and abundant rain, compared to the arid east side.

But growers found success growing fruit on the east side by rivers. Even today, the apple-growing regions practically follow the Okanogan, Columbia and Yakima rivers.

But farmers on the east side, borrowing from the Yakama and other Native people living here, harnessed the rivers and streams to irrigate tracts of land, turning what had been sagebrush into orchards and farms.

Among those pioneers in irrigation were Charles Schanno, who diverted water from the Yakima and Naches rivers and Ahtanum Creek, and Walter N. Granger, who built the Sunnyside Canal that opened the Lower Valley to commercial-scale agriculture.

With irrigation, the east side of the state became an ideal place for apple growing, as there was more precise control of how much water the apples would get, and the arid climate reduced the threat from many pests.

When the Northern Pacific Railway arrived, farmers in Eastern Washington got access to markets around the country. The advent of cold storage and refrigerated boxcars made shipping apples in large quantities more practical.

Breaking into the eastern apple market was the next hurdle.

While railroads opened those markets to Washington growers, it also added costs to the apples, making it harder to compete with eastern growers who didn’t have as far to go. So Washington’s orchardists decided to show consumers their apples were worth the extra cost because they were better.

It started first with the growers, ensuring that they knew how to produce the best possible fruit in a uniform way. This led to grower cooperatives in the late 19th and early 20th centuries, helping to achieve economies of scale in marketing and production.

They also adopted standards where apples were classified on quality, from Extra Fancy down to “C” grades.

Still, an apple could be a perfect Extra Fancy Red Delicious, but that wouldn’t matter if it arrived at the market in Chicago or New York looking like it was dribbled the whole way there.

Growers decided that they needed to do better than pack and sell their apples in barrels, as eastern growers did. It’s from this practice we get the expression about a rotten apple spoiling an entire barrel.

Instead, Washington’s growers packed their apples in wooden boxes, with each apple swaddled in paper to provide cushioning for the trip.

To further improve their odds in the eastern market, growers moved from merely stenciling their orchard’s name on the side of the box to affixing a colorful paper label.

At first, the labels showed romantic vistas of apple orchards with snow-capped mountains in the background, or pictures of fruit. By the 1920s, the labels would go with more bold lettering and graphics, such as a cowboy on a bucking bronco, fresh-faced children and women in Native American garb.

Sometimes the labels also provided whimsical puns, such as “Mascot” apples, showing a young boy carrying apples with his pants stuck on a barbed-wire fence.

(Break the name down to its syllables, and you’ll get the joke.)

The strategy paid off, as thousands of boxcars laden with apple boxes headed out of the valleys of Eastern Washington, with Yakima’s Fruit Row becoming a major staging area.

In 1937, the Washington Apple Commission was created to help promote Washington apples, first domestically and today, due to a court ruling barring the commission from charging growers fees that pay to advertise competitors’ products, now focuses on promoting Washington apples overseas, including China.

It Happened here is a weekly history column by Yakima Herald-Republic reporter Donald W. Meyers. Reach him at dmeyers@yakimaherald.com. Sources for this week’s column include the U.S. Department of Agriculture, Washington Apple Commission, Historylink.org and the archives of the Yakima Herald-Republic.